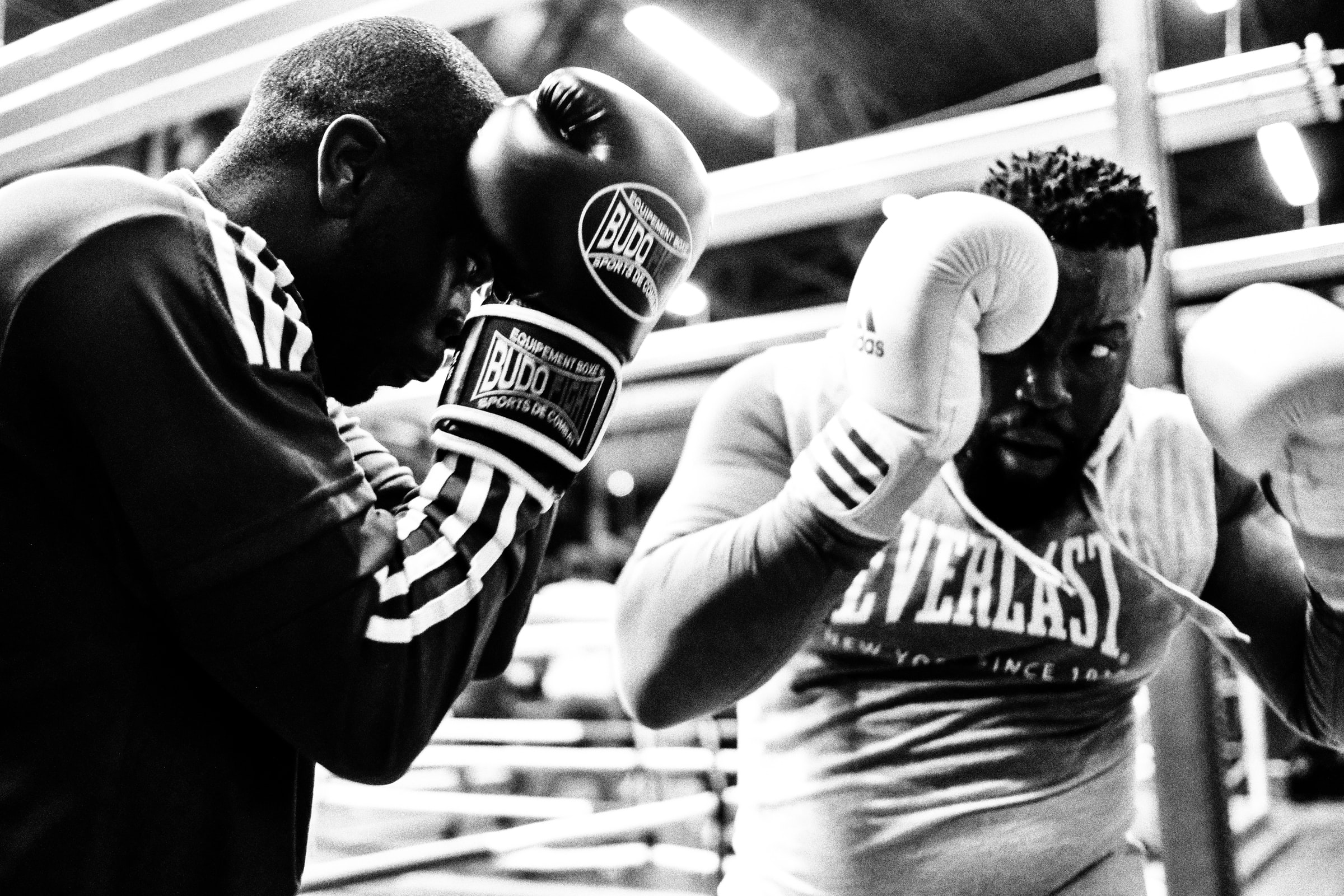 Bitcoin’s dominance is one of the biggest drivers behind its institutional interest and mainstream adoption. However, in anticipation of an altcoin rally, it was observed that Ethereum and XRP’s dominance rose 1.1% and 2.6% respectively, based on data from CoinGecko’s report.

Against Bitcoin’s gradual price rally, Ethereum’s price increased by over 50% in November and broke $600, for the first time since 2018. These two altcoins stood out with their high trade volume while Bitcoin’s trade volume on spot exchanges increased by 3.6 Billion or 18.8 % from Nov 1 to the time of writing. Despite a price rally, its dominance was capped at 65.7%, unlike the 2017 rally. 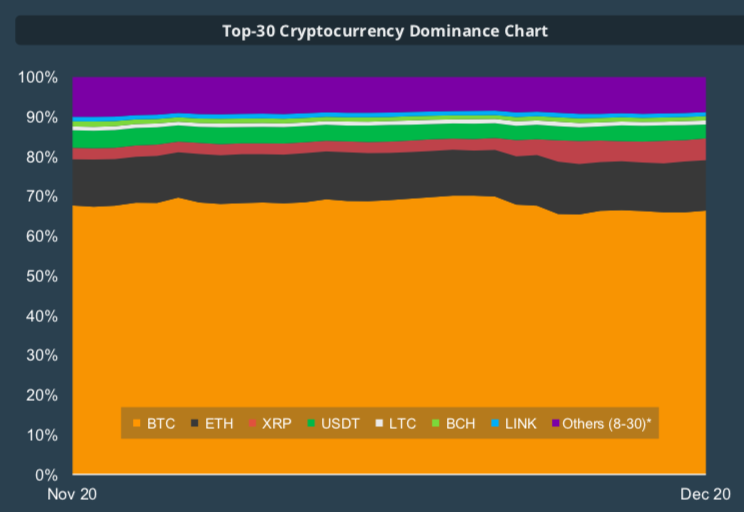 The altcoin rally had more drivers and a lack of rapid institutionalization left room for price volatility. These top 2 altcoins – ETH and XRP dominated the altcoin rally among the top 10 cryptocurrencies based on market capitalization. The altcoin rally was one that broke several records for ETH, versus other altcoins. Based on data provided, ETH options total open interest is up 50x this year and is edging closer to $1 Billion. 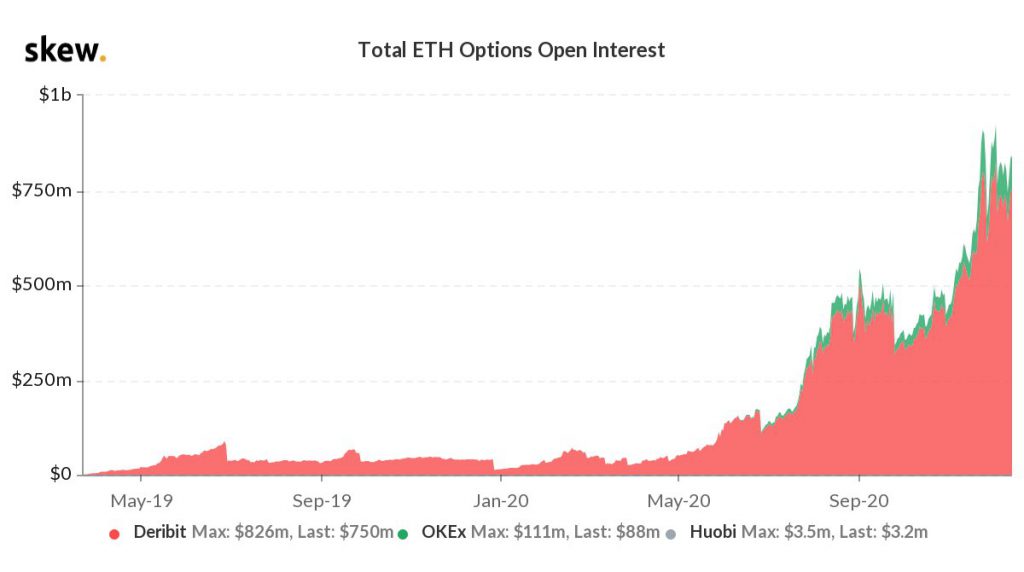 What’s interesting here is that an altcoin rally has always been examined under the lens of a Bitcoin bull run, however, the current altcoin rally has been more dominant in terms of volatility, responsiveness, and trade volume in comparison to Bitcoin’s bull run. Other contenders were Litecoin and Chainlink, however, based on market capitalization and trade volume, Ethereum and XRP dominated the altseason and offered double-digit returns on portfolios. Though DeFi gave retail traders a run for their investment, XRP and ETH closed the month with a higher price growth than Bitcoin. Against Bitcoin’s +42% rally, XRP saw its month-on-month growth skyrocket by +177%. 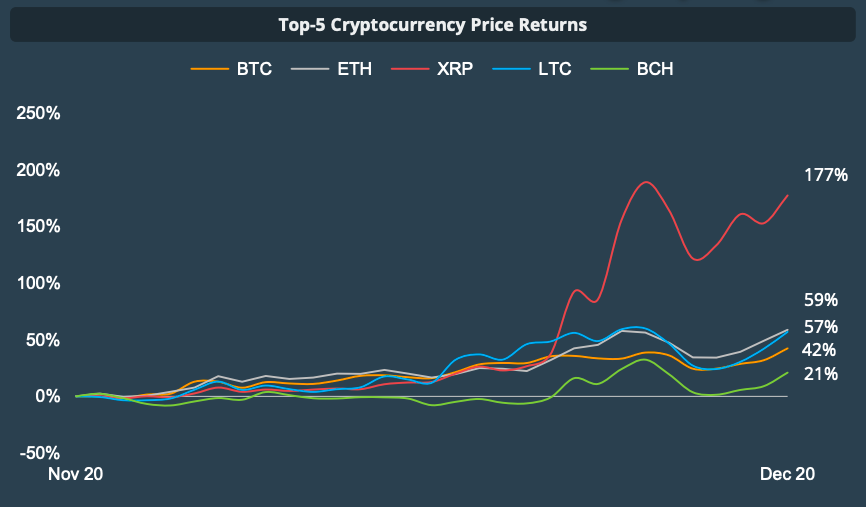 Apart from Bitcoin and DeFi’s top performers, XRP offered 177% returns in November, and that came as a surprise to most traders. Three-digit returns made XRP the top-performer in the altcoin rally and it is likely that the altcoin price rally has increased retail traders’ interest in HODLing.