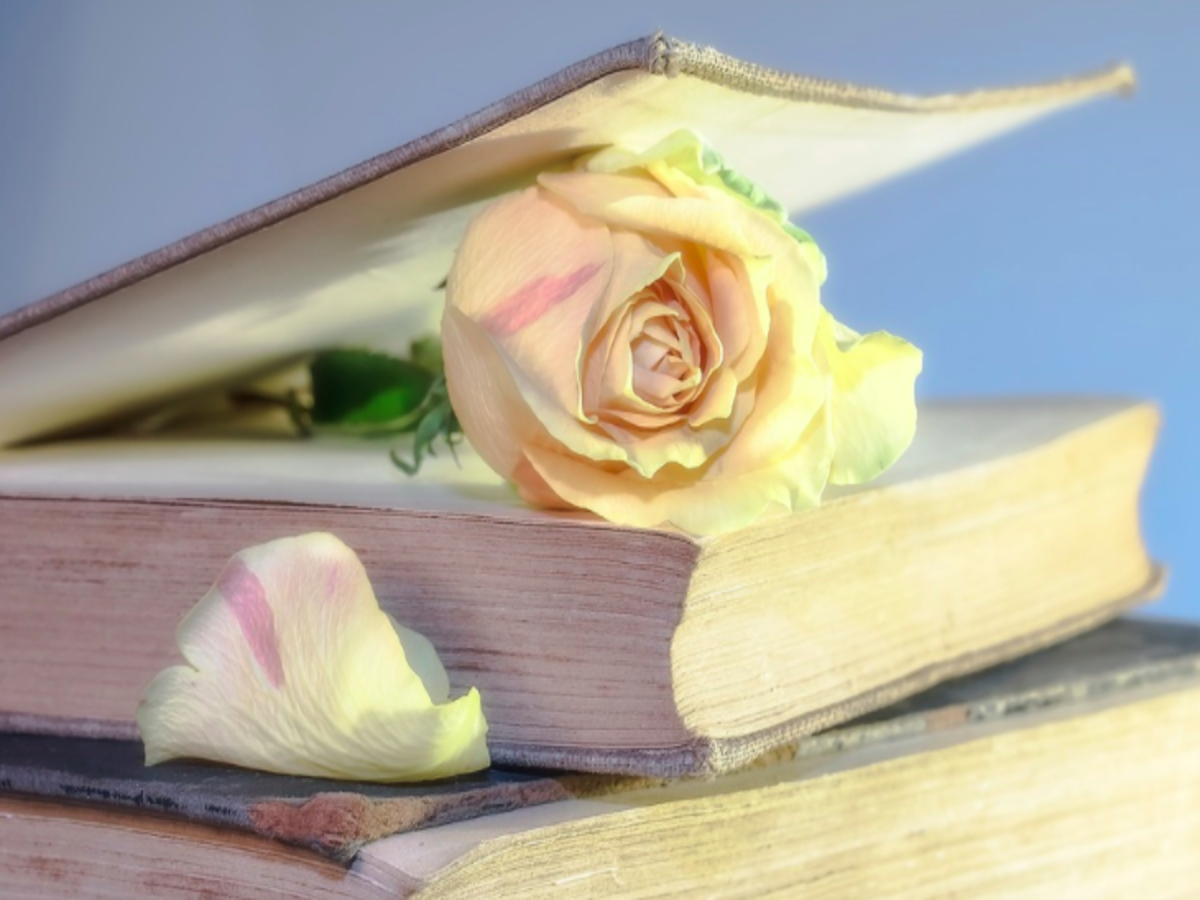 Crypto-rankings are seldom static. They keep fluctuating to keep pace with the changing market dynamics. Now, a few coins have already managed to create a niche and have held on to particular levels. Others, on the contrary, find it an everyday struggle to retain their respective positions.

Not-so-popular cryptos keep shuffling places more often than large-cap coins. Consider the case of Oasis network’s ROSE, for instance. In October, when its market cap was around $270 million, this coin’s ranking was more inclined towards 200.

Fast forward to December, ROSE has already made it to the top-100 list. It boasts a market cap of more than $950 million.

Well, the numbers speak for themselves. Oasis network’s growth over the last couple of months has been quite phenomenal. And the same, in effect, has managed to rub off positively on its native token’s value.

Before proceeding to why investors should care about this token, it is quite crucial to understand the nitty-gritty of its ecosystem. Oasis network is an L1 blockchain built for open finance using Cosmos’s SDK framework. The network’s architecture is quite similar to that of Avalanche and Polkadot. More so, because the contract settlement and consensus layers are distinct.

Now, it is also interesting to note that along with scalability and low gas fees, this network brings along with it privacy features. This, in turn, makes it a decent alternative when compared to other pre-existing networks.

Amidst the novel traction being garnered, several question marks have been raised by community members. People, to a fair extent, are scared to, both, test the network’s waters and add the token to their portfolios.

Worth giving it a shot?

Well, the token and network’s progress over the last couple of months has been quite organic and non-hype-driven. The network’s developmental activity, for instance, is currently hovering around its peak. The latest incline is a testament to the project’s increasing pure development-oriented events in its Github repository.

Developers usually work on projects to improve them and aid in maintaining their relevancy over time. So, the current state of this metric is a huge positive, for it is arguably synonymous with a shielded future.

The ROSE-related chatter on social platforms has also seen a substantial increase recently. The same was evidenced by the coin’s social volume metric. Now, price peaks for this coin have more often than not coincided with more and more mentions on social channels.

Thus, as long as social sentiment remains strong, ROSE would obliquely benefit from the same.

Since October, the alt’s Sharpe Ratio has registered a gradual incline. The same was around 4, at press time. Now, this essentially means that investors are being fairly compensated with returns for the risk borne by them.

Besides getting ‘in for the tech,’ the ultimate aim of most investors is to fetch returns and maximize their profits. So, given how things have panned out thus far, this coin seems to be a lucrative pick. 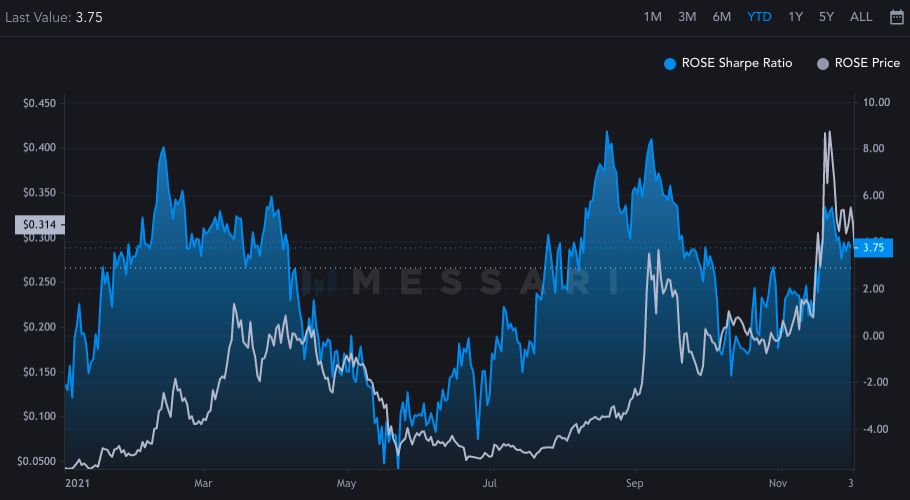 Furthermore, Messari’s data seemed to suggest that ROSE additionally fetched over 12% staking yield returns. So, participants in the hunt for passive income might enter the ecosystem in the near future. When that happens, the token’s demand and price would eventually increase.

In light of the aforementioned trends and datasets, it can be professed that this project has the scope to grow. Its network can be tried and tested and hardcore investors can further consider adding this coin to their long-term portfolio around the current $0.2-level.