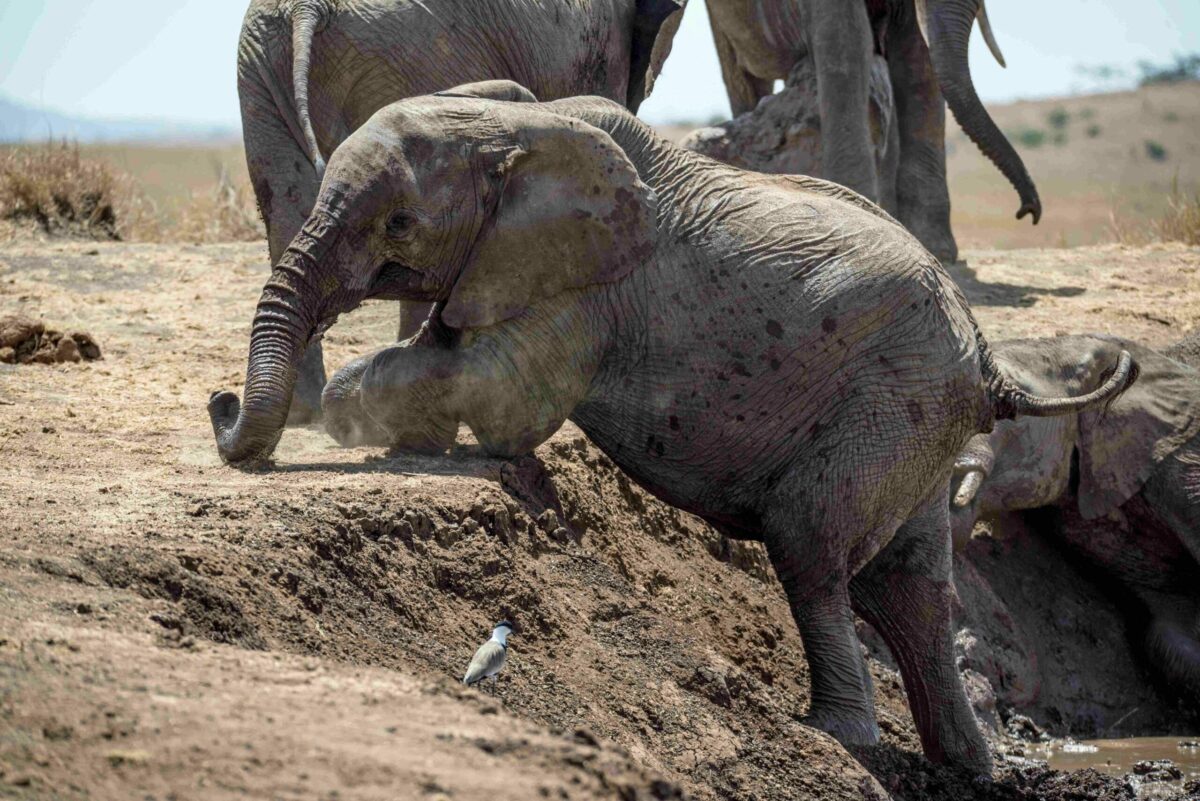 Bitcoin breached $55,000 over the last 24 hours, a valuation it last saw on 12 May. Ethereum also recorded a re-test of its monthly highs.

On the contrary, Cardano is yet to top the value it set on 2 September. While the top two assets have recovered in unison, its compatriot ADA hasn’t been able to muster enough bullish momentum. This has been an unlikely character trait for Cardano in 2021.

In this article, let us analyze ADA’s recent activity to understand the current roadblocks, if any, faced by the digital asset.

A lack of Cardano buyers invalidating its bullish case? 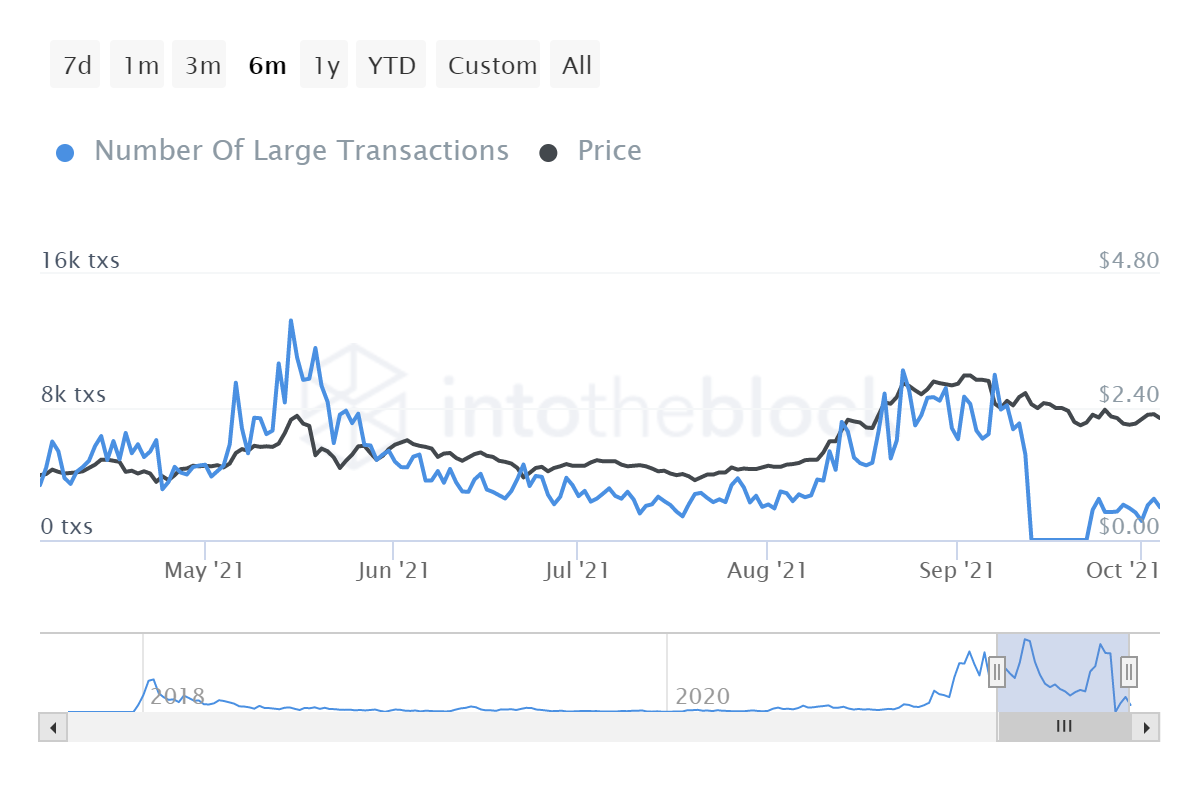 According to data from IntoTheBlock, the average number of large transactions on-chain for Cardano dropped steeply during the end of September. Since the recovery begun, the number of average transactions has remained under the mean value set over a period of 6 months.

Large transactions usually define investors facilitating transfers of $100,000 or more. So, a drop in large transactions indicates that the activity witnessed early in the year isn’t evident at the moment.

What’s more, its active address ratio has also dropped below the average, suggesting that addresses with a balance have conducted fewer transfers since 15 September. 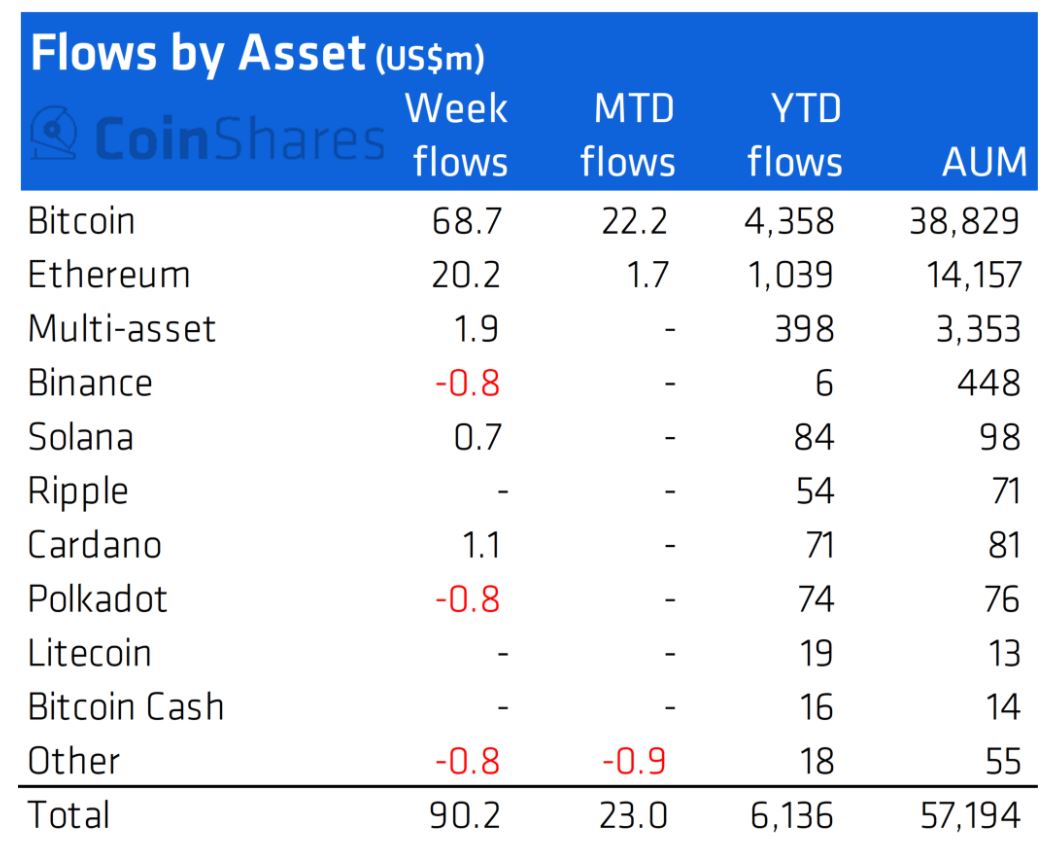 A lack of Institutional buying was also observed in CoinShares’ recent weekly inflows report. According to the same, Bitcoin and Ethereum registered inflows of $68.7 and $20.2 million, respectively. However, Cardano claimed only $1.1 million in capital inflows.

Here, it is important to note that none of the other assets registered any significant inflows as BTC, ETH dominated proceedings.

In all fairness, Grayscale did mention that Cardano is an undervalued project in its recent “An Introduction to Cardano” report. Alas, it also highlighted the immediate potential risks associated with ADA.

For example, the report suggested that Cardano has no track record of any mainnet application ecosystem since smart contract functionality has just been added to the fold. Hence, it is still unproven in terms of dApp accommodation and user adoption growth.

“Cardano faces strong competition from other Layer 1 base blockchains with smart contact functionality, including: Ehereum, Solana, Internet Computer Protocol, Avalanche, and others.”

Timeline for an eventual recovery?

In the short-term, Cardano’s brakes might be on. However, a foot on the pedal can be unleashed anytime if the top two assets continue to push their market cap, bringing more liquidity into the collective market.

At the time of writing, Cardano seemed to be struggling to break above the resistance zone of $2.30-$2.20. Hence, a daily close above this range may allow the asset to bring in bullish sentiment. Soon after, investors can flock in to push the price higher.

At press time, trading volumes remained extremely low too, as identified by the early on-chain metrics mentioned above.

Related Topics:Bitcoin institutional investorsCardanofeatured-main
Up Next

Aave may be on a slippery slope, but here’s why there’s hope for recovery