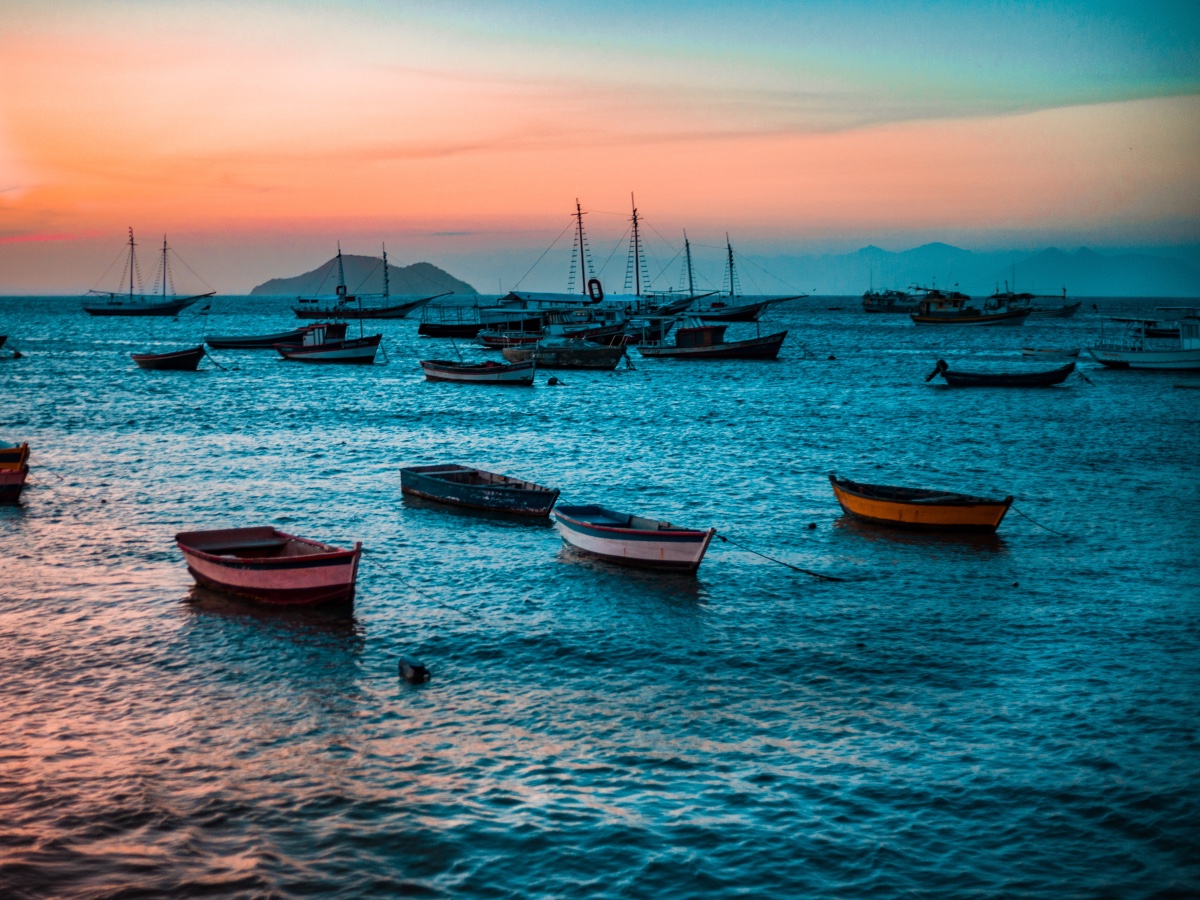 To say that there was hype when crypto influencers teased the idea of Solana NFTs on OpenSea, would be an understatement. Many investors thought that Solana’s long-awaited entry into the OpenSea marketplace would lead to an explosive rise in trading volumes and transactions. Now, a few days after launch, the numbers are telling a different story.

Artist’s block or something else?

While excitement was evident on 6 and 7 April, Dune Analytics showed that OpenSea daily volume for Solana has been declining. While 7 April saw volumes of more than 6,000 SOL, this was roughly 1,228 SOL just ten days later. 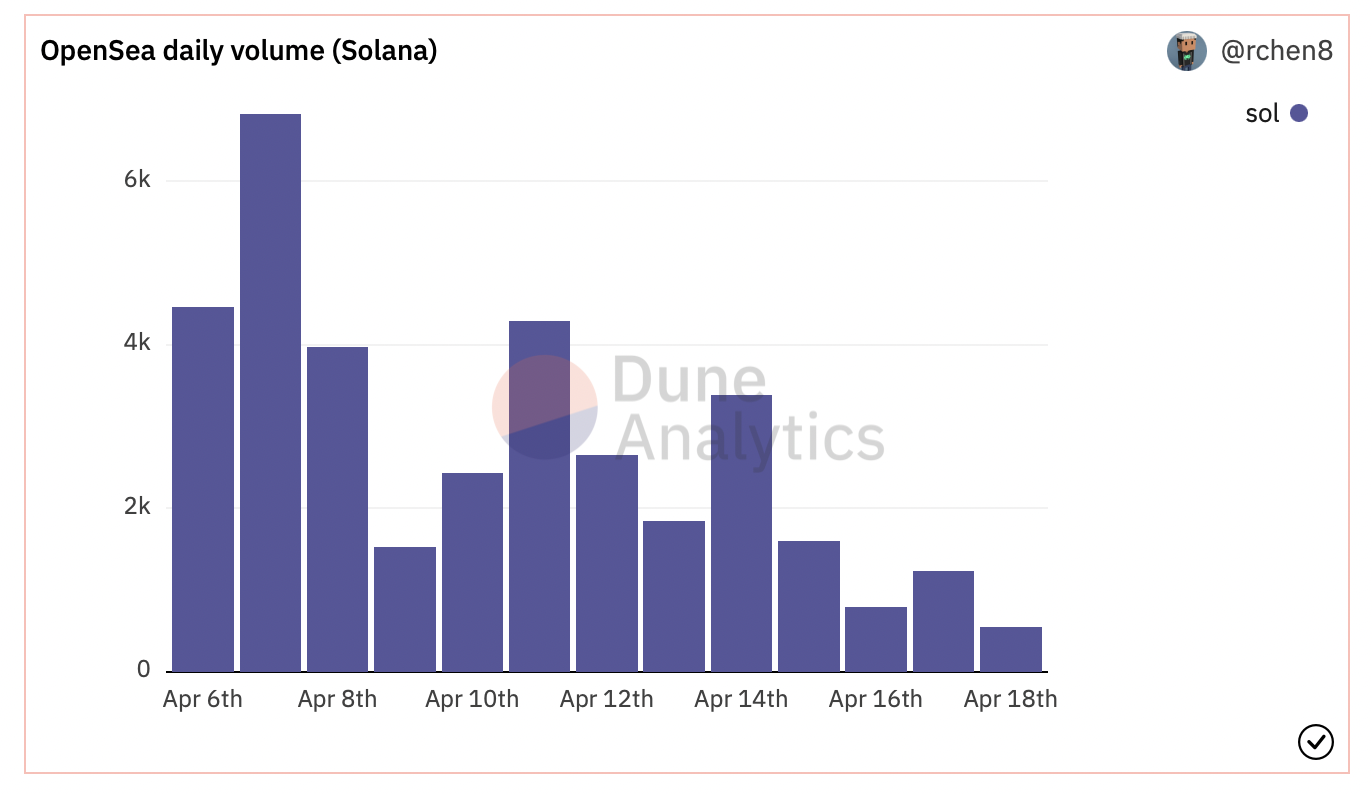 So, you might ask, where are Solana users and fans getting their NFT fix, if not from OpenSea? The truth is that Solana has its own flourishing NFT scene with multiple marketplaces and protocols that have been taking off since the NFT boom of 2021.

According to Dune Analytics, the winner is undoubtedly Magic Eden, which dominates Solana’s NFT market – for now, at least. Compared to its share of the market, OpenSea is just the tip of a much larger ice berg. 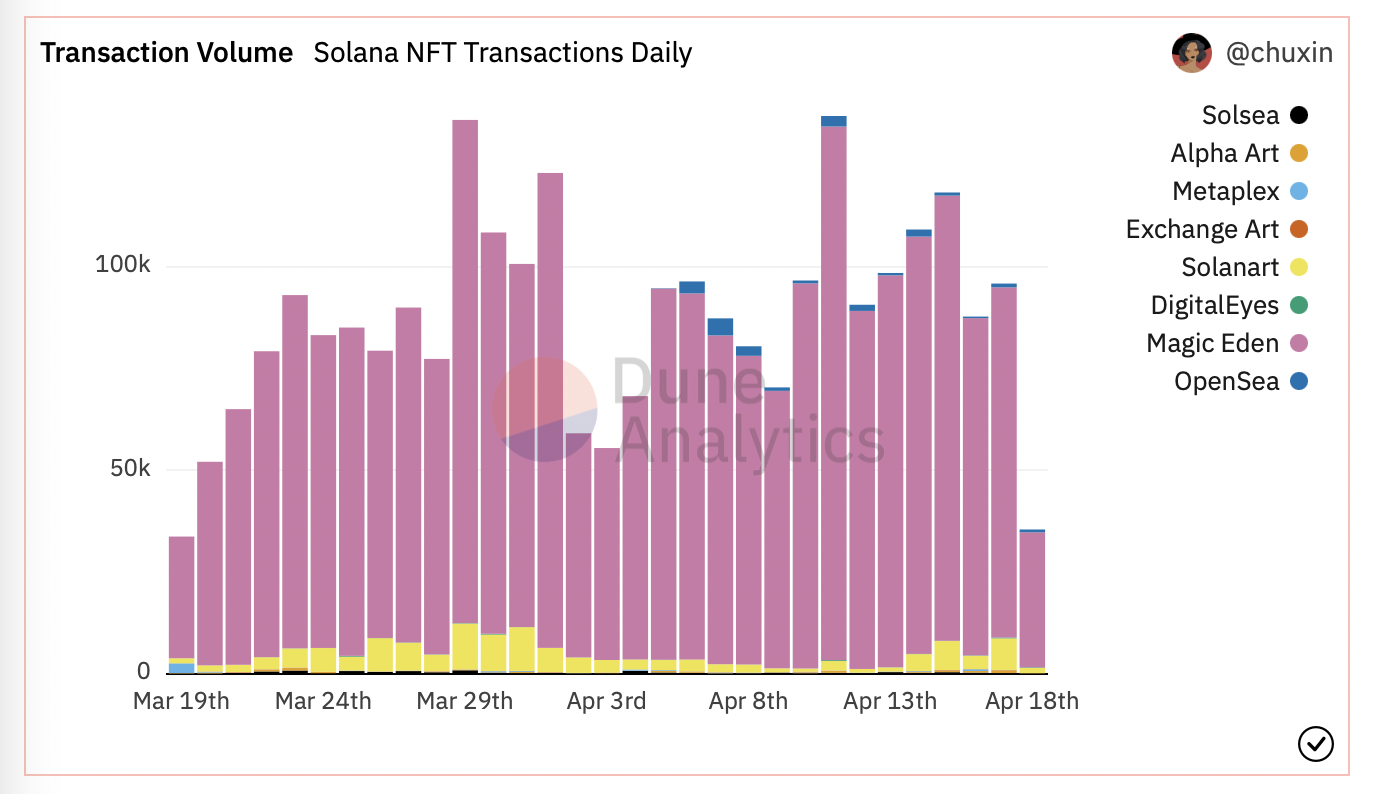 Adding to that, Magic Eden reigned supreme even when it came to Solana NFT transaction counts on a daily basis. Close behind it came Solanart and Solsea. Meanwhile, OpenSea was again a minority amongst minorities. 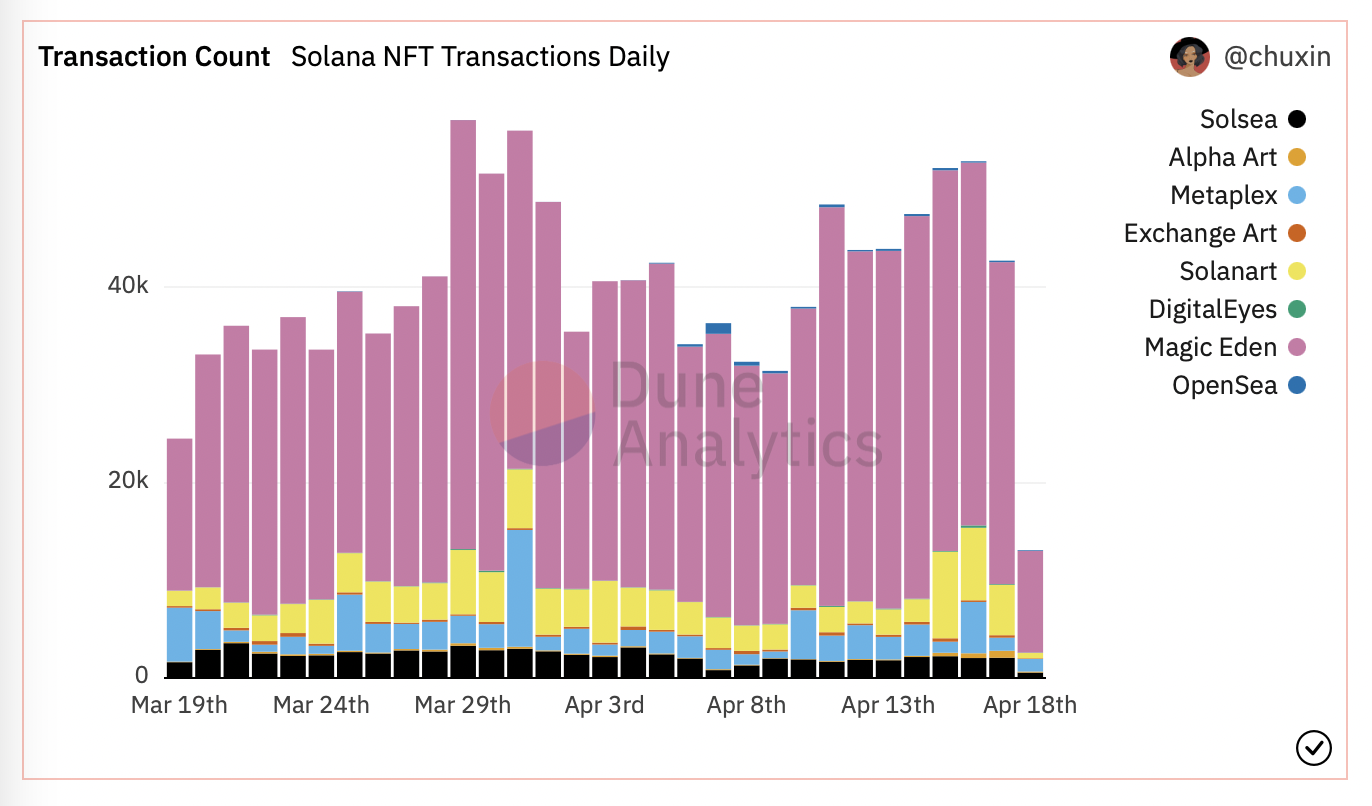 What will the NFT giant have to do in order to bring Solana NFT buyers to its own platform? There are plenty of options, but it seems Solana NFT buyers and creators are in a prime position to be offered exciting incentives by OpenSea.

Admittedly, it’s not a great time for bullish investors in the crypto market, as Bitcoin fell below $40,000, bringing down the major alts with it.

Last week, Solana had already fallen behind XRP in terms of market cap and was still in seventh place at press time. What’s more, SOL was trading at $96.73, having fallen by 5.06% in the past day, while losing 12.59% of its value in the last  seven days.

Binance Coin: Amid weak sentiments, how BNB is managing to stay optimistic

Grayscale CEO: It is ‘a matter of when and not if’ the SEC approves a spot Bitcoin ETF