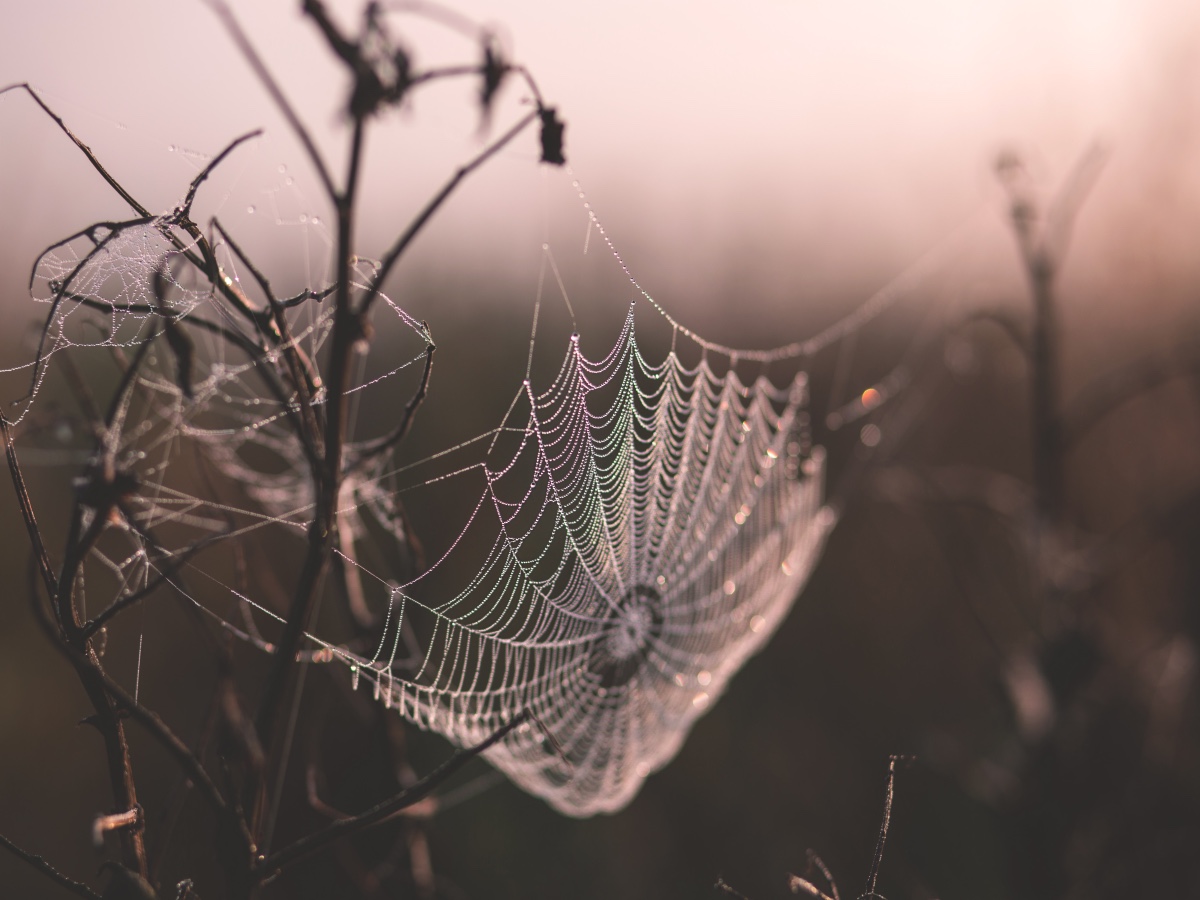 How many times can you survive a near complete devastation of the self? This might sound like a spiritual question, but it has a lot to do with crypto as well.

Today, we’re talking about one meme coin in particular.

Please don’t pet me, I bite

Emerging sometime in mid February 2022, Spook Inu [SINU] is yet another memecoin in a long line of BEP-20 tokens that recorded a vertical rally taking it practically to the moon – before losing almost 100% of its value in a matter of days. 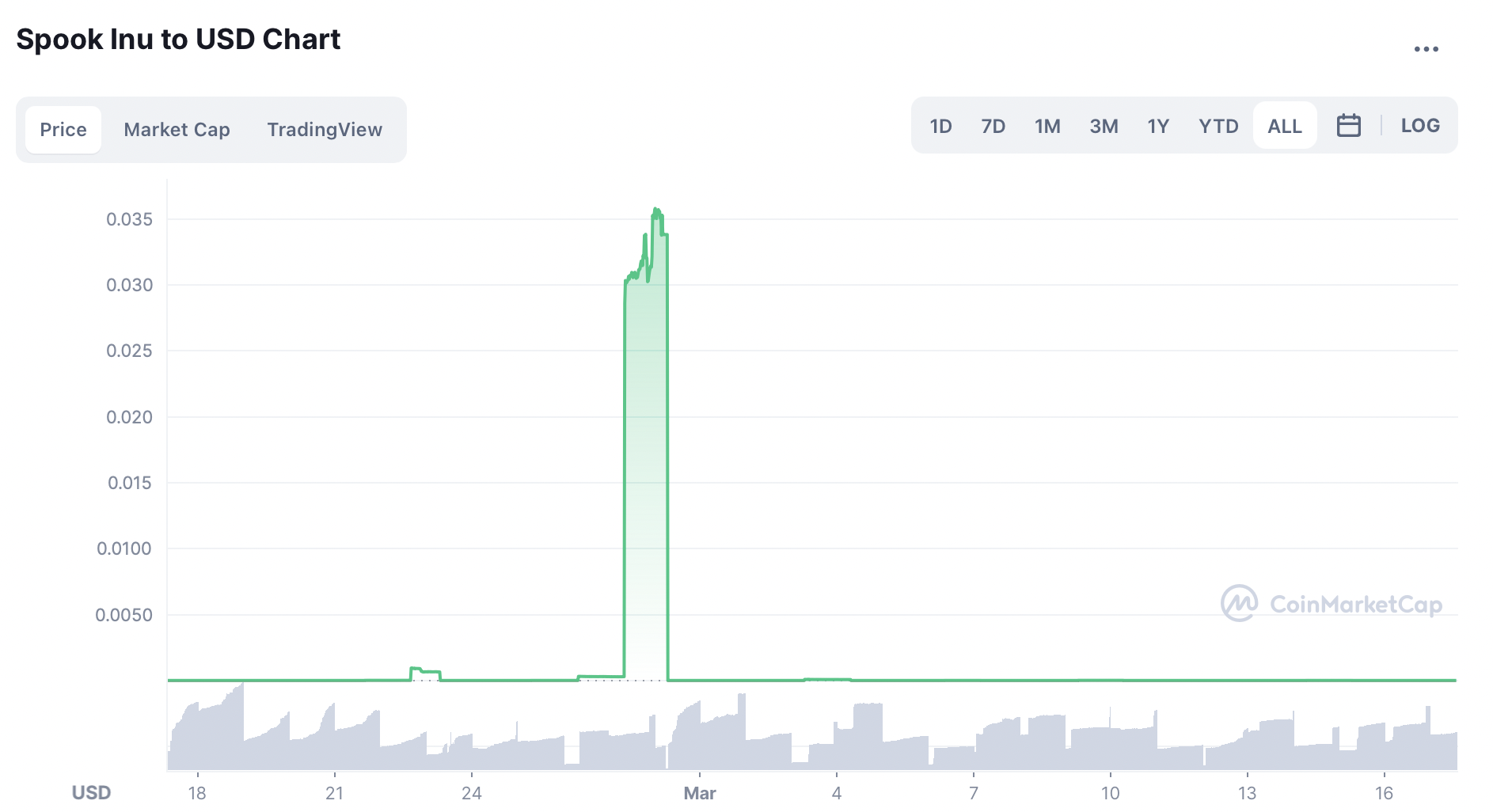 Since then, SINU has been on CoinMarketCap’s “top losers” list. However, the token has recorded several smaller but still vertical spikes that helped it avoid looking like a rug pull or a scam coin. 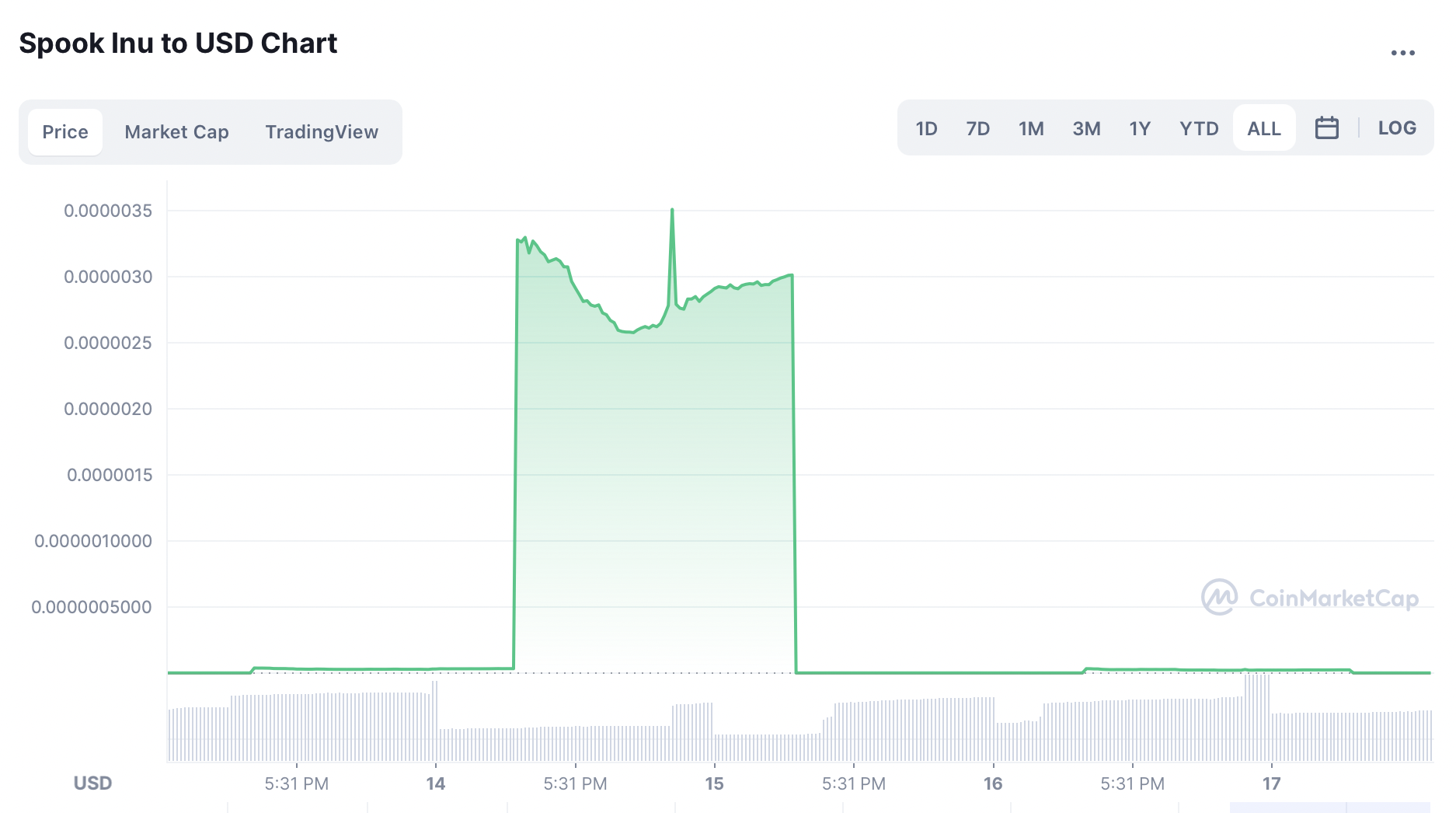 Adding to this, Spook Inu’s white paper warned users that it was using the rebase functionality to keep trading activity energetic and to create more demand. SINU’s official website also told users to expect a drop in the number of tokens in their possession due to this.

However, several users were reportedly unprepared for the shock.

A quick look at BSC Scan revealed that 5,130 addresses had made around 39,939 transfers.

Projects like Spook Inu bring us back to the question of whether or not Coin Market Cap’s coin or token listing requirements need an update. At press time, founding and developer teams submitting a project to the rankings website were not required to submit details such as source codes or white papers.

What’s more, the impact of these policies become clear when looking at projects like Shiba Tron [SHIBT], which Peckshield reported was a honey pot, with token selling restrictions.

Like SINU, Shiba Tron published a very casual whitepaper and there was little to no information about the founding team or development credentials.

Furthermore, Peckshield released a list of over 50 Binance Smart Chain based tokens, which it felt showed signs of being a rug pull.