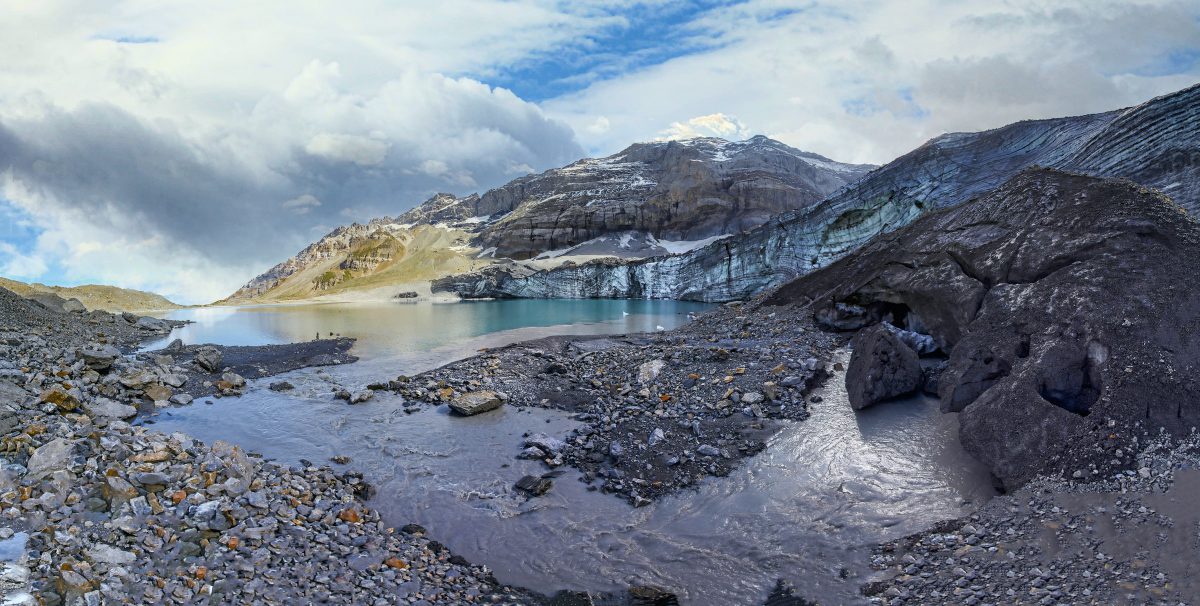 As Bitcoin’s price rallies there are a few traders wishing for one last price drop so they can fill their bags. This isn’t what retail traders would conventionally ask for, but back in 2017, there were nearly 7 opportunities for buying more Bitcoin, before the price skyrocketed to the ATH. 2020 didn’t exactly see a lot of these opportunities and there is a demand for the same in 2021.

Popular trader and crypto Twitter influencer @asiahodl wished for Bitcoin to crash nearly 30% for one last time before another pump. Most responses on this Twitter thread were hilarious, since wishing for a drop isn’t conventional for a trader. 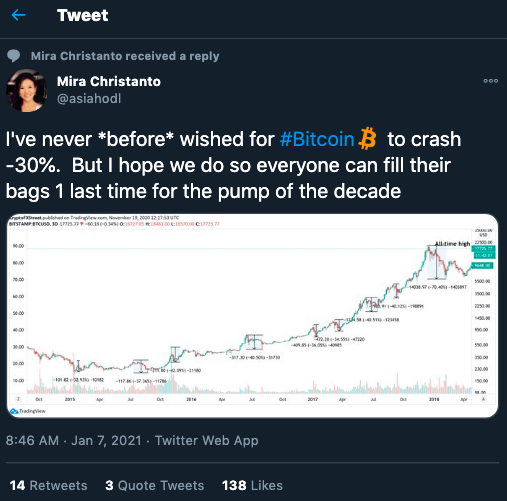 Back in 2013, the bull run didn’t exactly fly off the charts, however, in 2021, the bull run is driving prices higher in full swing, to the extent that it has outdone the 2017 bull run in nearly all aspects. The two price rallies are entirely different from each other and the difference is more fundamental than technical.

The drivers and adopters this time around have renewed faith due to institutional investors. The charts may see a sentiment check, since the last time the market experienced a bull run, there was a drop in the sentiment which in turn gave way to a cascading drop in price. Traders are closing leveraged exposure unsure of the direction that the price trend will take while ePlan B’s S2F model works like clockwork: 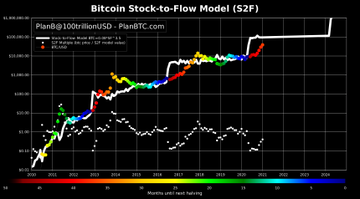 When the 2017 top shrinks further, what do we expect to see until the next halving? A drop or sideways movement? Another interesting phenomenon witnessed in this rally is the increasing number of bitcoin whales. The 100 largest Bitcoin transactions in the past 24 hours amounted to 1262327 BTC, or a little over 51% of all Bitcoin transactions, based on data from bitinfocharts. Looking at the increased whale activity, the rally of 2017 is shrinking in front of the new top discovered in 2020 and the first week of 2021.

Key metric suggests Bitcoin is about to cross a vital threshold