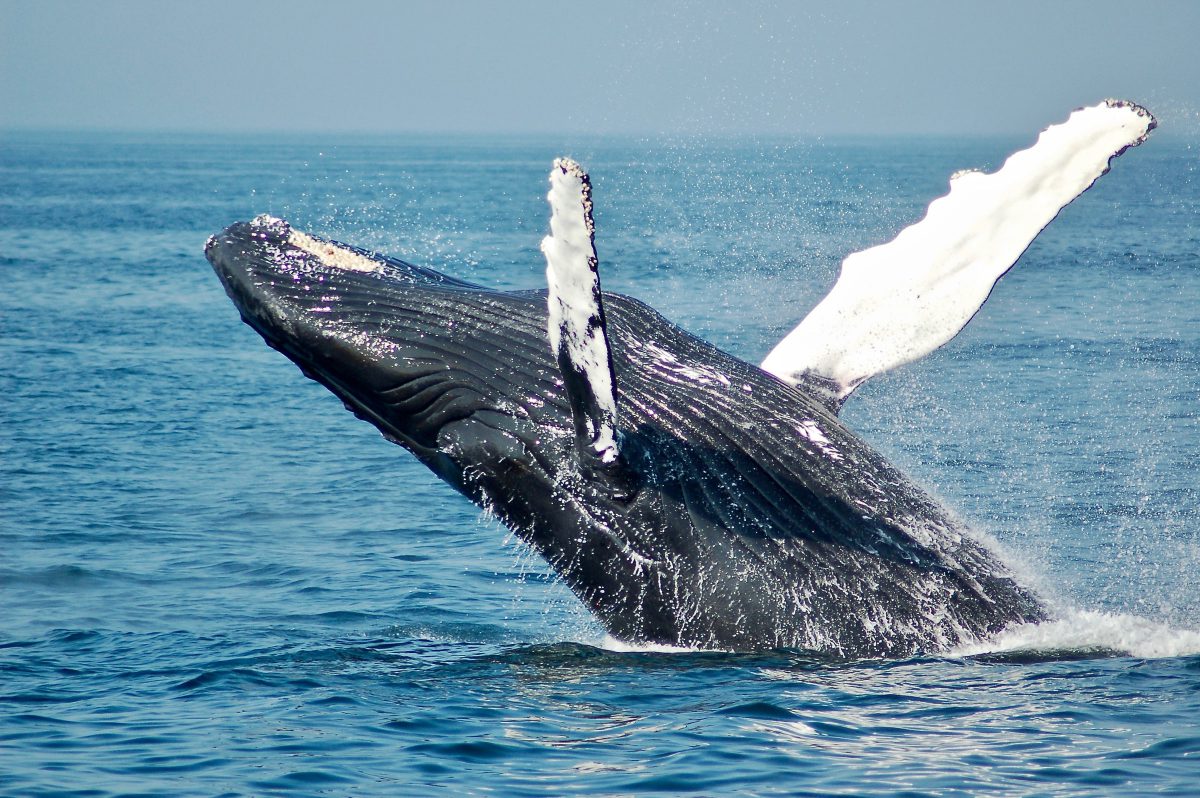 Bitcoin’s biggest holders, those who HODL more than 1000 Bitcoins in their wallets, are increasing in number, and so is the volume of the Bitcoin they are HODLing. More than anything else, such a shift in holdings signals a change in the price trend of Bitcoin. The last time Bitcoin changed hands and the HODLing pattern changed, the price hit a new ATH of $58,330. Despite recent corrections, the current price action might soon push BTC to touch yet another ATH on the charts.

Consistently holding Bitcoin for over 54 weeks led to the previous bull run, and it is expected that the trend may repeat itself. However, a more significant shift in the HODLing pattern or a hike in whale holdings would be needed for the same. While the same wasn’t forthcoming at press time, the lead time makes it effective for retail traders to determine the shift in direction of the price rally.

Apart from the whale movement and holding pattern, another metric, the taker sell volume on derivatives exchanges, has signaled that the recent dip in price means that the crypto-asset has hit its local bottom. When takers buy at the bid price, the number of assets traded contributes to taker sell volume. This volume stands out as a critical metric since it has the potential to move the price both ways.

On the other hand, takers also push up the price by selling at the ask price and this is the taker buy volume. At the time of writing, the taker sell volume was rising, suggesting that there are more takers buying at the bid price. Ergo, the price can be expected to climb higher, before any drop or takeover by the bears.

While Bitcoin’s price was still in the process of recovery at press time, it may soon be ready to bounce back above the $52,535-level. Once the taker sell volume goes above $150M, it may support the bounceback. 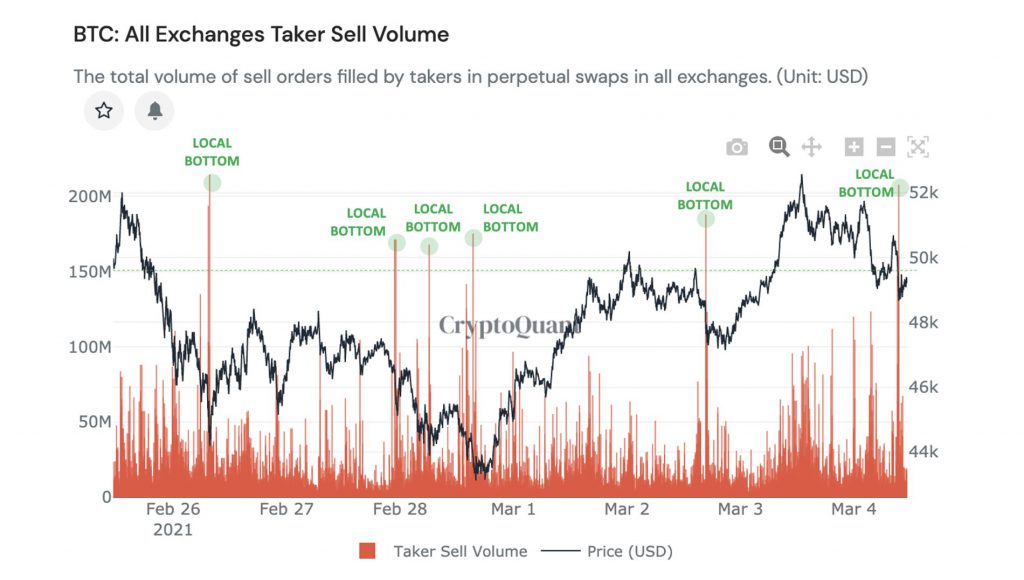 It’s worth noting, however, that this is not entirely conclusive. In fact, it has emerged as a trend over the past few market cycles. Additionally, over the last 30 days, Bitcoin’s on-chain volume has risen by 4.5%, climbing to $319.3 billion up from $297 billion within a month. Whales and institutions are buying, and what’s interesting is that Bitcoin’s active supply is increasing so, this could go either way.

If the active supply increases consistently just as USDC and Tether inflows are, there may be a hike in selling pressure. Or else, it may be a sign of changing hands and taking profits before the next dip sets in for whales to buy further and increase their holdings.

Related Topics:bitcoin athBTC 2021
Up Next

Bybit to shut down operations in U.K to comply with FCA mandate