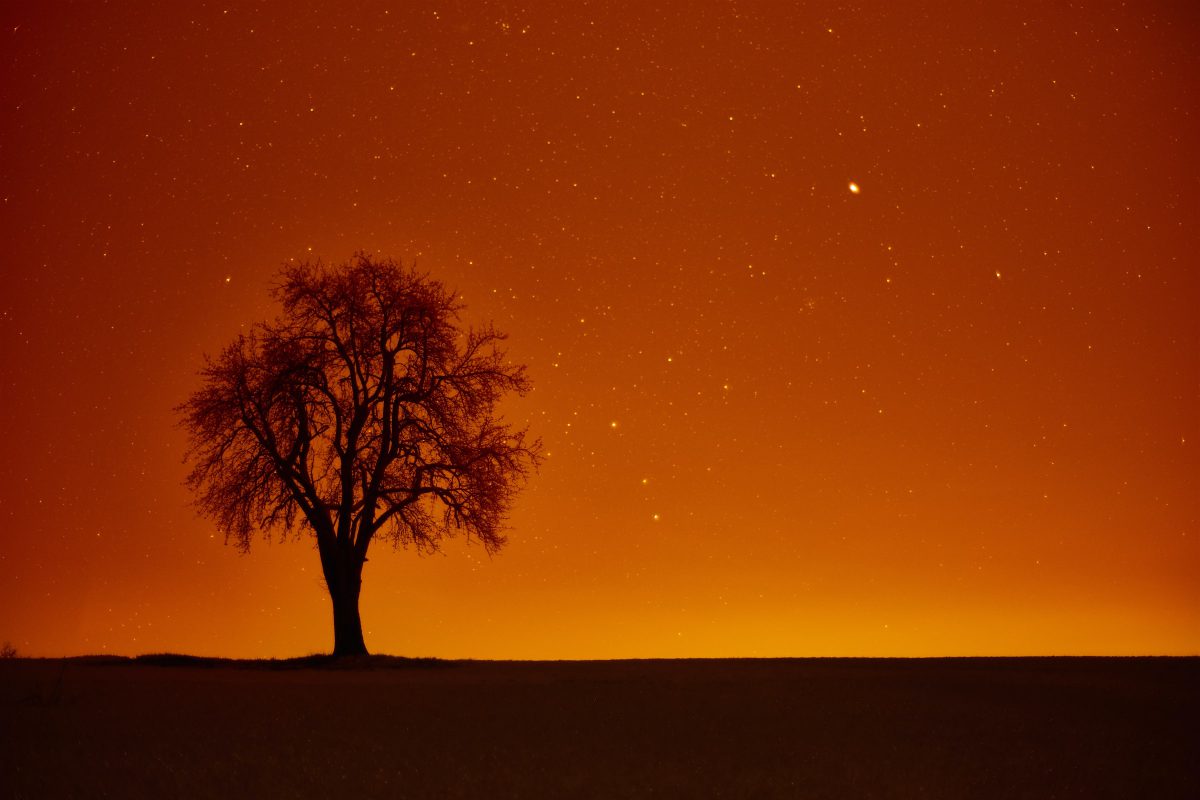 Exchange Bitcoin reserves have dropped steadily to correspond with the cryptocurrency’s price rise, with the number of Bitcoin withdrawals from exchanges recently climbing to a 3-year high. This is an incredibly bullish sign during a bull run. It is safe to say that Tesla’s latest purchase has fueled the price rally and it may be overextended since the price hit a new ATH of $48,000 this week.

However, Ark Invest may be one step ahead of Tesla, with their Big Ideas for 2021 report. Though a case where all S&P 500 companies allocate 1 percent of their cash to Bitcoin is hypothetical, there are a few key takeaways here.

Consider this – One of the consequences of the same, according to ARK Invest, will be the cryptocurrency’s price hiking by over $40,000 on the charts. Though hypothetical, this is a flavor of Bitcoin’s performance for those institutions who aren’t yet convinced by Michael Saylor’s statements on Bitcoin and why MicroStrategy made bold moves.

It should be noted, however, that investing in Bitcoin and Grayscale’s Bitcoin equivalent – GBTC – are two entirely different phenomena since in the latter case, the impact is made by GrayScale and their purchase, and there is a premium on the price. Ark Invest’s Big Ideas may open the way and reduce the barrier to entry for top institutions looking forward to investing in Bitcoin with the associated risk. Further, this would increase demand on exchanges like Coinbase which primarily cater to institutions. 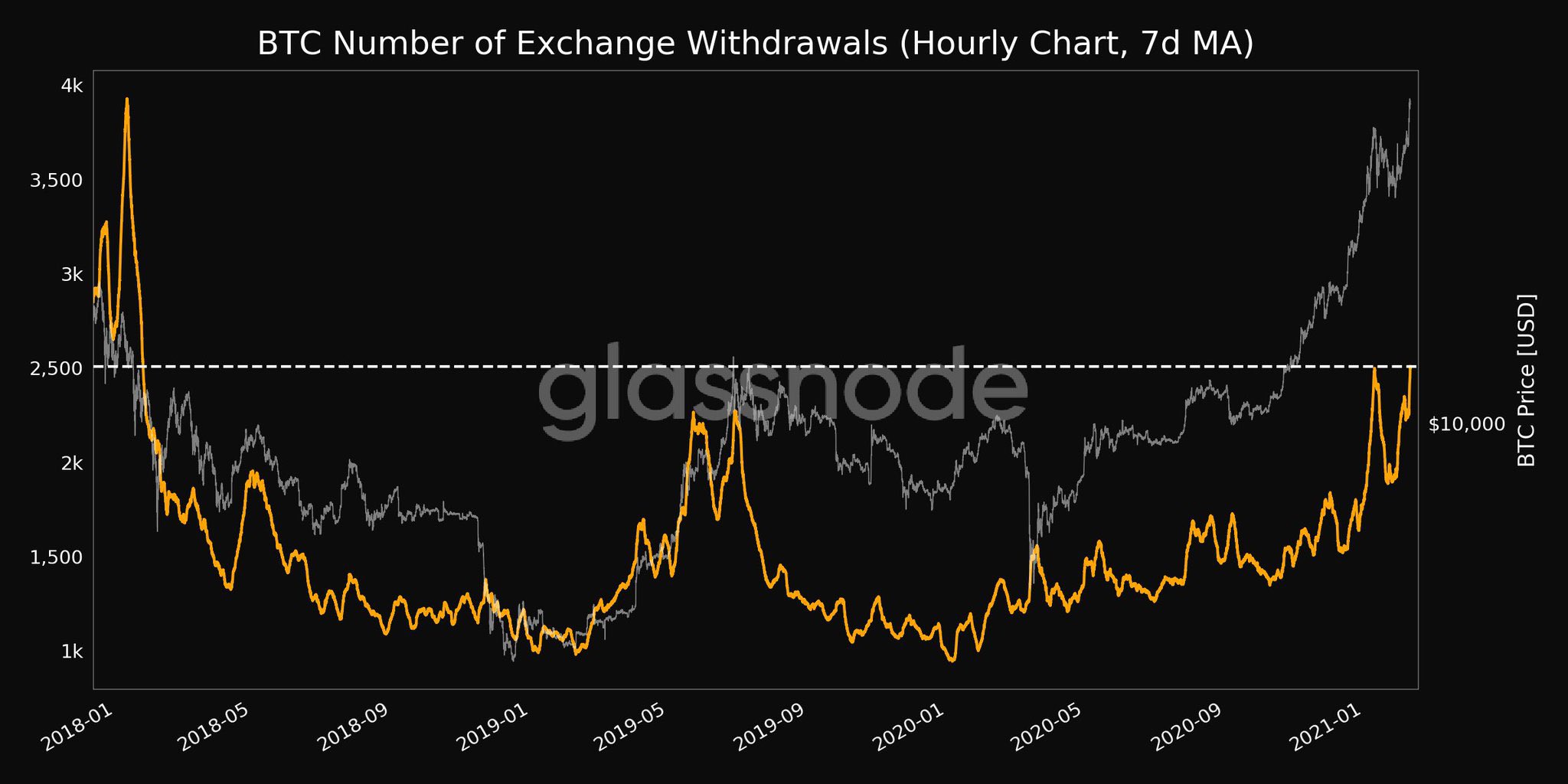 This can be confirmed over the following two weeks, based on the outflows of Bitcoins from Coinbase. Large outflows would confirm this, irrespective of institutional buying on Coinbase or elsewhere. Additionally, increased withdrawals from exchanges are a bullish sign in a price rally that is already bullish. Also, Bitcoin’s active supply has increased alongside an increase in exchange withdrawals. In fact, the active supply, last active in the past 10 years, hit an ATH on the charts. 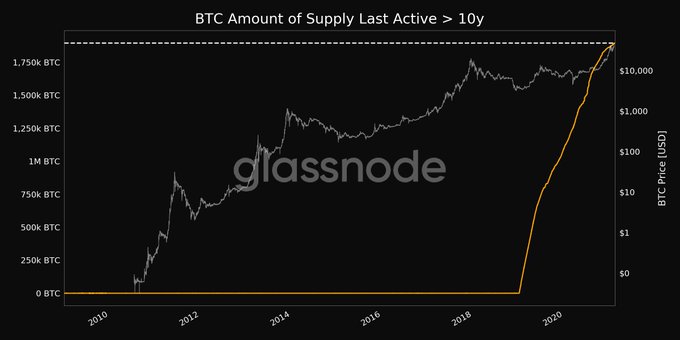 It would be interesting to watch out for a spike in the active supply. If it increases faster than exchange withdrawals, the supply may exceed demand on exchanges. This would lead to a price correction, as noted several times since the price crossed the 2017 ATH of over $19,000.