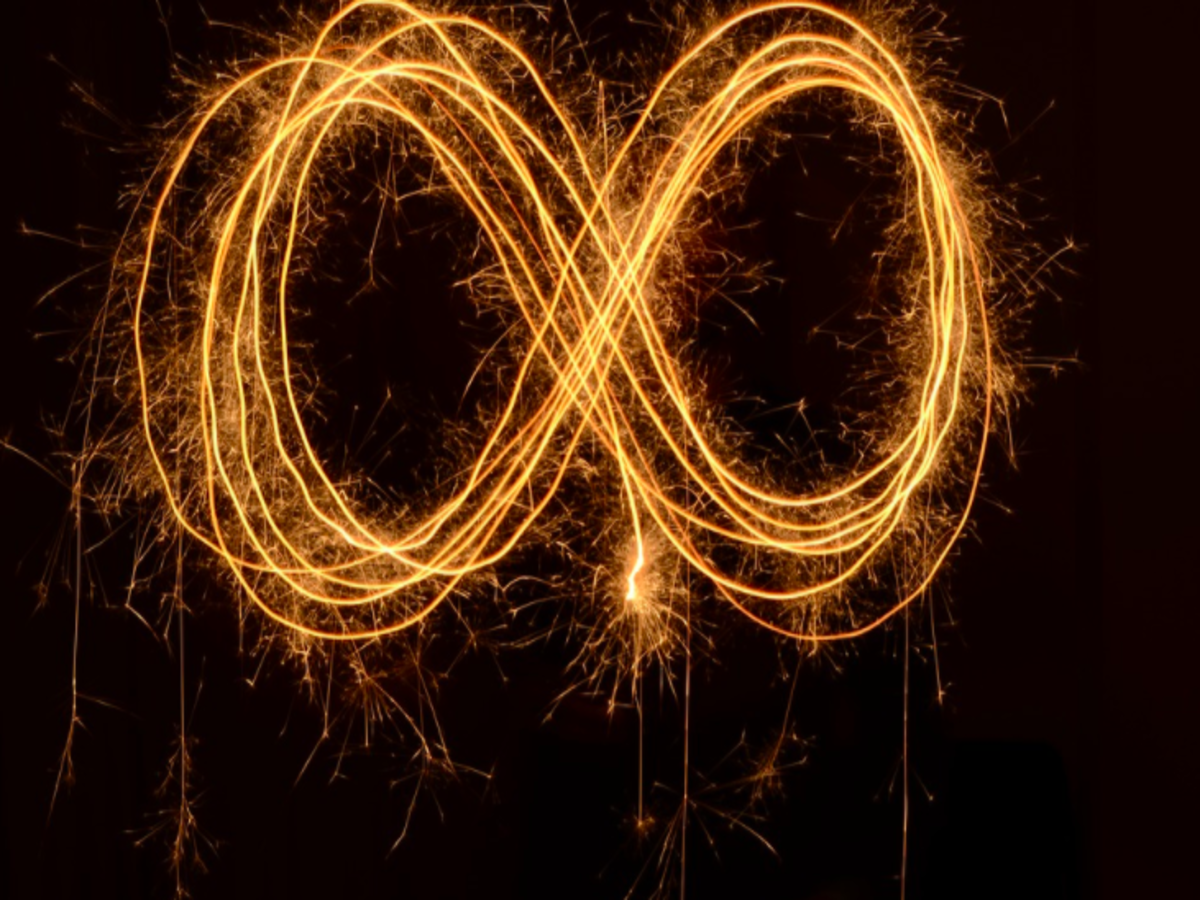 The year 2021 has been quite phenomenal for Axie Infinity. On 1 January, this gaming token was merely valued at half a dollar. Fast forward to December, AXS has appreciated by more than 250 times.

December has, however, been quite different. AXS registered 7 straight red candles in the first week, accounting for a dip as deep as 30%. Nonetheless, the past two days have seen the token bounce back to a fair extent. At press time, AXS was seen trading 15% higher when compared to its 6 December lows.

So, would the uptrend last?

To answer the point – Likely not.

Consider this – Axie Infinity’s correlation with Bitcoin has drastically risen since the beginning of November. At the time of this analysis, the number pretty much revolved around 1.

Now, throughout November, as other gaming tokens like SAND, MANA, and ENJ went on to create highs, AXS excluded itself from the race. It was instead busy treading on the path carved by Bitcoin. So, given how the relationship of these two cryptos has evolved over the past month or so, it doesn’t seem like AXS’s uptrend would last for long, until BTC recovers. 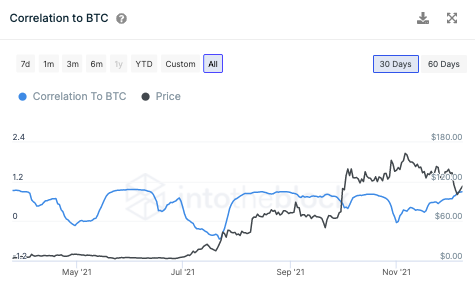 Other metrics too, curiously, supported the aforementioned narrative. The token’s active address ratio has shrunken massively over the last couple of months. During the initial days of October, this metric reflected a reading of 0.6%. However at this point, the same has been revolving at a level as low as o.06%.

On joining the dots, it was brought to light that the daily earnings of a typical Axie Infinity player have also reduced with time. Now, a major chunk of demand for this token comes from gamers. More so, because the whole play-to-earn model incentivizes people to buy more and earn more.

Interestingly, a tweet from early November highlighted that the decline in their revenue has been constant since August. So, unless players aren’t fetched with substantial returns, it would be quite challenging for demand to re-enter the market. In effect, AXS’s price would end up bearing the consequence.

Amidst all the chaos highlighted in the previous section, Axie Infinity’s protocol revenue has been revolving at quite high levels when compared to other protocols. In fact, over the past week, only Ethereum has managed to fetch more revenue than the Axie protocol, bringing to light the latter’s strong fundamentals. 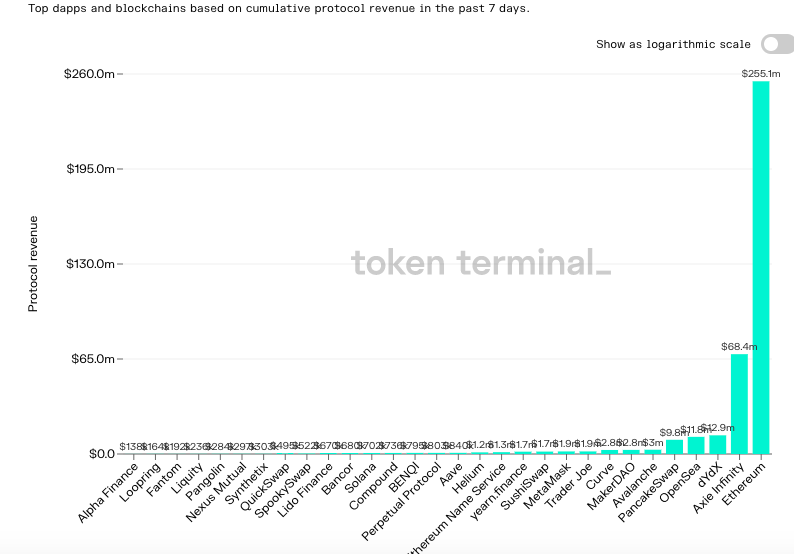 In fact, the number of AXS token HODLers has witnessed a month-on-month rise from 2.02k to 2.36k. By and large, this also paints a bullish picture for the mid-term and long-term.

Well, the gaming industry today is bigger than the movie and music industries combined. The same can be evidenced from the snapshot attached below.

Going forward, this industry has a lot of growth potential. Since Axie Infinity has already established itself in the space, it would in all likelihood thrive. In effect, the novel fundamental demand then created would end up upscaling and AXS’s price would directly benefit from the same going forward. 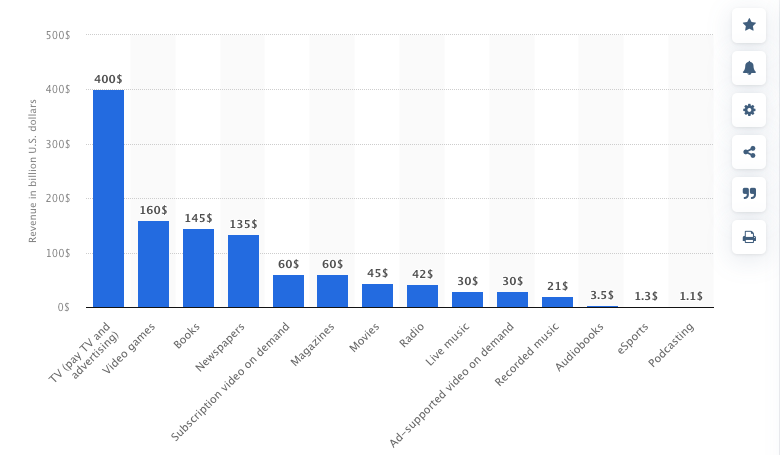 Fantom may be looking at an uphill climb in the near-term; here’s why