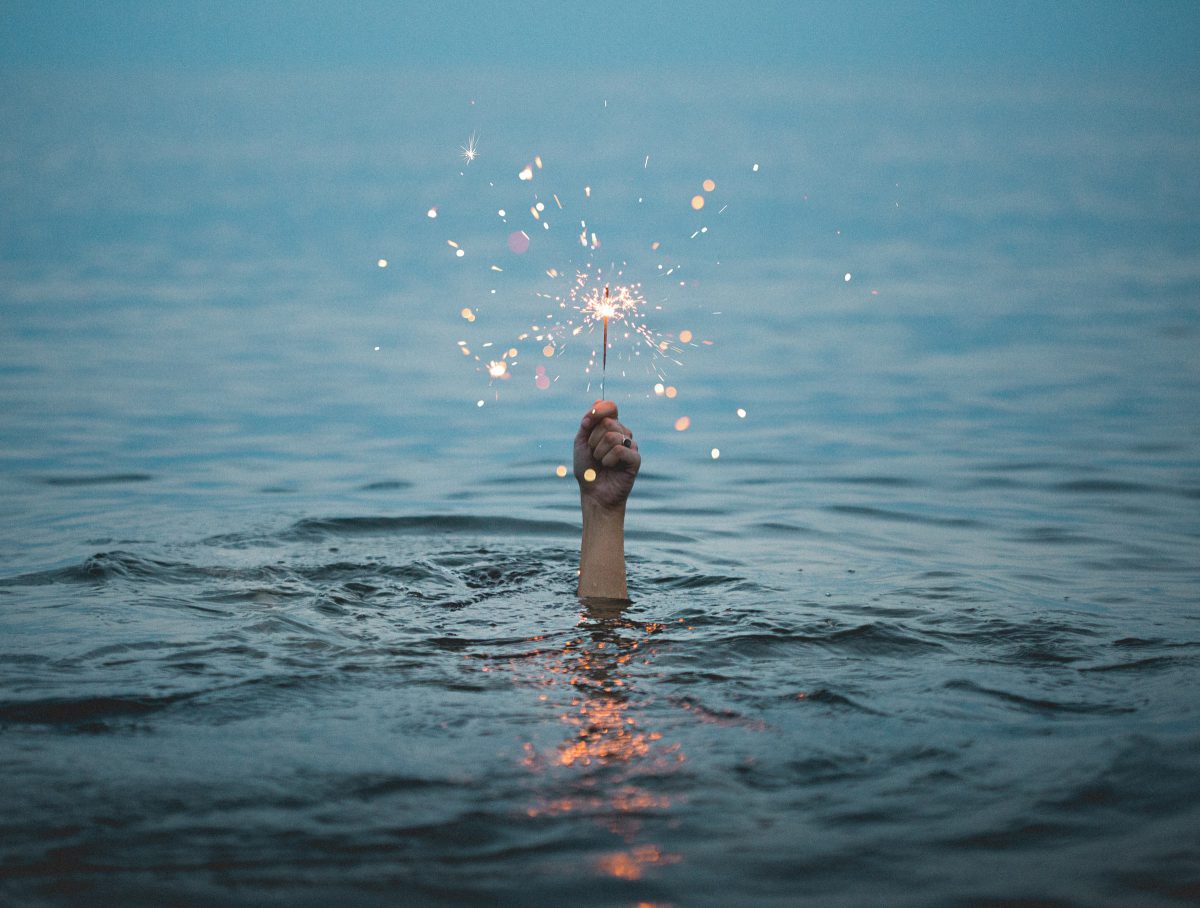 Bitcoin’s price correction in the ongoing rally was rather short-lived and the asset is back trading at the $32400 level based on data from CoinMarketCap. Though traders endured losses in the dip, and institutions continued buying, the dip was rewarding for altcoins as it changed the direction of investment flow. Against 100% wallets HODLing Bitcoin being profitable, currently, there are 88% HODLers in profit. The dominance of Bitcoin is at 63.9% and this suggests that the active supply hitting exchanges may indicate a sell-off and bearish sentiment among users, buying altcoins with double-digit gains. In the current market cycle, altcoins like LINK, UNI, ATOM, MKR, and CEL are in the top 40 altcoins based on market capitalization, and the sideways rally of Bitcoin may have led to double-digit gains for these altcoins in the past 24 hours.

More specifically, based on the ROI of several altcoins, averaged over 30-days higher gains were posted since December 2020.

There is a significant increase in ROI in the past week for top altcoins in the chart, for XLM and AAVE, there has been an increase from 20% to 120%. Due to the correlation with Bitcoin, it is safe to conclude that it is likely that Bitcoin’s rangebound price rally fueled the boost in altcoin price and ROI, though the overall market cap may have dropped. The top altcoins that made significant recoveries on account of the sideway movement were DOT, with over 5% gain in a week, LINK with 18.8%, and XTZ with 8.8% among others. The double-digit gains and the additional surge in volume would be a challenge if Bitcoin wasn’t range bound. Further, it may be helpful that in this bull run, Bitcoin maximalists are quieter than they were about ICOs in 2017. This may be a positive sign for DeFi and altcoins, which have increased in market capitalization and TVL over the past two months. 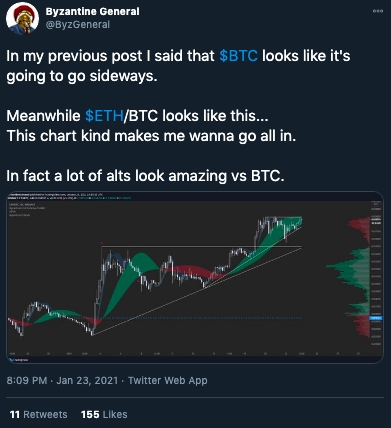 In his recent post, @ByzGeneral noted that most altcoins were performing better than Bitcoin. Bitcoin’s consolidation was profitable to the altcoin market and DeFi in particular as the ROI of UNI and LINK increased considerably compared to other altcoins. Before the current market cycle, in early 2020, DeFi projects added millions in market capitalization through Bitcoin’s halving and subsequent price drop. Given that the drop in price follows when the asset is rangebound, it is possible that it may contribute to an altcoin rally.