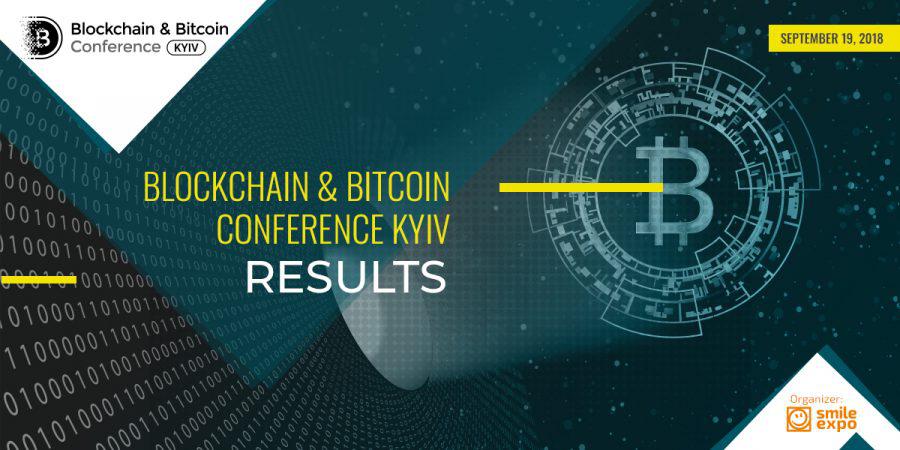 On September 19, the annual Blockchain & Bitcoin Conference Kyiv was held in the capital of Ukraine. According to the organizers, Smile-Expo, this year 800 people attended the conference, focusing on the government’s initiatives on regulating blockchain and cryptocurrencies. The floor was taken by 40 speakers from eight countries: Ukraine, Russia, Georgia, the Czech Republic, Switzerland, Austria, Germany, the USA. The event program included reports of experts, panel discussions and an exhibition of blockchain products.
The list of speakers shows how the perception of blockchain is changing in Ukraine and around the world. Several years ago, Blockchain & Bitcoin Conference Kyiv experts were owners of successful IT companies, as well as developers, marketers, lawyers. Now a significant part of the speakers were officials: Verkhovna Rada MP Oleksii Mushak, members of state agencies and committees Konstantin Yarmolenko, Oleksandr Ryzhenko, Viktor Vishnev and Oleksiy Vyskub.
The event focus changed from the cryptocurrency and blockchain earnings to the legislation, eGovernment and practical applications of distributed ledgers.
The conference reports were divided into two sections:

Event focus
Blockchain & Bitcoin Conference Kyiv was opened by the moderator Artem Afian, who expressed his vision of the modern state of the industry. In his opinion, negative news is as important as positive one, because they attract investors’ attention to blockchain.
Later on, the People’s Deputy of Ukraine Oleksii Mushak explained the details of the law on cryptocurrencies, recently filed for the first reading in the Parliament. He said that the state will regulate only the exchange of cryptocurrency for fiat to prevent money laundering. The deputy also emphasized the importance of the document: the law is designed to deter the outflow of young specialists from the country, creating conditions for legal work at home.
Viktor Vishnev, CEO at SETAM OpenMarket (state auction on blockchain), recalled that the regulation of cryptocurrency is a controversial issue: “On the one hand, the cryptocurrency community doesn’t want regulation, but on the other hand it appreciates legalization”.
The significance of the bill for the country was expressed by Serhii Kalinin, Chief Investment Officer at BlockBit Capital Management. “If at least part of what is written in this document is implemented, we will become one of the leading countries in the field of blockchain”, the speaker is convinced.
Kir Kelevra, a well-known trader and founder of the WhitepaperZ analytical resource, also assessed the prospects for the blockchain industry in Ukraine. “Crypto industry is one of the most promising sectors, the fastest growing and the most profitable one. Ukraine can become the top country on the blockchain map in the next few months”, he stressed.
An alternative opinion was expressed by Nazar Polyvka, co-founder and partner at Axon Partners. “The attempts to regulate the crypto market in Ukraine are aimed at finding the golden mean between business and consumers, while the most countries do it in such a way as to attract foreign investments and fit into the global context”, the speaker is sure.
Panel discussions at Blockchain & Bitcoin Conference Kyiv
Panel discussions as part of the conference were lively and informative. The Innovation Hall featured a discussion Blockchain Implementation in Ukraine, involving George Givishvili, CMO at Bitfury Group, and representatives of state authorities of Ukraine. Participants focused on the practical use of blockchain and the advantages of the technology. Thus, a Board Member of Bitcoin Foundation Ukraine, Konstantin Yarmolenko, said that Ukrainians annually spend about one billion USD on bribes. He is convinced that the introduction of blockchain will help to fight the shadow economy.
And the Tech Hall talked about blockchain and cryptocurrencies as a mean that could revive traditional financial markets. The discussion was attended by an expert from the US Tone Vays, a trader and blockchain and cryptocurrency consultant.
Exhibition area: from pictures to Bitcoin ATMs
The traditional exhibition area within Blockchain & Bitcoin Conference Kyiv united over 40 companies. Guests saw technological wonders: mining equipment from Hotmine with the function of heating the premises; crypto ATMs ‘Bitcoin’ from Paytion, which work on the platform principle.
The software developers presented the crowdfunding platform Icoyard, Litenett (crypto payments network) and other blockchain-based applications.
Unusual exhibits were art objects: a gallery of paintings dedicated to blockchain.
The exhibition organizer, Smile-Expo, thanks all the participants and guests of the event. In 2018, the company will hold five more blockchain events. Read more on the website.