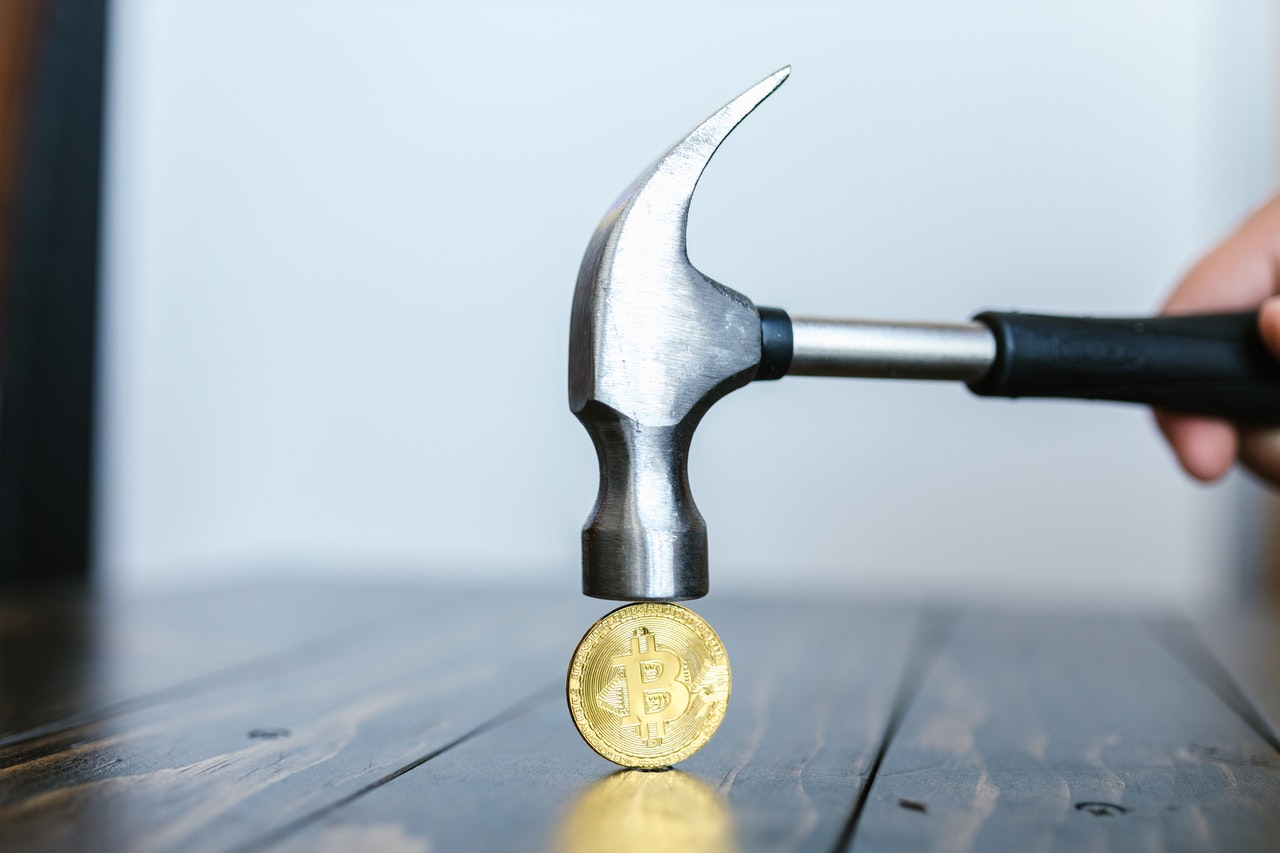 With Bitcoin’s price falling to as low as $47,450, losing over 8% in the last three days the anticipation of a New Year rally seemed to wither away. A move under the $50,000 support triggered selling which was followed by another price pullback under the $48,000 support where Bitcoin traded at the time of writing.

Ahead of the Friday expiry of 124.7K options contracts, the recent slump under the $48K level could lead the top asset either way. 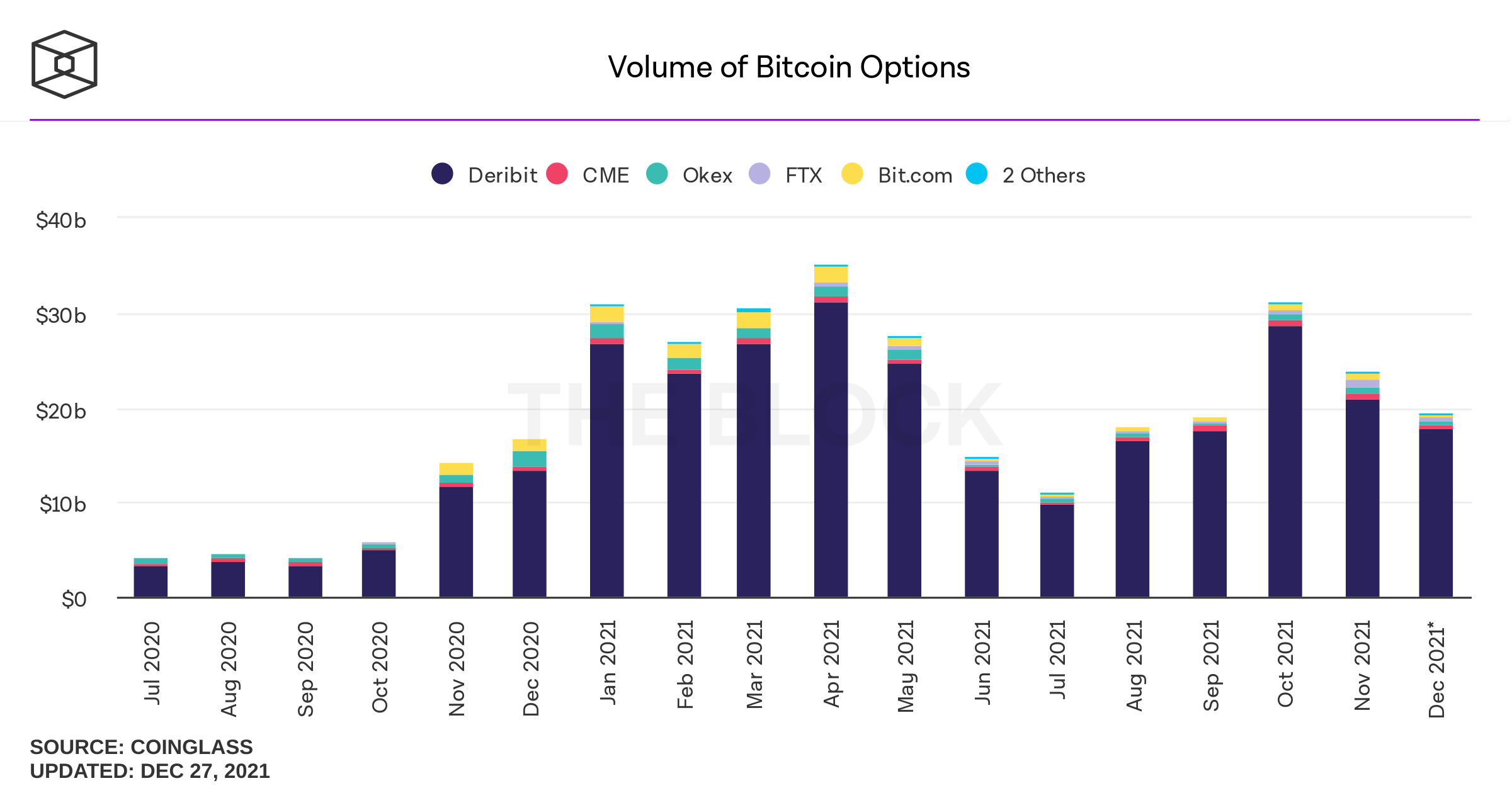 Over the last week alone OI has seen an increase of some $2.5 billion, primarily led by traders on Binance. Even though Futures OI is still away from all-time highs, rapid increases in leverage can indicate a clustering of stop-losses and liquidation levels in close proximity to the current price.

Data from Glassnode further presented how this leverage rise can add higher probabilities to a potential short, or long squeeze in the near term. 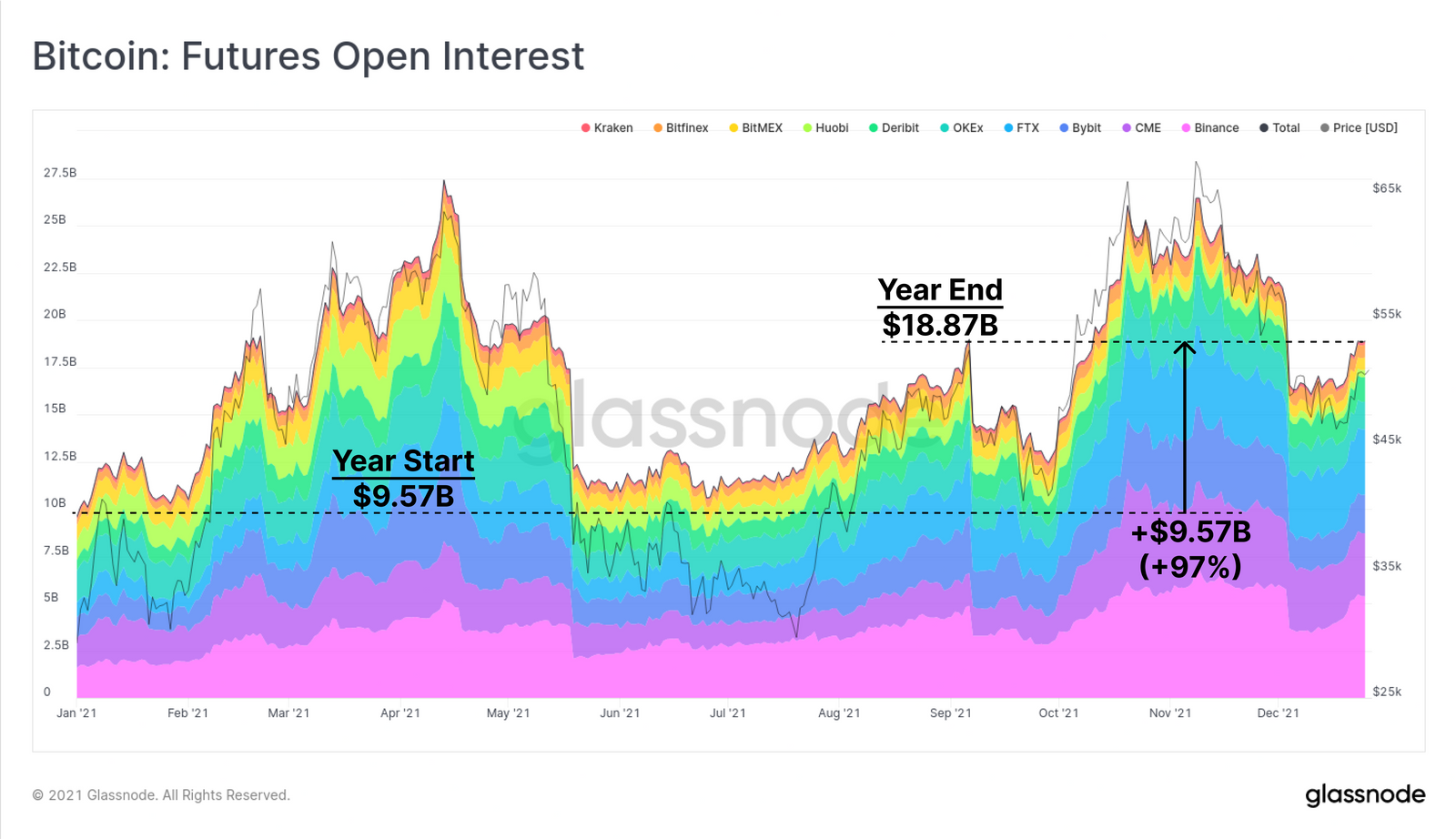 A general decline in trading volume is typically seen towards year end, however, on a 7-day average basis, futures market volumes have seen a YTD decline of 16%. Thinner volume and rising OI in a concentrated exchange is a combination that can be favorable to at least a localized leverage squeeze over the coming weeks.

With the BTC leverage ratio at ATH levels, the possibility of a correction to flush out all the excess leverage was in play as prices slumped.

Historically, the market saw 32% supply-in-loss at $29K bottom in July, while currently, 26% of the BTC supply is in the ‘loss’ territory. Nonetheless, some long-term holders haven’t touched their BTC in over five years, with over 23% of BTC’s 21 million supply remaining untouched in the period.

For now, long-term holders marginally trimmed their BTC positions in recent weeks, despite prices falling by almost $20,000, or -24.4%, since the BTC ATH. The supply held by investors only dropped to 13.3 million from 13.4 million, a small change relative to the sharp price drop. 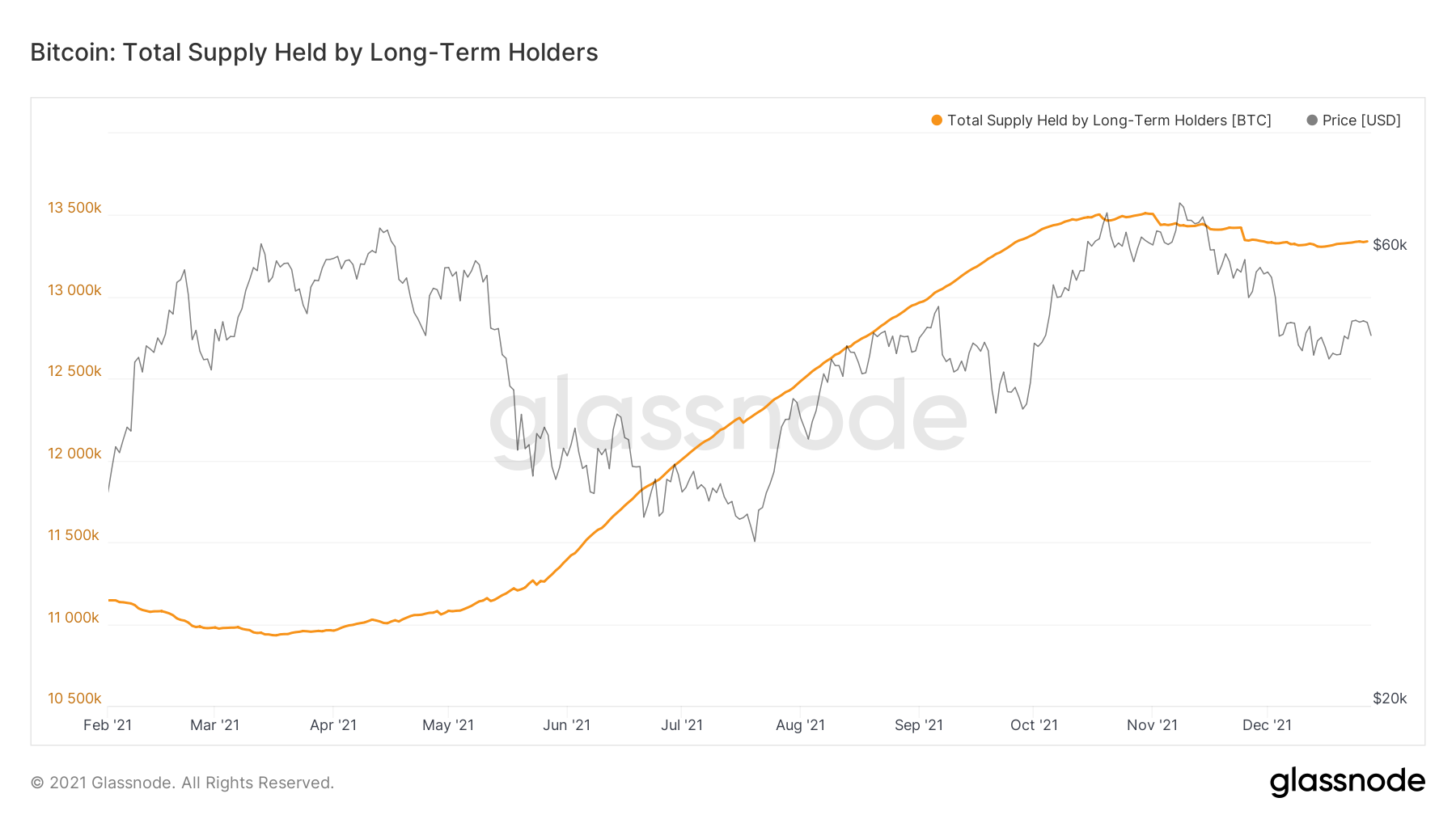 Analyst Rekt Capital, highlighted Bitcoin’s revisit to the 21-week EMA at which the coin faced rejection. Historically, BTC has performed downside wicks into the orange area during this red retest so there’s a possibility of another revisit to the lower $44K level, unless the 21-week EMA is established as support in the near term.

If the $40K-$42K range is retested it could likely become a local bottom for the midterm but for now with the year-end Options expiry in place and the possibility of a leverage squeeze BTC’s price could visit lower levels in the days to come.

‘No need to apologize,’ says Pompliano chiming in on the Bitcoin energy debate