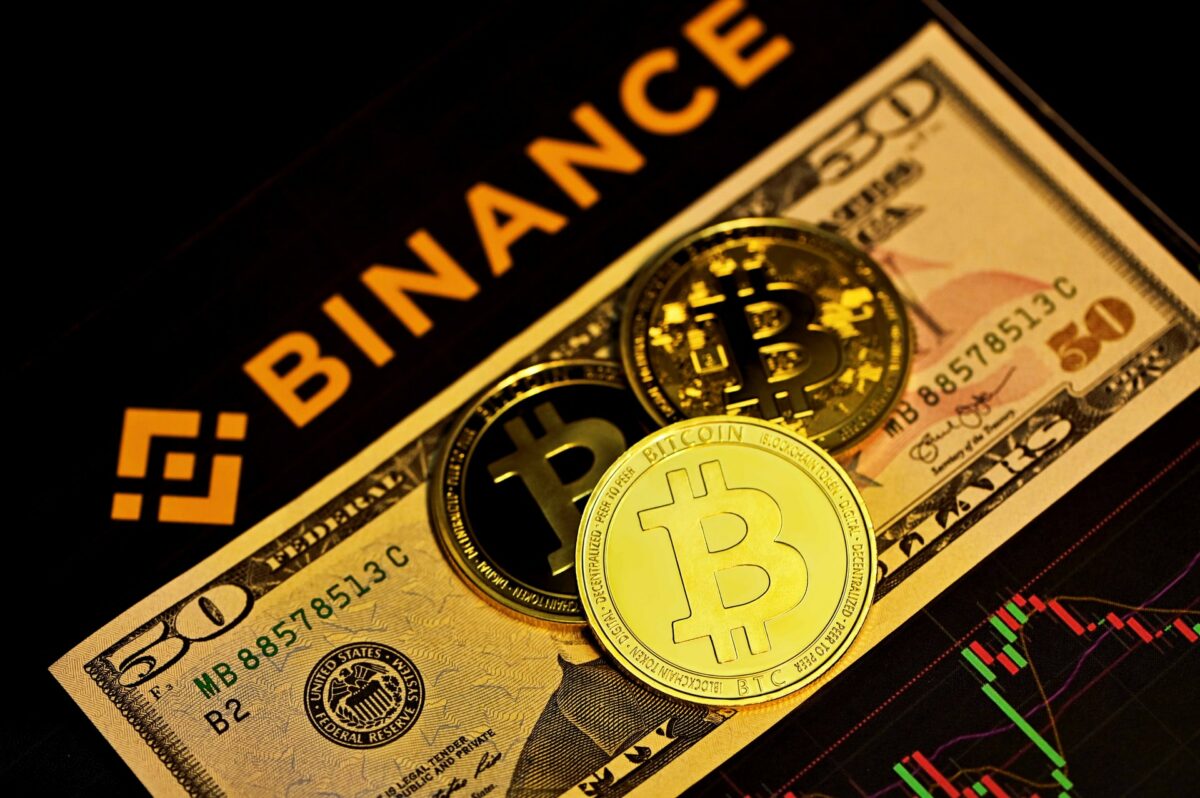 A much-awaited relief came to the larger market as Bitcoin gained 4.70%. Thus, trading at $48,438 at the time of writing. On the back of the sudden BTC gains as a new week took off, the same pulled the global crypto market cap up by 3.51% in one day giving way to a much-needed recovery.

Hold-up though, is it in fact a recovery?

Well, after the 4 December fall, a couple of days later BTC’s price saw a 6% rise. However, failed to maintain and soon fell further in just a day. Likewise, another close to 5% price recovery was seen on 12 December, then on 15 and 16 December.

Interestingly, on 19 December as well. Thus, each time a single-day recovery took place over the last fortnight the same failed to sustain. So, questioning the most recent recovery absolutely makes sense.

What changes this time?

Firstly, the recent price uptick took BTC up from the lower $45,850 bounds to above $48K within a day. In addition to that, the loss realization by Short-Term Holders was tapering and setting higher lows, in tandem with a tightening of price action which was a bullish divergence indicating exhaustion of seller interest at these prices. 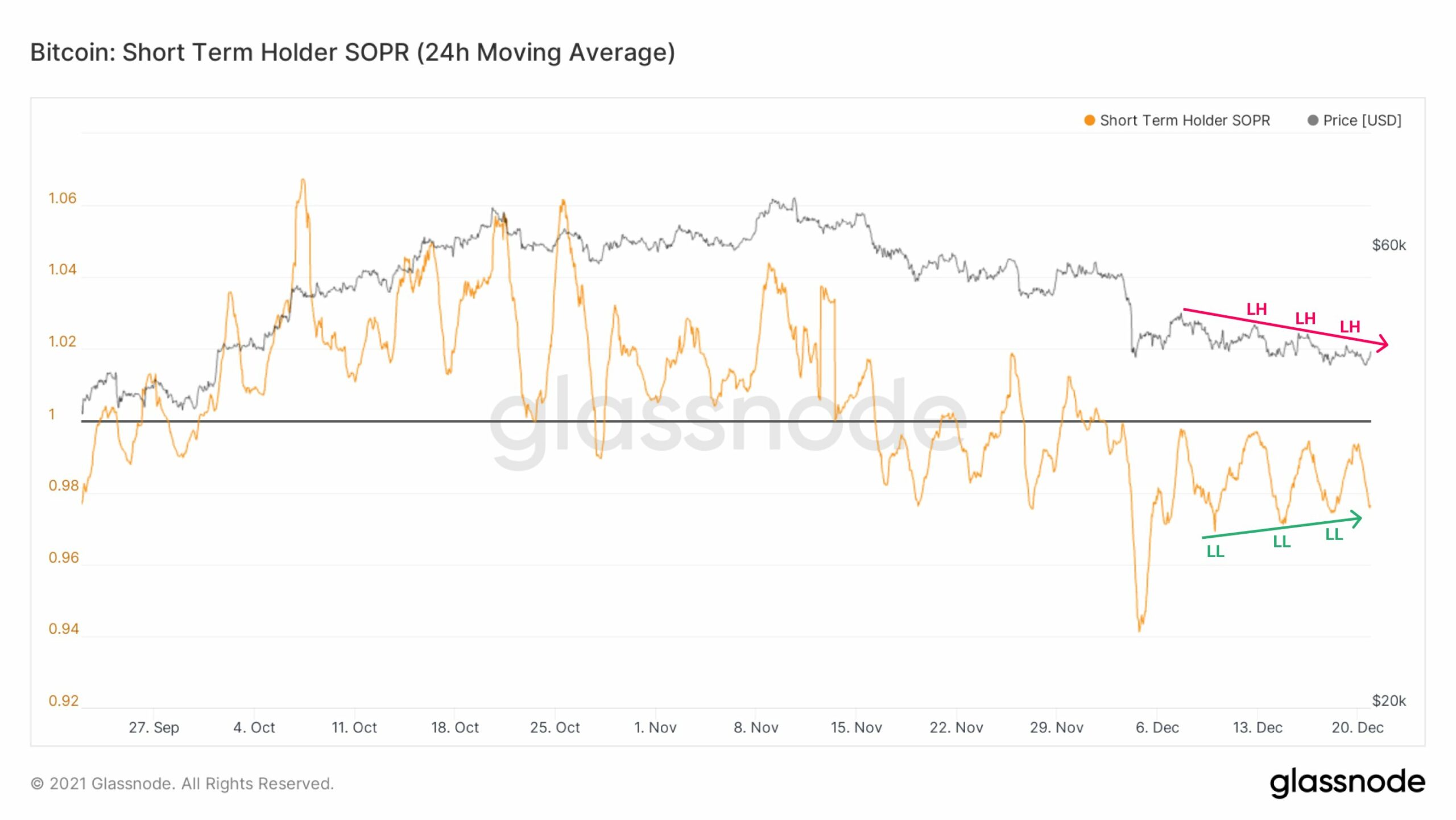 Further, NVT Signal for Bitcoin which generally doesn’t signal “oversold,” very often, was giving an oversold signal at the time of writing This could mean that a reversal from the lower price range was incoming. 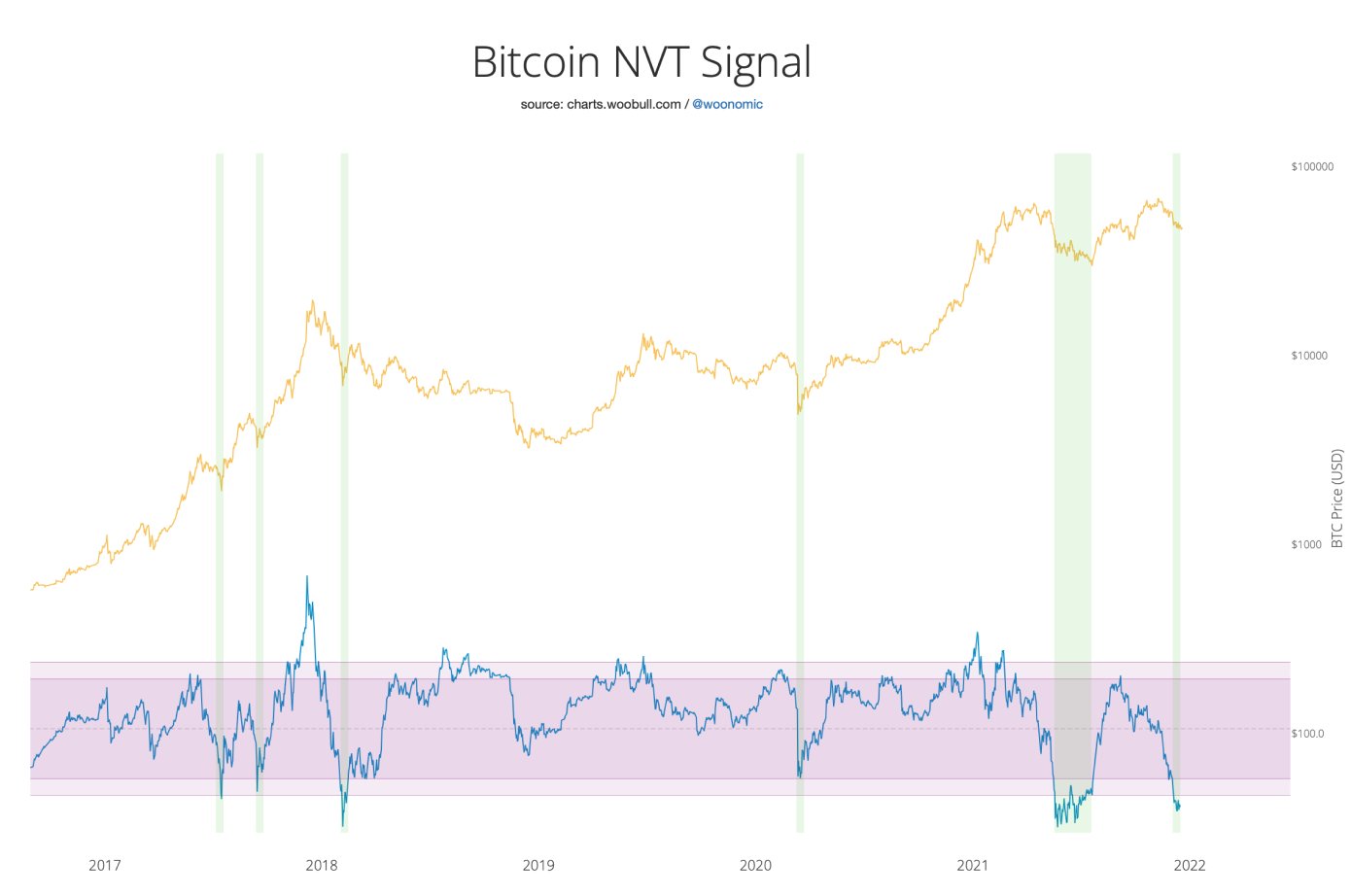 Earlier, each time the NVTS noted oversold, its recovery from the zone. Also, pushed prices. So, the pertinent question here – Is this a recovery indeed?

A wave of volatility awaits…

Another striking change in BTC metrics was a jump in the 14-day % change in BTC Futures Open Interest which was over 10%. Interestingly, OI change values reaching 15% and above have historically brought on volatility for the coin.

Additionally, Binance Futures Open Interest had risen steeply by over 30% in recent days, alongside a +7.4% jump in its BTC exchange balance. 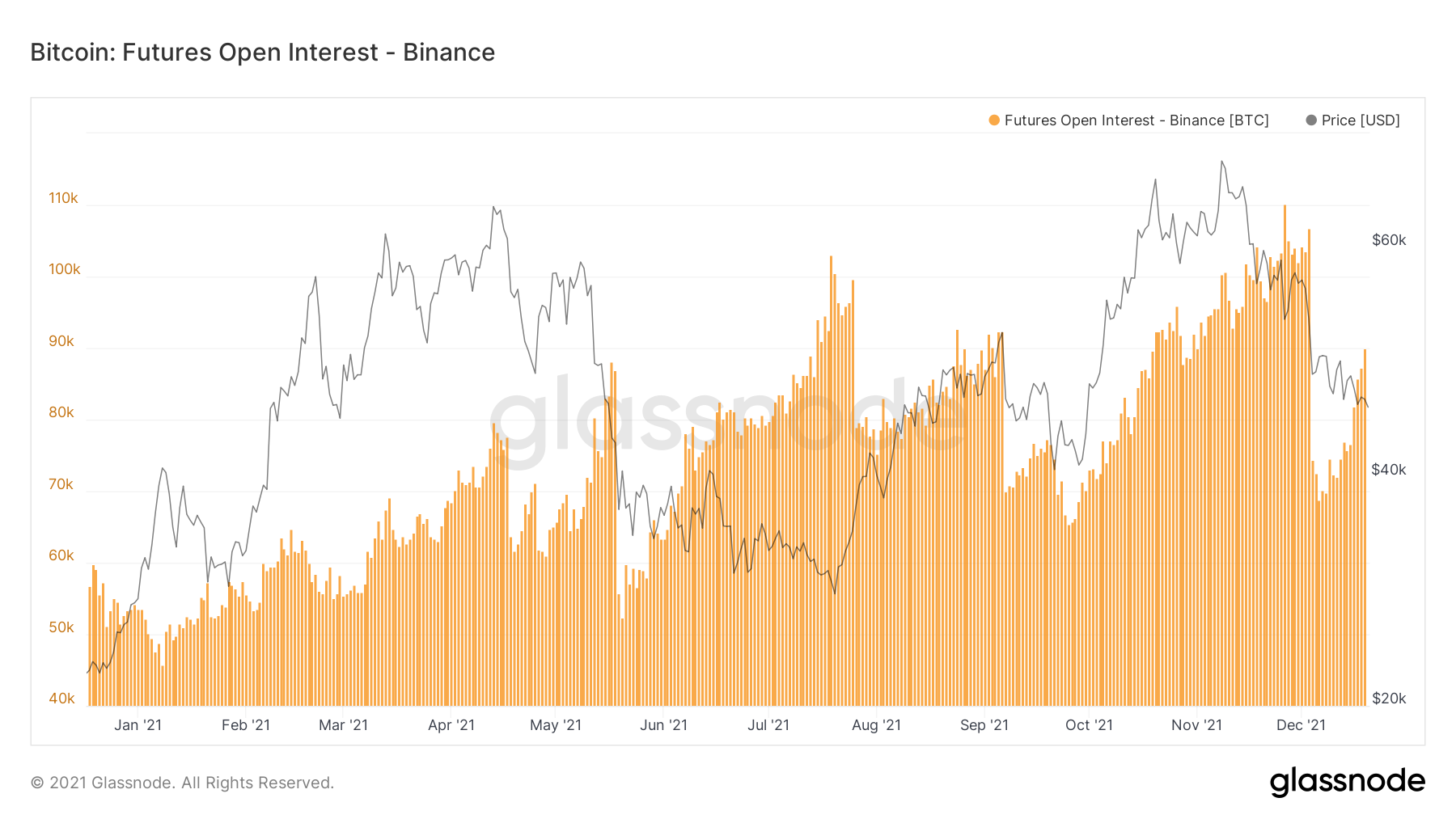 Although funding remains neutral, this move could signal incoming volatility, as Binance now owns over 25% of total market Open Interest. 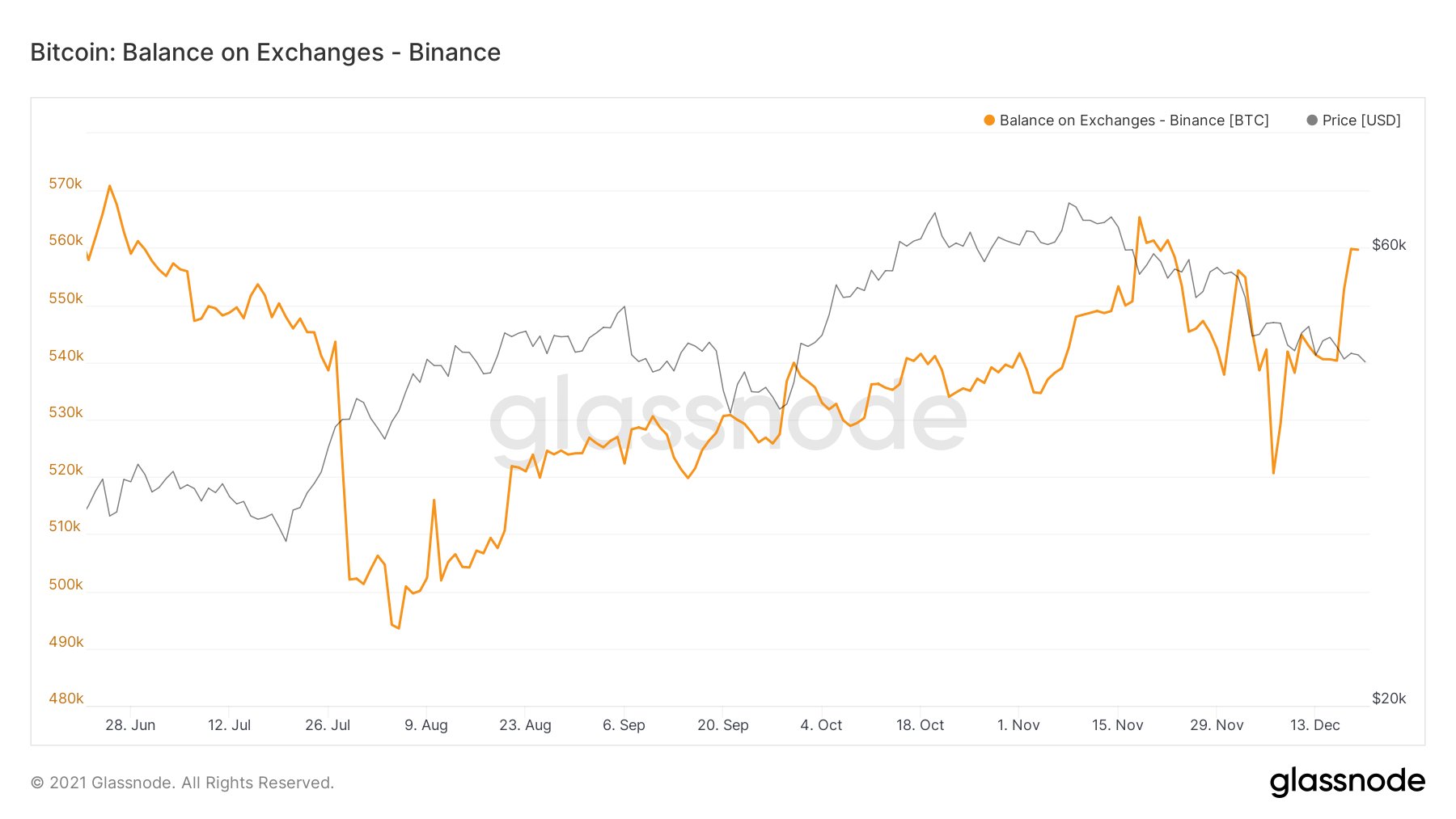 Alongside rising volatility, there’s also been a slowing down of activity as on-chain transfer volumes have dropped precipitously since 4 December from around $10-11 billion daily down to $7.2 billion. 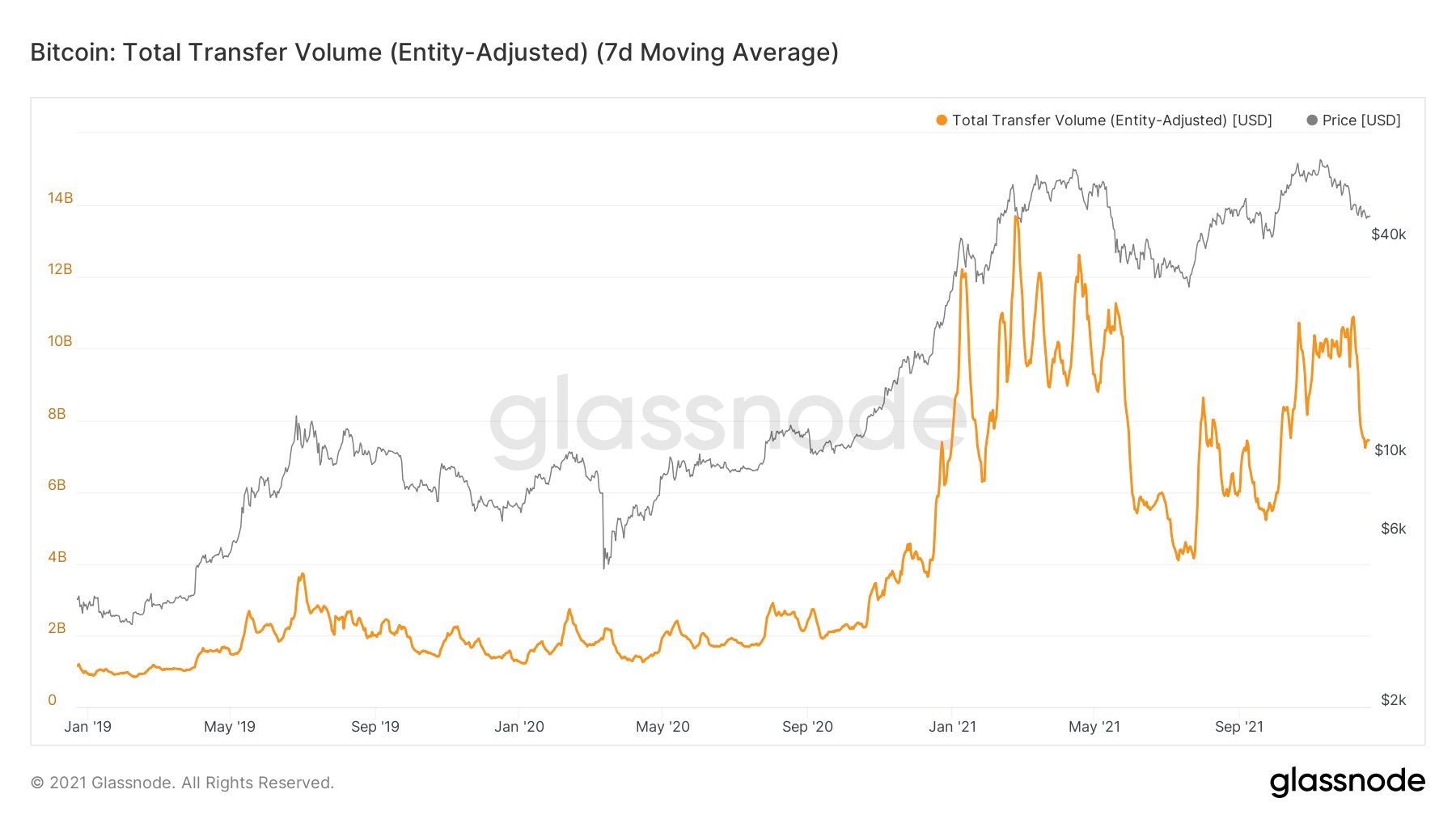 Thus, while the macro setup could still turn out to be short-term bearish, there are still bullish signatures on-chain for Bitcoin. Further with the year-end inching closer, BTC could swing either way, which will be interesting to watch.