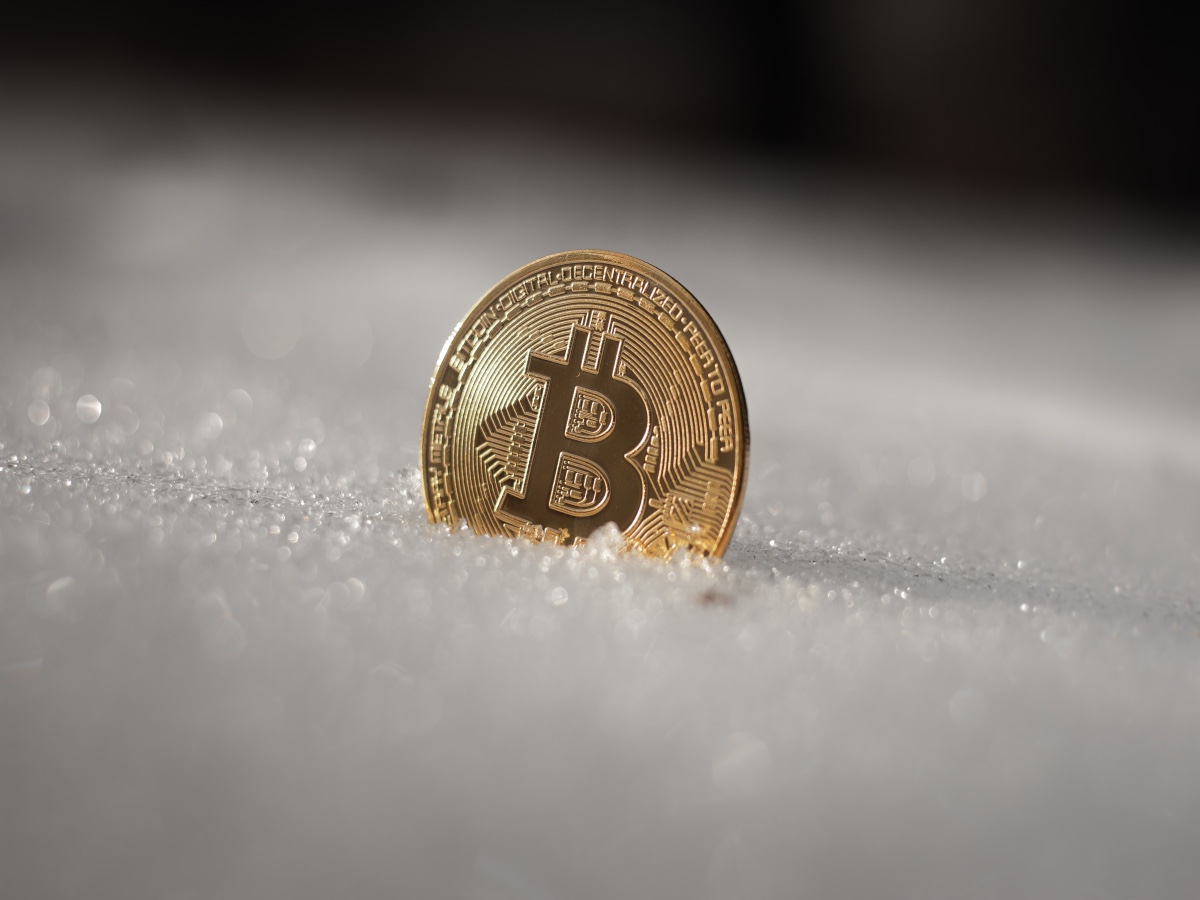 It’s that time of the month again, when Bitcoin options are set to expire and guesses are on for the maximum pain price.

Coming to the Bitcoin options market, Coin Options Track put the maximum pain price at $37,000. While Put Open Interest was concentrated around $35,000, Call Open Interest was largely at around $38,000. It might seem that those who bought call options at $40,000 were overly optimistic. However, the concentration of call open interest between $38,000 and $40,000 would serve as a resistance of sorts, keeping Bitcoin’s price under the level.

On the other hand, the high number of put open interest between $35,000 and $37,000 would also serve as a support going forward. However, 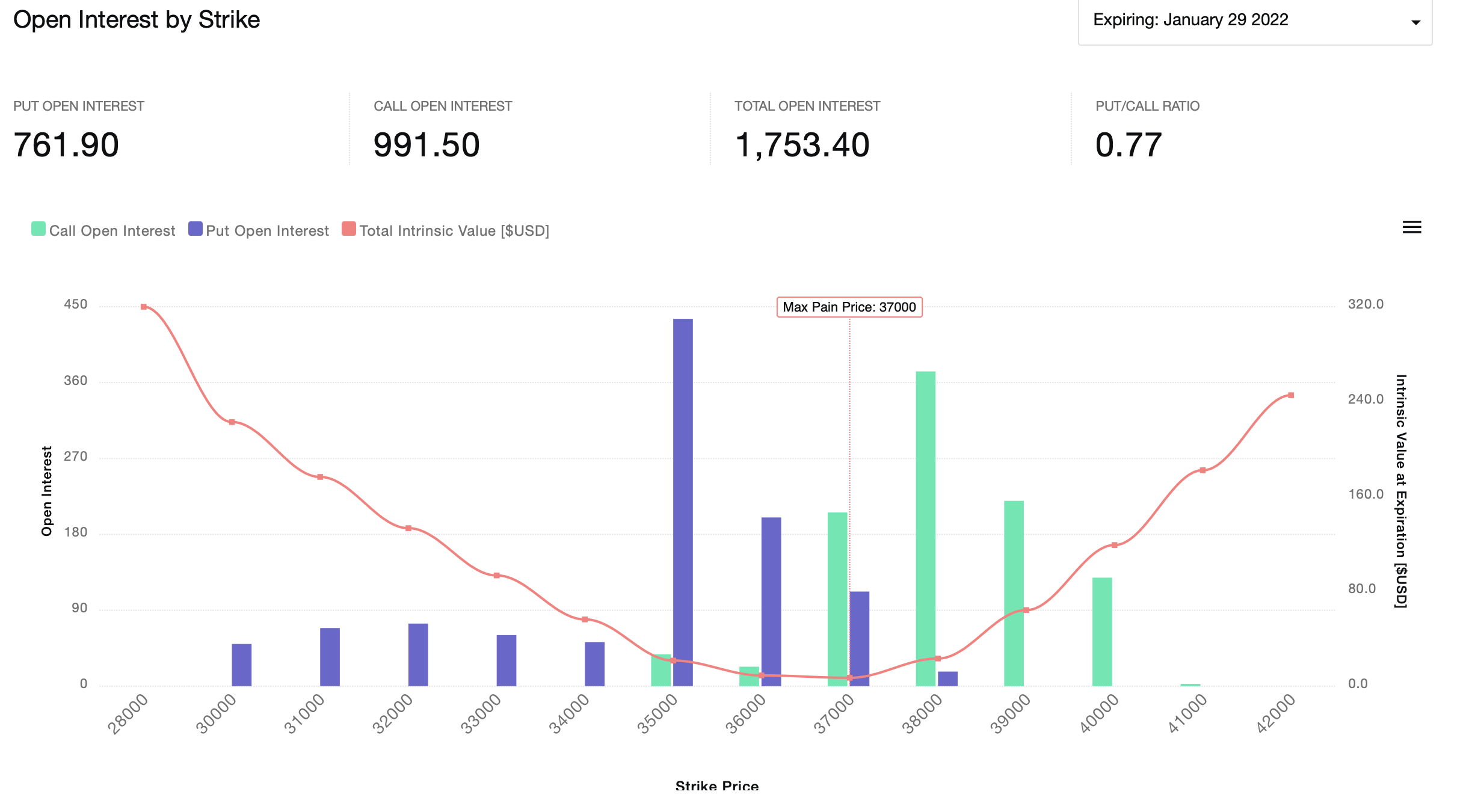 Meanwhile, looking at Bitcoin options volumes can also reveal a wealth of information about the general state of the market. 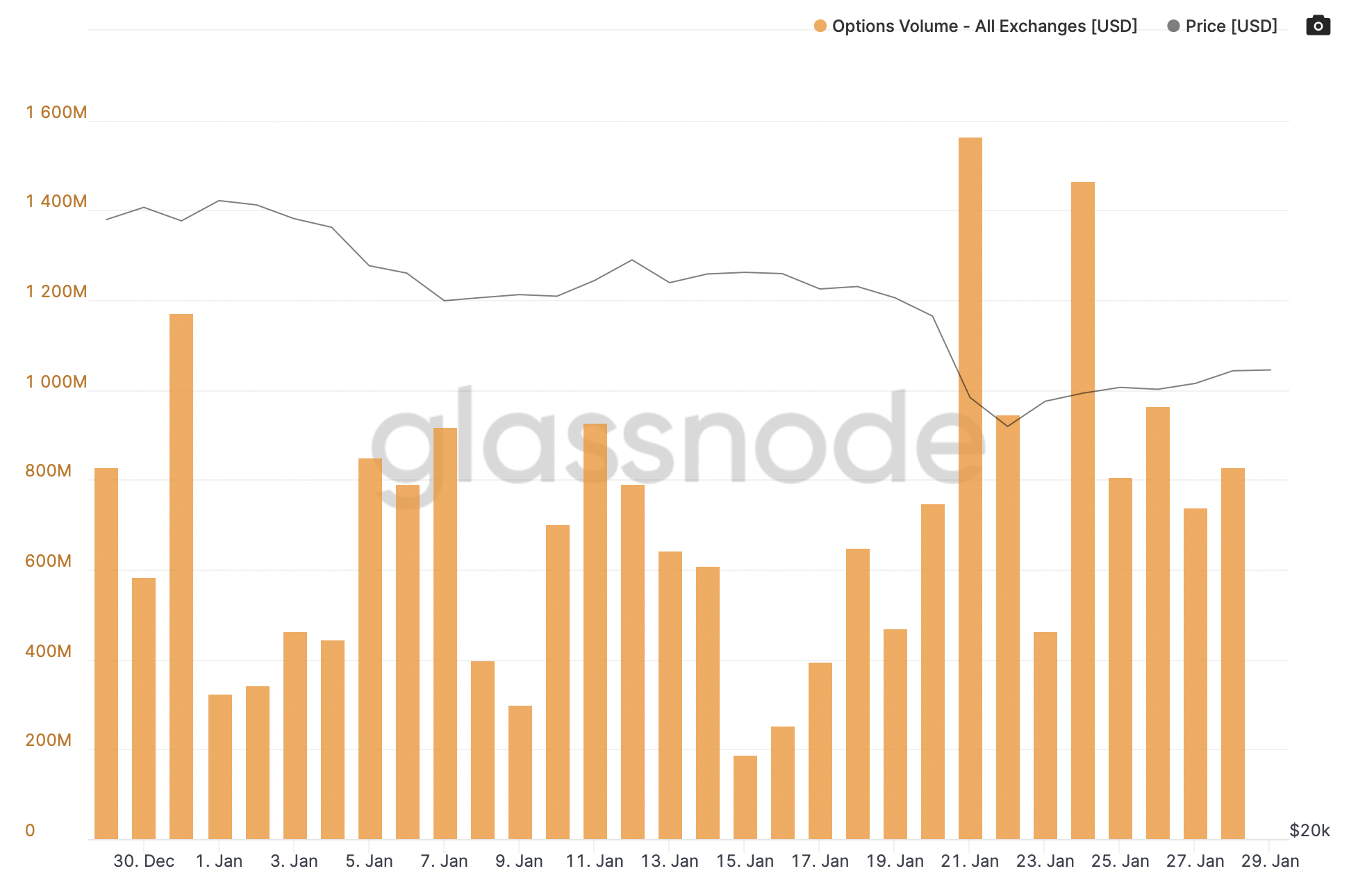 Options volumes generally tend to surge during a time of sell-offs, and such a pattern is visible when looking at 21 January. While options volumes again spiked on 24 January, Bitcoin’s price did not see as drastic a fall in price as expected.

Coming to crypto exchanges, we can see that Bitcoin’s balance in all exchanges has generally been on a downtrend since late December. There was an increase in exchange balances immediately after sharp price drops, probably due to sell-offs before the dip could go any lower. At press time, however, it was too early to tell whether Bitcoin’s most recent rally from 22 January would lead to a long-term rise in balances on exchanges again. 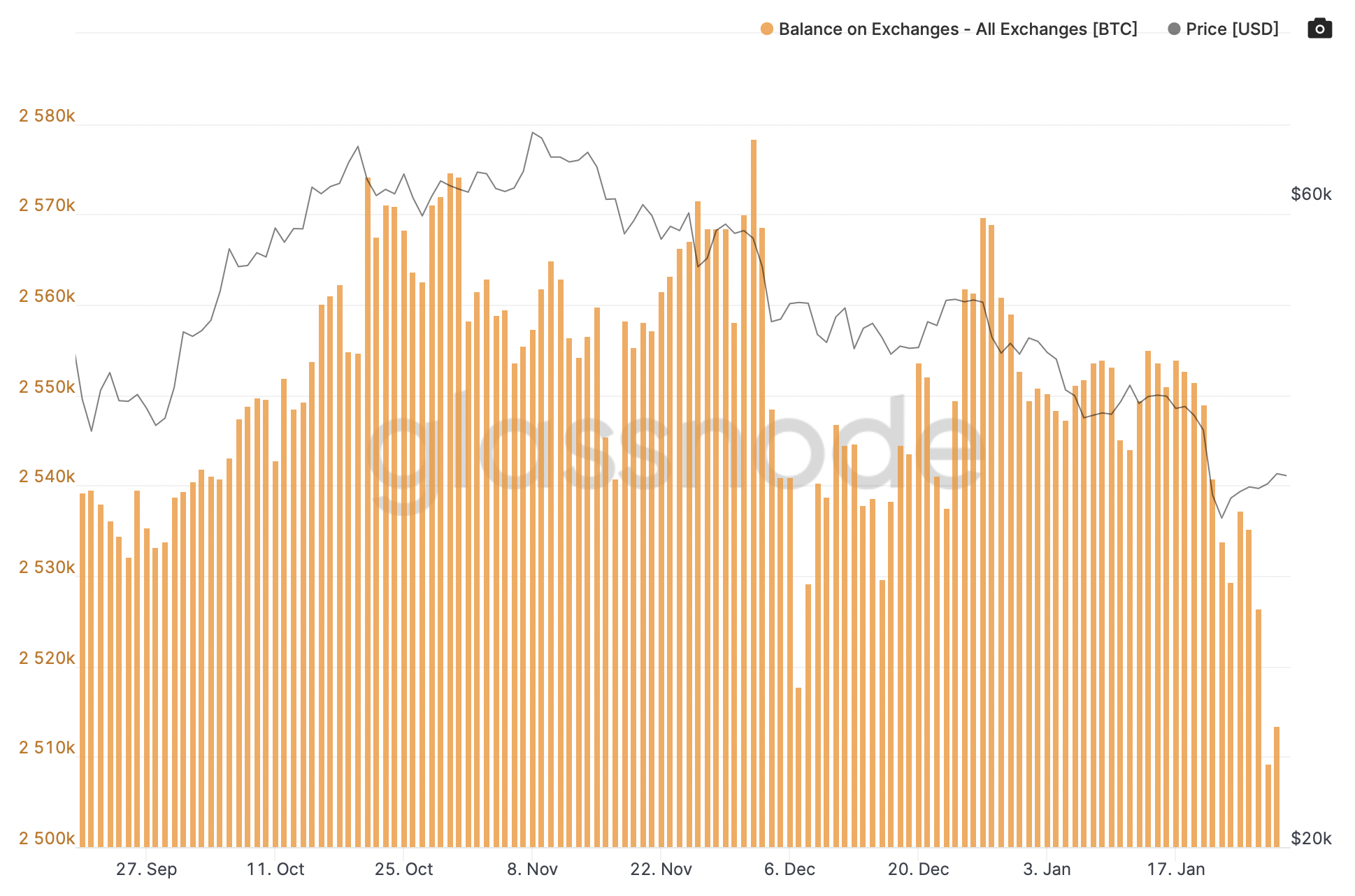 Predicting Bitcoin’s price is understandably a sore spot after analyst Plan B’s prediction of a $100,000 Christmas in 2021 did not quite bear fruit. However, Ark Invest has published a report predicting where the king coin might go in the next decade.

Researchers theorized that by 2030, one Bitcoin would be worth $1.36 million, while the asset’s market cap would reach $28.5 trillion. Ark Invest arrived at this value after quantifying eight Bitcoin use cases, and combining the resulting market caps.

As MATIC bounces back to an area of supply, will it be able to break out of it