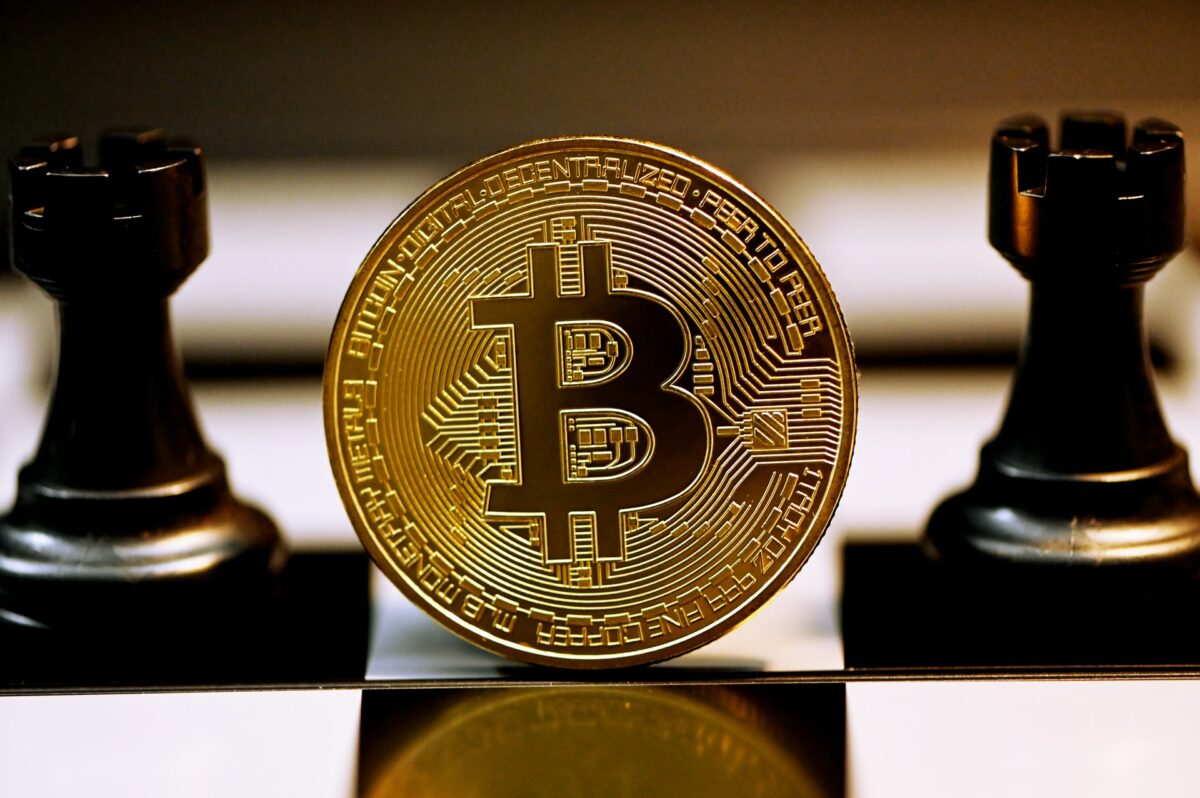 The new year hasn’t been very kind to the king coin as Bitcoin saw a close to 15% price fall in the first week of 2022. With the top coin still around the $40k-mark, speculations around a new BTC bottom have started surfacing. In fact, some are even anticipating that another freefall will take BTC to the older $30K lower bound.

Bitcoin’s losses have pulled the larger market into a consolidation phase as the crypto-market cap is down below $2 trillion. This, after BTC retested the long-term psychological barrier at $40K. BTC’s trajectory seems to have worsened post the asset’s drop to the new three-month low beneath $41,000.

Notably, most altcoins seem to be in a tight spot too as overall losses rounded to around $300 billion in the crypto-market.

Lower lows on the way?

The top crypto-asset has made lower lows and lower highs, charting a long-drawn downtrend after making an ATH in November. Interestingly, BTC was pretty much around the same price level a year ago trading at $40,193 on 9 January 2021. A year later the top coin has reaped just +3.68% yearly ROI v. USD. So, it can be safely said that the king coin has had better days.

For now though, consolidation seemed to be the way since BTC sentiment noted ‘mostly bearish’ as per data from IntoTheBlock. Nonetheless, despite the largely bearish price action, activity still glimmered as 7-Day new address change was around +18.08% while 7-Day active address change was +16.91%. This presented a decent picture for the network. 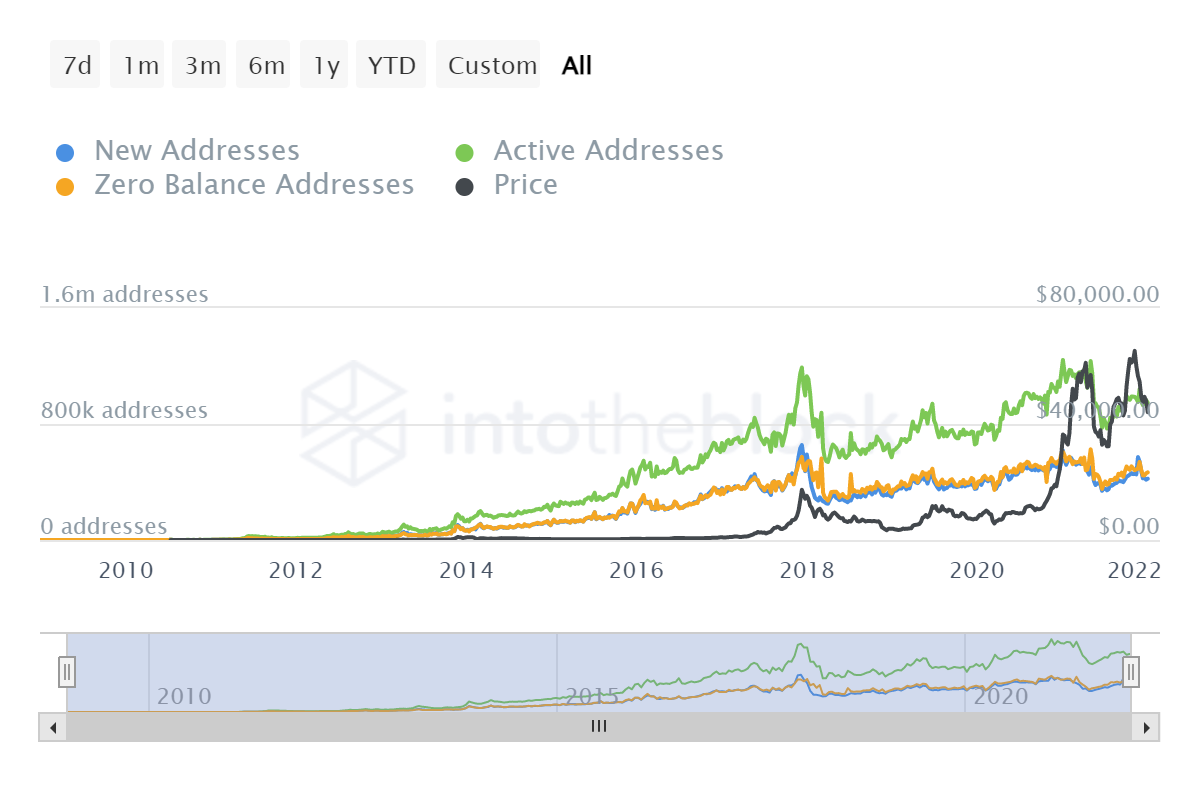 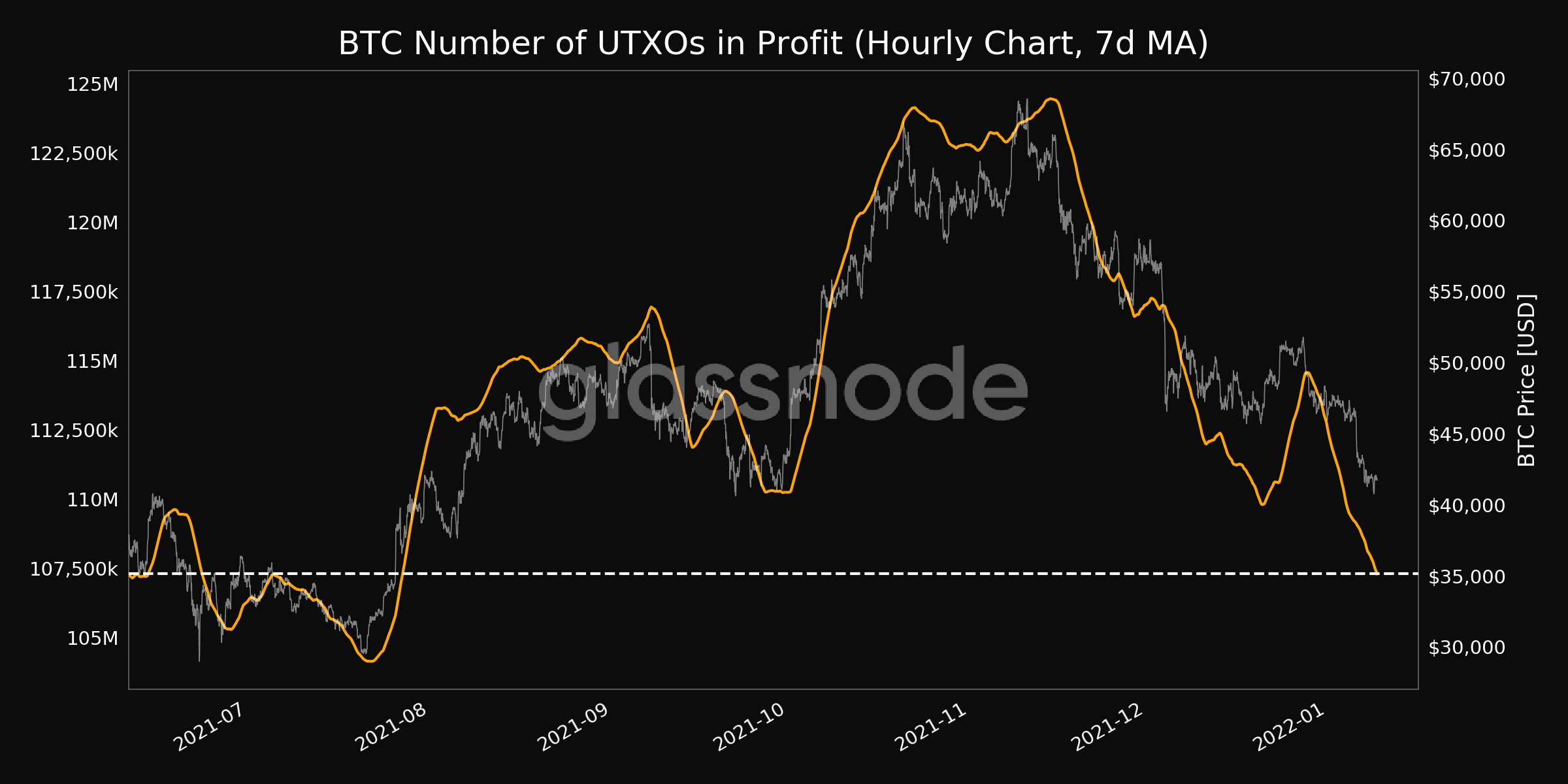 With UTXOs in profit seeing an all-time low while the larger trend leaned bearish, there seemed to be still some statistics that glimmered for BTC.

Notably, the percentage of Bitcoin supply in loss is now around 33%, approaching the 21 July high of 34%. While from a bullish perspective this would mean that the price is approaching a bottom before a price reversal, it could also indicate the beginning of a downtrend.

Historically, the percentage of supply in loss crosses above 50% during bear market bottoms.

Furthermore, the possibility of a potential short squeeze seems high as the ratio of Bitcoin’s open interest relative to its market cap (OI/MC) reached its highest level in over a year. This short squeeze-like scenario could further fuel reversal narratives making the $40K-level an apt market bottom.

The last time the OI/MC ratio increased while Bitcoin’s price decreased was in July 2021. That period marked the bottom.

For now, testing the crucial $45K resistance would be the next cue for a decent BTC price uptick. Until then, with low network growth, BTC could face more consolidation around the $40K-level. In case the $40K-level is breached, the top asset may revisit the $30K zone in the mid-short term.