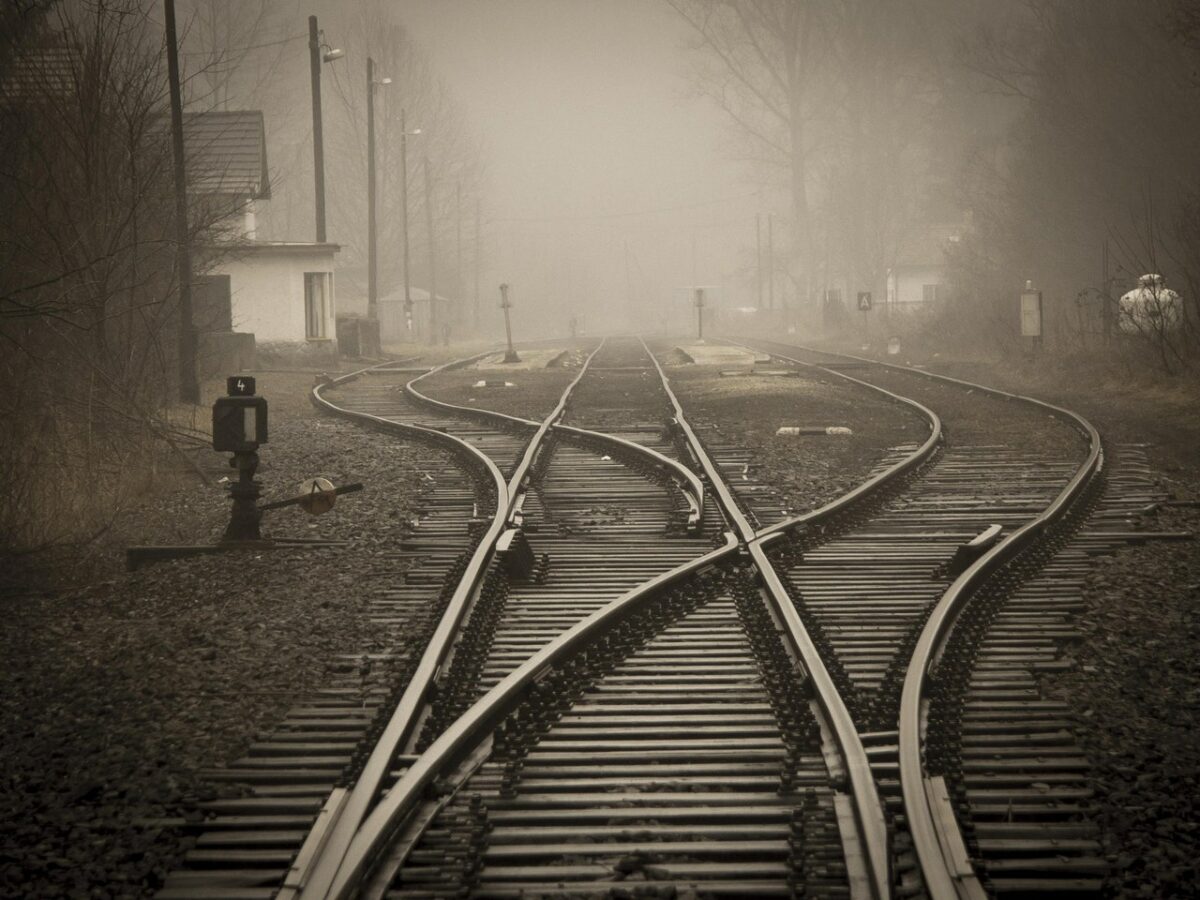 After Bitcoin’s weekend flash crash, over $2.5 billion market liquidations shook the larger market. This brought the cumulative crypto-market cap down to $2.2 trillion. As expected, major altcoins seemed to bleed amid the wider sell-off.

However, altcoins like Terra (LUNA) and Algorand (ALGO) held comparatively well, taking the market by surprise.

Much like the larger market, Algorand too wasn’t completely unaffected by the Bitcoin dip. Especially since ALGO lost close to 25% of its value in just a day. Even so, Algorand’s quick rebound was impressive.

In fact, the #18 ranked coin by market cap held well above the crucial $1.6-level. This has acted as a long-term support level since September. Seemingly Algorand’s price stability stemmed from some key factors, including high institutional interest, collaborations, and partnerships, as highlighted by a previous article.

Furthermore, as ALGO traded close to the lower support line, the crucial question remained – When will Algorand’s price break out and what will it need for the same?

Over the past year, Algorand has quickly emerged as a contender in the smart contract platform space as the market’s focus seemed to shift towards a multi-chain approach. In fact, the platform’s extensive network of partners has further strengthened its narrative as a strong Ethereum killer.

Just recently, Borderless Capital announced the launch of a $500 million ALGO Fund to help develop projects built on the blockchain. This will include projects “to disrupt the creators’ economy with NFTs and initiatives. Well, something that can increase capital in the ALGO’s DeFi ecosystem through liquidity mining, lending, borrowing, and yield farming.”

Notably, in September this year, the platform launched a $300 million DeFi fund. Also, before that in April 2020, Algorand announced an investment of 250 million ALGO to encourage the creation of Dapps. All this has pushed the platform’s image in the DeFi space.

On 2 December, Algorand’s TVL touched the $100 million mark. Moreover, at press time, its TVL was up 6.19% over the last 24 hours, even though the larger market suffered and DeFi TVL fell considerably. 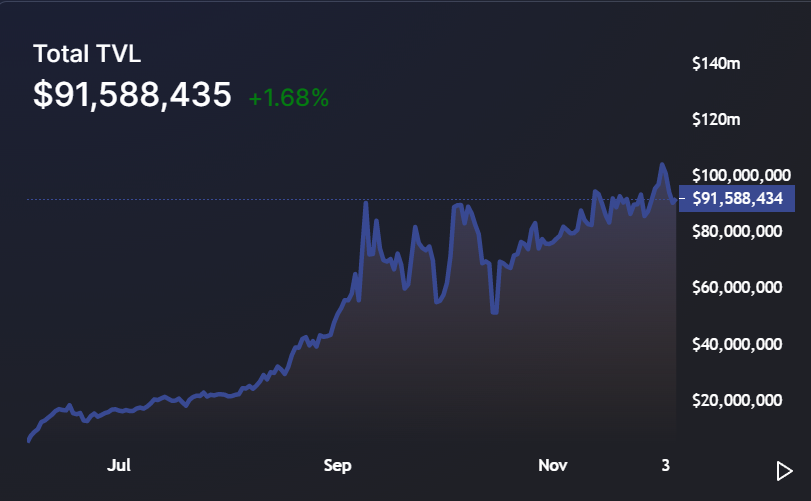 What helped hold the price?

Algorand plunged below its critical support at $1.50. Post the fall, however, there was a ‘buy the dip sentiment’ among HODLers seen in the long bearish wick on its daily chart. This support from the retail side helped sustain price levels.

That being said, looking at more long-term perspective support from HODLers (A section that saw a considerable rise over the last few months) could be key to ALGO’s price rally in the near future. 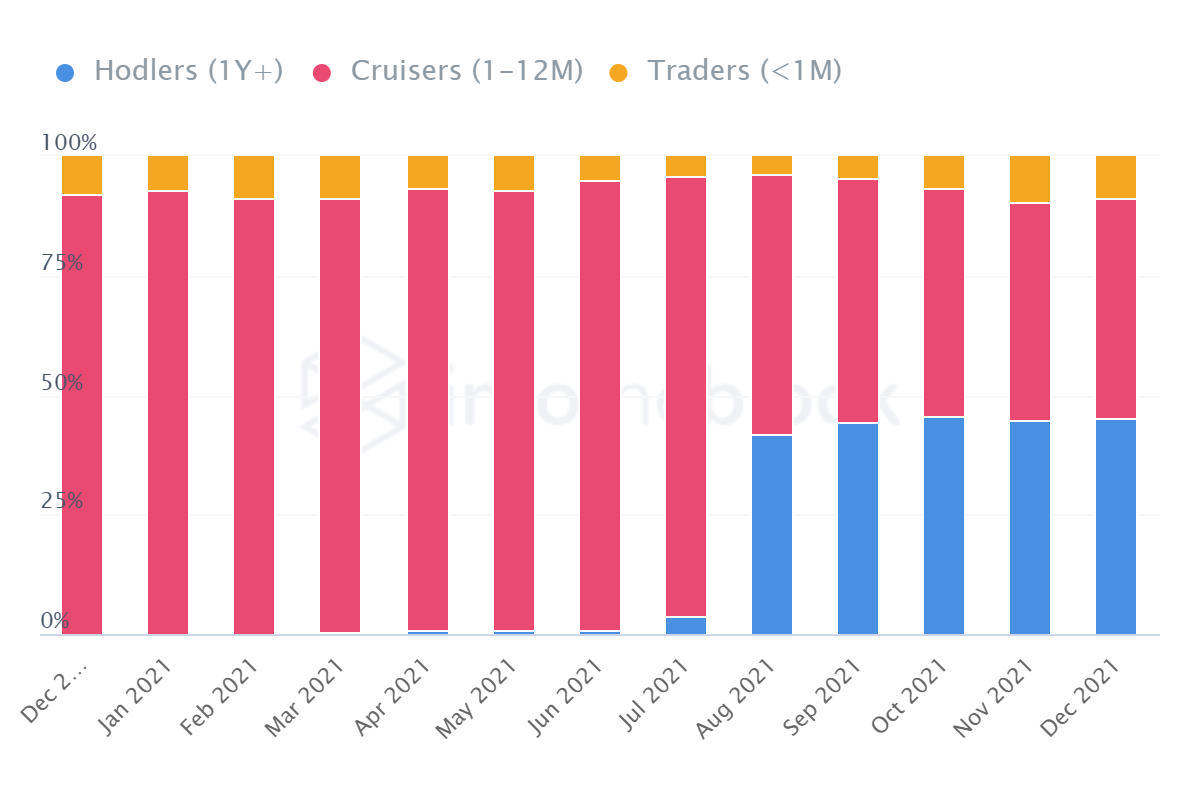 Notably, Algorand’s volatility has risen lately and this could be a good sign. Previous ALGO rallies have been accompanied by higher volatility too, as seen in the image below. 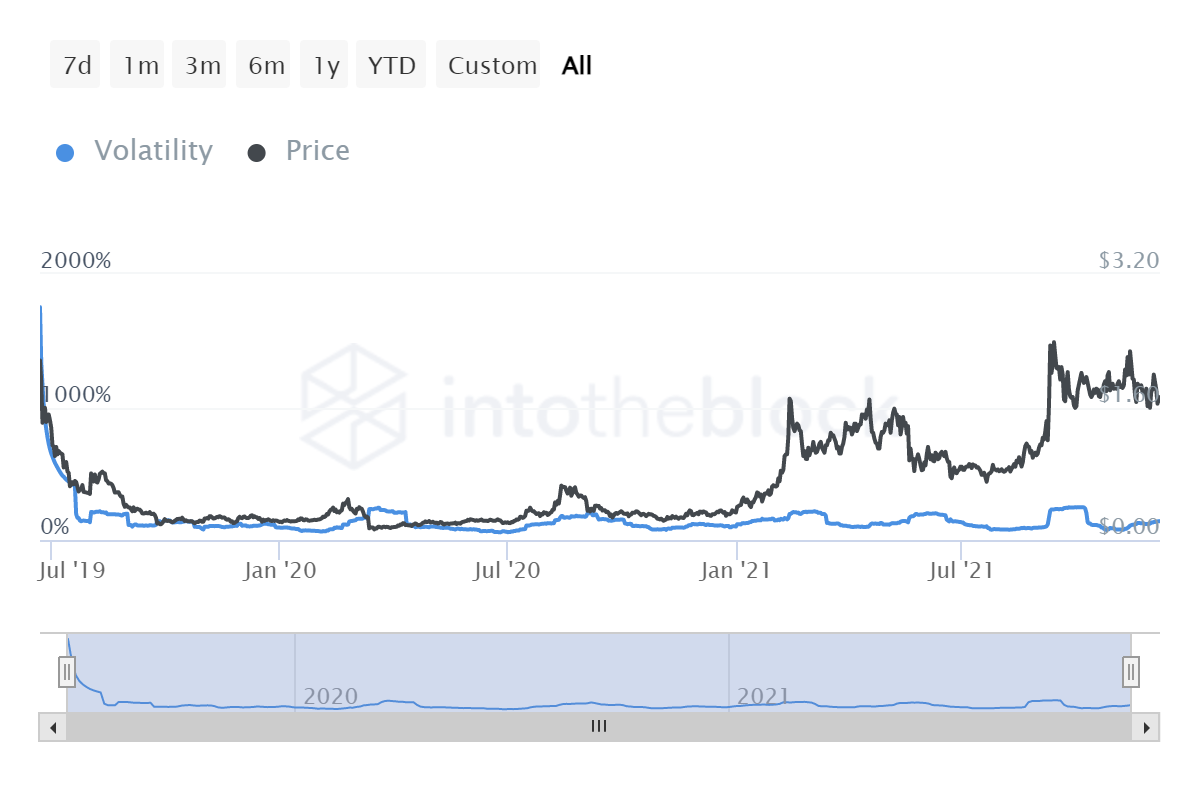 At the time of writing, the alt’s Open Interest and funding rate had slumped. However, over $2.7 million worth of longs were liquidated on 4 December. This could lead to some short-term corrections as the price action on the lower timeframe looked bearish. 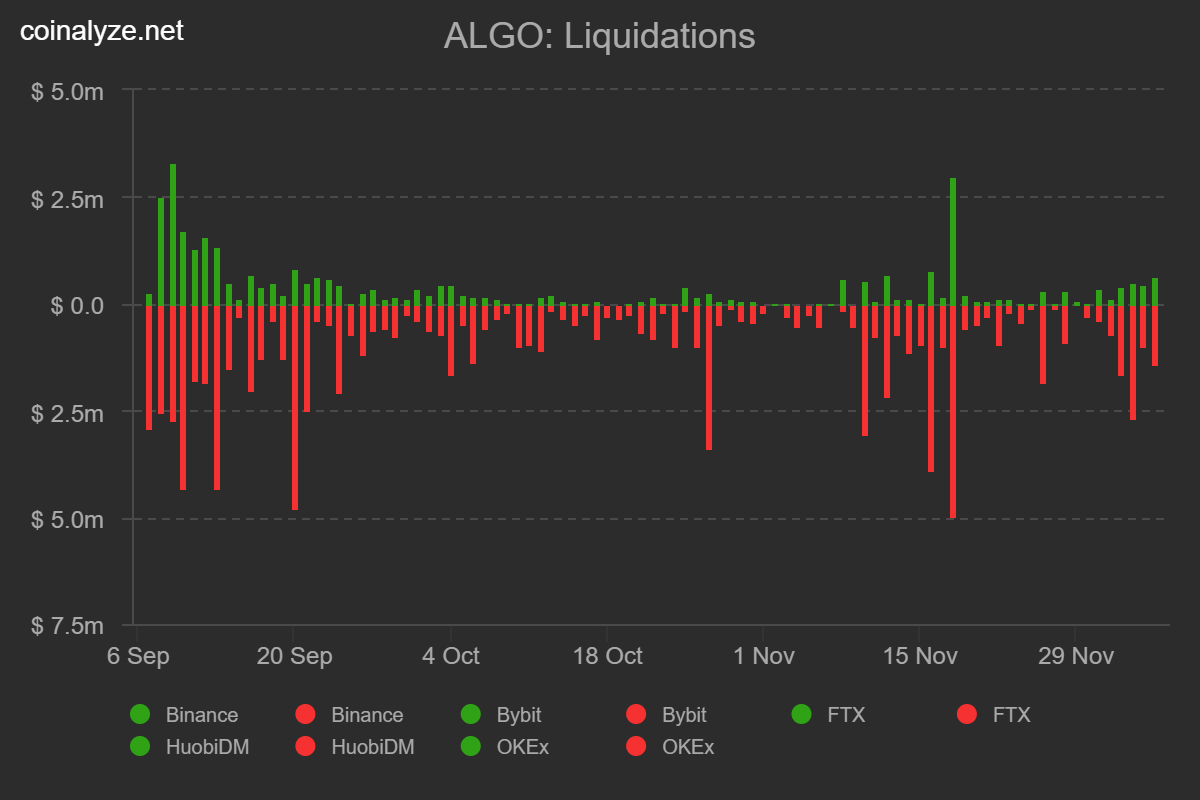 Nevertheless, a push from bulls above the simple moving averages could get the coin’s price action back on track. That being said, Algorand’s rise in the DeFi space, the NFT space and, its strengthening narrative as an Ethereum killer could further boost price growth in the long term.