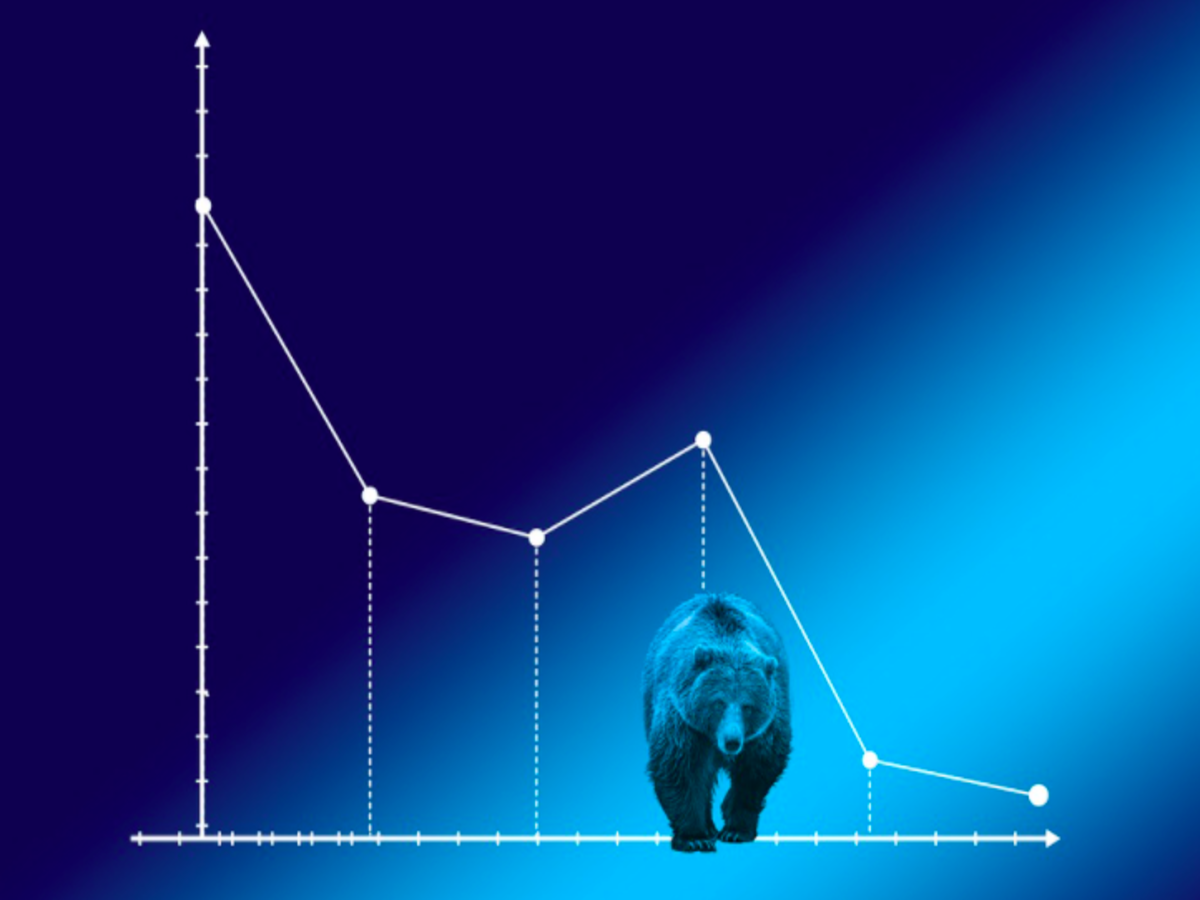 The crypto market has massively shed value over the past few trading sessions. The global crypto market cap, which had breached the $3 trillion level recently, was seen back at $2.24 trillion, at the time of writing. In fact, the broader market shed more than 14% in just the past 24-hours.

At the time of this analysis, it was noted that XRP was one of the worst-hit assets. After shedding close to one-third of its value over the past day, it was seen trading at $0.72, at the time of writing.

Crucial levels to keep an eye on

At this point in time, XRP is in quite a tricky position, even though it is surrounded by crucial support levels. The first is at the 78.6% Fibonacci level [around the $0.7]. The other is all the way at the bottom, around $0.5.

Now, as can be seen from the chart attached, XRP did drop to a level as low as $0.0600 earlier today. However, it was quick to recover and currently remains glued to the $0.7071 support level.

In the coming hours if the broader market and other large-cap alts continue to shed value, then XRP bears, in most likelihood, would puncture through the level. In effect, the alt could end up depreciating in value. Further, the 100% extension level would be the next critical support for XRP. 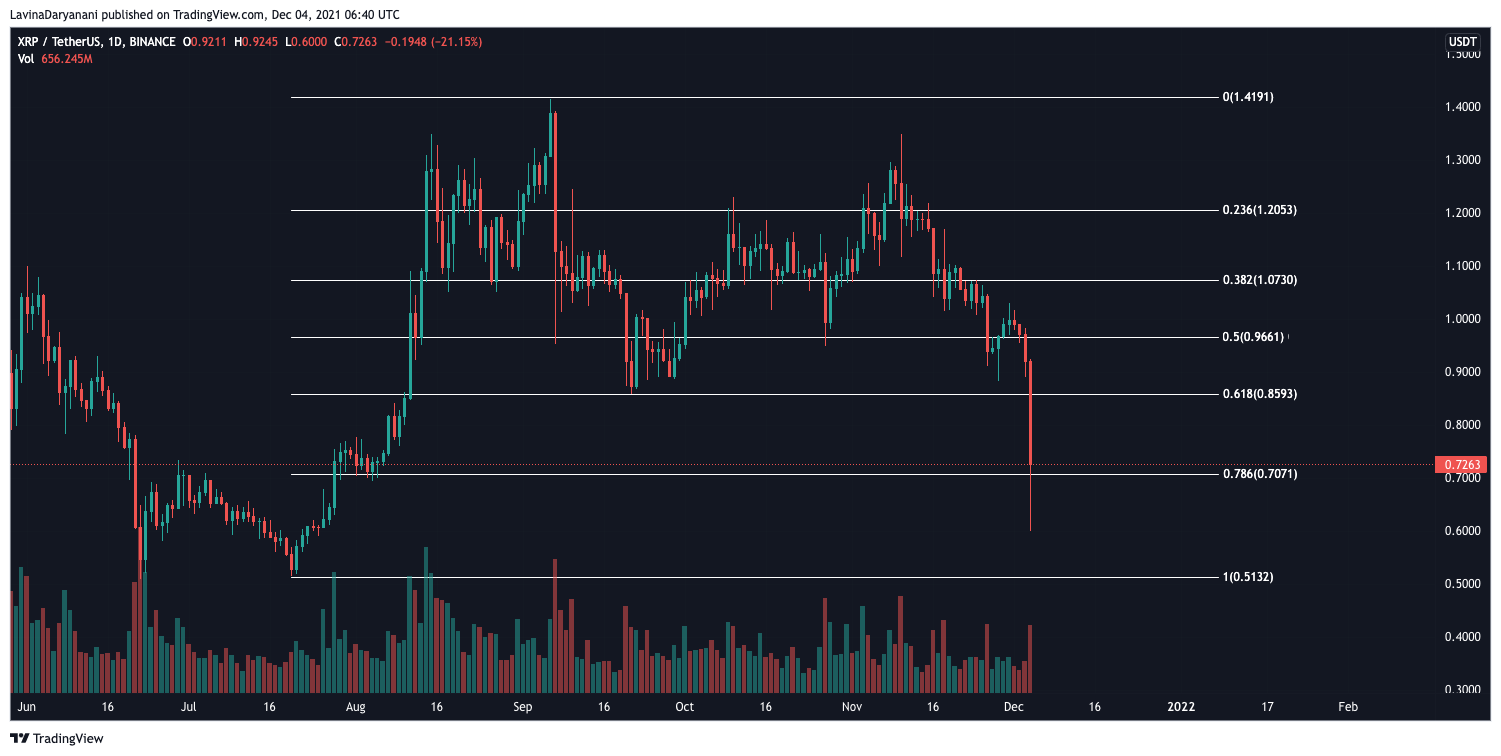 A contrasting metric stirs in hope

Despite the massive price fall, one of XRP’s network-related metrics continued to showcase positive projections.

The bullish streaks or the buy signal on the alt’s price DAA divergence chart was quite prominent, at the time of writing. Now, this is quite a commendable bullish sign, for it represents the rise in the active addresses amidst the price decline period.

It doesn’t overshadow the bleakness though

The MVRV ratio has, however, dipped massively over the past few hours. In fact, its press time level was quite synonymous with what was registered earlier in May this year. This essentially indicates the negative sentiment of XRP HODLers.

Market participants are engulfed in fear at this stage. In that context, the aforementioned metric reading comes as no surprise.

Well, it will definitely take time for the broader investor sentiment to change and the market to recover. Until that happens, it remains crucial for XRP to not dip below its support levels.

So, over the next few hours, if bulls manage to come into the picture and do some heavy-lifting, the alt does have a chance to crawl back to $0.85. Otherwise, it might remain stagnated around its $0.7 range or dip down to a level as low as $0.51.