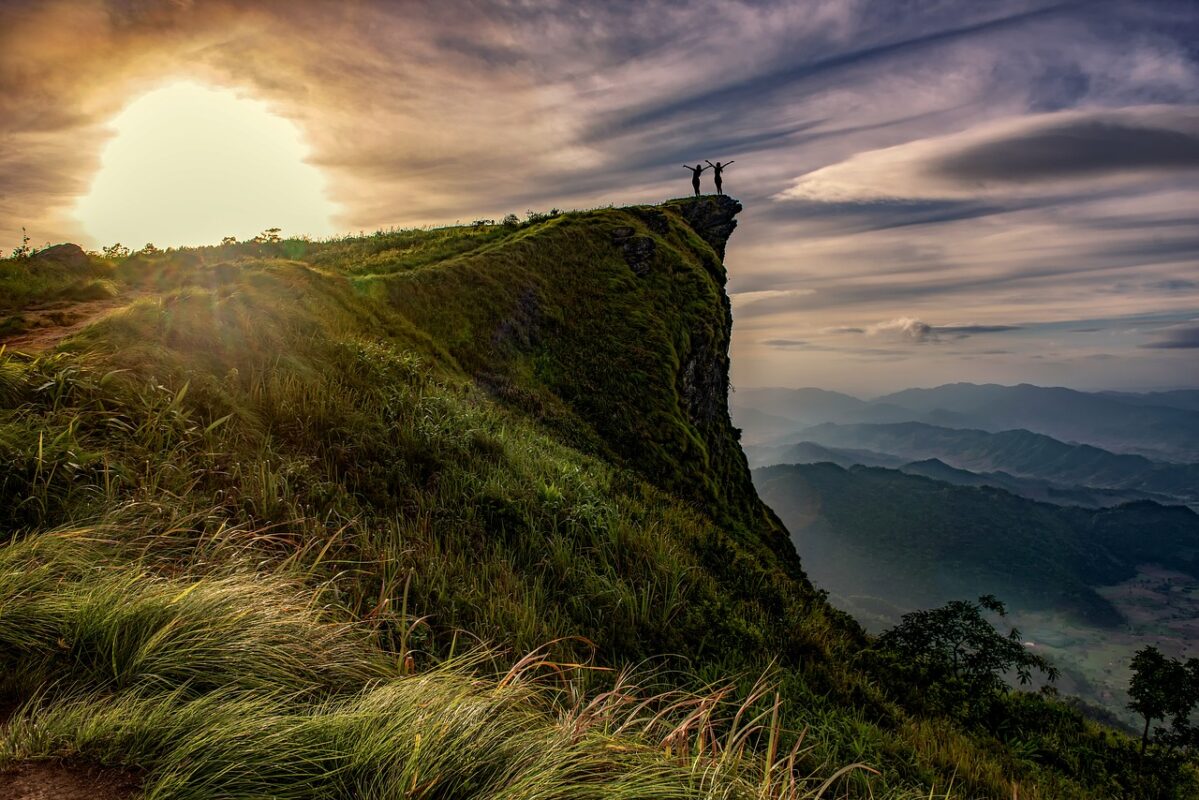 XRP has climbed to the $1.35 mark on three separate tries since August. The most recent attempt to scale these heights was in early November, but XRP met a harsh rejection once more and has been trending lower since.

The price has since formed a temporary bottom, at the $0.78 mark and looked likely to visit these lows once again. Will it be the bottom, or will XRP set new lows? Bitcoin would have a big impact on XRP’s price movement in the coming days too. 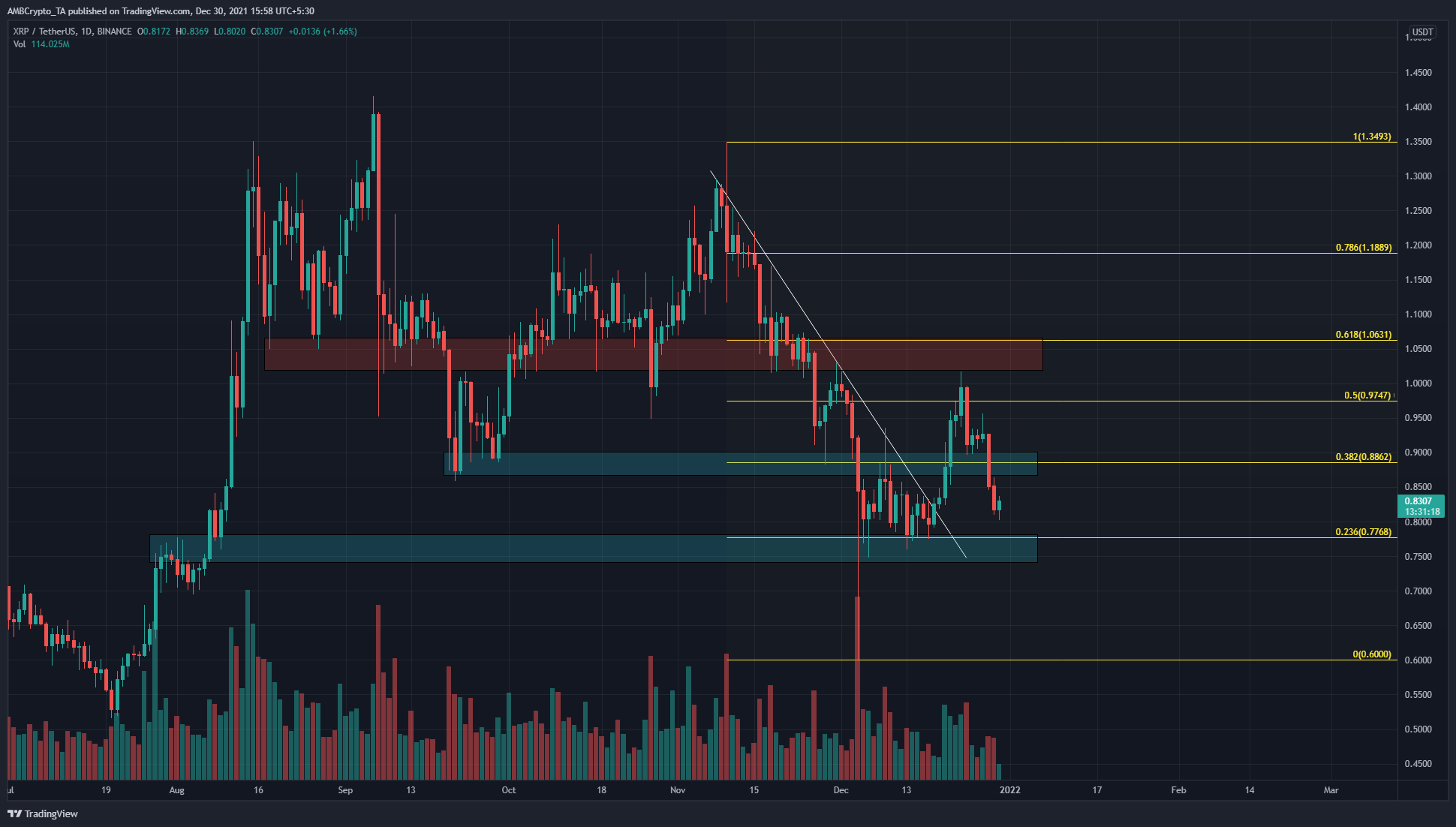 XRP broke out past the descending trendline (white) but was rejected at the $1 level, which holds historic significance too. The swing high and low at $1.34 and $0.6 were used to plot Fibonacci retracement levels.

The Fibonacci retracement levels at $0.97 and $0.88 offered some resistance to the price in recent weeks. The $0.88 area (cyan box) was a place where buyers tried and failed to halt the bears once again.

The sellers were able to drive prices well below the $0.9 mark once again. This did not bode well for the bears. The $0.8 area has seen XRP accumulate and push higher earlier this month. It could repeat, but buyers would have been weakened as they attempted to reverse the trend but failed at $1.

$0.78 and $0.71 are important levels of support for XRP bulls to defend. A close below these levels will likely see XRP head toward $0.63. 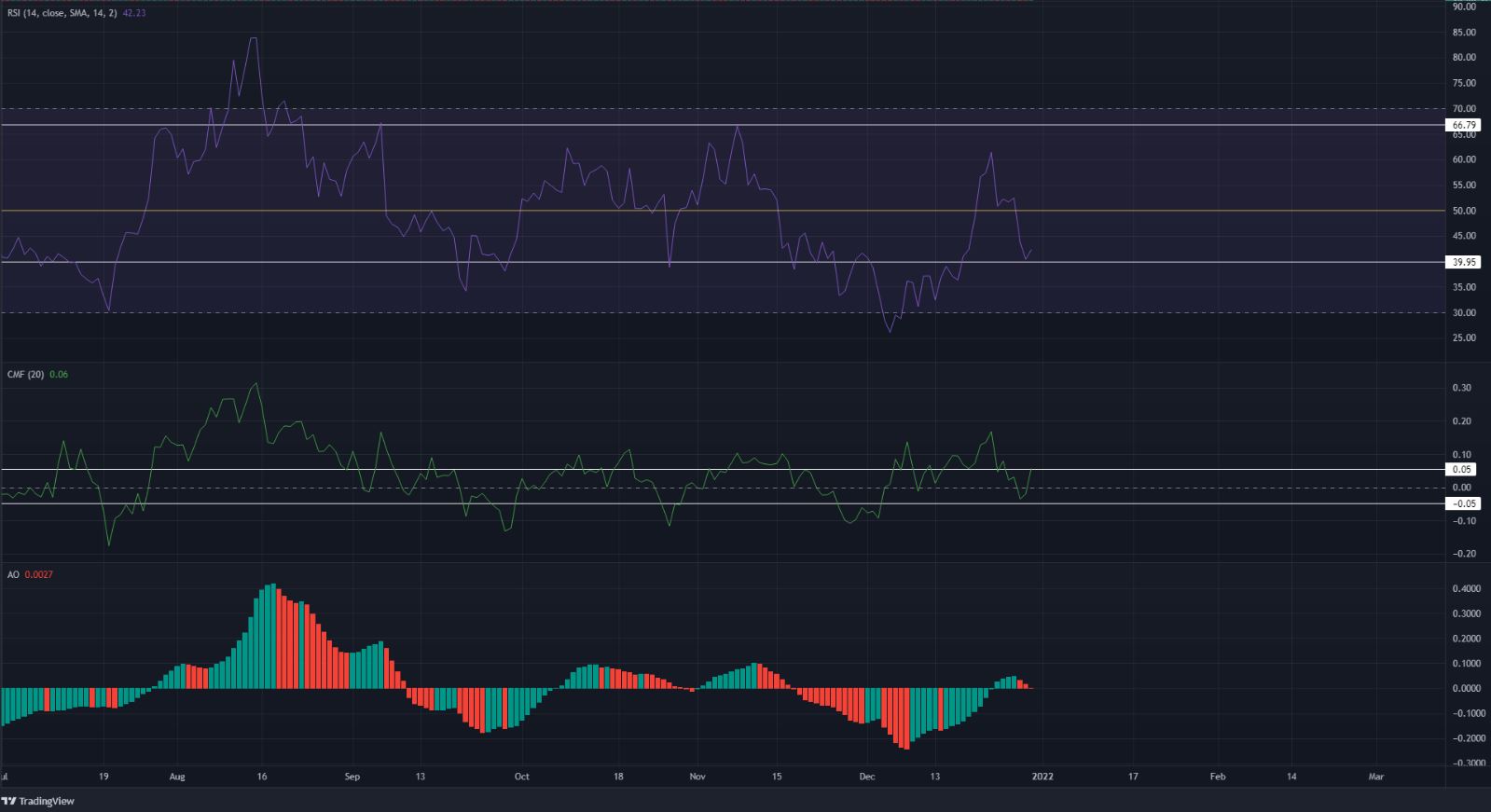 The RSI bounced off the 40 mark, which has been somewhat important in the past, for bulls. A close below this indicated bears had found extra strength, but it hasn’t happened on this latest try.

The CMF was just below +0.05, meaning capital flow was directed into the market but not by a significant margin. The Awesome Oscillator printed weak bullish bars before failing and dropping toward the zero line once more.

The $0.78-$0.82 area was a place where XRP could oscillate once again, and could also dip into the $0.75 area (cyan box) in search of buyers. A daily close below $0.78 would be concerning for bulls, as it would mean that the deviation (if it occurs) did not find buyers and price would have to head lower to find them. Bitcoin’s defense of $45.8k was also something to keep an eye on.