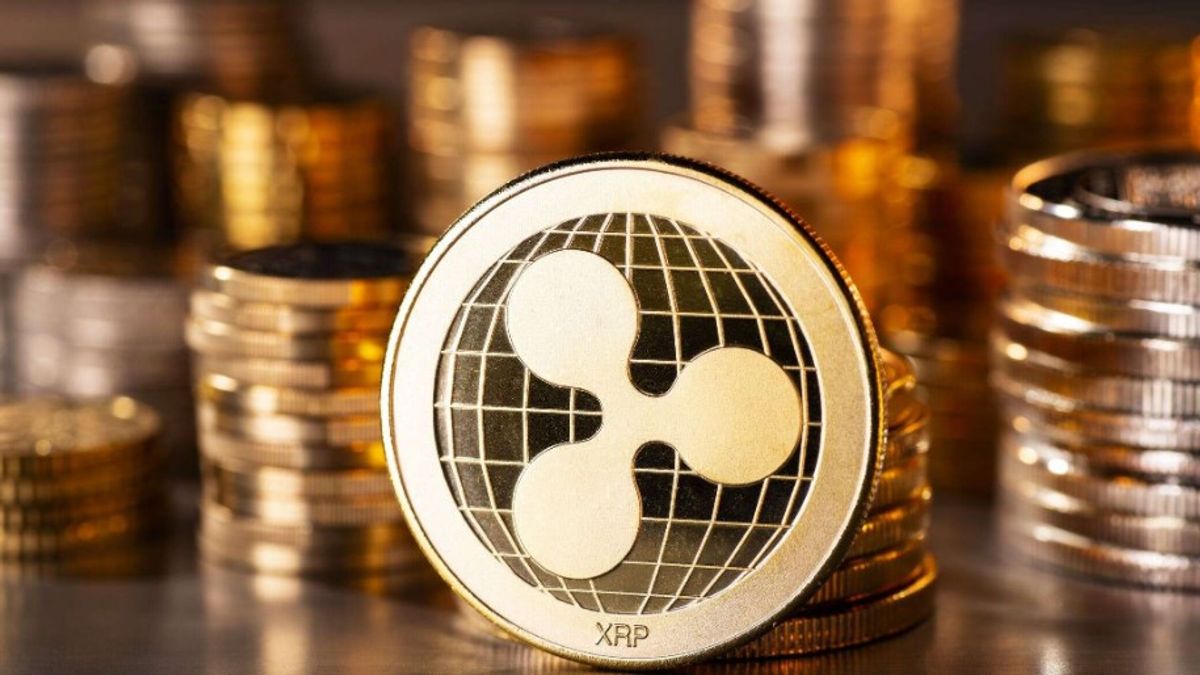 The last 12 hours have been rather terrible for the market as all the coins including the king coin fell severely. Total market capitalization came down by 7.8% at press time. XRP, Dogecoin, MATIC each lost 9.91%, 8.63% and 7.5% respectively. Regardless, XRP was in the news for SEC’s Commissioner Hester Peirce’s statement concerning the regulatory status of the coin, as she said that “ XRP doesn’t necessarily have to be a security”. 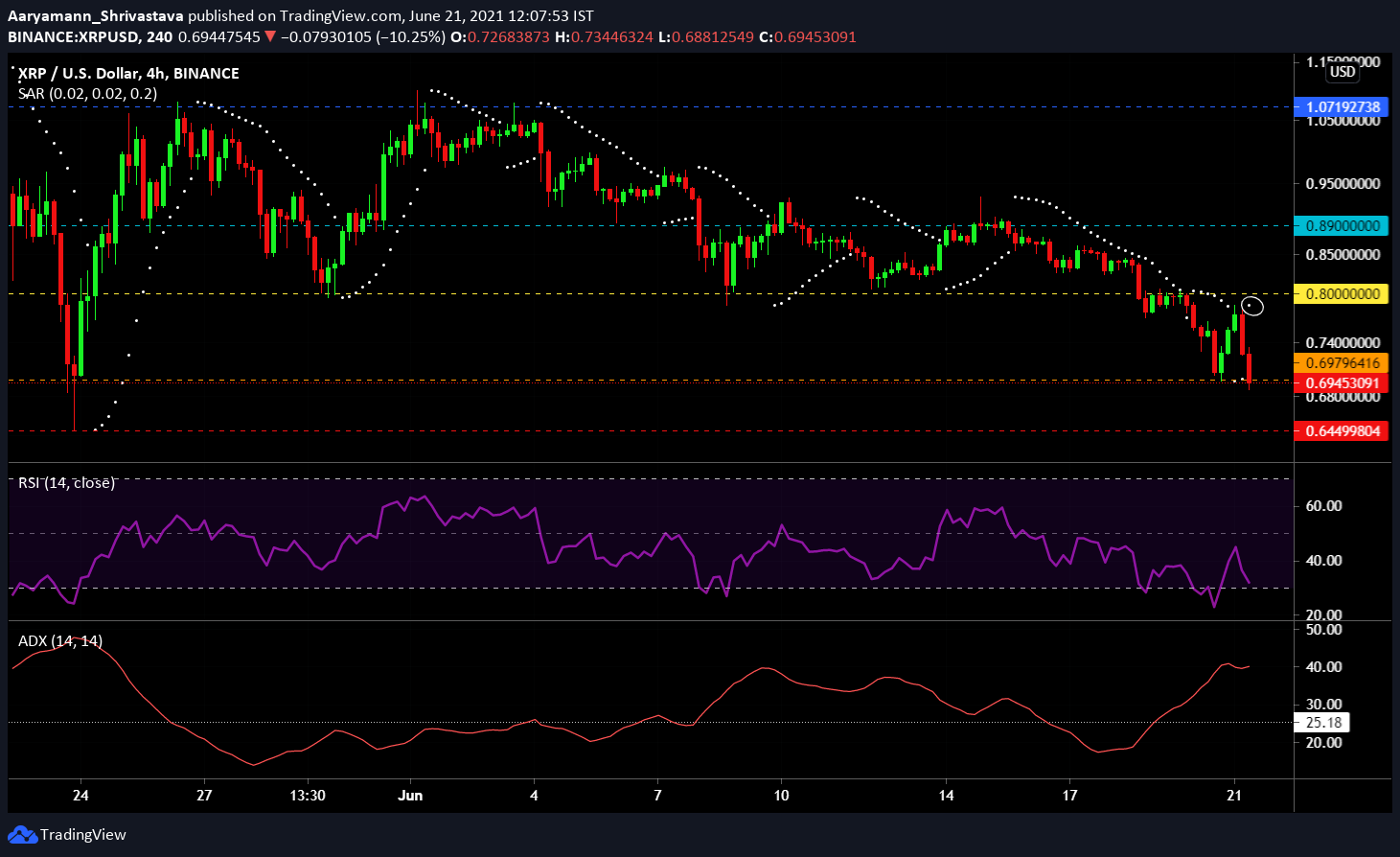 XRP faced the heat of the fall as did others as the coin fell below its 2-month long support level of $0.697 to trade at $0.694 at press time. Relative Strength Index (RSI) continued to fall towards the oversold zone since the early morning trade. Selling pressure was dominant.

A downtrend had been initiated according to Parabolic SAR as a white dot (encircled) made its presence above the candlesticks. Since the Average Directional Index (ADX) moved steadily at the 40.0 mark, the indicator remained directional at the moment. When ADX begins its descent towards the neutral 25.0 line, we can expect the active downtrend to weaken.

As the indicators suggest a negative movement, it is critical for support to be established at $0.644.

Dogecoin already fell through its $0.285 support 24 hours ago and created a new support level at $0.24. Despite the present fall, the coin continued to keep above this level. Chaikin Money Flow displayed capital outflows dominating the market and the green line dropped into bearish territory.

Bearish momentum could be observed building on the Awesome Oscillator with the appearance of red bars. Also, both the Simple Moving Averages lines – 50 SMA (orange) and 100 SMA (red) remained strongly bearish moving way above the candlesticks.

Moving forward it is necessary for DOGE to remain above $0.24 in order to keep the losses minimum.

Of all the altcoins, MATIC is the only one that managed to stay above its support level. Even though the dip took a toll on the coin, it didn’t fall below $1.21, trading at $1.30 at the time of writing. Critical support remained established at $1.04. Bollinger Bands could be observed converging as the red basis line acted as resistance. This volatility could be seen coming down in the case of MATIC.

MACD did not present any clear direction as the red signal line and the fast-moving line remained aligned in the bearish neutral zone. Squeeze Momentum Indicator changed its status from ‘squeeze release’ to an active squeeze (black dots) as bearish pressure could be observed coming down at press time.

Should there be no immediate volatility, the coin could continue to consolidate itself within the active resistance and support level.

Is it really ‘dangerous to give predictions on’ this Ethereum high?