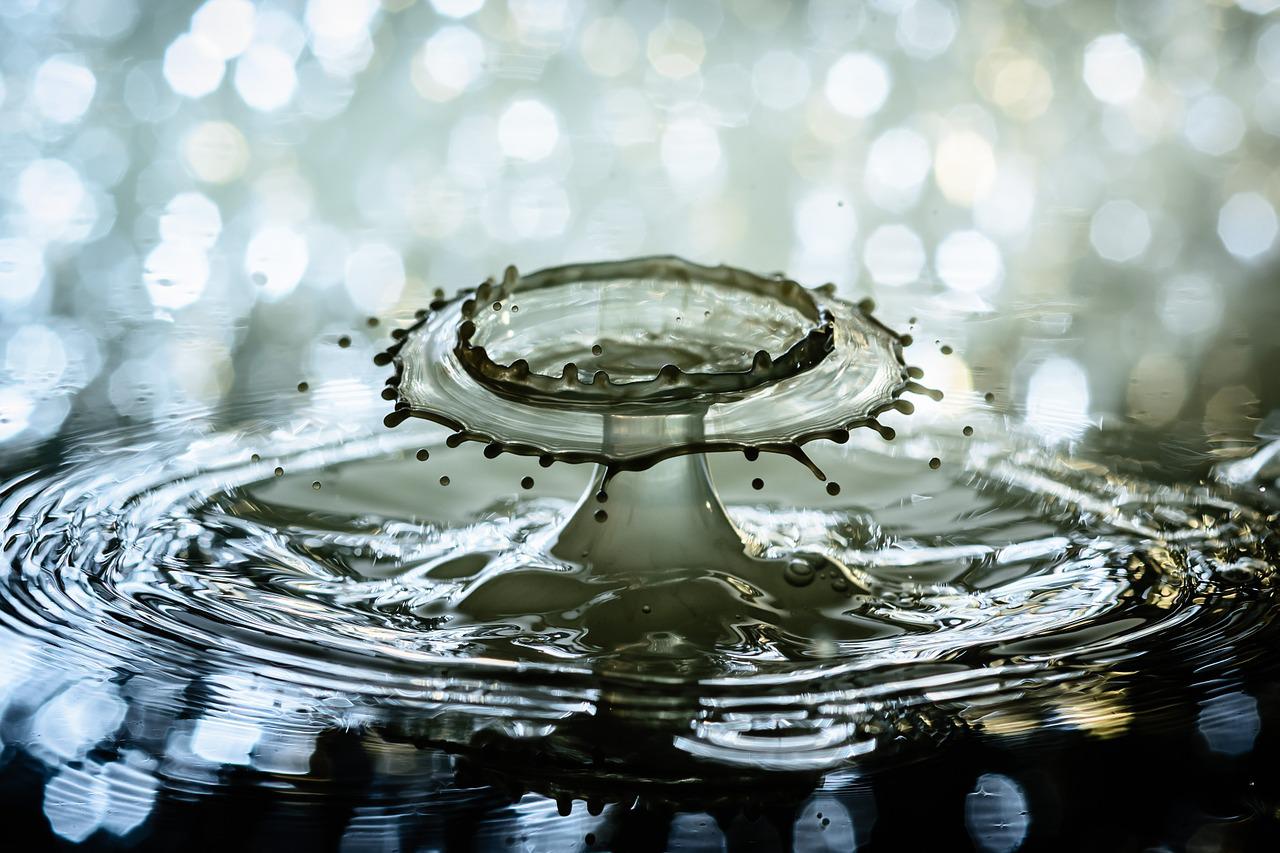 While a few cryptocurrencies in the market are trying to recover from the losses, others are slipping quicker on the charts than sand seeps out of one’s hand and XRP is, unfortunately, one of them.

One of the topmost losers of the last 24 hours, XRP is down by 16.76% in the previous 24 hours. This further adds to the bearishness from the day before, on 9 May, when XRP went down by 14%. 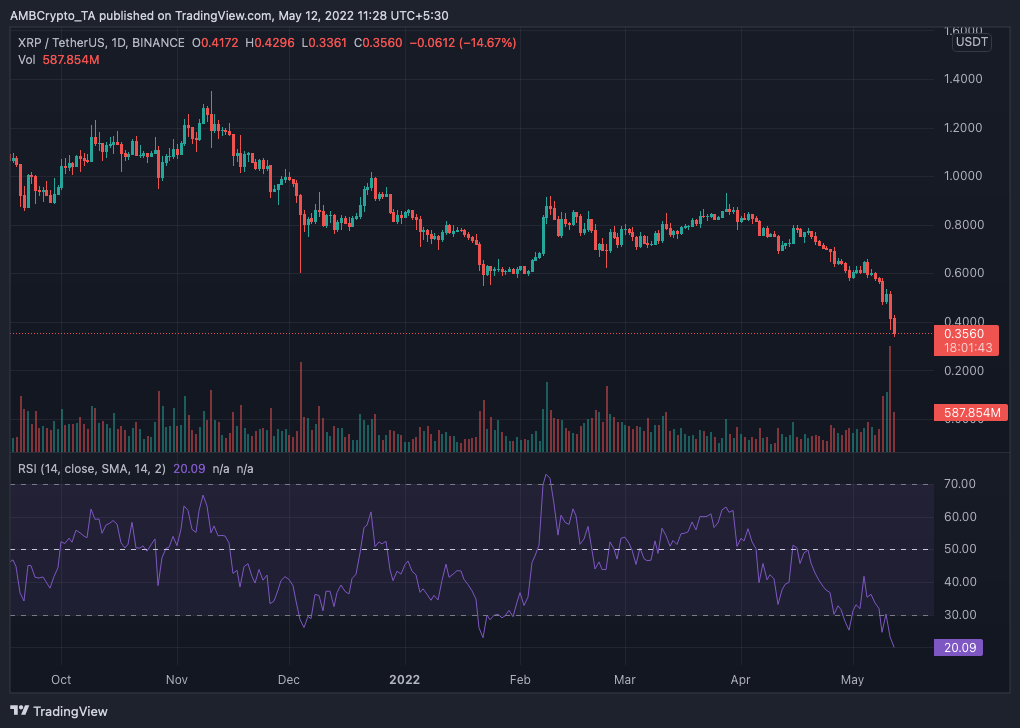 But even at such a massive decline, XRP investors are in a much better spot than LUNA holders, who have lost over 99% of their investment in 48 hours.

However, unlike LUNA holders, XRP investors have already been cautious since the beginning of the year, which is why the network has been noticing a consistent decline in the number of active users on-chain on a daily basis.

Down from the peak of 243.8k, XRP has noted less than 100k users active regularly on-chain over the last week, spiking to 102k yesterday. 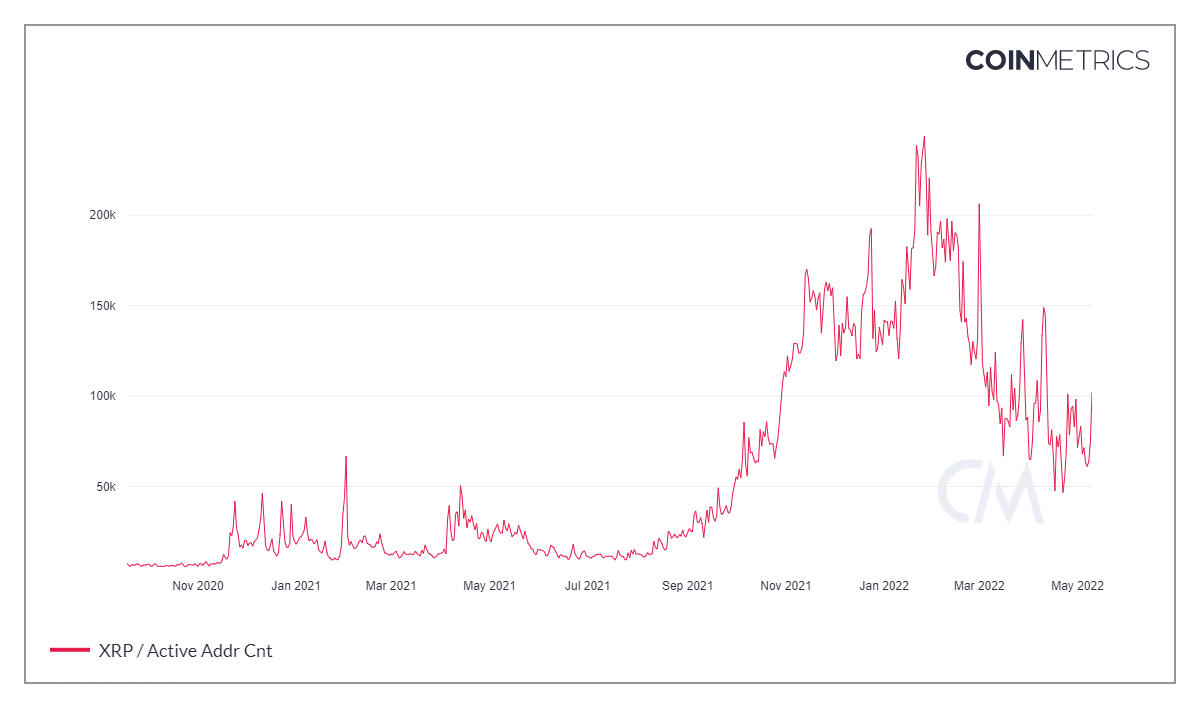 Consequently, transactions on-chain have also reduced from almost 2 million at one point to just 1.3 million at the time of writing. 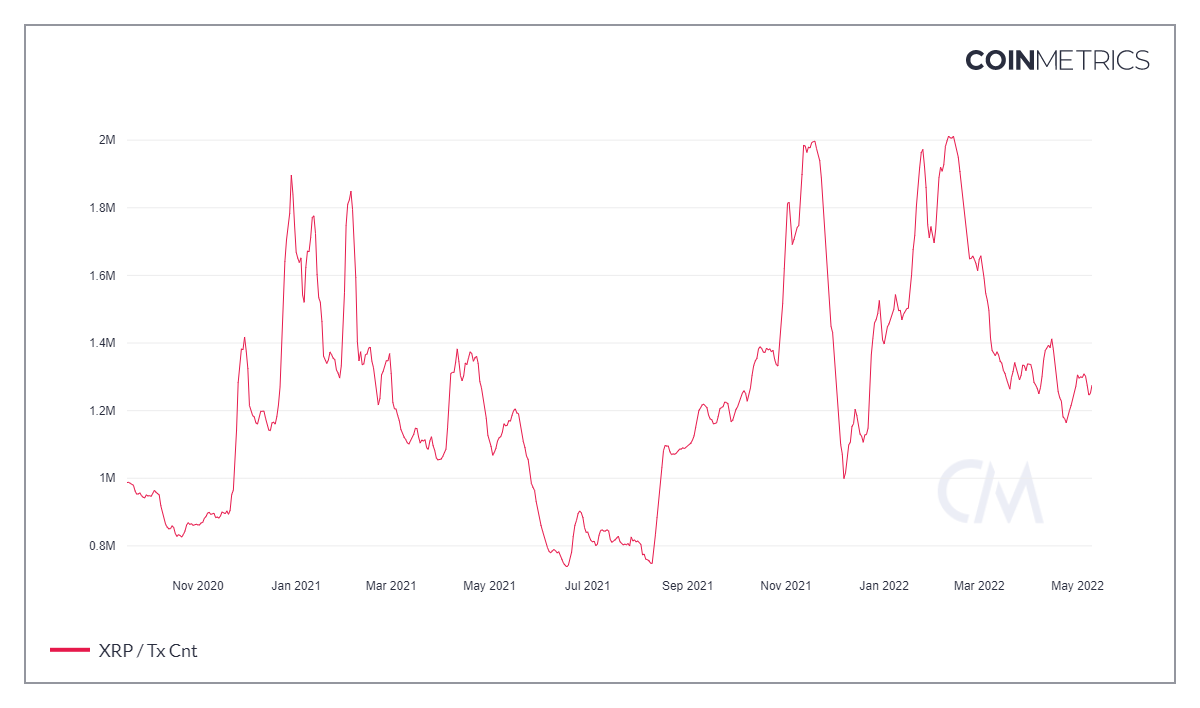 This caution, although, does not make things any better for XRP holders since those who have loyally held on to their supply of XRP for more than a year now are at a loss of 63.34%.

Such terrible returns leave investors with no incentive to hold on to their XRP especially given the current state of the market. 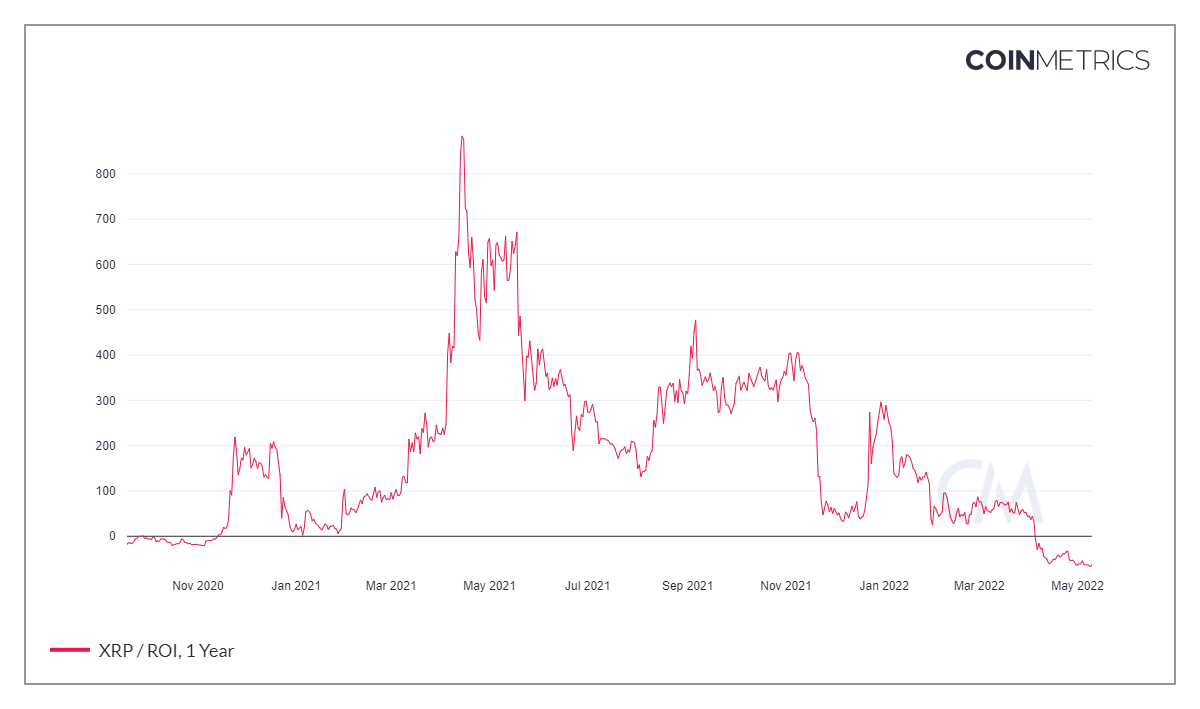 As it is, the market value of XRP has already plunged below 1.0 to stand at 0.892. Despite being the sixth biggest cryptocurrency in the world, XRP’s market value today is lower than that of Chainlink (1.12) 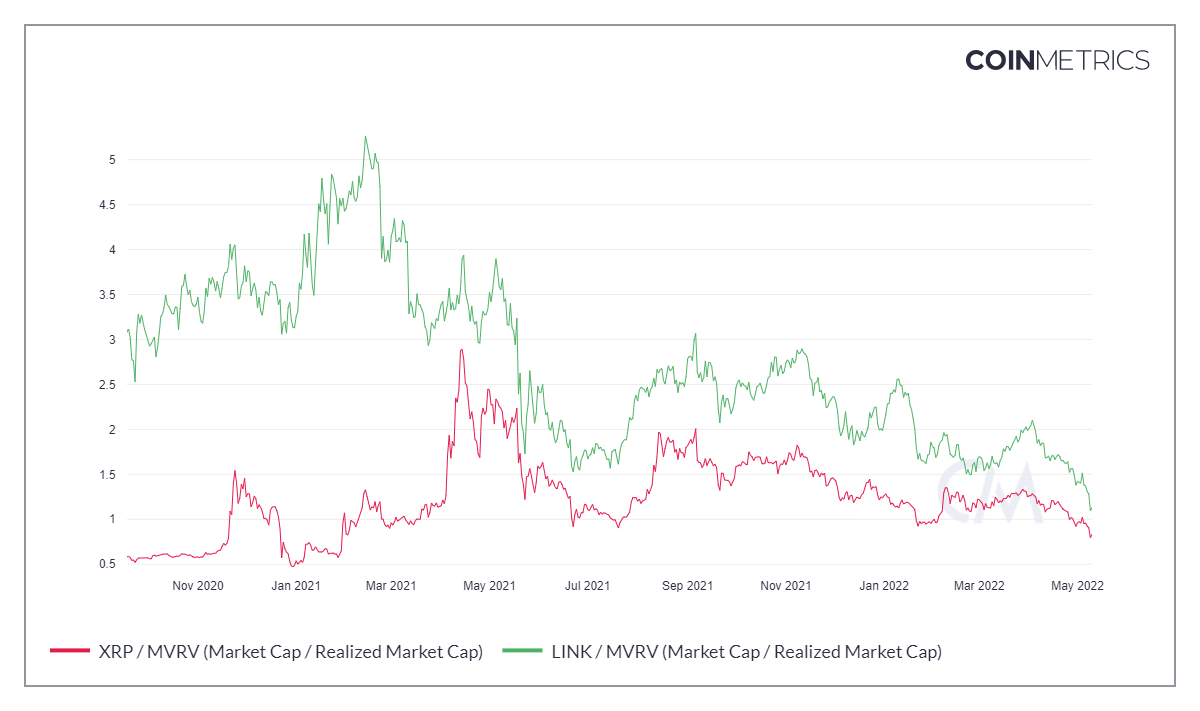 Bitcoin: How are investors reacting with BTC breaching $30k on the downside