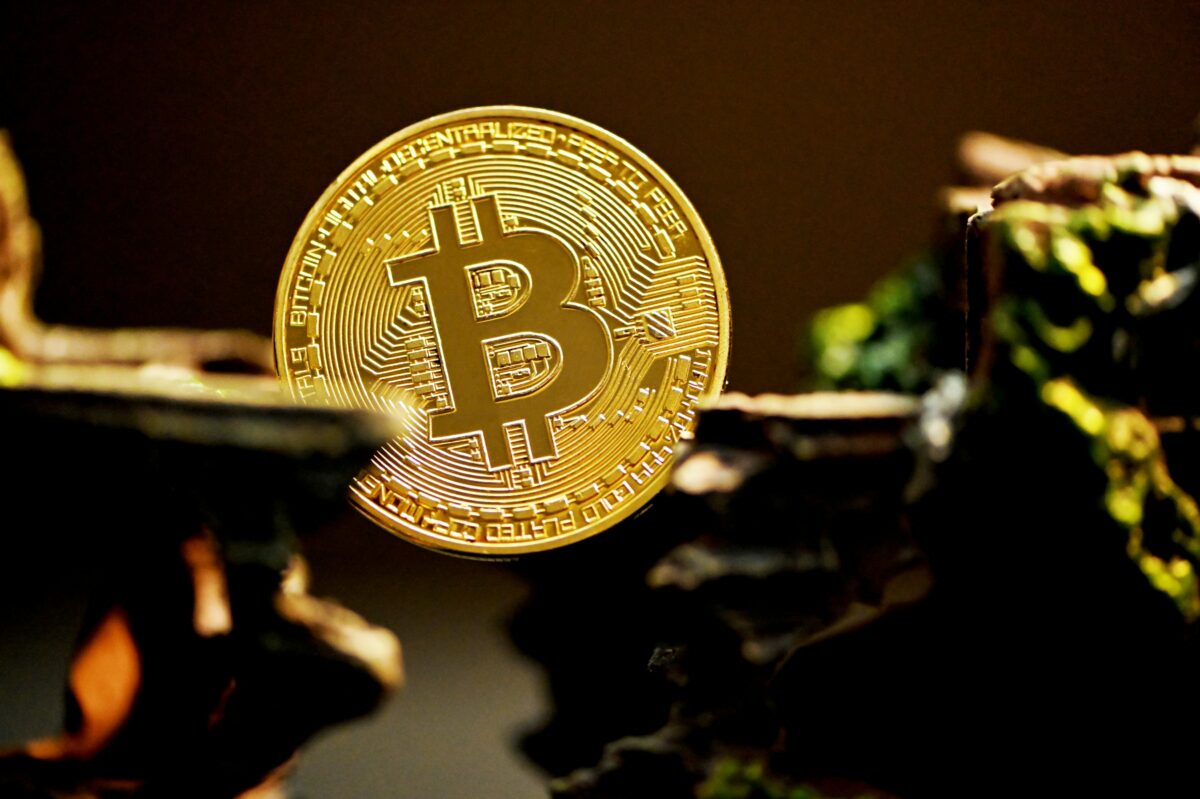 As Bitcoin to a new low, other cryptos also plunged likewise including Ethereum, Solana, and Ripple. The market cap of the crypto industry even fell to $1.37 trillion representing the plight of investors.

BTC prices dropped below $29,000 in what has been a dreadful month so far. Even the metrics are suggestive of a bearish run for Bitcoin. Such situations often have a bearing on the entire crypto market. Investors should ergo closely follow these patterns to get a full picture of Bitcoin in the current market situation.

As Bitcoin dropped to $28.3K, the moon-boys were probably the most slandered group on social media. Regularly, they have eyed a meteoric rise for the flagship crypto. But unfortunately, the current situation is nothing but an insult to their injuries.

The number of whales just hit an 18-month low at 1,776. A similar low was observed on 19 January at 1,781. Whale movements are particularly important in the crypto markets since they lead the sentiment with their actions. The whale movements are closely followed by shrimps who are likely to take note of these exits. 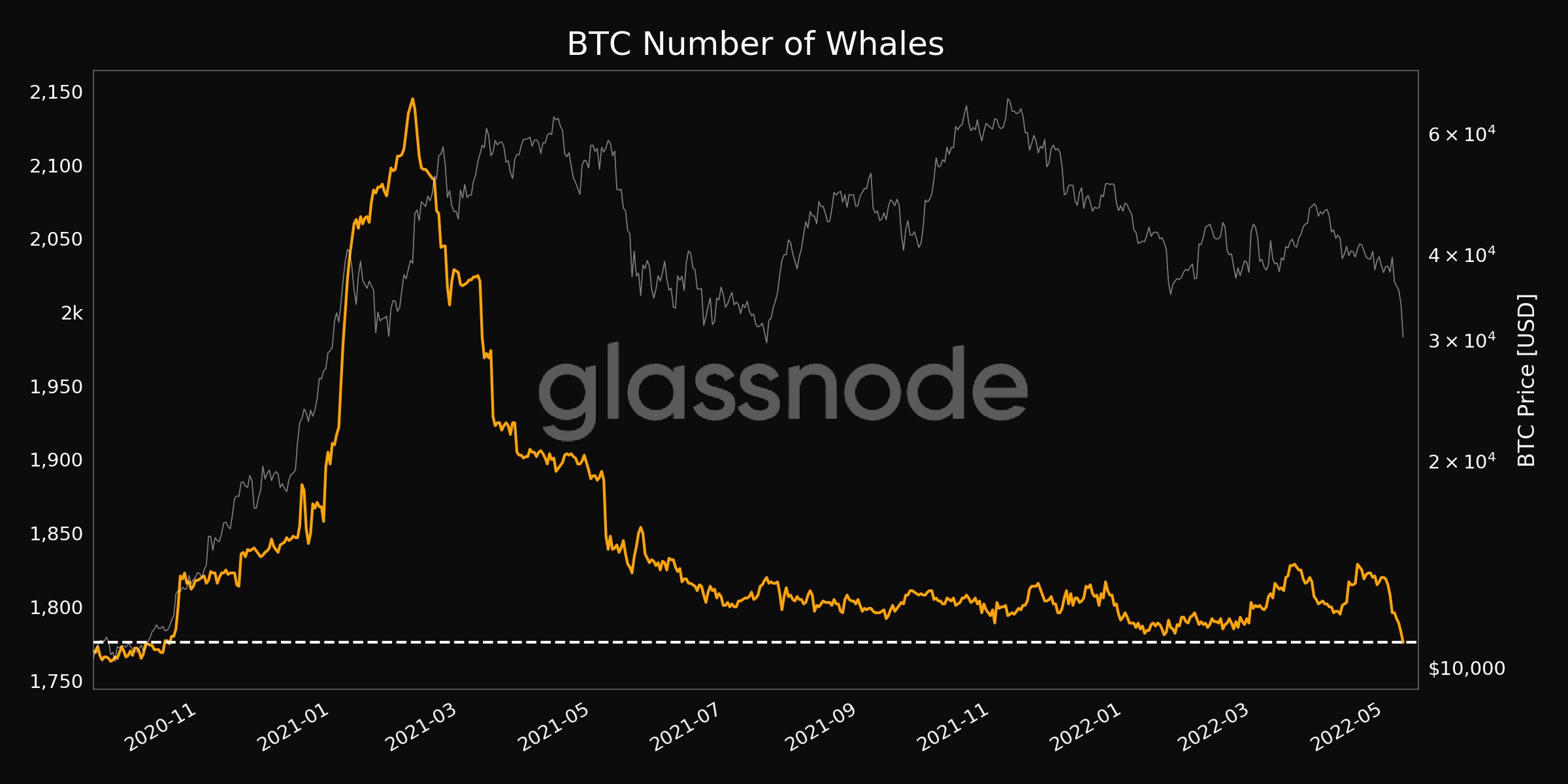 The MVRV metric is another that is signaling a bearish run for another couple of days, at the very least. The ratio was at around 1.2 which is the lowest point in over two years since April 2020. This also means that a lot of investors are holding the asset in unrealized losses and that the asset is nearing undervaluation. 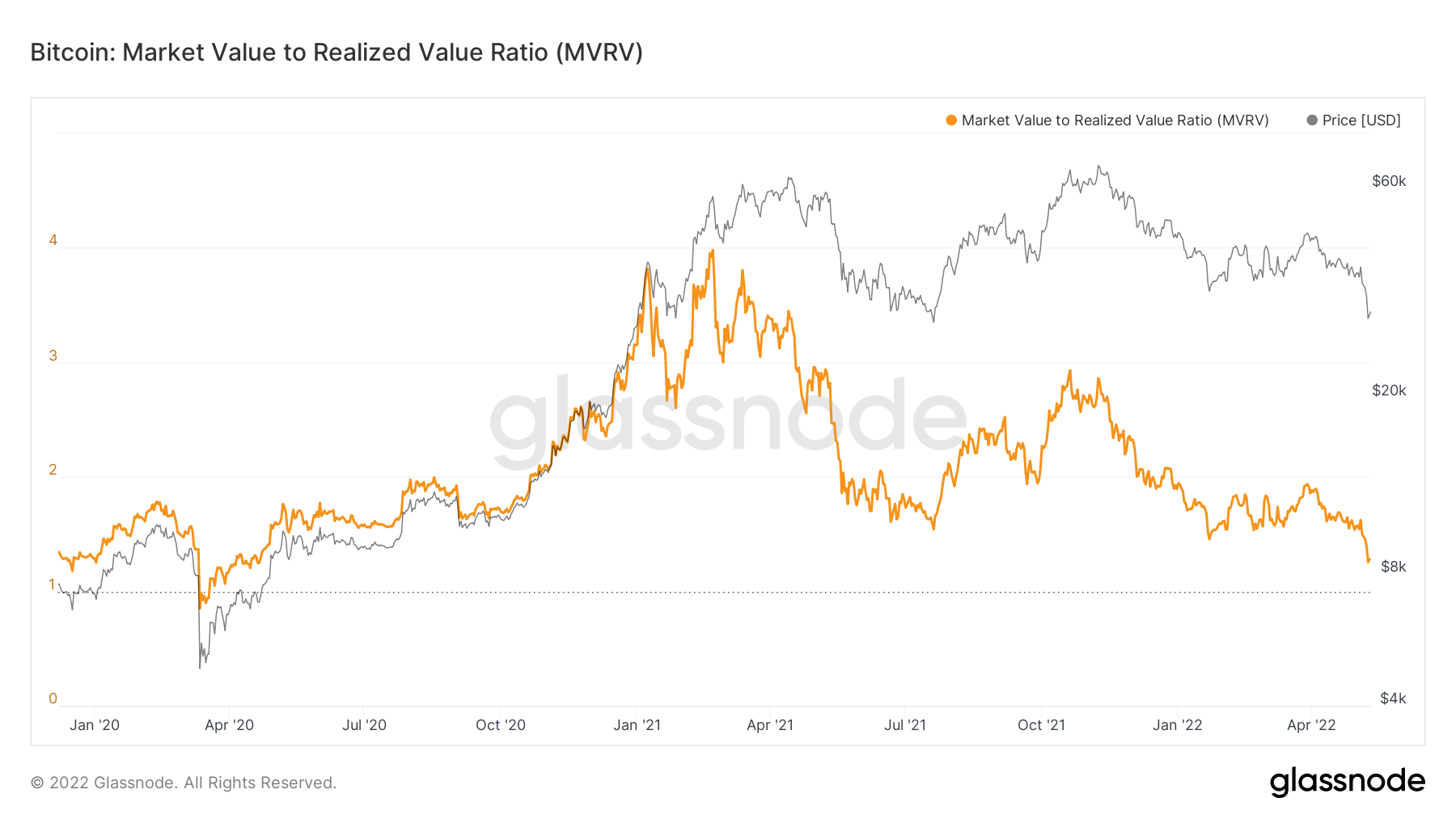 Hear it from the experts

Scott Melker, Host of The Wolf of All Streets podcast, says

“Bitcoin has fallen alongside global markets as traders and investors risk-off in the face of recession and inflation concerns. Bitcoin dropped to below 30K, the tail end of which was largely the result of the Luna Foundation Guard dumping Bitcoin on the market in a desperate attempt to fix the UST peg. This was an insult to injury on a down day.”

“We are past the point where blockchain and cryptocurrencies can become obsolete suddenly. So a sharp swing downwards in cryptocurrency prices might be a chance to enter or re-enter the market.”

XRP falls to a 13-month low as it loses value to Chainlink, here’s what’s next