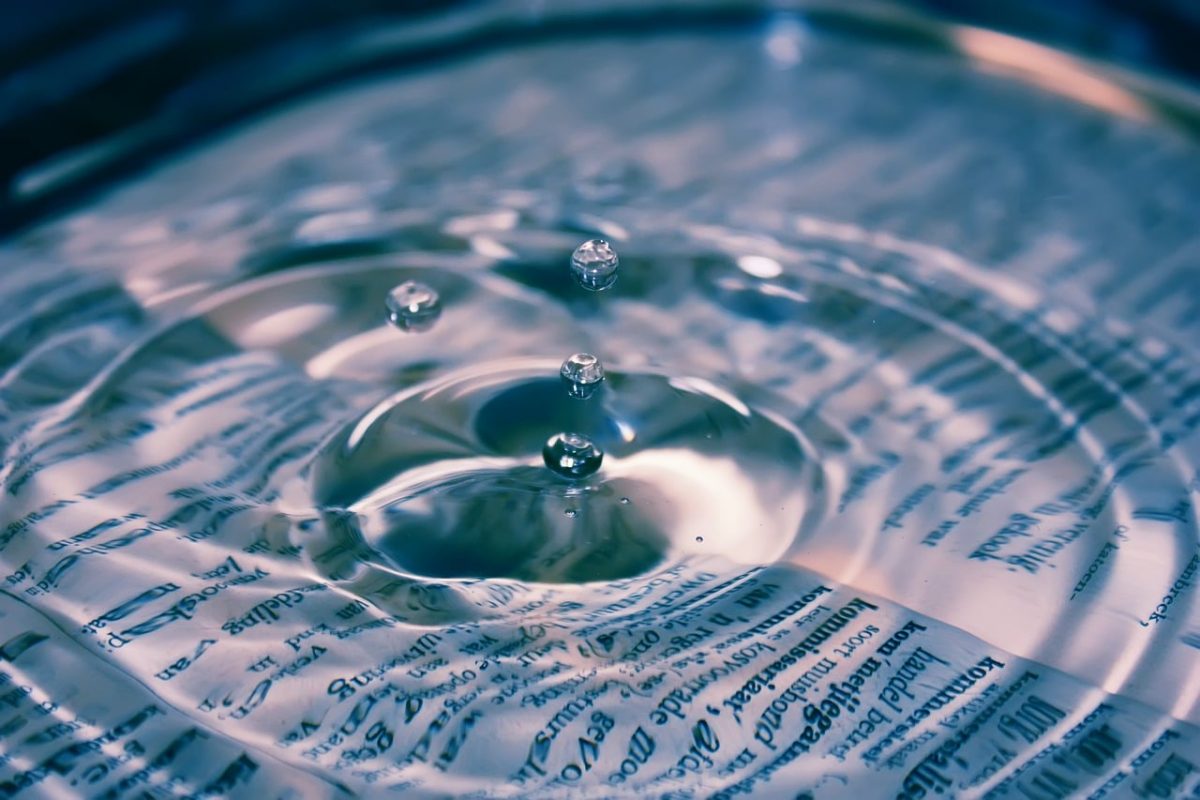 XRP just concluded its best week since June after delivering an upside of 63% in the last 7 days. This rally underscored the return of investor confidence now that the SEC-Ripple Labs legal battle is expected to end soon.

The aforementioned lawsuit heavily subdued XRP’s performance, especially over the last 24 months. In fact, Ripple CEO Brad Garlinghouse recently revealed in an interview that the summary judgment filings were made a week ago. Even so, it has been claimed that the SEC failed to honour some of the court-mandated requirements.

According to observers, Ripple Labs has so far maintained a strong defense while the SEC failed to provide a watertight argument. The regulator’s failure to comply with some of the court’s mandates has further strengthened investor sentiments in XRP’s favor.

Strong accumulation ensued as a result, pushing XRP out of its wedge pattern on the charts. 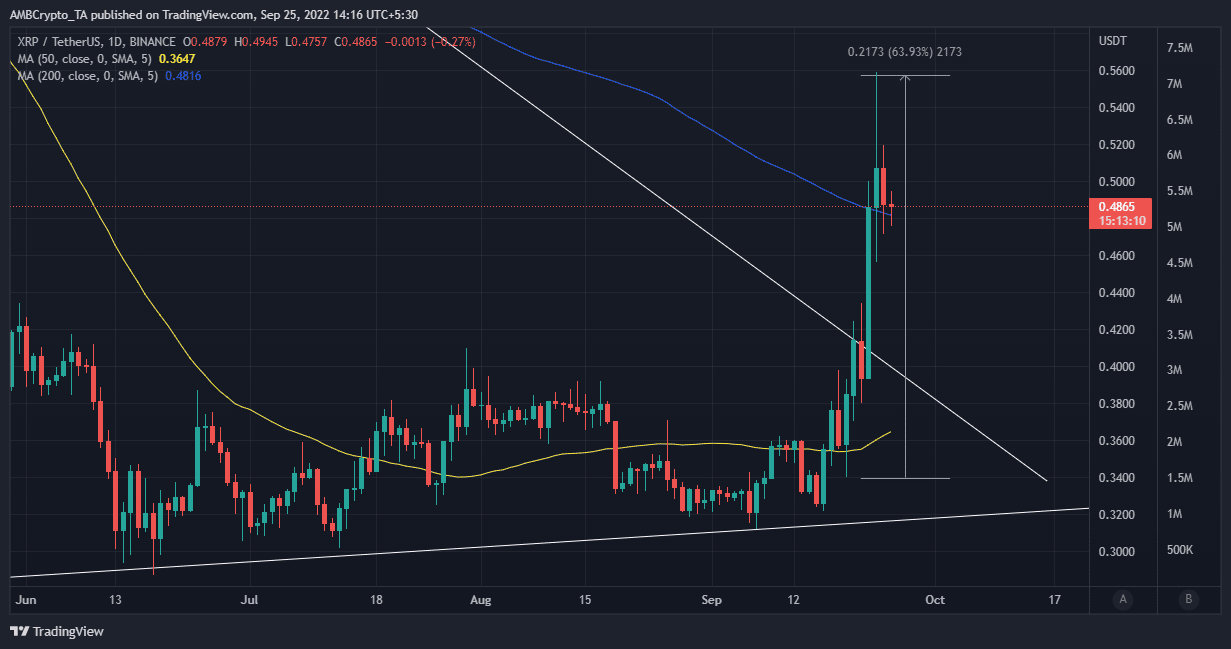 XRP traded as low as $0.34 last week, but strong bullish volumes allowed it to exit its lower range. The cryptocurrency peaked at $0.55 on Friday, but it has since pulled back to a press time price of $0.48.

This pullback was expected, especially considering that the rally pushed deep into the overbought zone.

A bit of profit-taking is expected after XRP’s strong rally and this explains its latest pullback. It is notably not as strong of a retracement and this is a sign that most XRP investors are optimistic about the legal outcome.

A favorable announcement this week may strengthen the bulls, leading to some more short-term upside. XRP whale transaction count for transactions worth over $1 million increased substantially towards the start of last week.

The whale transaction count tapered out towards the end of the week, especially as XRP became overbought. As expected, whales would likely avoid buying in the overbought zone. Increased activity may also be observed due to profit-taking, but that has not been the case so far.

XRP’s 90-day dormant circulation increased slightly over the last few days, but it remains within the lower monthly range. This seemed to be confirmation that long-term HODLers are still holding on to their XRP.

XRP’s age consumed metric also demonstrated a similar observation, one where it projected very little activity. This also confirmed low transfers between exchanges – Another sign that many XRP holders remain optimistic about the future.

XRP’s on-chain metrics reflected the cryptocurrency’s price chart, especially the limited retracement. Investor sentiment, at press time, leaned heavily in favor of the bulls and the likelihood of more upside is quite high. Nevertheless, XRP is still subject to volatile market movements.

Another unexpected FUD event may trigger more price slippage in the market and consequently, curtail XRP’s recovery. Such an outcome would delay its upside. On top of that, investors might respond negatively to potential complications arising from the lawsuit, leading to more downside.

APEs are whaling around now and this means…