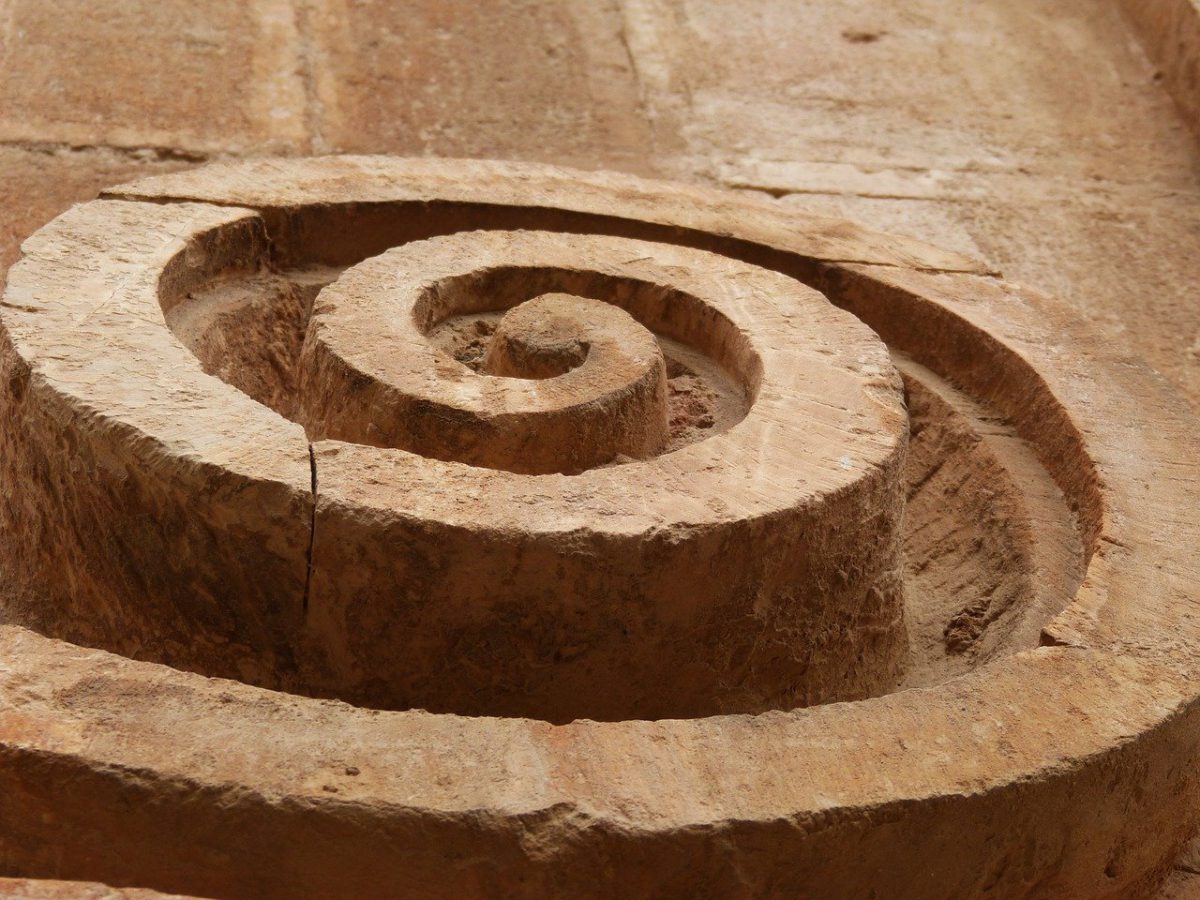 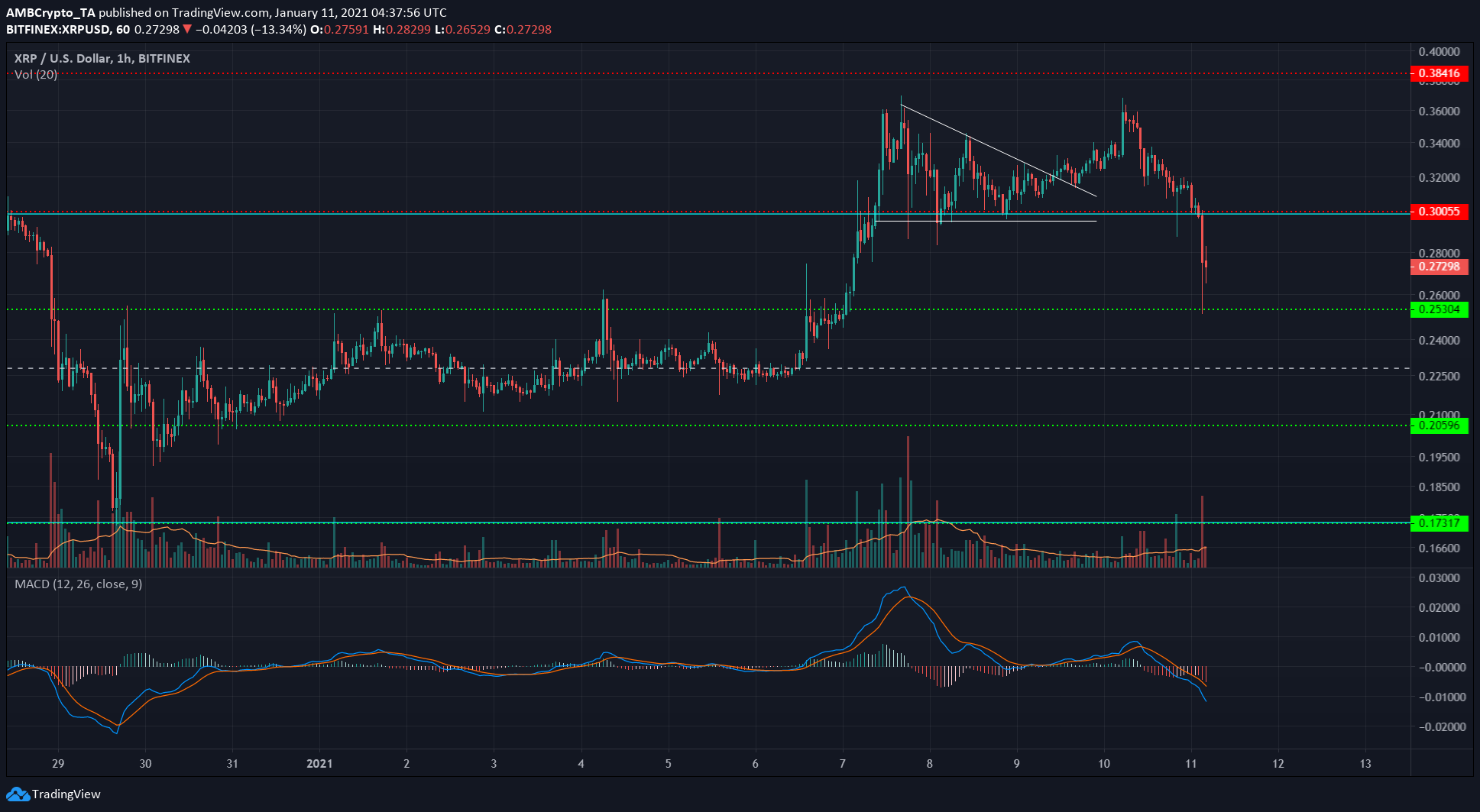 $0.3 is a crucial level for XRP. Over the next few days at least, it can be expected to offer resistance to the price. The range between $0.17 and $0.3 has seen XRP move within it for the most part since July 2019.

The ascending triangle pattern did not see XRP move beyond $0.35, and on the 1-hour chart, the MACD showed strong bearish momentum. The drop reversed at $0.25 as buyers stepped in.

The reaction in the $0.295-$0.3 region will be important over the next day or two- a rejection would mean another move to $0.25, while some consolidation there is likely to be followed by a breakout back to the upside. 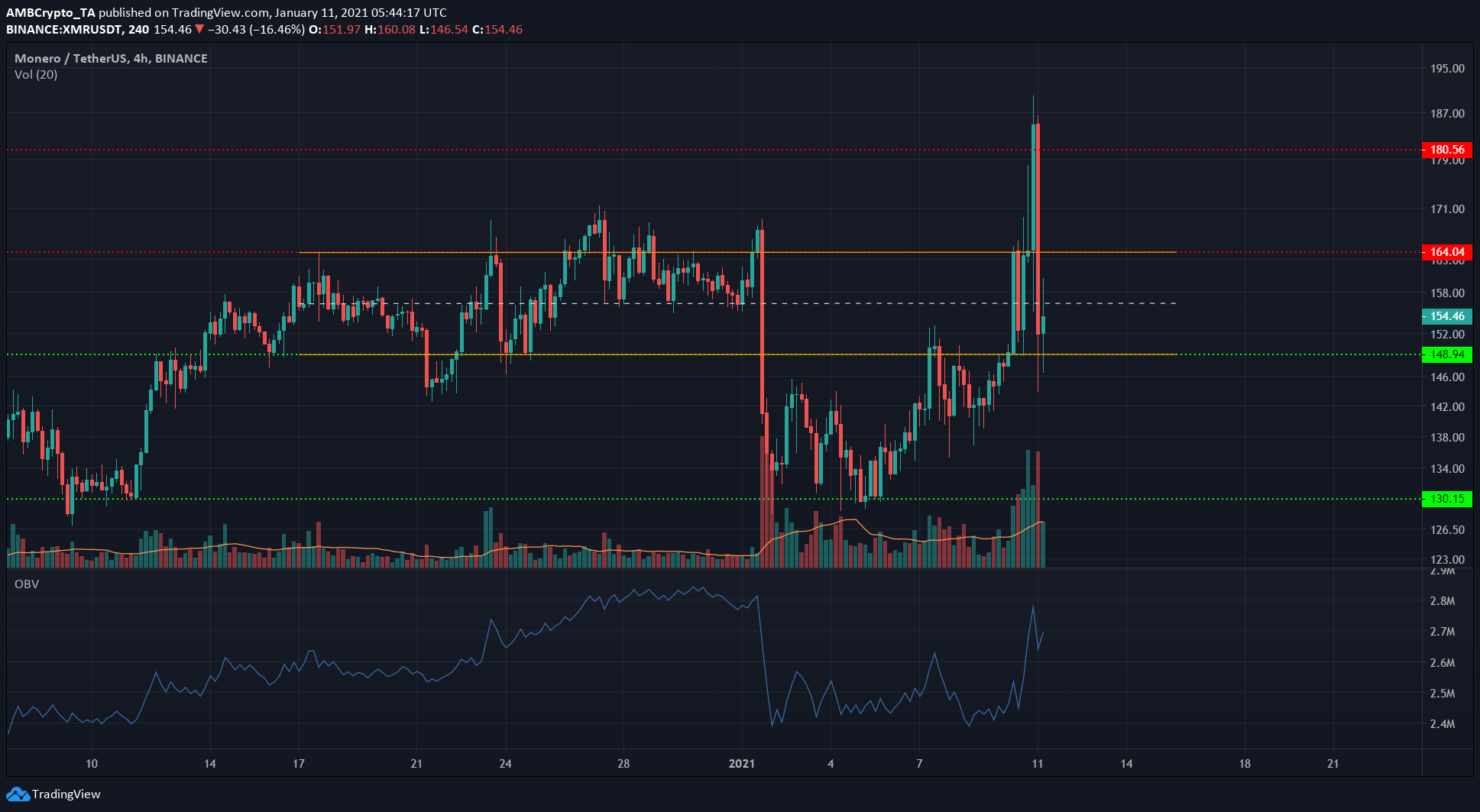 The price was back within the $150-$164 range. The OBV, after the roller-coaster ride that the past two weeks have been, was back where it was at in late December.

A climb back above the mid-point of the range at $158 would be bullish for XMR, while a trading session close beneath this point would see XMR retest the $150 support and possibly lose it to the bears. 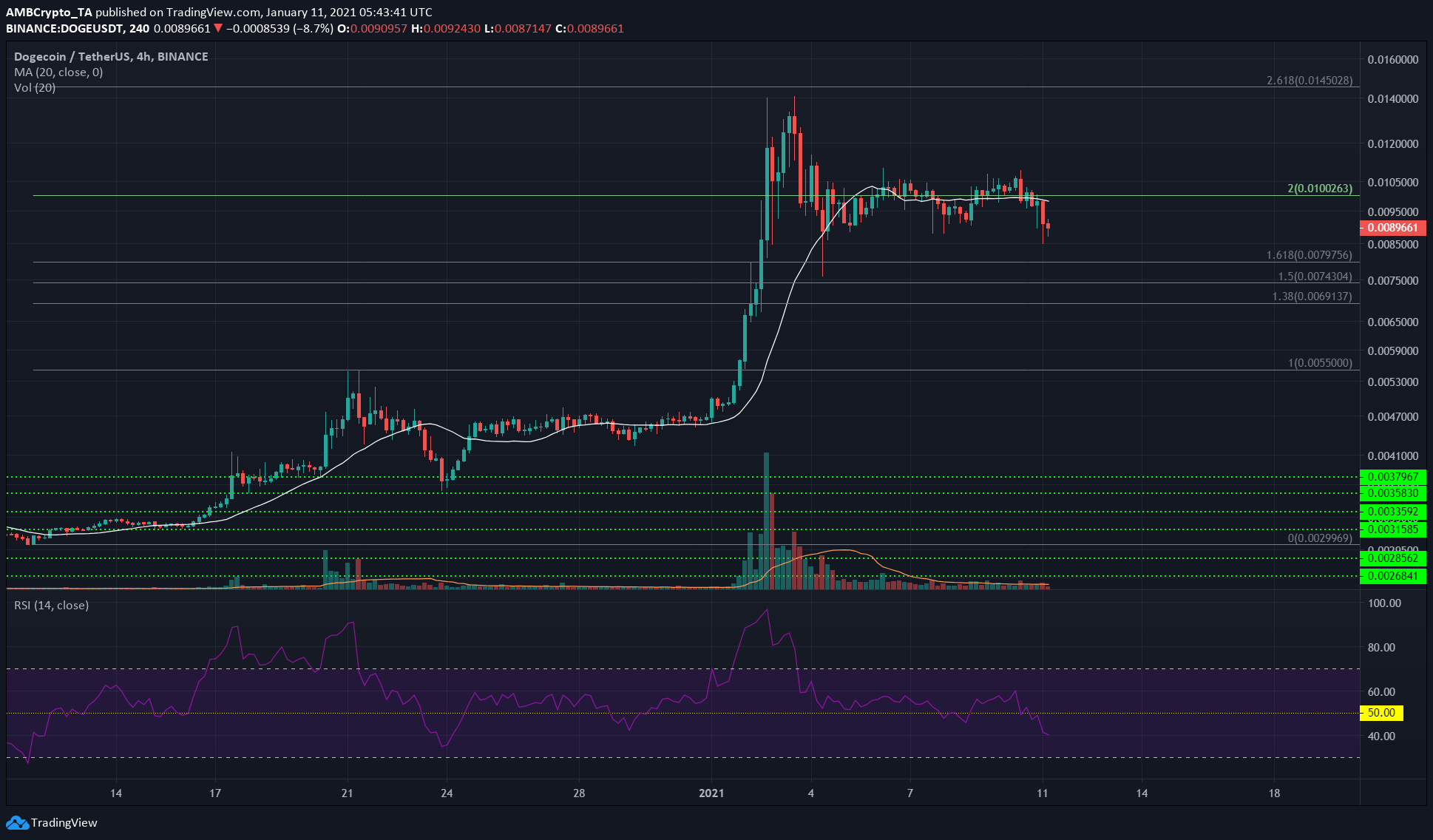 DOGE lost 15% over the past 24 hours and the price moved beneath the 20 SMA (white), after a few days of consolidation around the $0.01 mark.

Further retracement could be in order for DOGE as the RSI slipped below neutral 50 to denote bearish momentum. A retest of the neutral 50 and another drop for the RSI would indicate a short-term downtrend.

The market-wide selling pressure, if at an end, would see BTC and ETH either stabilize and trade within a range, or resume their prior uptrend. Over the next few days, this could positively impact DOGE prices as well.

It was Stellar! Understanding XLM’s price over the past week