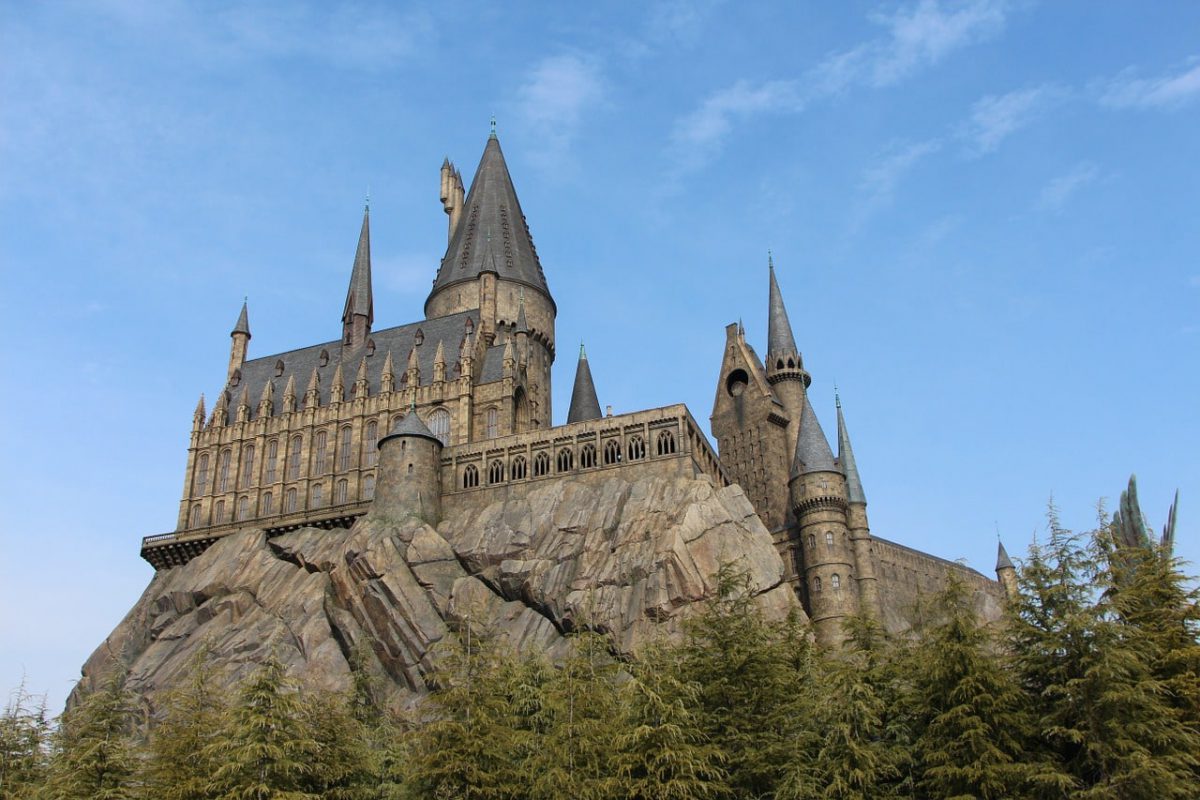 News of former Ripple executives dumping XRP in the market, or developments in the SEC’s lawsuit against Ripple, has hit the market at regular intervals, and yet the price has been surging in the past few weeks. This pointed toward a strong bullish market sentiment, and buyers are likely to drive prices higher, with some analysts even calling for XRP ATH being broken.

On the charts, XRP was headed toward $1.25 in the coming hours. The breakout past $0.63 has seen XRP break past multiple levels of resistance to $1, and it could touch $1.71 in the weeks to come. 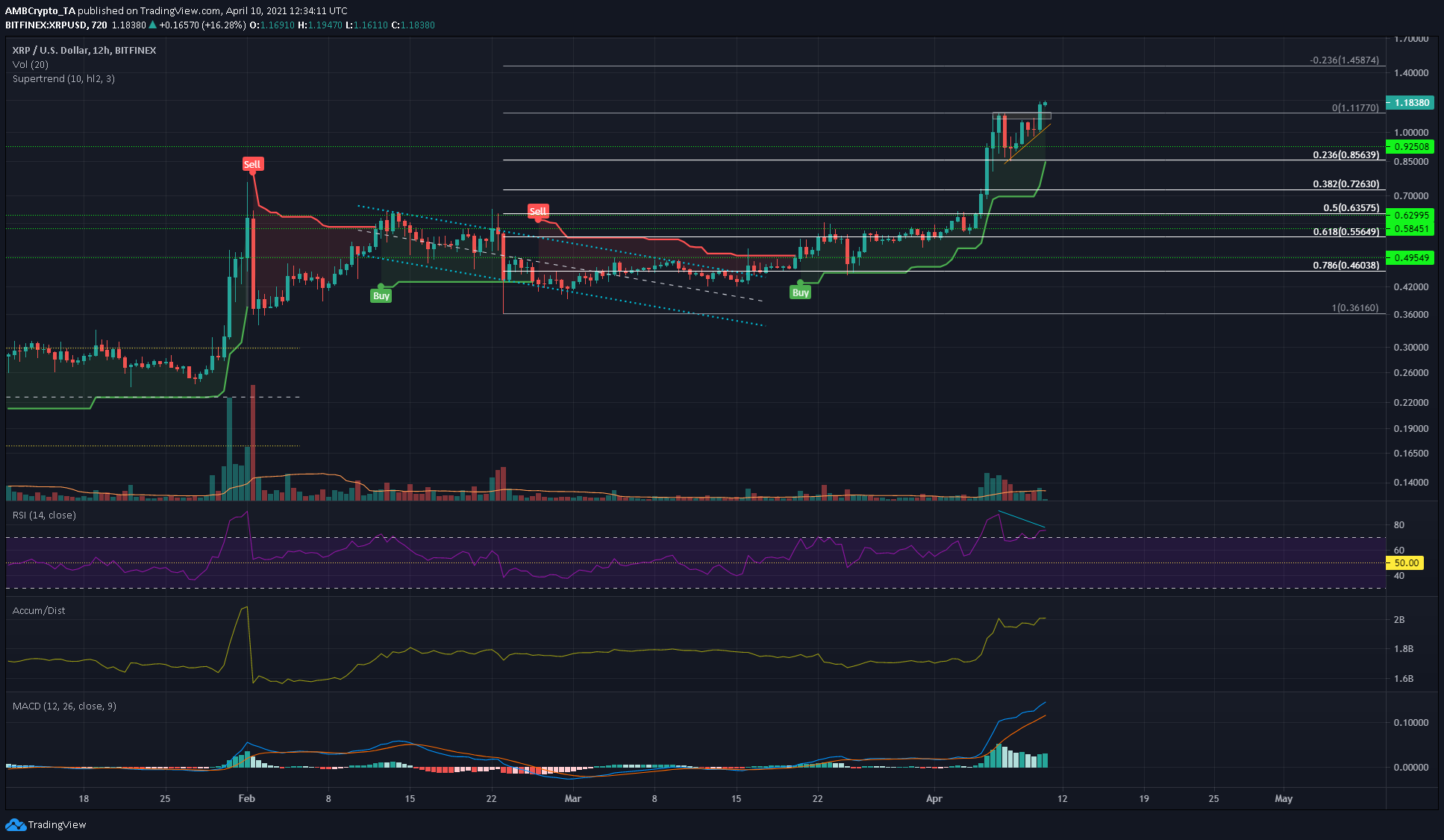 On shorter timeframes, a prominent ascending triangle (orange) was formed over the past few days and saw a breakout past the $1.1 area. This could see XRP reach $1.25 in the hours to come.

On the 12-hour timeframe also, XRP had a strongly bullish outlook. The technical indicators showed that demand was steadily rising over the past week, after nearly a month and a half of equilibrium from buyers and sellers. Momentum was also strongly in favor of the bulls, although there is a beginning of a bearish divergence starting to emerge. This was, as of now, inconsequential- divergences on these timeframes take a while to play out.

Using the Fibonacci retracement tool to plot both retracement and extension levels for XRP, based on its move from the swing low at $0.36 to the swing high at $1.1, the $1.45 and $1.71 were projected as the 23.6% and 38.2% extension levels, and bullish technical targets in the weeks to come.

The A/D line was flat from mid-February to late March and has picked up noticeably in the past two weeks. This demand confirms the price rally past the $0.63 former resistance level. The MACD showed strong bullish momentum.

The RSI showed the possible beginnings of a bearish divergence – but this, as acknowledged, is nowhere close to playing out. The next few days can see the RSI, alongside the price, climb even higher and the value of 87 was its highest since January.

The Supertrend indicator continued to show a buy signal and would flip to sell on a session close beneath $0.85 (at the time of writing, likely to climb higher).

XRP was strongly bullish and, despite climbing past $1, is likely to have more room for gains in the weeks to come.

Has the rally ended for altcoins like LINK, ADA, and NPXS?