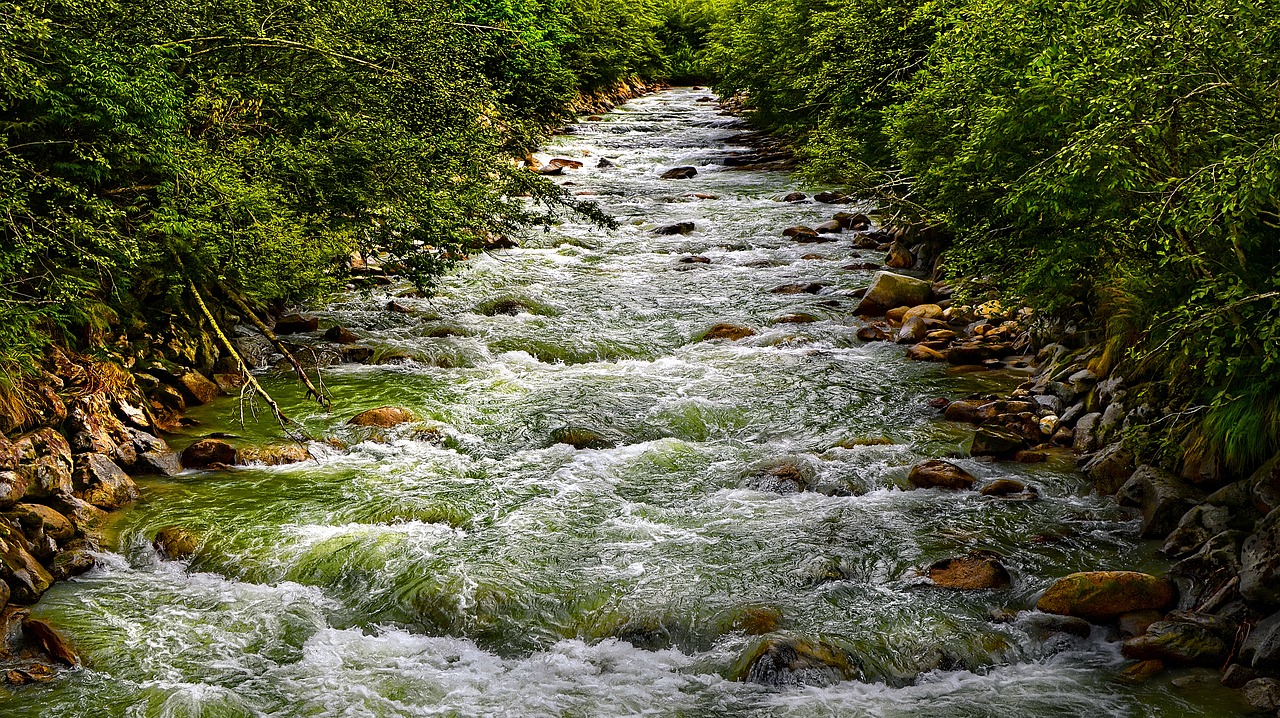 Bitcoin [BTC] traded at $19.1k at press time. The $19k and $18.6k are important lower timeframe support levels. A move below $18.6k could trigger a sell-off. The weekend has been rather quiet for Bitcoin and XRP thus far.

Both traded within a tight range over the past couple of days. However, 17 October could see this tightly wound spring unwind. The volatility of the coming days could see XRP hunt for liquidity to the downside before surging higher. 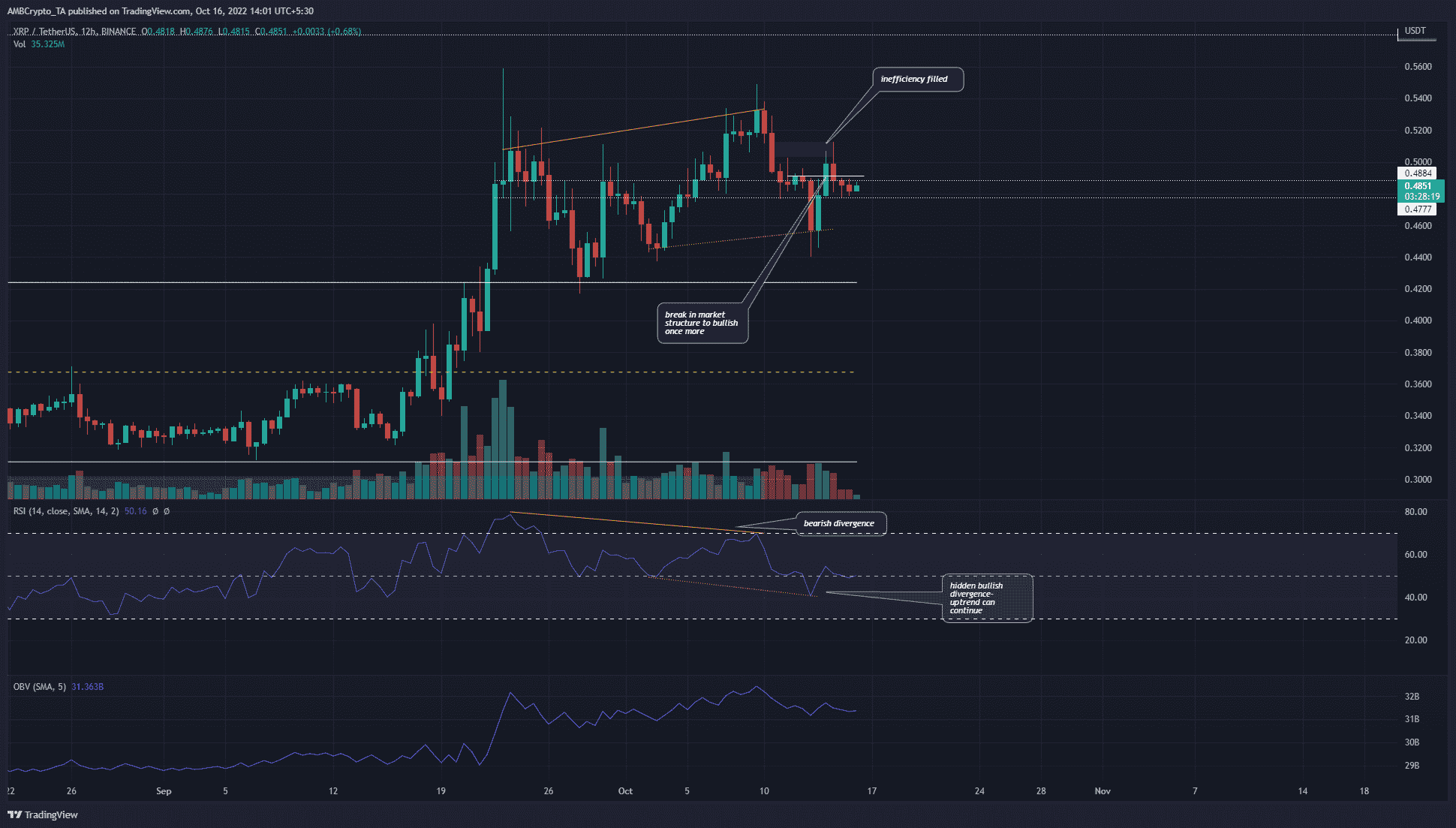 On the 12-hour chart, XRP formed a bearish divergence (orange) and saw a pullback to $0.45. However, this move downward did not go beneath the previous lows at $0.44. In the past few days, the pullback signaled it had ended when it broke above a recent lower high just above $0.488.

Moreover, the bearish divergence was followed by a hidden bullish divergence (orange dotted). This development indicated that the previous bullish trend could be set to continue.

The two lower timeframe levels to watch out for are $0.488 and $0.477. A move below $0.477 would inform traders to wait for a reaction near the $0.45 mark. Meanwhile, risk-loving traders can look to set bids on XRP already. The Relative Strength Index (RSI) climbed back above neutral 50, to show the bulls were slowly imposing their intent on the price.

The On-Balance Volume (OBV) made higher lows in recent weeks, but the buying pressure was not explosive according to the OBV. On the one-hour chart, the $0.486-$0.478 area formed a bullish order block where long positions can be considered.

Mean Coin Age on the rise in the past month

Santiment data showed the mean coin age to be rising since mid-September. This suggested that an accumulation phase could be underway. At the same time, strong selling pressure came around the time the dormant circulation picked up. However, the metric on the chart did not always precede the price action.

The indication of a network-wide accumulation phase was a bullish idea for XRP. The higher timeframe price action also stood in favor of the bulls. Yet, caution was prudent. Bitcoin sat atop the $19k support. Its surge above $19.6k a few days ago could have been an engineered move to grab liquidity and catch the bulls offside before another leg downward. However, 17 October’s high and low can lend clarity for the week ahead.

Can ETHW “DeFi” all odds against it? Taking a look at the TVL may suggest that…

Algorand: Assessing if it’s time to double-down on ALGO holdings