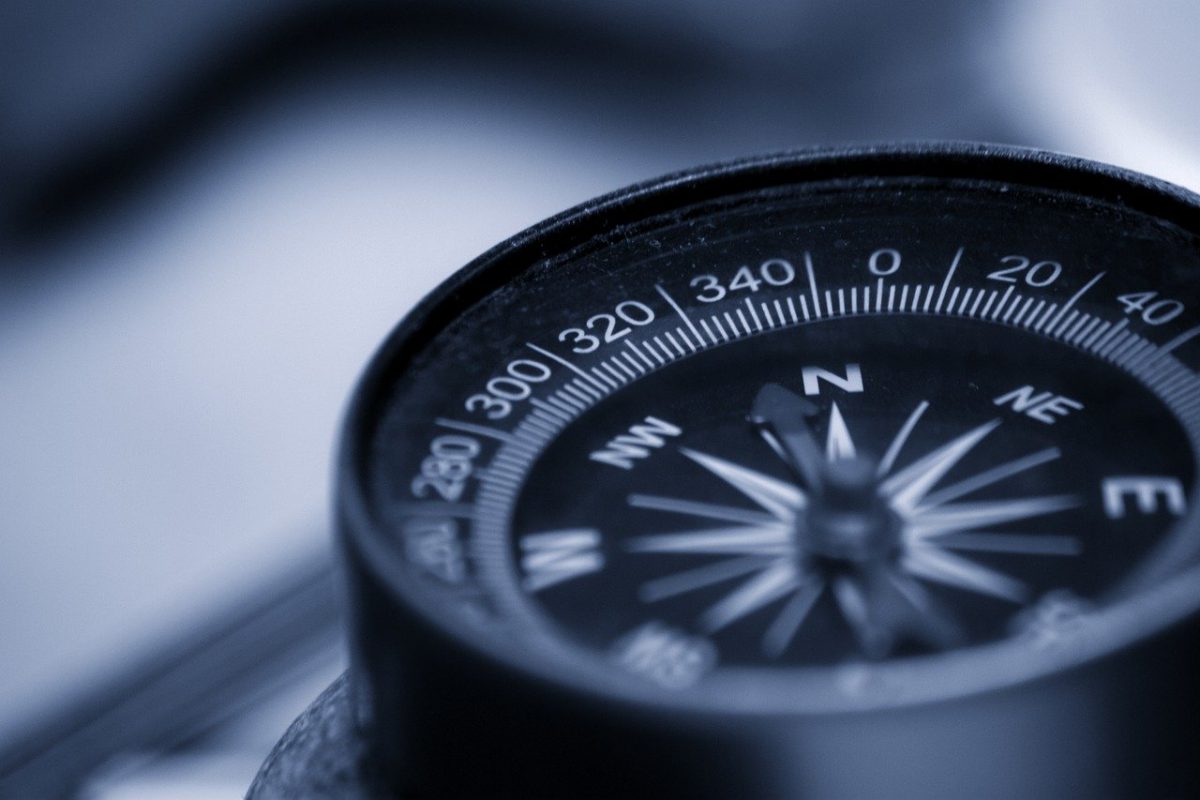 XRP was unable to breach the $0.3 level of resistance as it traded in the $0.28 region, even as announcements of it being delisted from popular exchanges rolled in. Tron flipped a level of resistance to support but did not possess strong upside momentum, and Dogecoin was quiet on the charts as well. 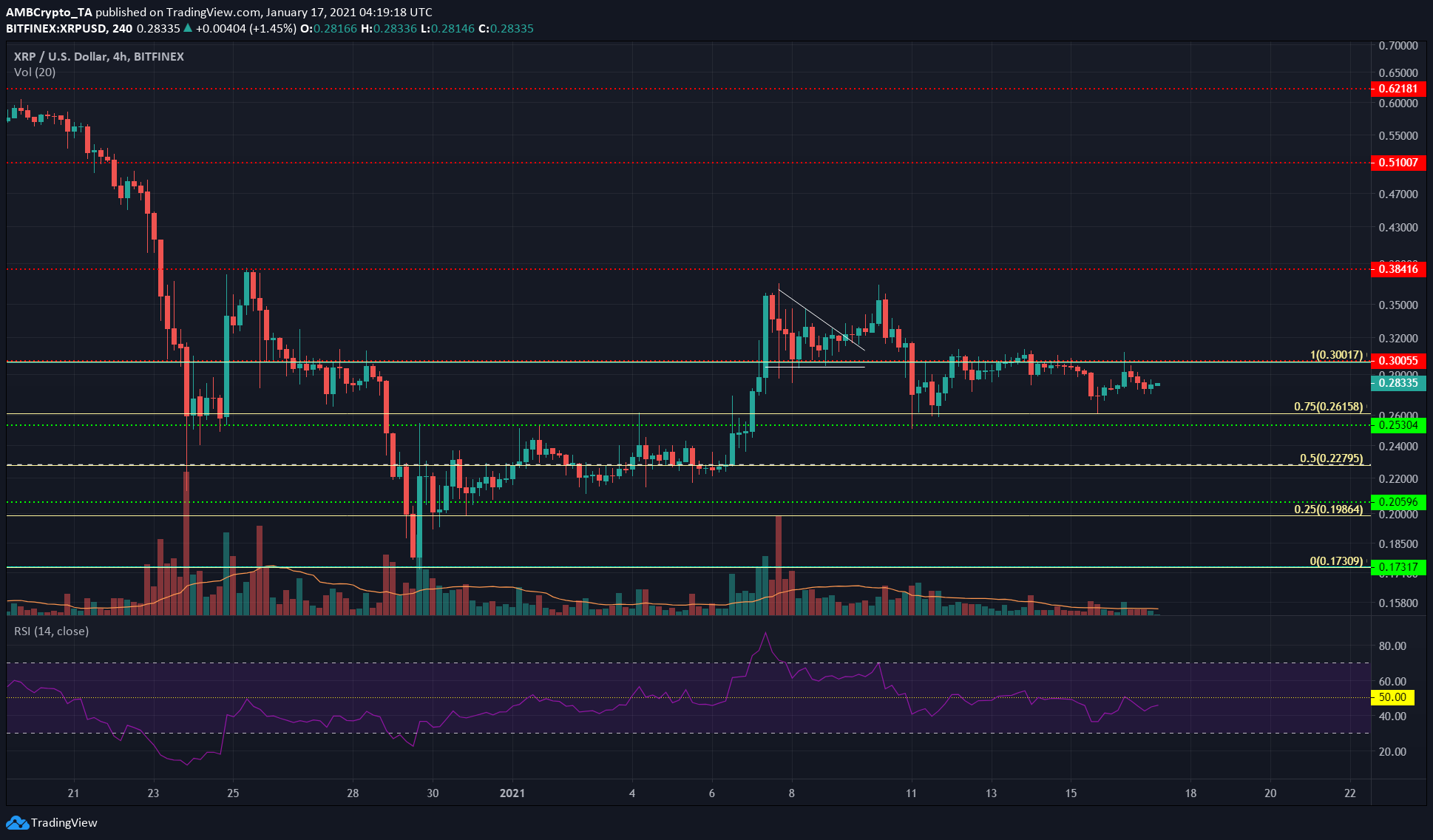 Using Gann’s rule of eighths for the range between $0.3 and $0.17 for XRP, some intermediate levels of support are highlighted. The RSI stayed below the neutral 50 value on the 4-hour charts, indicating a downtrend. However, the momentum in the short-term for XRP has been neutral.

Trading volume has been minimal over the past week, even as the price rose to test the $0.3 level of resistance multiple times.

In other news, Kraken became the latest exchange to drop support for the XRP/USD pair and announced that US residents will not be able to trade XRP from January 29th. 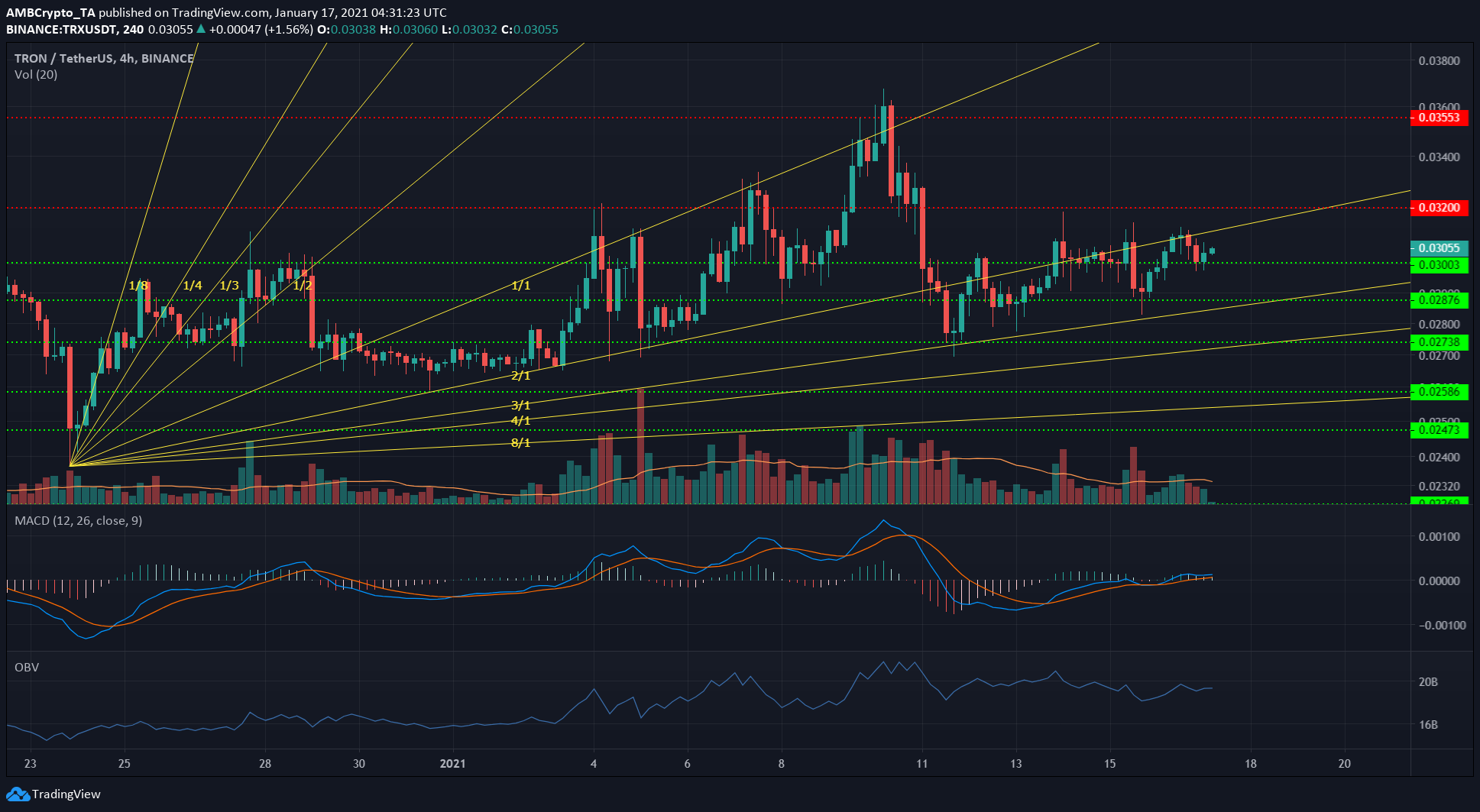 TRX respected the 2/1 Gann fan line as resistance but was able to flip the $0.03 level to support. The MACD showed that momentum was shifting to favor the bulls as it formed a bullish crossover and rose above the zero line.

The OBV did not show spectacular buying volumes but, throughout January, the buying volume has been on the rise. The past few days saw an equilibrium established between buying and selling, a factor that has to change if TRX is to rise toward the $0.032 level.

The 2/1 fan line can be expected to serve as resistance again – an above-average trading volume move to the upside is required to flip it to support. There is no evidence of such a move yet. 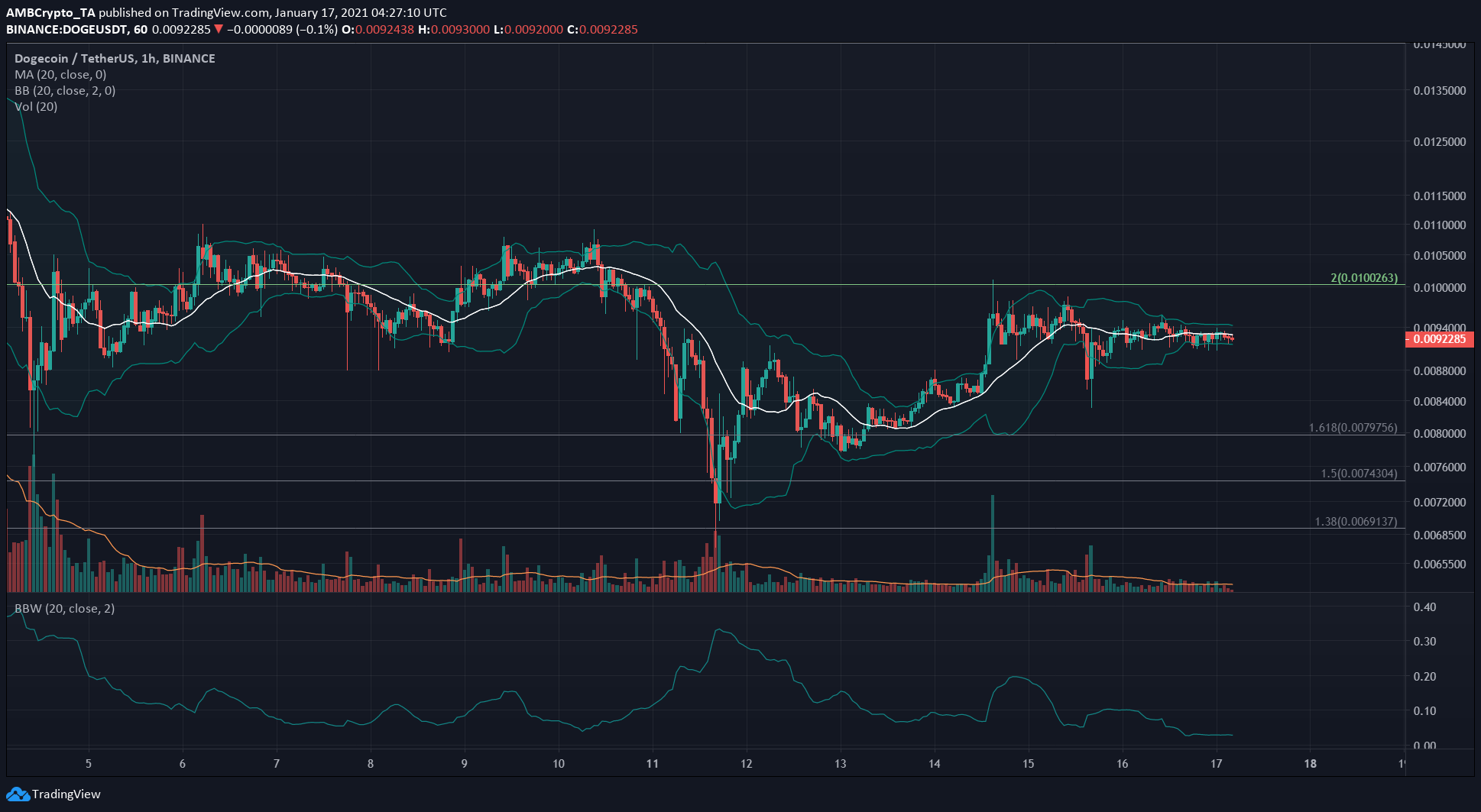 On the 1-hour chart, DOGE showed very little momentum in either direction as DOGE continued to trade sideways in the $0.009 region. Trading volume has been low.

Bitcoin’s shortage on exchanges is a good thing