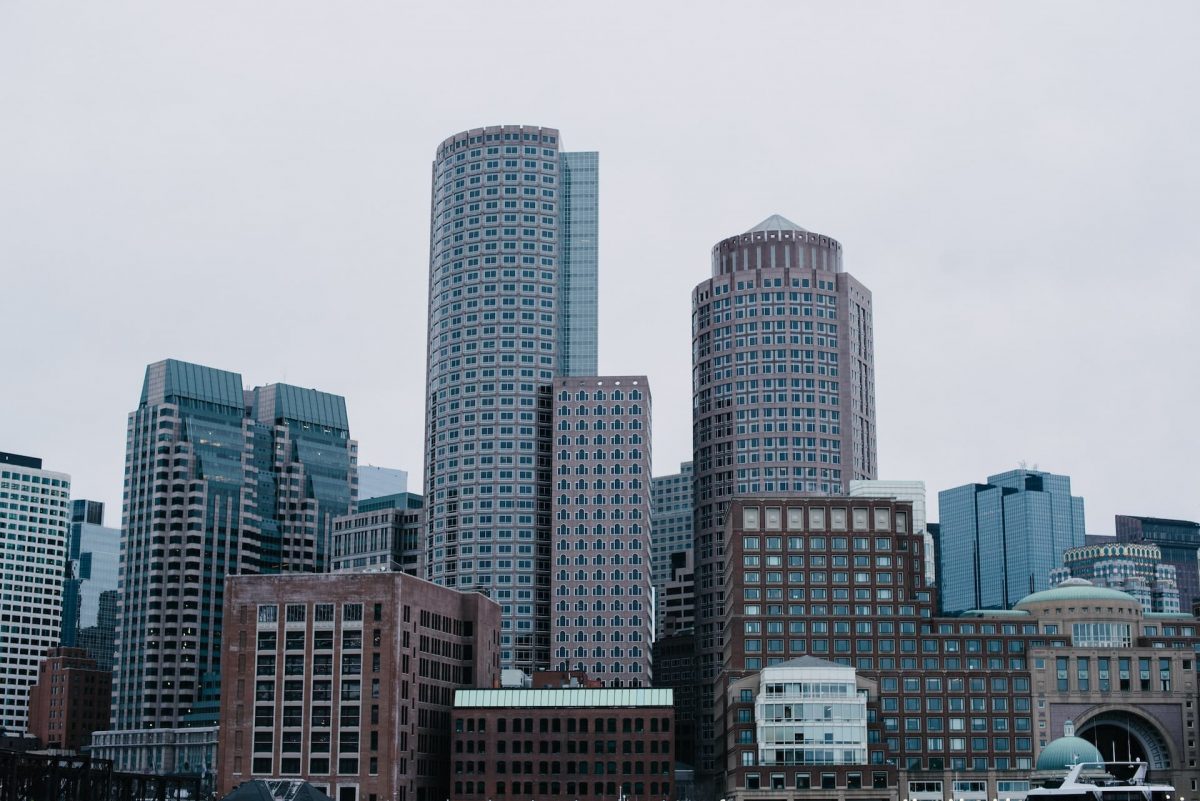 XRP, which was subject to a lot of heat due to its ongoing lawsuits, witnessed positive development in the past few days. According to Santiment, the crypto community continued to have a positive stance on XRP.

According to the crypto analytics firm Santiment the traders’ sentiment of late has turned positive. Consequently, a rebound is expected in Q4 for XRP. The same development was observed for other cryptocurrencies such as BTC, ADA, and BNB. 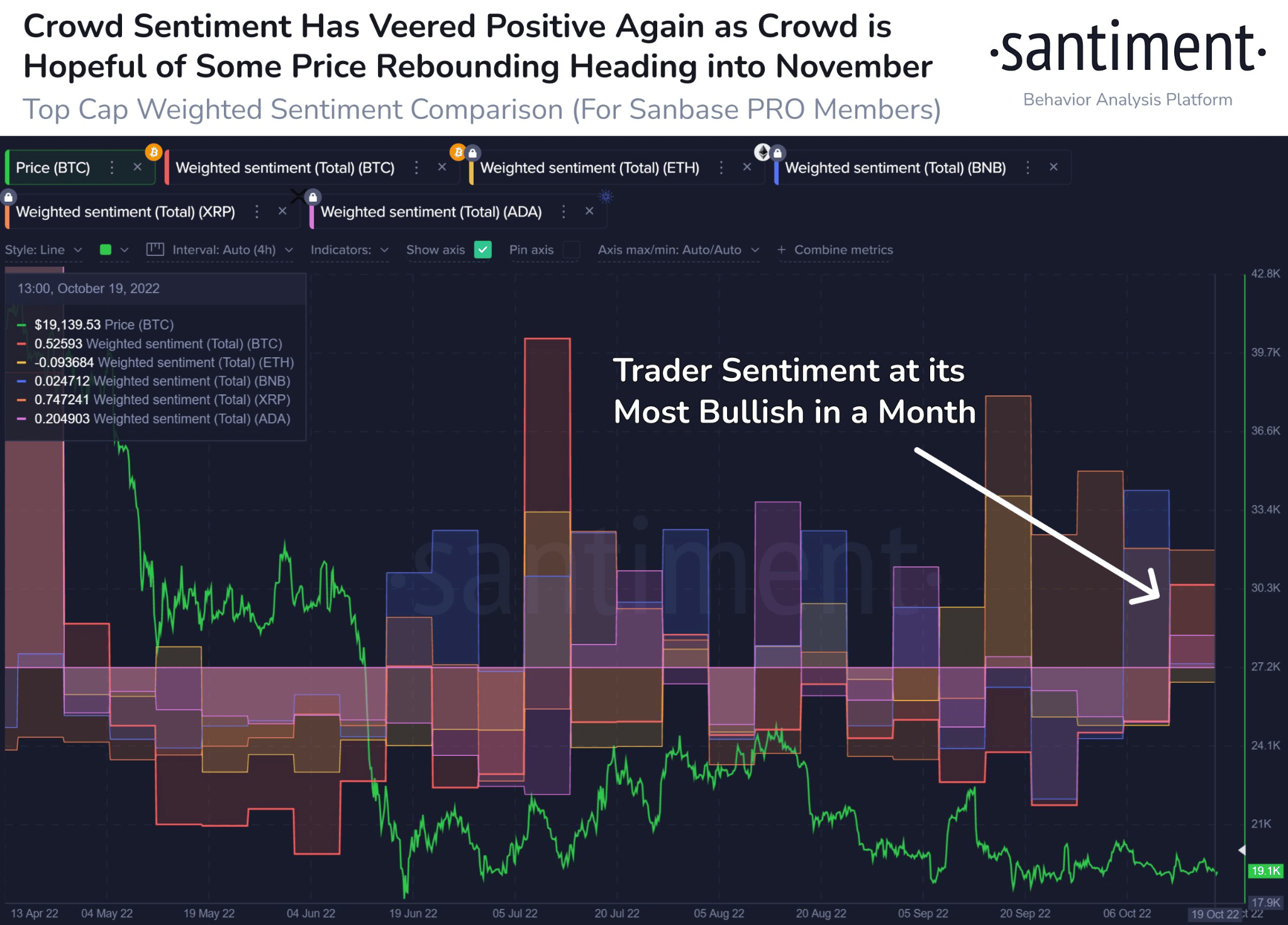 Furthermore, in a recent tweet, Ripple expanded on how using its whitepaper, financial intermediaries can integrate crypto assets.

This could indicate that Ripple was actively trying to seek out collaborations with other financial institutions.

Despite Ripple’s enthusiastic attempts to facilitate partnerships and collaborations, XRP still had a long way to go.

At the time of writing, Ripple’s daily active addresses witnessed a decline over the past month, implying that users on the Ripple network were passive in terms of activity. Another metric to indicate the declining activity was Ripple’s velocity.

As can be seen from the image below, Ripple’s velocity declined sharply over the past few days. Thus, inferring that the frequency with which XRP was being traded had reduced considerably.

However, there was a slight uptick observed in XRP’s network growth over the last few days. This reveals investors’ renewed interest. 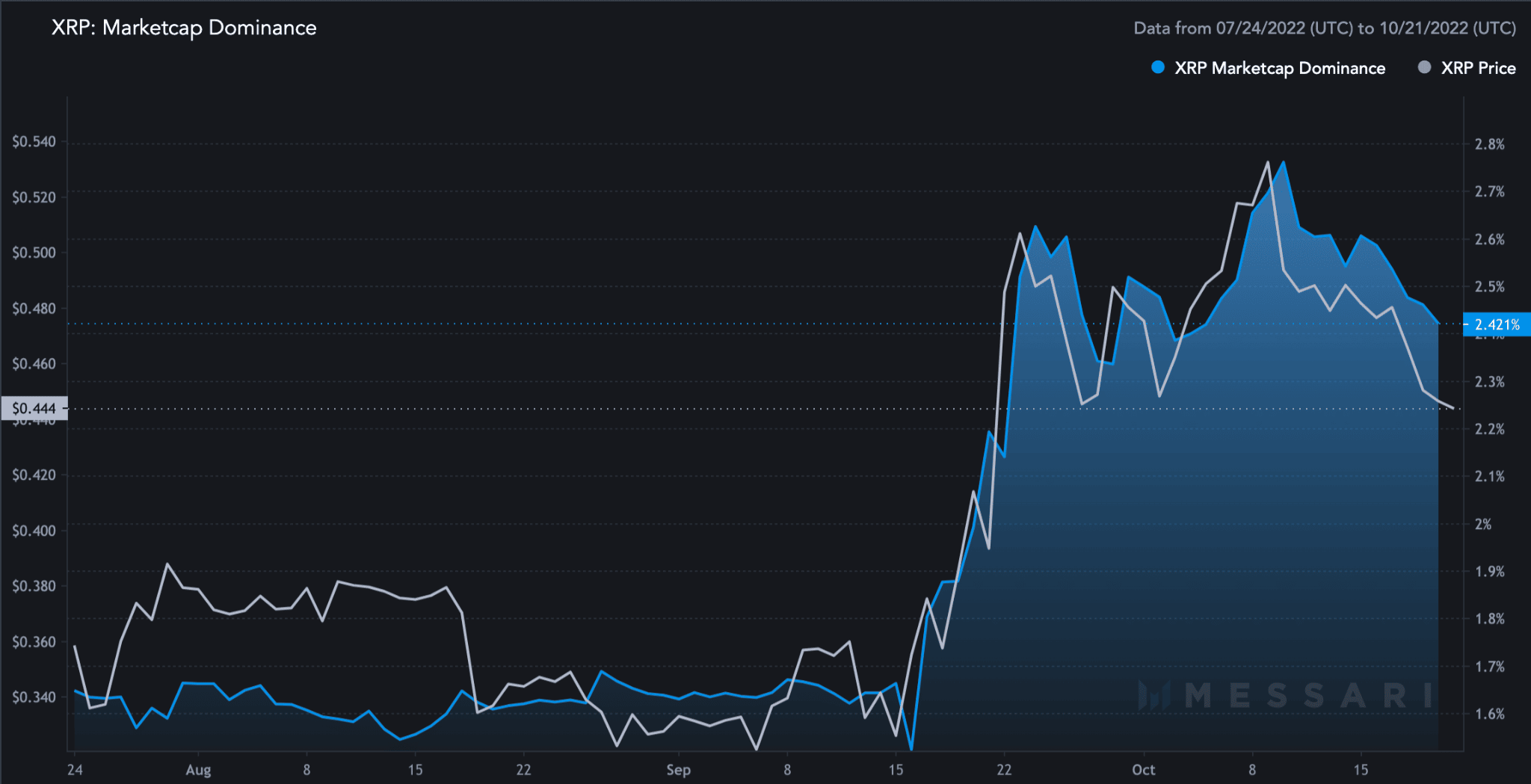 With a heavy mix of both bullish and bearish indicators, it would be difficult to predict where XRP is headed next.

Deciphering if Cardano buyers should consider buying this ‘dip’