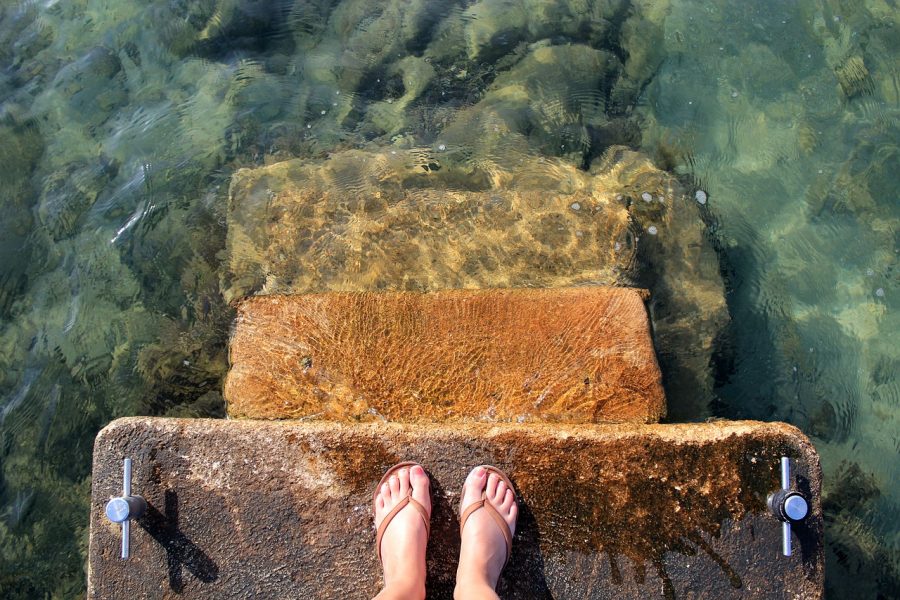 XRP’s price continued to side with the bears in the market as the token failed to recover from its monthly losses. The token was priced at $0.272 with a registered trade volume of over $1.13 billion. The 24-hour growth was positive with a hike of 1.07 percent at press time but the token had slumped by 4.53 percent in the last seven days.

The market capitalization remained at $11.68 billion and the token traded the most on the RightBTC exchange. 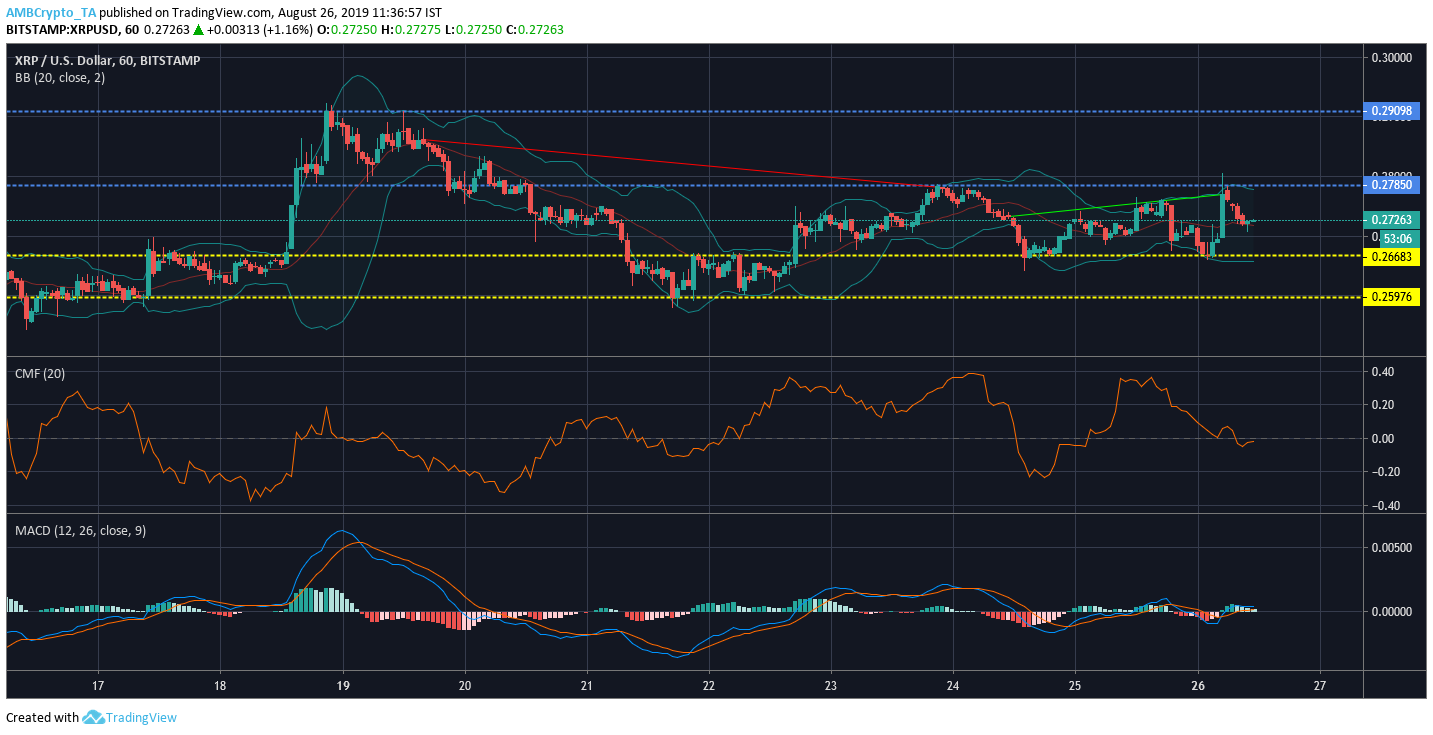 The Bollinger Bands appeared to converge on the charts which indicated reduced volatility.

The Chaikin Money Flow or CMF line indicated deficiency for capital flowing in the market.

The MACD line was above the signal line suggesting a bullish trend. 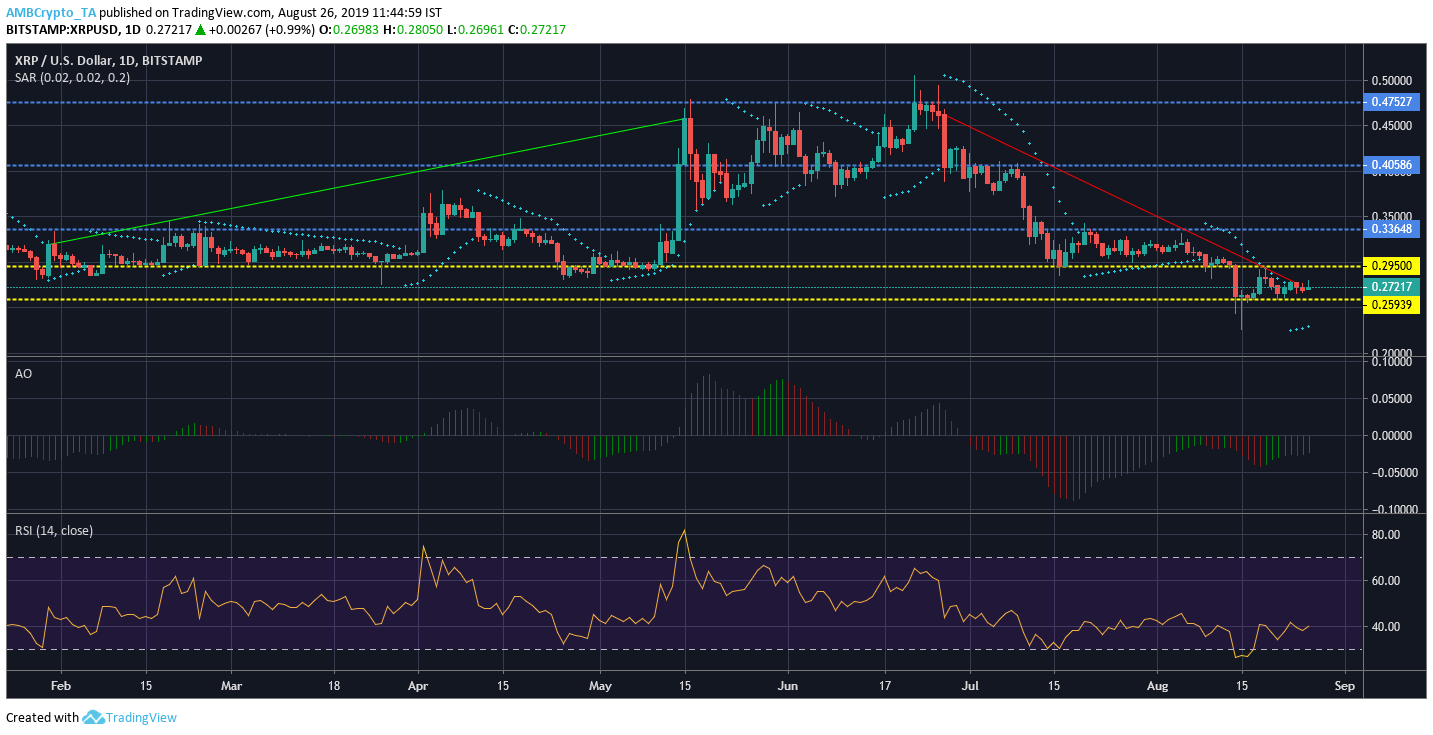 The long-term chart of XRP had turned bearish after the token breached its long term support of $0.295. There was major uptrend experienced which hiked the price from $0.318 to $0.453 but a downtrend depleted the valuation from $0.459 to $0.276.

The Parabolic SAR suggested a bullish trend as the dotted markers appeared below the candles.

The Awesome Oscillator or AO indicated a weak bullish momentum but green bars were evident in the chart.

The Relative Strength Index or RSI was neutral but remained close to the over-sold section.

After the long bearish pull, the recovery of price was yet to surface in the XRP charts but emerging bullish trends indicated that valuation might hike in the near future.