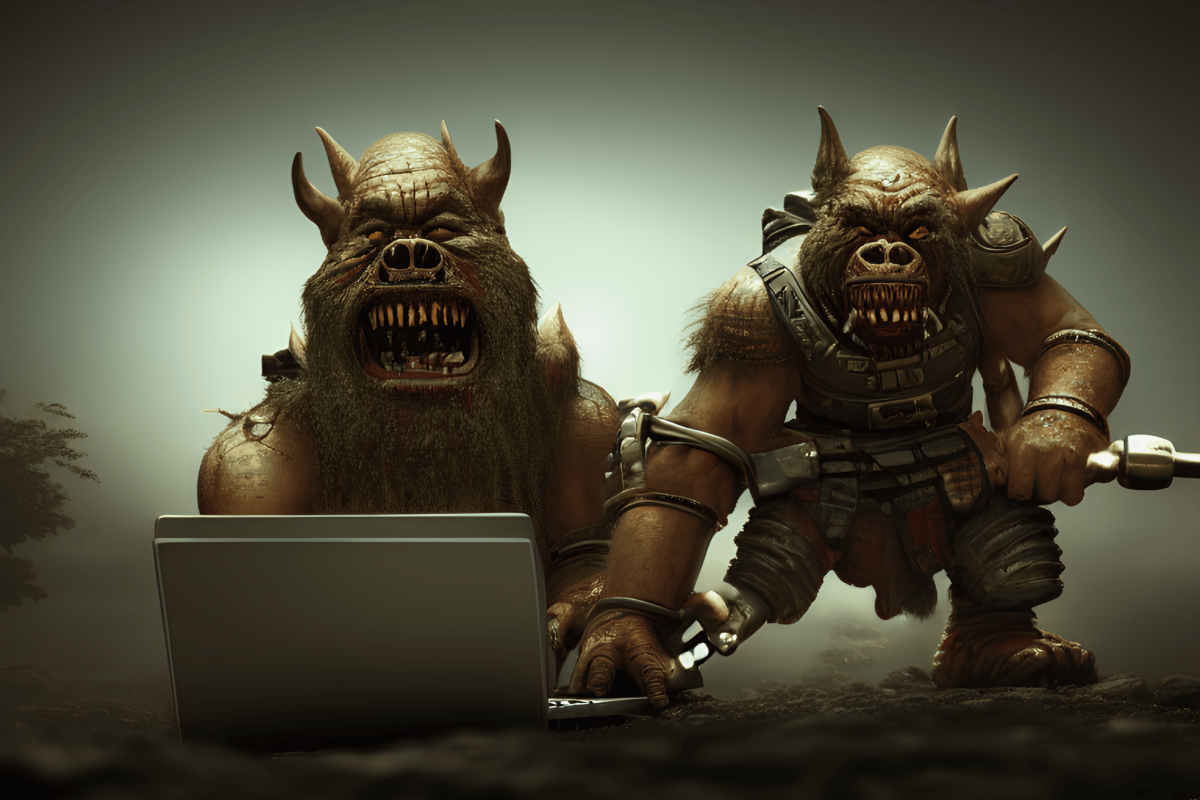 After Bitcoin [BTC] flipped resistance at $16.5K into support, AAVE also converted $58.1 into support in the intraday session.

At press time, AAVE was trading at $59.5, up by about 3% in the last 24 hours. The king coin also recorded gains, setting AAVE up for a possible breakout from its 2-week bearish pennant pattern.

Given the unfolding story on the impact of Genesis’s FTX exposure, any bearish BTC sentiment will send AAVE further below the $57-support level.

AAVE chalks a bearish pennant – A bloodbath in waiting? 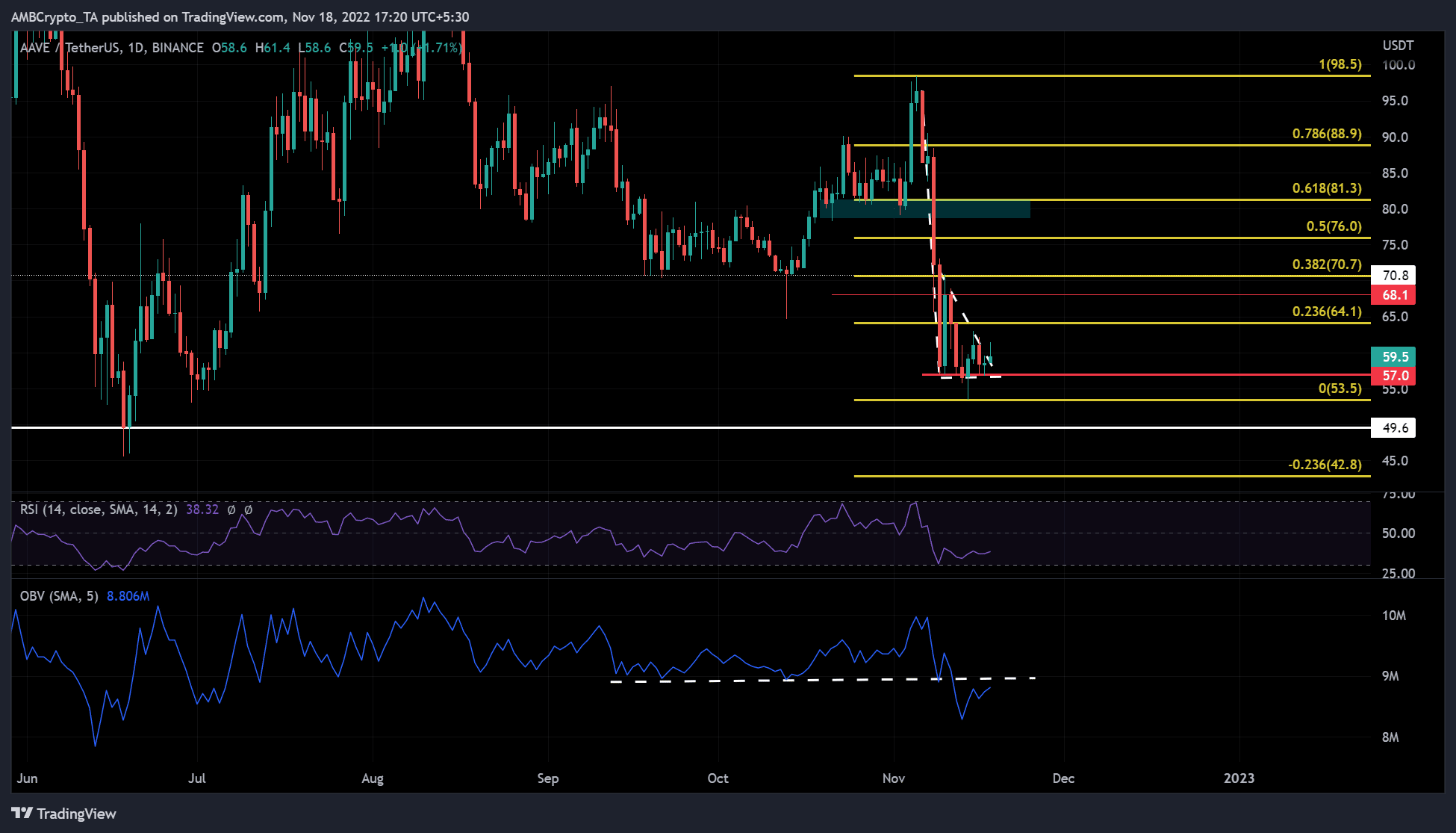 The RSI has been moving sideways after retreating from the oversold territory. This suggests that the sellers are still in control, despite easing selling pressure. In addition, the On Balance Volume (OBV) hasn’t crossed the October threshold, indicating that AAVE is yet to record solid bullish recovery.

As a result, the bearish flag pattern could facilitate a trend continuation. The sellers may push AAVE lower. If sentiment on BTC also turns bearish, AAVE could fall further. Sellers can expect new support levels at $49.6 and $48.2.

However, a session close above $64.1 will invalidate the bearish inclination.

A confirmed breakout on the upside would allow entry into a long position with $70.7 as the primary target. The bearish order block at $86.1 and the 0.236 Fib level ($64.1) may also be secondary targets.

However, positive sentiment is still insufficient to protect AAVE holders from losses. The 30-day market value to realized value ratio (MVRV) remained in negative territory. This shows that short-term AAVE holders are still suffering losses since the market collapse on 8 November.

AAVE investors should therefore monitor the king coin’s sentiment before making any move on the possible patterned breakout.

A key reason why Litecoin [LTC] holders should be wary is…