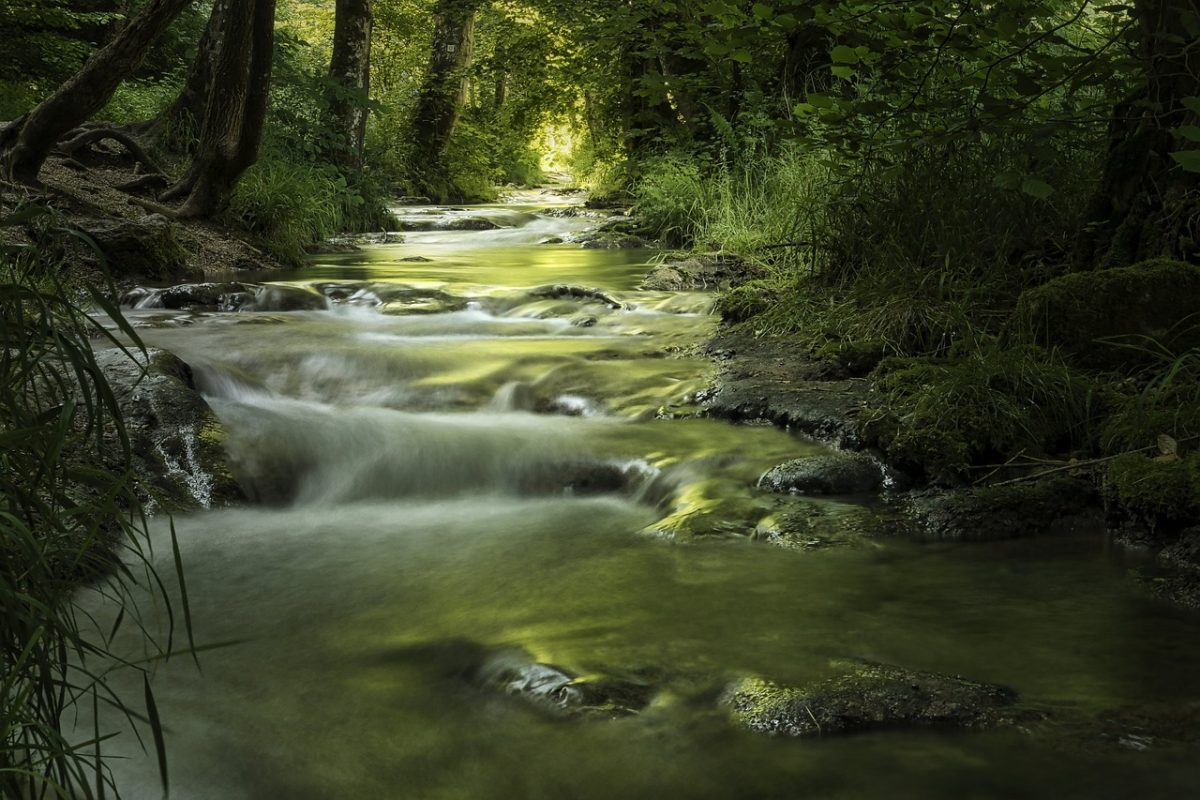 The past ten days of trading did not see much price action develop, as most assets in the crypto markets traded within a tight range. Preceding this calm, a bearish storm had been raging for many altcoins.

Algorand was one of them. After losing the $0.28 level of support, the sellers were emboldened to push prices further south. Fibonacci extension levels and horizontal support levels indicated where traders could look for a bounce in prices.

Algorand sellers remain in power, buyers nowhere to be found 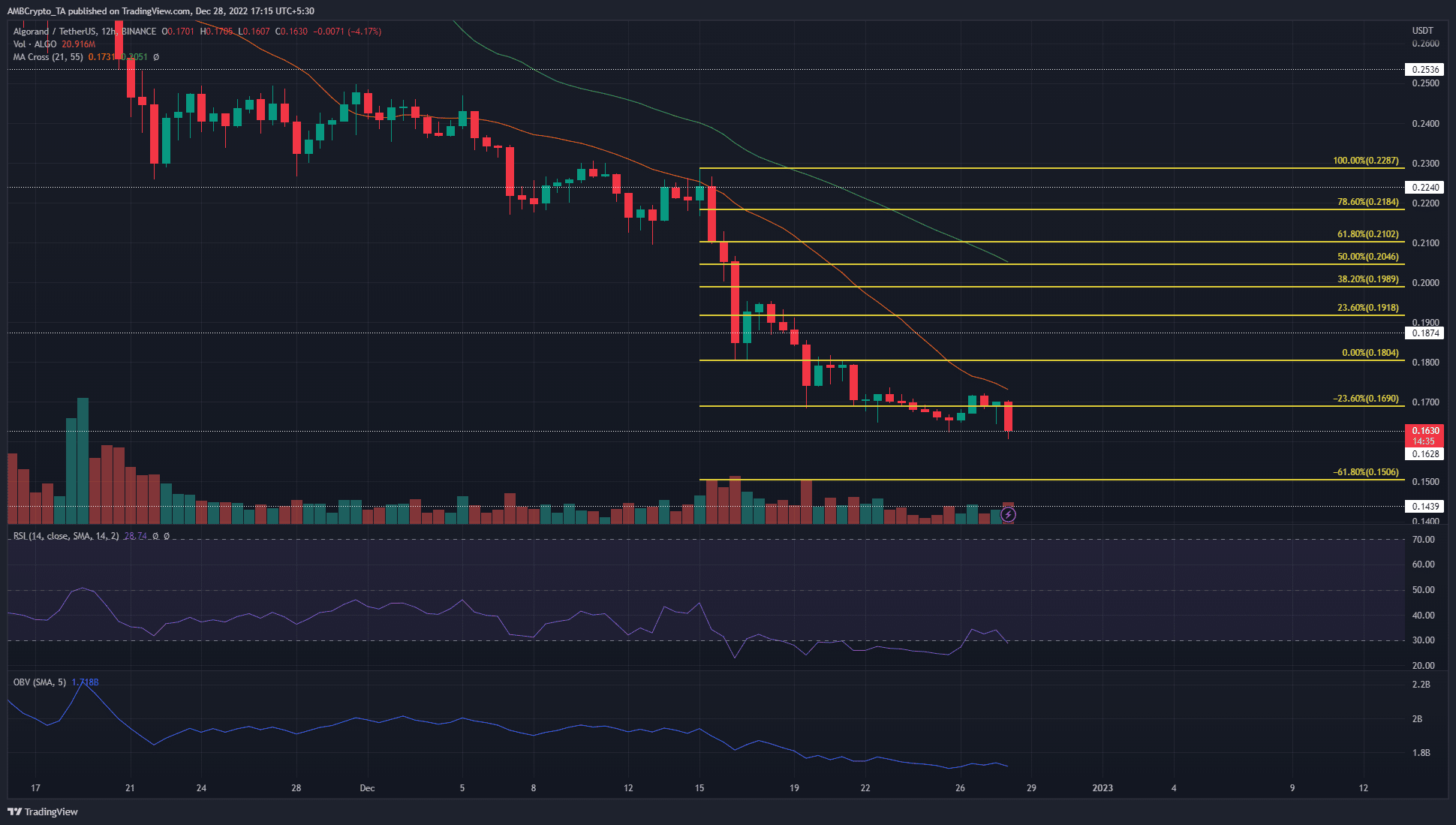 Algorand holders have experienced a drawdown of 34% in December alone. ALGO had traded within a range from May to November, but the intense selling in early November forced a crash in prices. The lows of that range lie at $0.28, which was a long way north of $0.163 where Algorand has found support at press time.

This support level served as resistance back in March 2020 as well, and further south another level of support was found at $0.144. The Fibonacci extension levels showed $0.169 was likely to be resistance, and that bears can expect a push toward $0.15 or lower.

The Relative Strength Index (RSI) has been below 40 to signify heavy bearish momentum for the past two weeks. The On-Balance Volume (OBV) has also been in a steady decline. The bulls have no respite, and the sentiment was firmly in favor of the sellers.

Long-term investors must exercise caution. Dollar-cost averaging might not work, for there was no certainty that Algorand was near its long-term bottom. It could be better to wait for the higher timeframe trend to flip bullish before looking to buy.

It was bearish euphoria all around for Algorand. After the strong rise in Open Interest in early November, following ALGO’s rally from $0.348 to $0.42, the OI has plunged. The price has also plummeted 61% since the top at $0.426.

The persistent decline in OI since 21 November, alongside the slumping prices, meant long positions were liquidated. No new money of a significant amount entered the market. Each phase where the OI appeared to stabilize was followed by a plunge.

The inference was that the downtrend had not yet halted. Price action from the lower timeframes showed that ALGO had formed a range between $0.173 and $0.165 over the past week. Even the lows of this range stand broken at press time. The long/short ratio stood skewed in favor of the sellers.

Litecoin [LTC]: Do not get carried away by these bullish signs