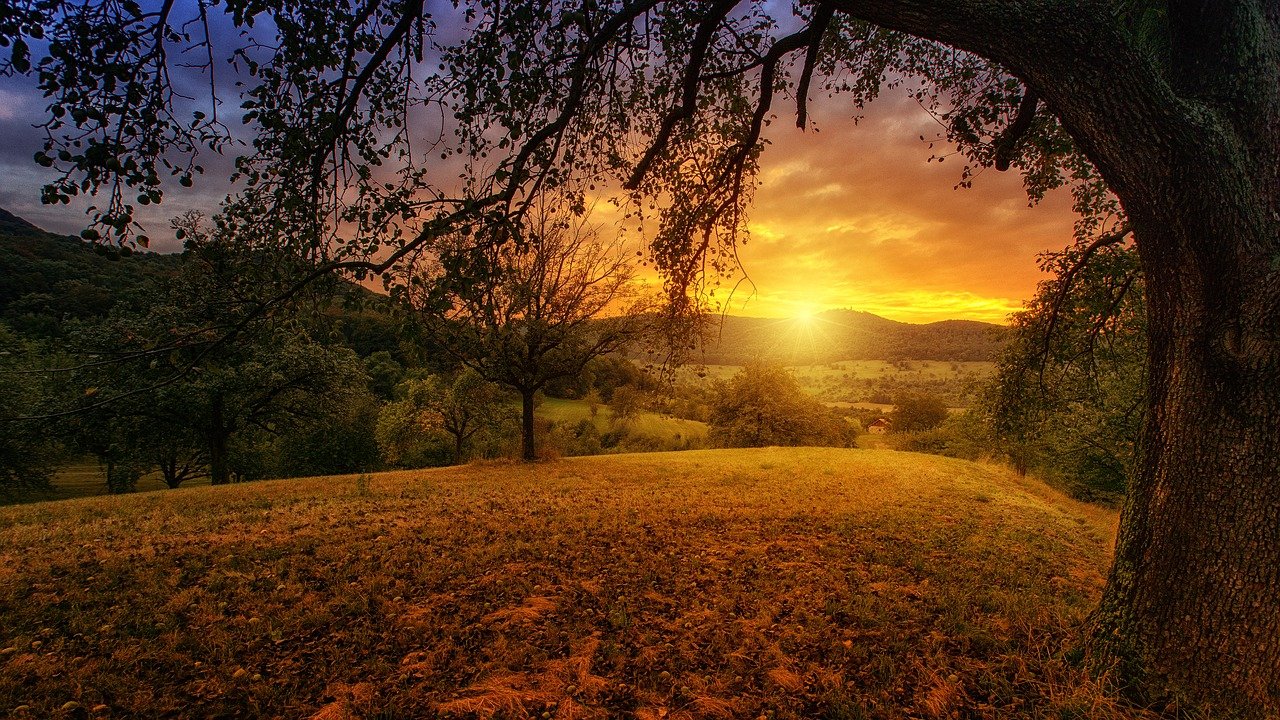 One of the most significant issues in the crypto world is the impact it has on the environment. The likes of Bitcoin and Ethereum, which run energy-intensive proof-of-work consensus system, tend to increase the criticism.

However, to counter the same, there are chains such as Algorand as well that are coming up with ingenious methods to save the environment.

…towards its commitment to the environment includes the creation of a new self-sustaining smart contract that automatically allocates a portion of every transaction fee to offset its carbon emissions.

Being the first of its kind, it isn’t surprising since Algorand is also the first chain in the world to be carbon negative, thanks to the chain being truly proof of stake.

Last year in December, as reported by AMBCrypto, Solana had also achieved the status of being carbon neutral for 2021.

Although Solana is proof-of-work as well, its energy consumption per transaction of 1.9 kJ is far lesser than the likes of Ethereum and Bitcoin, which use 777 million and 7.41 billion Joules per transaction, respectively.

But despite being a pioneer of sorts in this field, Algorand’s investors aren’t reacting to the development the way they should be.

Most of the investors are keeping to themselves and away from participating. On-chain daily active users have been within the 40k mark, with only a single spike noticed towards mid-February.

This is certainly because ALGO has not been the most lucrative asset in the recent few months. after marking its all-time high of $2.37 in September, the altcoin has only been falling and has plummeted by 69.69% in 7 months.

At the moment, it is trading close to its 14-month-long support falling below which could be catastrophic for investors.

Over 93.73% of ALGO’s 11.99 million holders haven’t seen the sight of profits since March, which might also be the reason why over 10.4 million ALGO holding investors exited the market and are yet to come back. 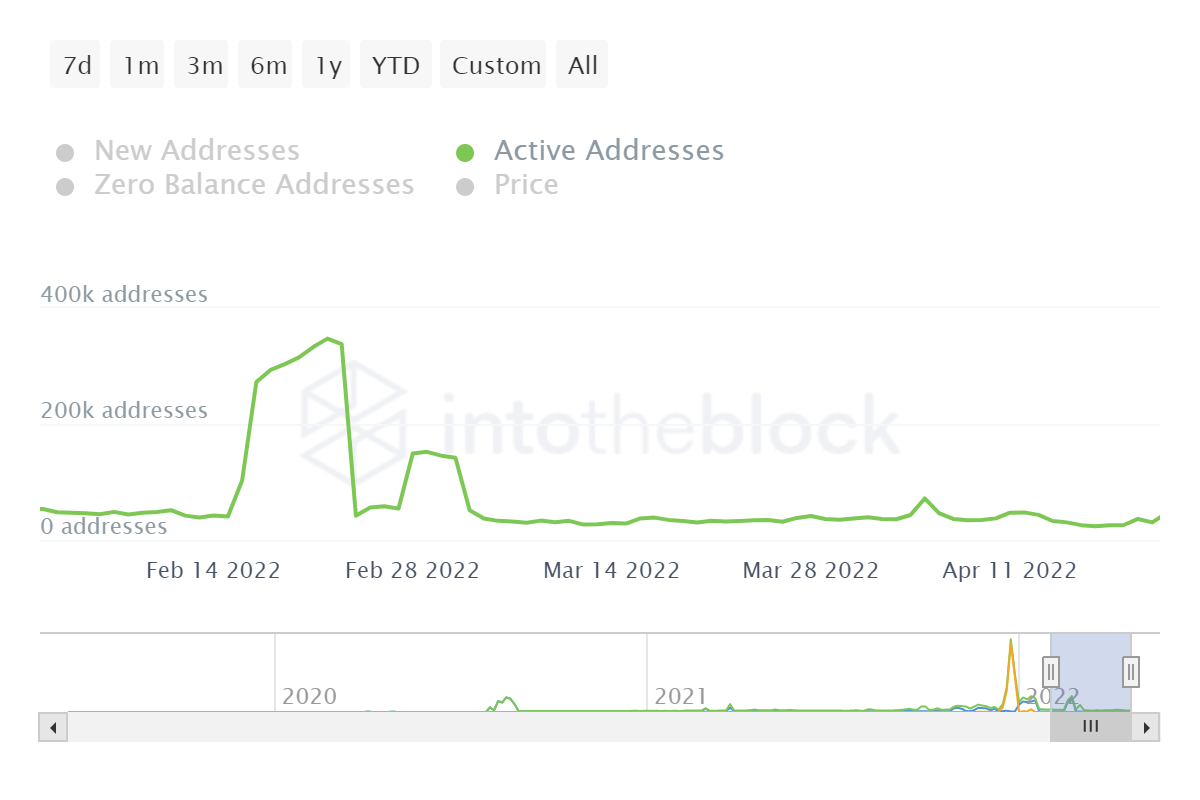 Although, in all fairness, looking at how the price is moving, it only seems fair for them to not put their money in this asset. The 10.95 million investors in peril would gladly back this up. 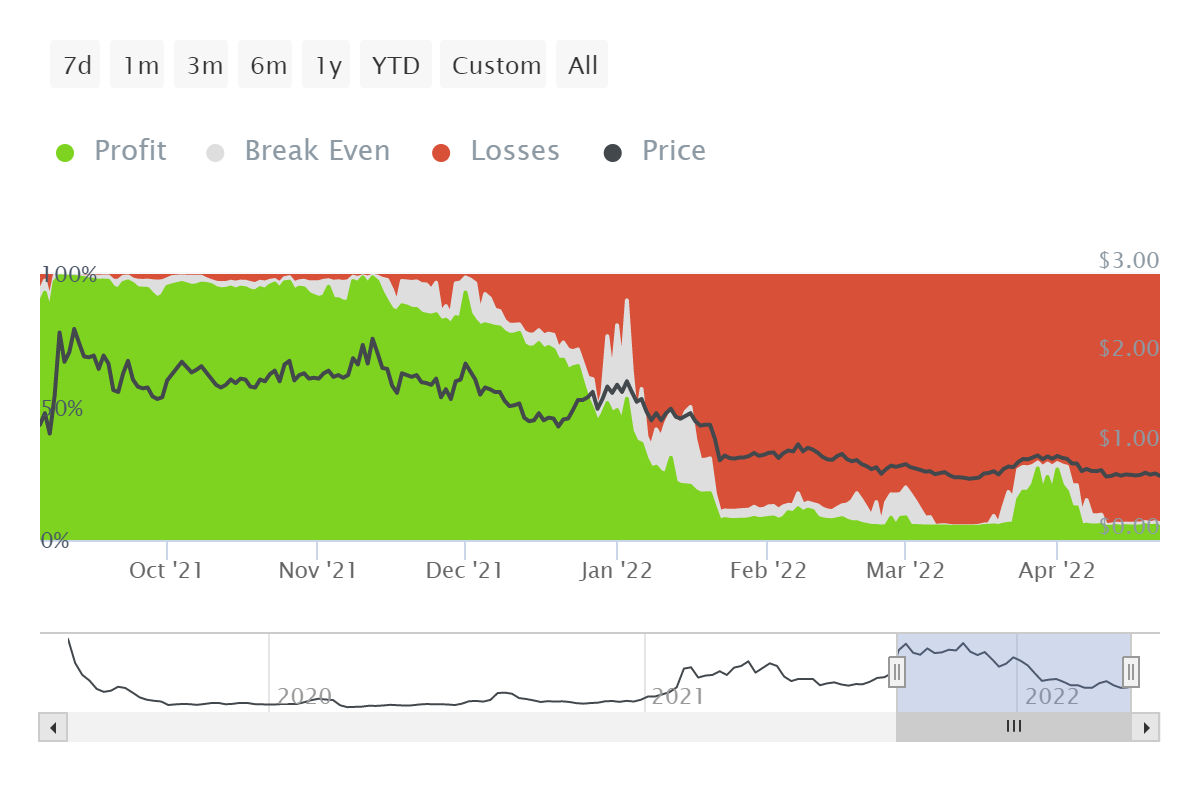 As Shiba Inu metaverse sale enters its final stage, here’s how its tokens have fared

As ApeCoin breaks out of a range, can it push toward $20