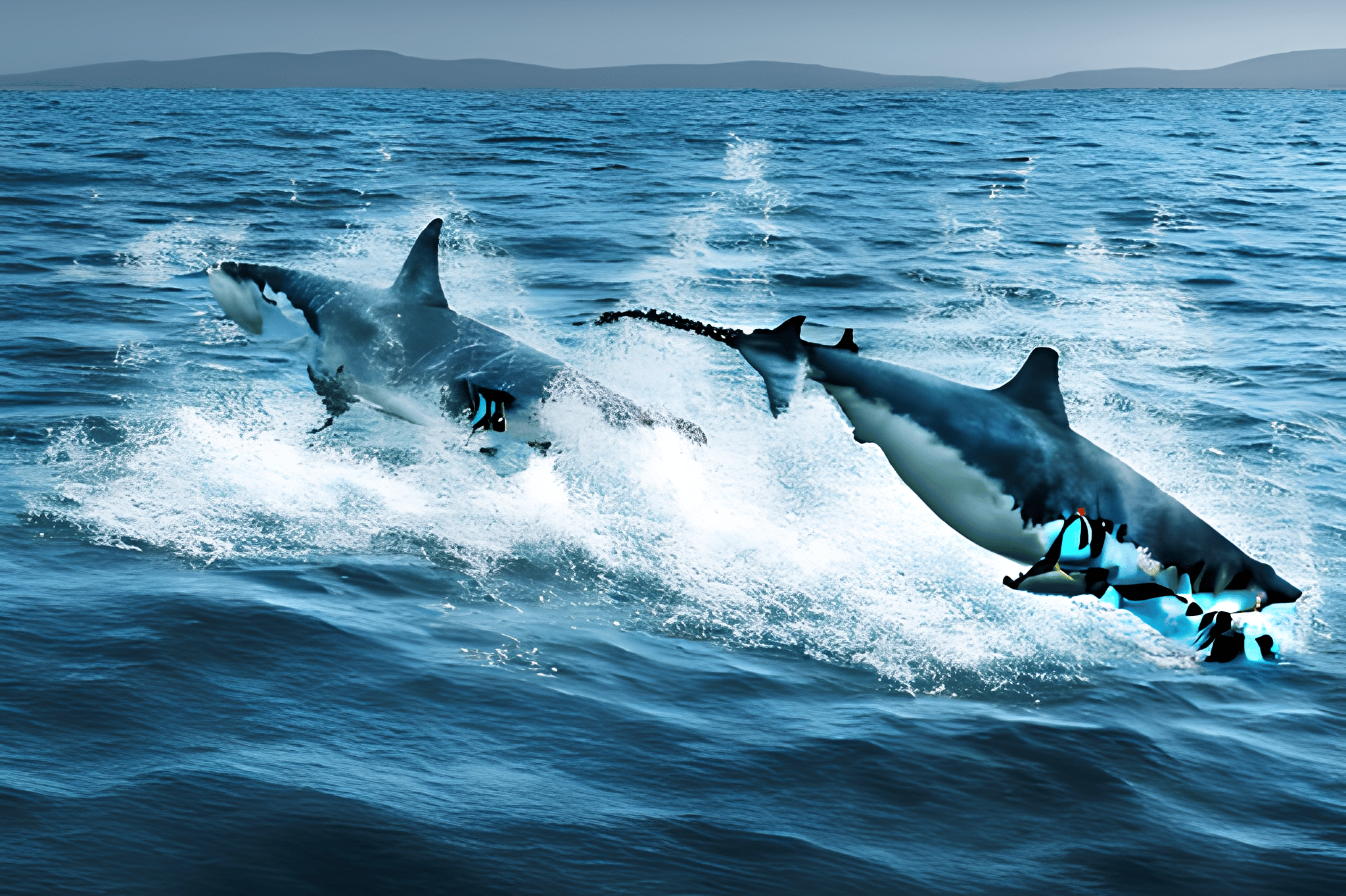 The legal battle between Ripple [XRP] and the Security and Exchange Commission (SEC) appears to be going on forever. However, that didn’t appear to stop whales and sharks from acquiring XRP.

Recent statistics revealed that the accumulation of XRP had recently been on an upward trend. What would have sparked this interest, and what is the current proportion accumulated?

Sharks and Whales Ramp up Accumulation

An uptick in XRP accumulation was seen with whale and shark addresses in the 1 million to 10 million range, data from Santiment revealed.

What was notable about this accumulation was that the token had never been at its current level before. At press time, the total number of addresses surged to 1,614. This was a rise from the 1,500 region that was seen in November.

Additionally, the addresses of these sharks and whales had 7.2% of the supplies in their holdings. In line with the address tiers statistics, the percentage of the supply was likewise at an all-time high.

This effectively indicated that December was the month that saw the greatest accumulation of whales and sharks. What, however, might be responsible for this development?

The increase and decrease in sharks and whales accumulation could be seen on both charts. Furthermore, this link could be related to XRP’s ongoing price trajectory. One could notice that when prices decreased, these tiers of addresses were presented with an accumulation opportunity.

The current price of XRP in December stood as one such possibility due to the great potential for accumulation that a lower price offers.

A look at XRP on the charts

The Volume indicator revealed that the selling pressure had been predominant in December when looking at the movement of the XRP price in a daily timeframe.

Additionally, this caused the asset’s price to drop. The asset was down more than 2% throughout the observation and was trading at about $0.34 at the time of this writing. 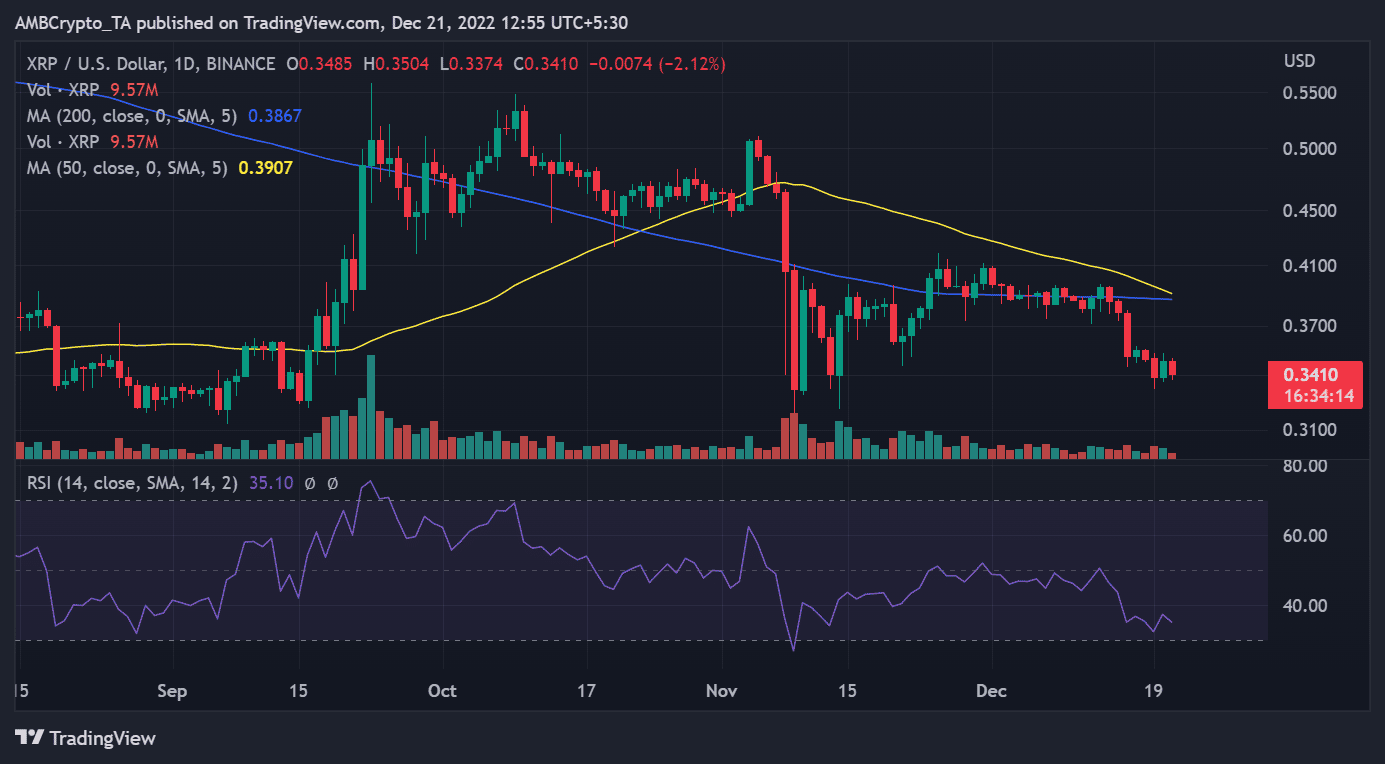 A resistance level for the asset was seen with the short Moving Average (yellow line) above the price and the long MA (blue line). A death cross—the yellow line dipping below the blue line—could also be seen from the daily timeframe as something that was about to happen.

The price may drop even further due to the cross, which signals the beginning of a bear trend.

Investors were holding XRP at a loss, according to data on how profitable it has been for them over the past 365 days. The Market Value to Realized Value (MVRV) Ratio indicated a loss of 26.11% up to this point. Thus, it provided evidence of the aforementioned fact.

Despite the apparent price decline and realized loss, these sharks and whales were still accumulating, seemingly betting on a future increase. Given the asset’s historical price move and the present bear trend, investors at the current price might gain almost 60% in a bull trend.

Related Topics:featured-mainRippleXRPXRP whales
Up Next

Will Flow keep investors engaged despite its somber performance of 2022