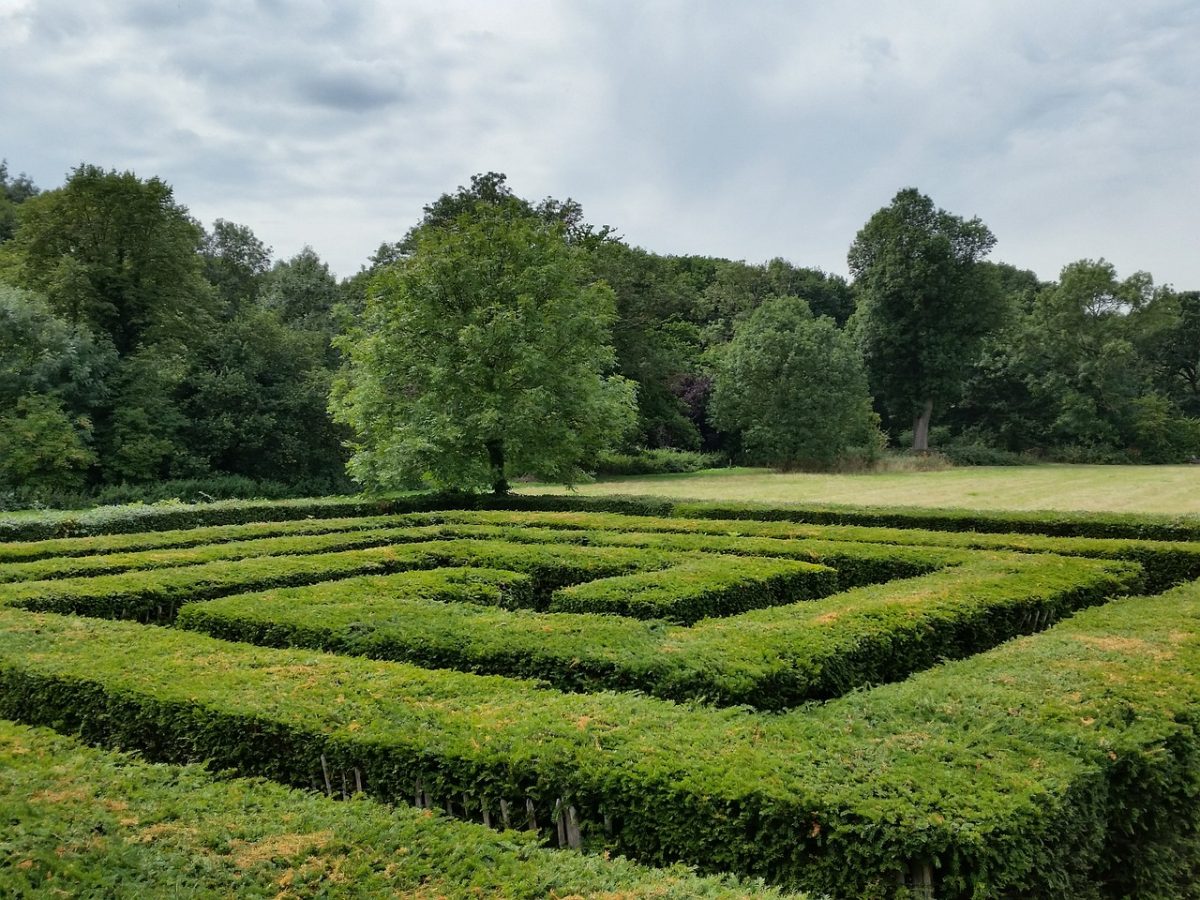 Coinglass data showed nearly $3.5 million worth of positions liquidated on ADA pairs in the past 24 hours. The USDT Dominance measure surged the previous day, as investors fled to the stablecoin Tether in a time of heavy selling. Bitcoin has not breached $19k support, and it was uncertain whether another bounce from this level could arrive.

In other news, IOHK shared its weekly development report. However, other metrics were not as rosy for ADA. Even though development activity was high, the dropping TVL and the price action painted a bearish picture for ADA in the coming weeks.

The wall finally breaks and bears swarm into the breach 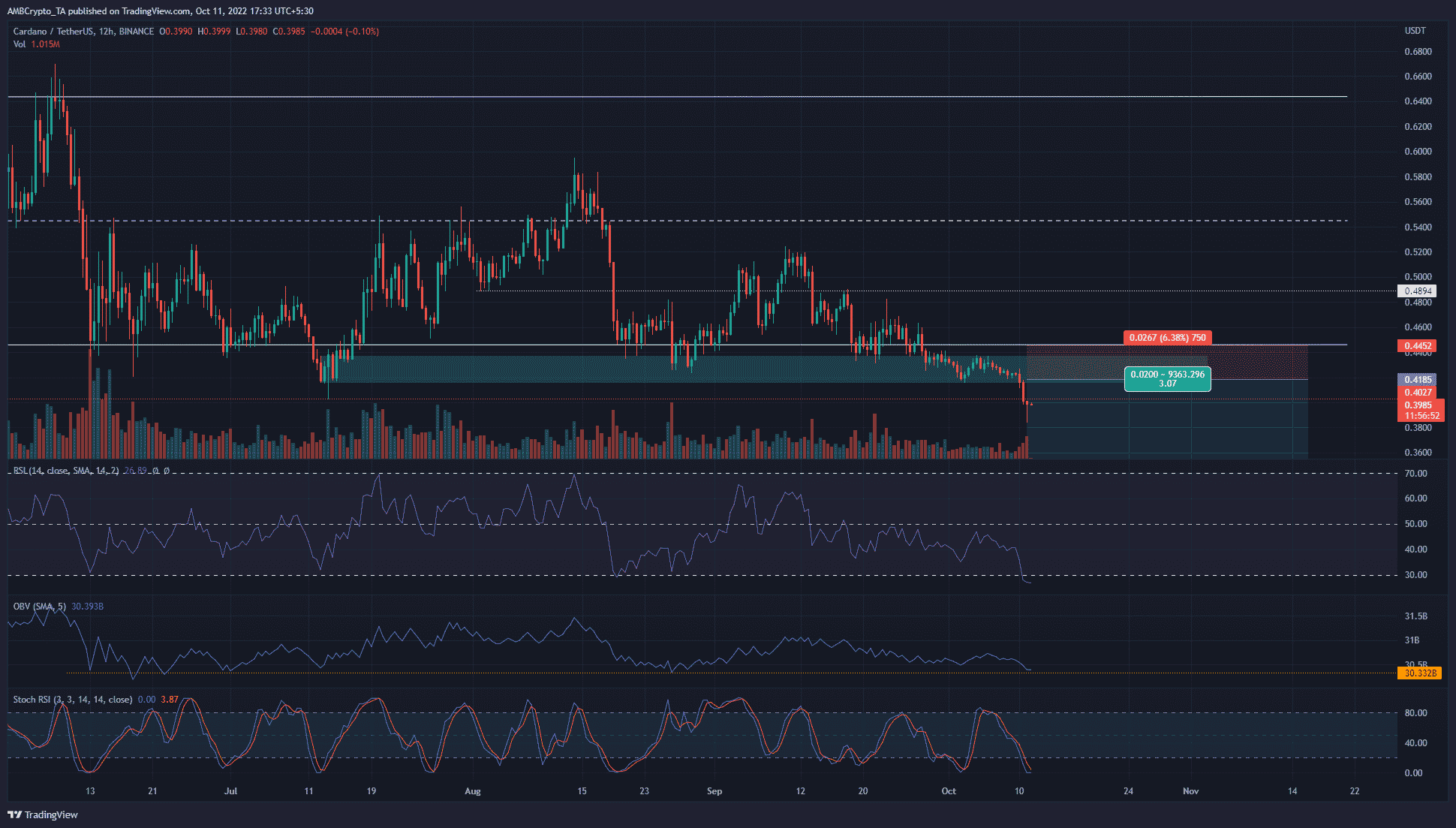 Since July, the $0.4-$0.42 region (highlighted in cyan) has been an important support zone. The $0.44 level marked the lows of a range ADA has traded within since May. In the past two weeks, ADA slipped beneath the range lows as well as the support area.

This showed that bulls were exhausted. They likely did not have a lot of ammunition left to keep the bears at bay. The higher timeframe market structure was also firmly bearish. Therefore, traders can look for a revisit to the $0.4 area before entering short positions. To the south, the $0.33 was the next major support level, and short sellers can look to take profit at $0.37 and $0.33.

The Stochastic Relative Strength Index (RSI) on the 12-hour chart was on the verge of forming a bullish crossover. This development could precede a minor bounce, and a bearish crossover along with a bearish divergence on the RSI can be used to enter short positions around $0.4. The On-Balance Volume (OBV) was also at a multi-month support, while the RSI has been below neutral 50 since mid-September to show strong downward momentum.

Weighted sentiment was negative, which showed that social volume had been low and also that the messages were overall negative. This came as no surprise as the price was in a downtrend since mid-September. What has been surprising was that the number of active addresses had been in sharp decline in the past two weeks.

The number fell from 1.1 million to 470,000 within three weeks, and this would likely leave a negative impression in the eyes of long-term investors.

Stellar and the rigmarole of price performance in last 30 days

USDT, USDC, BUSD- Know this update before you park your money in it