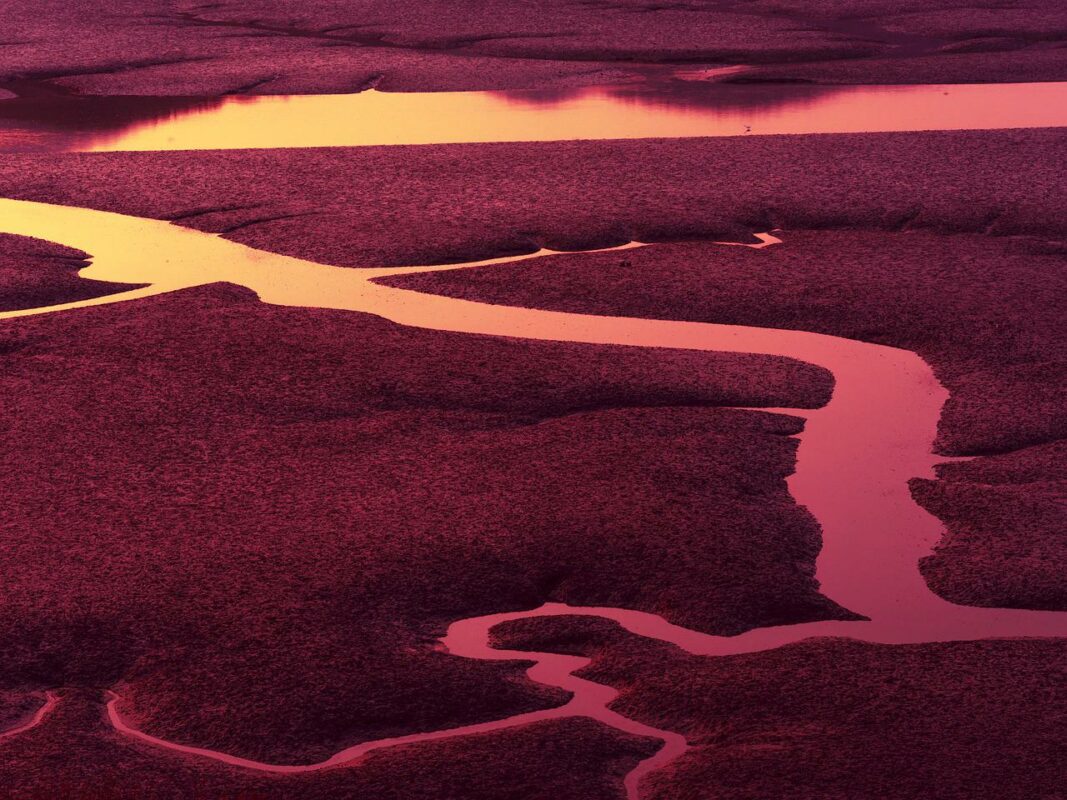 The state of the market is such that every cryptocurrency is seeing the worst fall and the lowest prices they have in weeks, some in months, and in the case of Fantom, years.

The altcoin had managed to mark a new all-time high earlier this year in January but has since been plummeting on the charts like a boulder on a hill.

Within four months, the price came down to $0.68, which Fantom last visited back in September. But beyond price, it was the fact that the unrelenting bearishness led the cryptocurrency to be oversold in the market.

Despite noticing much more significant drops than April’s 57.86%, the token had never slipped this low.

The last time this happened was when FTM was trading at $0.137 in November 2020. Therefore as it is with all other altcoins, this fall to an 18-month low point is set to trigger a recovery for Fantom, which will be huge for its 67k investors that are yet to notice profits. 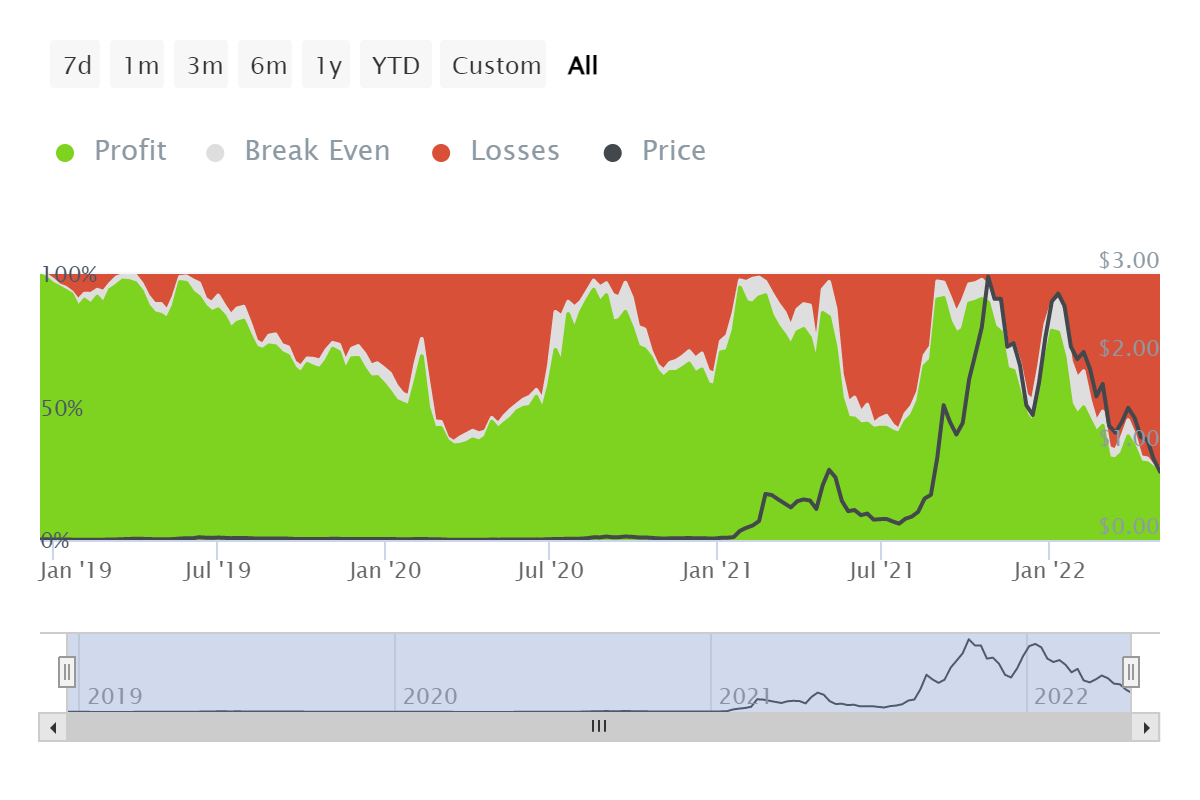 However, the case won’t be the same for the 6.21k FTM holders who are waiting for a 320.79% rally to recover their losses as they bought their FTM around the time it was trading at its all-time high of $3.31. 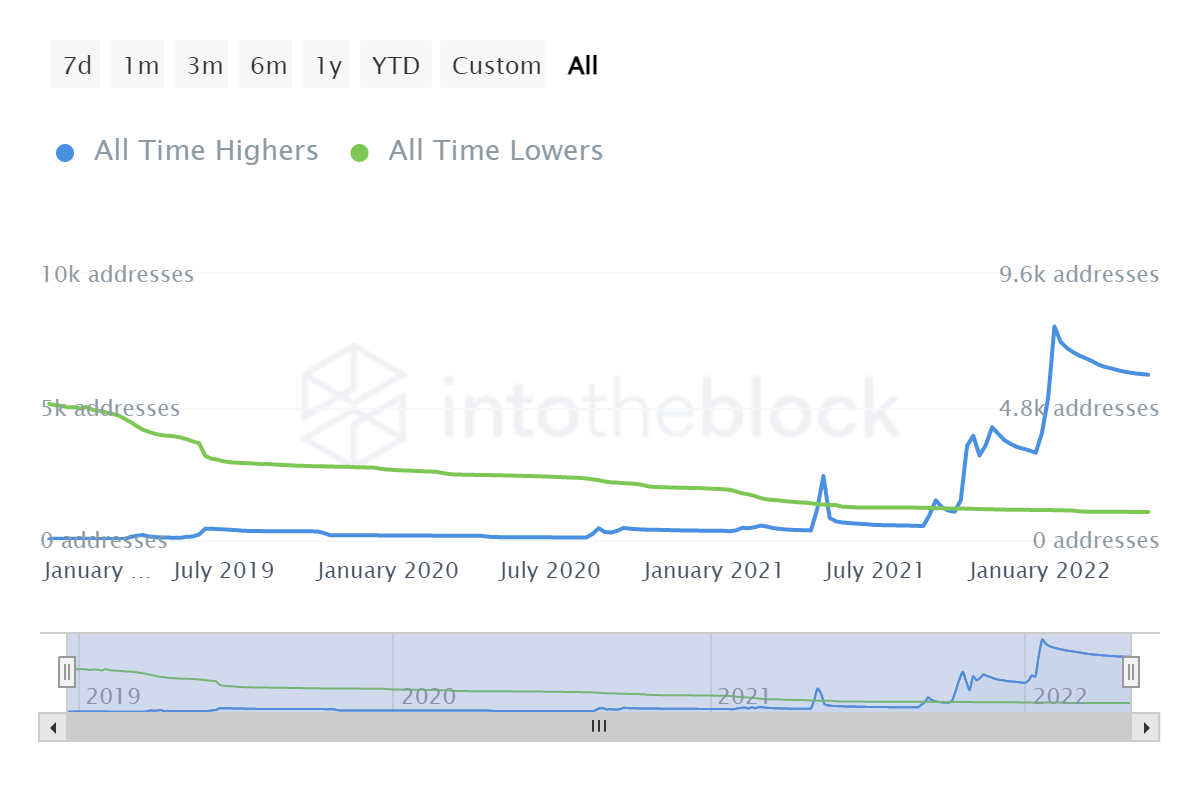 Regardless, at the moment, Fantom’s fall triggered some interesting reactions from the community.

Firstly, it set off the long-term holders who, over the course of these three days, panicked and sold their holdings, destroying seven billion days in the process. Albeit not significant, it does exhibit the sentiment investors hold currently.

Although on the other hand, many investors took this as an opportunity to buy the dip and bought over 28 million FTM worth $19.6 million off of exchanges.

Most of the investors, however, decided to wait until this phase passed and HODLed their FTM instead of moving it around, resulting in the steep drop in the network’s velocity.

While the low prices might encourage people to jump into Fantom, the existing investors might not feel much enthusiastic about doubling down on their investment since the network-wide supply of Fantom is displaying severe losses right now.

As Bitcoin drops to its lowest ebb this year, are we looking at a continued bear market