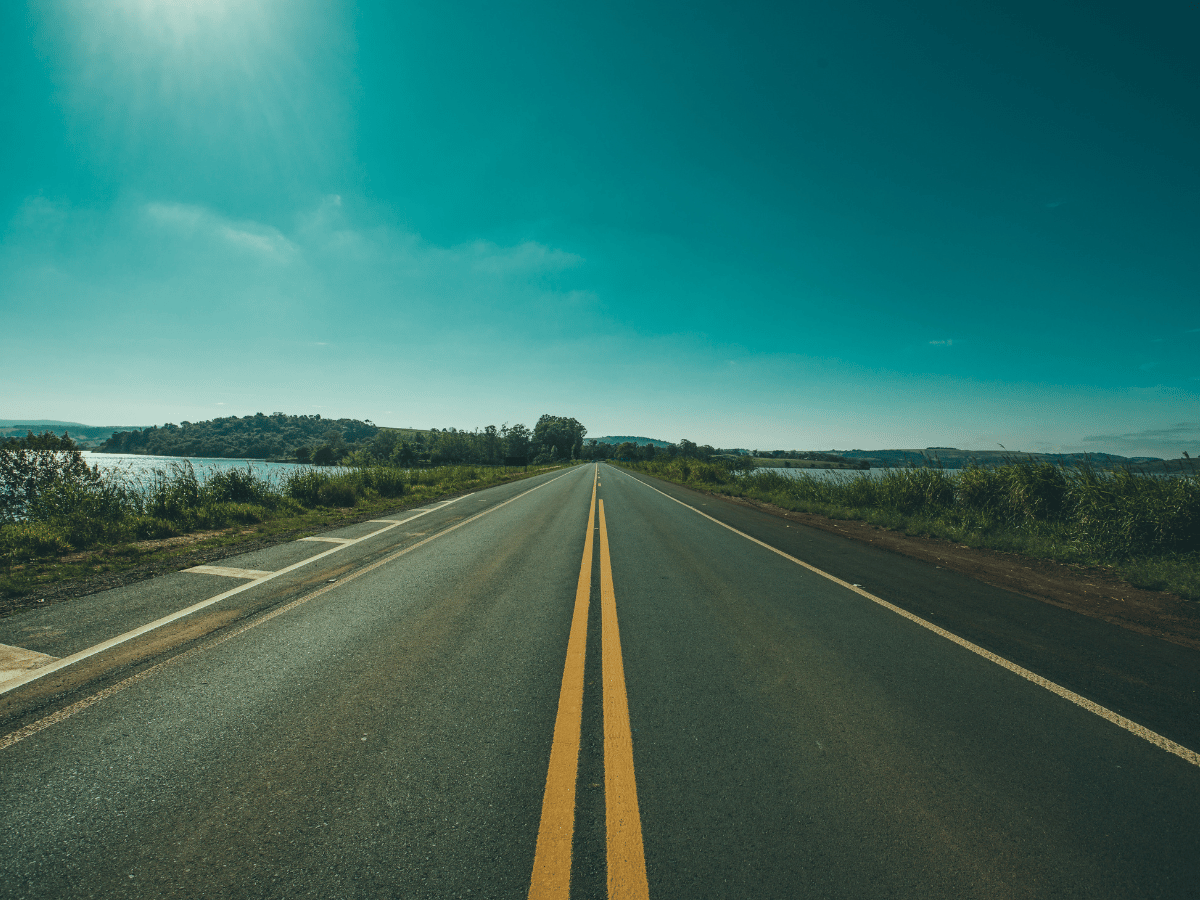 ApeCoin [APE], the governance and utility token of the Bored Ape Yacht Club [BAYC] have since started 2023 on a strong note. The token which endured several nosedives in 2022 recorded a 20.41% increase in the last seven days.

According to CoinMarketCap, a large part of this increase happened as a result of the 12.28% uptick of the last 24 hours. But what impact has this upswing had on APE holders?

Are you holding lashing green? Check the APE Profit Calculator

On-chain data from Santiment showed that APE holders of the last 365 days were almost at par with balancing what their portfolio worth as of July 2022. This was the case as indicated by the Market Value to Realized Value (MVRV) ratio.

At press time, the MVRV ratio was 10.23%. This metric is an outcome of the comparison between the market capitalization and realized capitalization.

The MVRV ratio was seen in an uptrend since 1 January. This meant that there was a high degree of unrealized profit. Furthermore, holders who accumulated when the ratio was down were likely to lock recent gains.

As of this writing, APE was exhibiting signs to hit maximal volatility, based on indications from the Bollinger Bands. The BB, which identifies asset trends with the help of the Simple Moving Average (SMA), showed that the APE price at $4.676, had exceeded the upper band.

A situation where this happens means that an asset is overbought. Hence, the BB revealed that APE surpassed its buying stretch. Thus, APE could experience a price correction in the near term.

The indications from the Exponential Moving Average (EMA) was of the viewpoint that APE might not sustain its greens for an extended period. This was because the 20 EMA (blue) and 50 EMA (orange) were in a combative position.

While the 20 EMA had a very minilar edge, those holding APE for the long-term might be less concerned. In the longer time frame, the 200 EMA (purple) was above both the 50 and 20 EMAs. This stance describes the potential for respite after the likely price reversal, and possibly significant gains in the long-term. 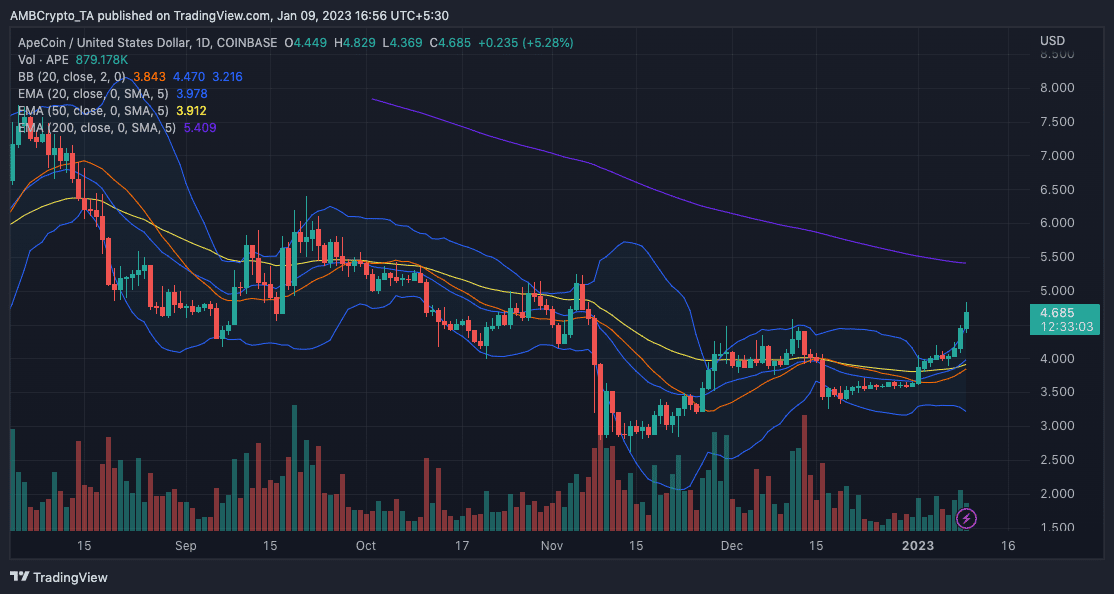 Meanwhile, the total acquisition cost for APE in the last 30 days had dropped. This was revealed by the status of the Realized Cap at 508.1 million. Further, the active withdrawals from the ApeCoin network had subdued.

In the early hours of 9 January, it was as high as 1043. But at press time, it was 370. This implied resistance from investors to take profit in anticipation of an uptrend in the short term or a resolve to hold for a longer duration.

Dogecoin: Here’s how consistent decline in trading volume might affect you