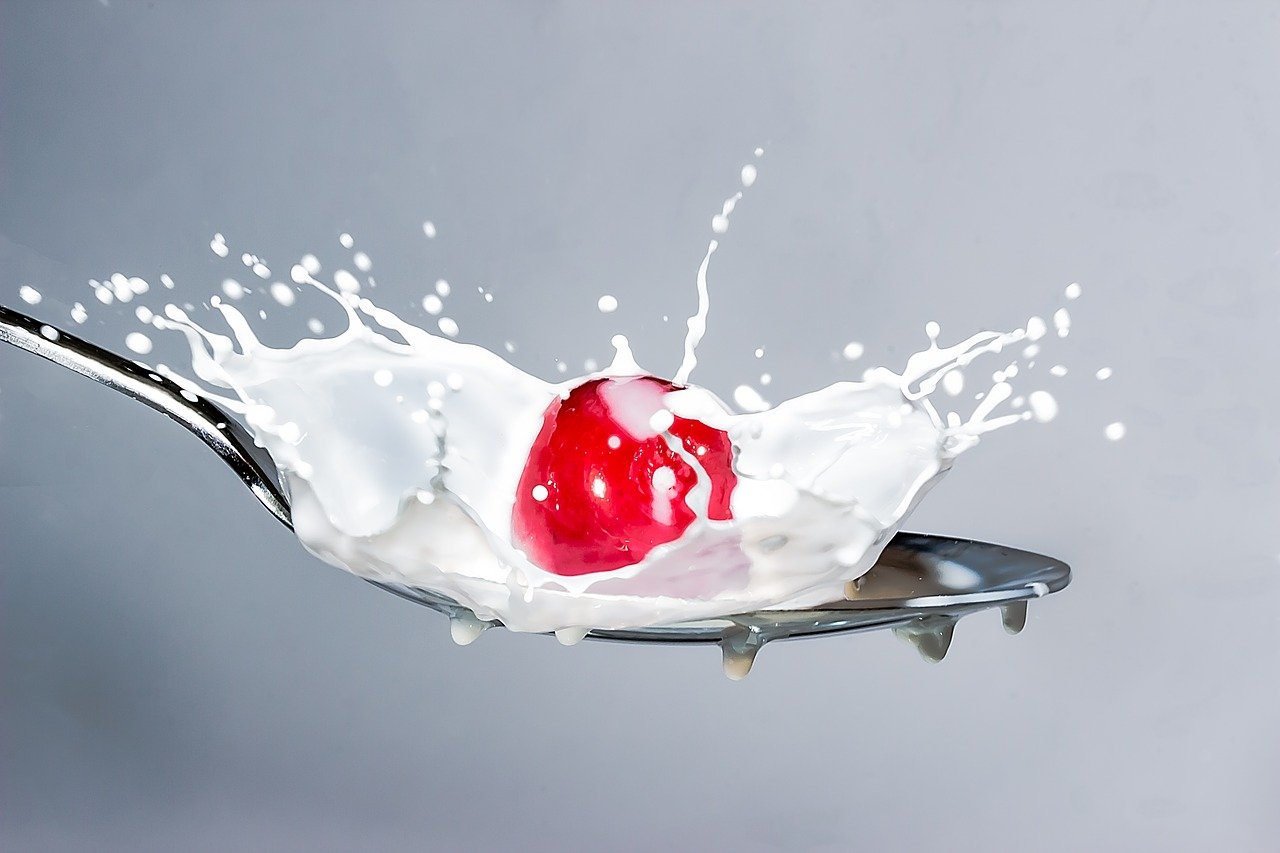 Grayscale was in the news this week after the fund manager’s Grayscale Bitcoin Trust (GBTC) dipped significantly against net asset value (NAV) with a record low of negative 14.31%. Much of this could be a result of the underlying asset’s downward trend which saw Bitcoin drop by roughly 8% before the weekend.

Data from YCharts indicated GBTC Discount or Premium to NAV was at negative 7.28% as of 26 March.

With the world’s largest amount of Bitcoin assets under management, worth $34.6 billion at press time, Grayscale hit a negative premium to NAV late last month. Competition from Bitcoin exchange-traded funds (ETFs) based out of Canada, may have played an important role in this regard.

In fact, Arcane Research’s Vetle Lunde said today that exchange-traded bitcoin investment vehicles now have “more than 800,000 BTC under management.” This equals about 4.3% of the crypto asset’s circulating supply.

According to him, more than 100,000 BTC “have been absorbed by Bitcoin funds,” since New Year’s Eve. Overall, the exchange-traded Bitcoin investment vehicles “manage $43 billion” worth of the digital currency.

But when it comes to managing Bitcoin-specific funds, the firm “dominates the space,” and accounts for “82% of the market,” managing $34.7 billion worth of the crypto asset. 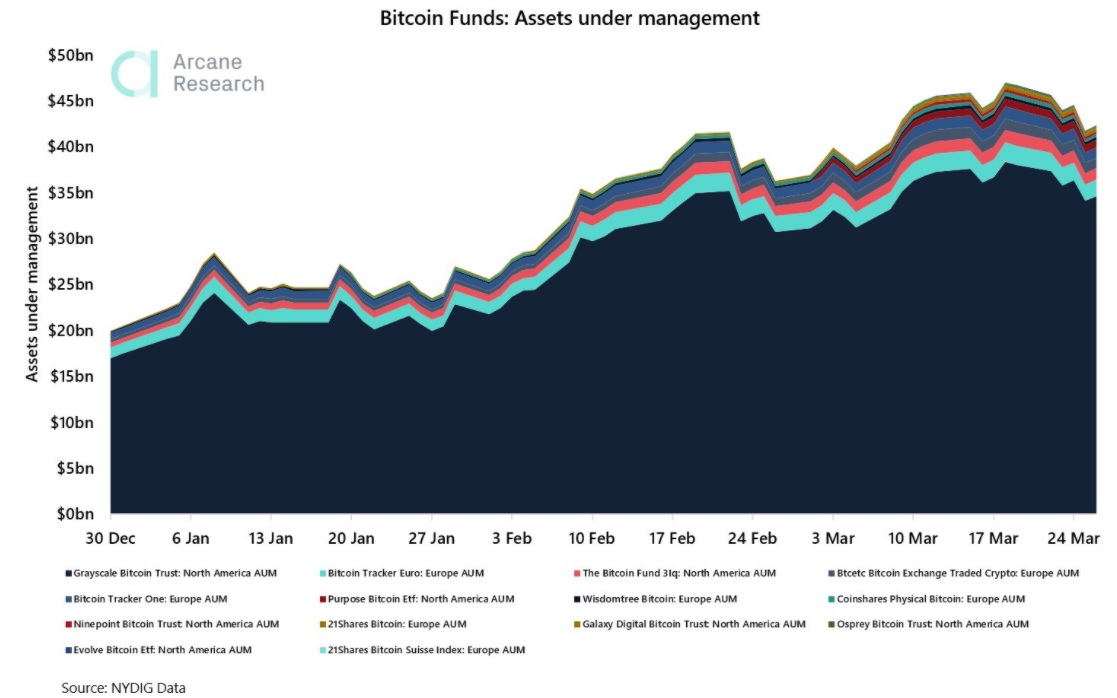 Analyst Mike McGlone recently pointed out that GBTC has outpaced Tesla’s stocks this year. However, Vetle Lunde noticed a decline in Grayscale’s dominance in the market and according to him, this is because of the three recent ETF approvals in Canada. He further said:

In the last couple of weeks, the combined AUM of the Purpose ETF, Evolve ETF, and Galaxy ETF has reached a market share of 2.5%. 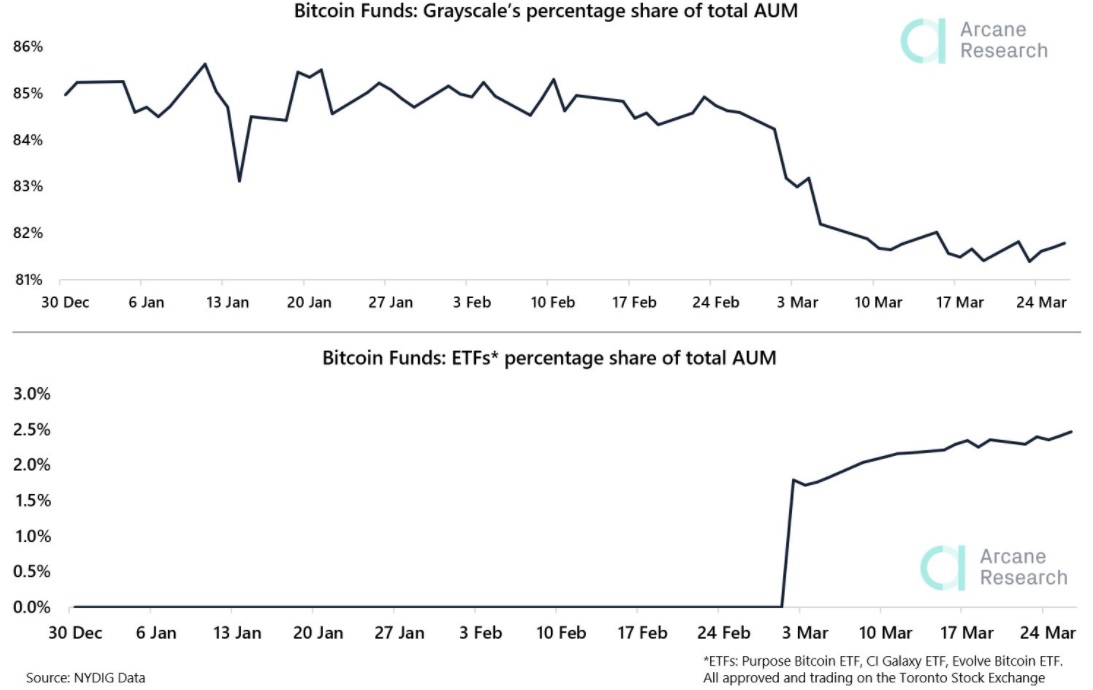 While regulators in USA are yet to approve ETFs, this has not stopped companies from filing to register, like VanEck, and Fidelity who are awaiting approval from SEC. In the likelihood that the Commission greenlights these filings, it will be interesting to watch how Grayscale prepares its counter move in facing Bitcoin ETFs.