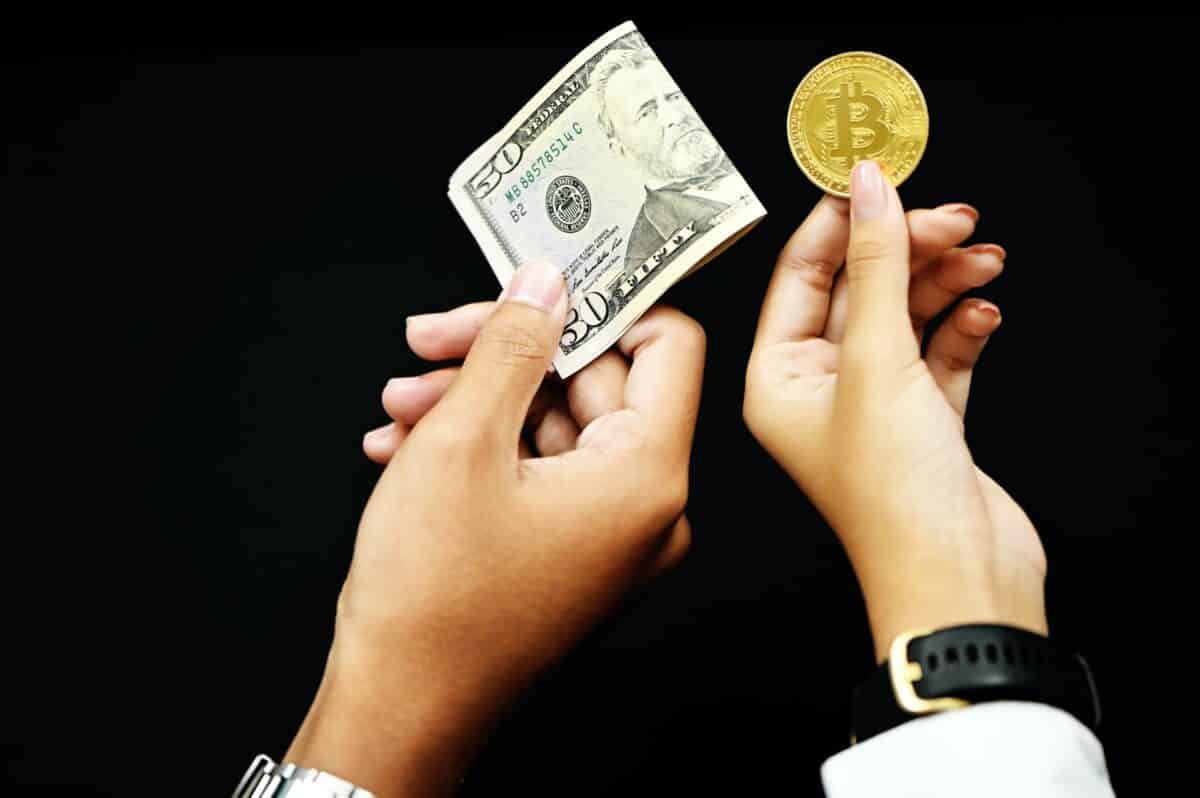 As Q3 of 2022 began on a good note, it may be safe to say that the Bitcoin maxi fever is also rising in the crypto community. Despite the confirmation of Celsius’ bankruptcy, there is increasing hope among the Bitcoin [BTC] maxis. While their beloved coin is swimming in shallow waters, the consensus is mooted for a sharp increase. Where does BTC go from here?

“We are the champions!”

Bitcoin optimism has increased in recent weeks with renewed data reflecting the community’s hopes. Social metrics are seeing rampant surges as covered by analytics platforms. Santiment data records that mention “#lambo” and “#moon” have dramatically increased with BTC’s near 8% jump in July. These mentions are at their highest since all the way back in January 2018, as shown in the data chart below. 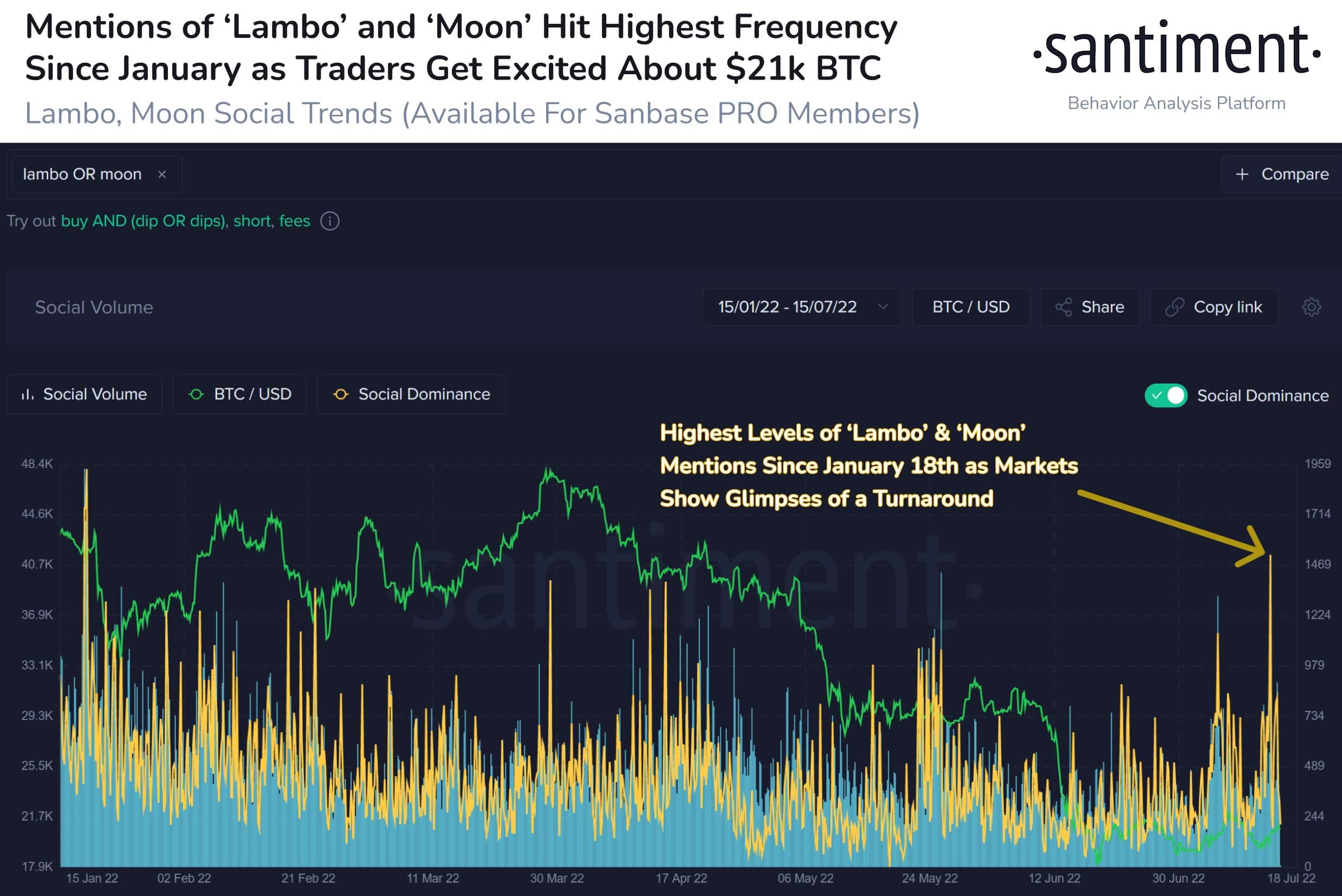 Historically, these mentions are signs of growing trader optimism in the crypto community. Another prominent has been pointed out by an acclaimed crypto analyst Ali Martinez. He recently reported that the BTC balance on exchanges has reached a four-year low.

He also stated that “The last time the BTC balance on exchanges was below 2.38 million BTC was in late July 2018 when Bitcoin was trading at around $8,000.” 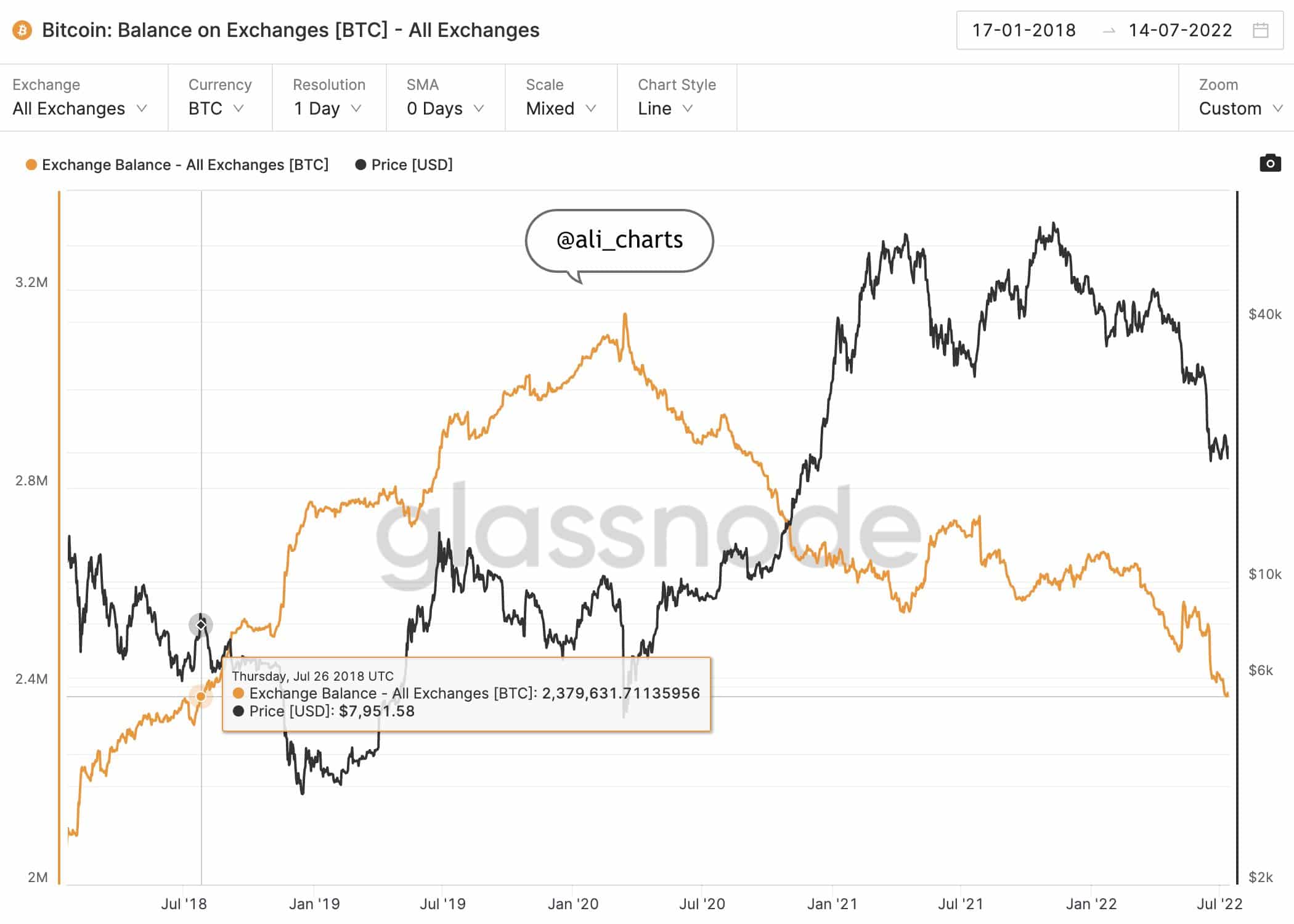 Another major indicator has been released by Plan C in a recent analysis on Twitter. The analysis covers the worst capitulation in the past decade with the June capitulation topping the list. During the period of 14 June to 23 June, around 1.06 million BTC were under-realized losses.

To the moon, soon?

The combination of these signals is throwing light on the increasing optimism in the Bitcoin community. The maxis have taken to social media in the past weeks as the wait lingers on for BTC to reach $21k. In a recent report, it was observed that one out of every three asset discussions on social media is about Bitcoin. This metric reached a 13-month high last week along with a growing positive commentary for Bitcoin on social media.