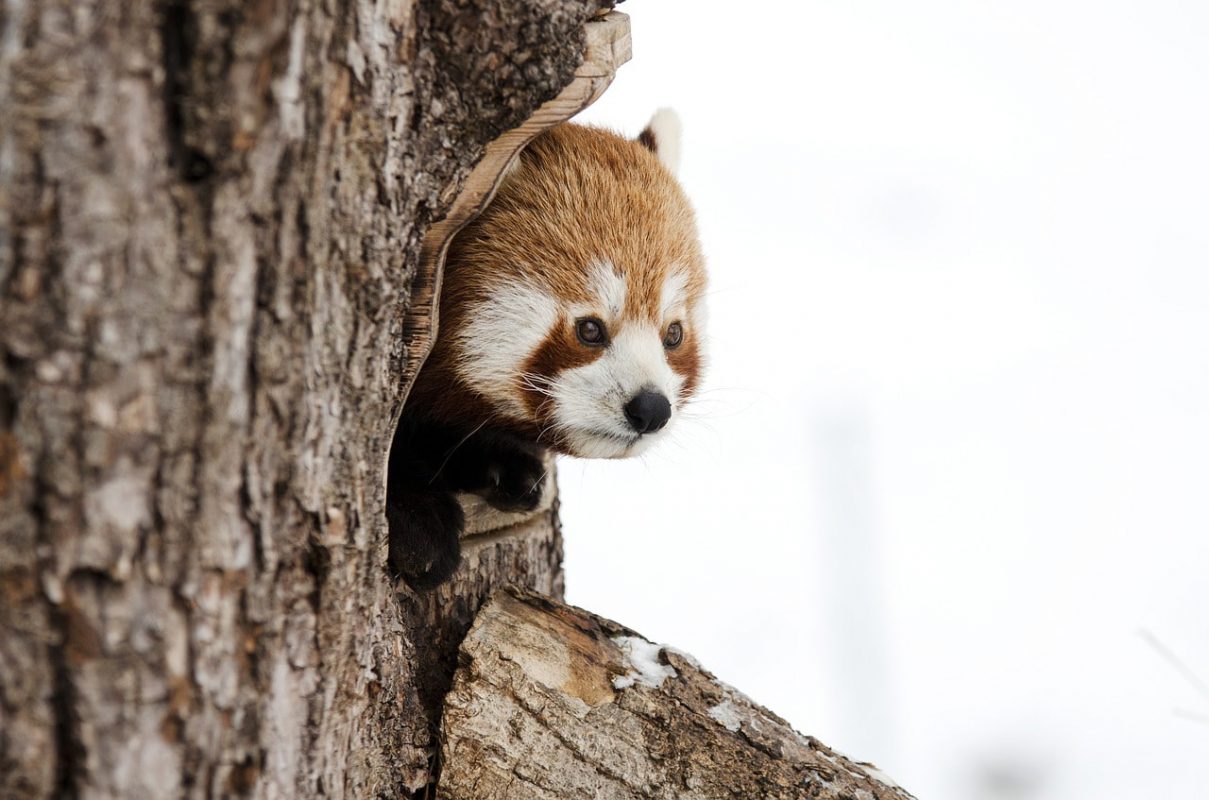 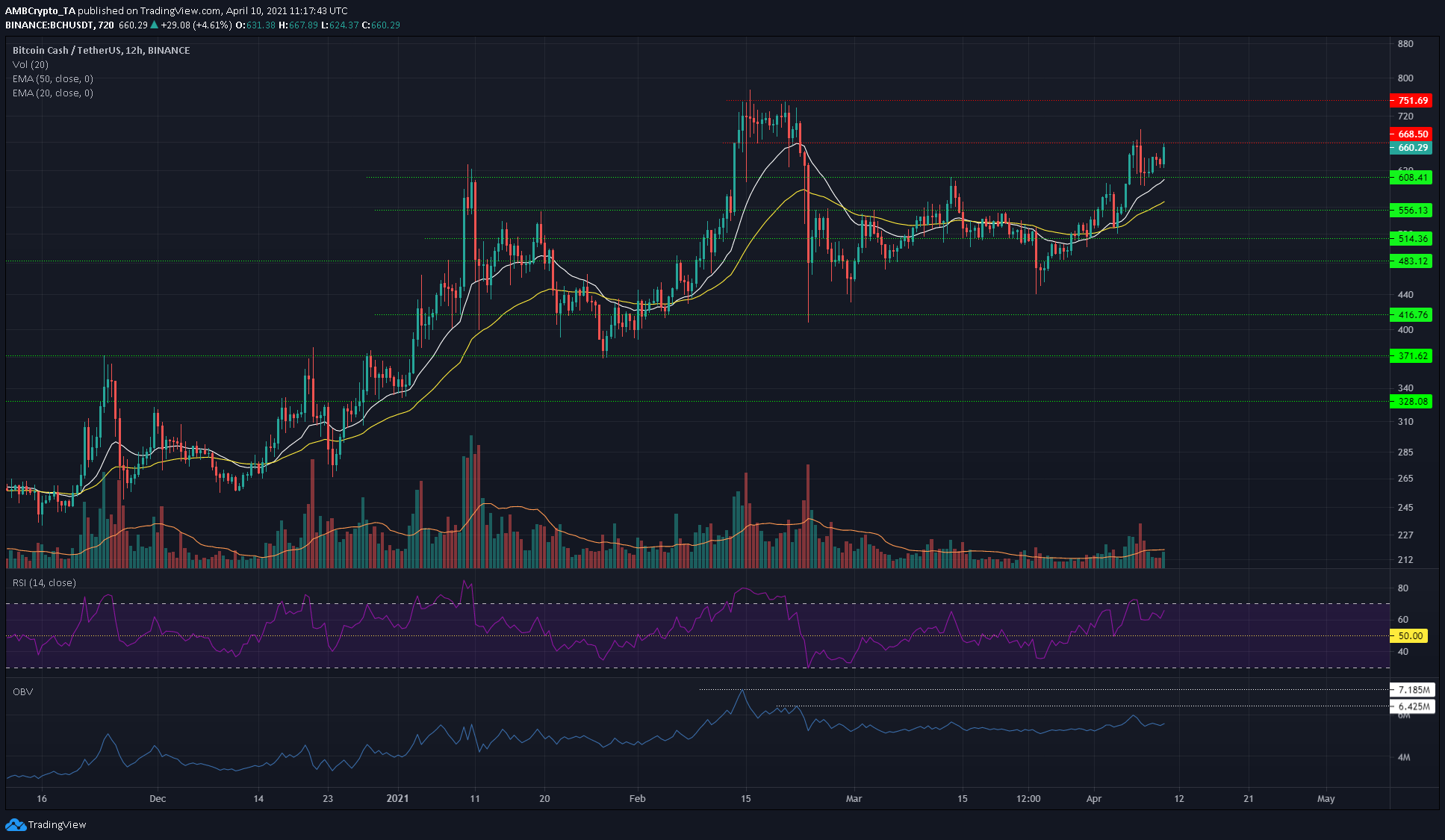 A leg upwards could be exactly the thing that has been brewing in the markets over the past month. Bitcoin and Ethereum have been unable to break past the stubborn resistance at $60k and $2000 respectively, suffering a sharp pullback before recovering. The positive sentiment around the market has been building for a few weeks now and could propel prices higher in the weeks to come.

The technical indicators showed that BCH has shifted back toward bullish momentum over the past two weeks, after dropping to test the $480 support level.

Using the Elliot Wave Theory, the move from $220 (October) to $500 (January) appears to be the third wave in a series of five waves for BCH – and that wave also saw BCH register larger gains than the other two motive waves.

The OBV showed that although buying volume was present, it has not yet made up for the selling volume seen since the drop from $750. This has to change if the bulls are to drive prices toward $800.

The RSI climbed back above neutral 50 to denote bullish sentiment.

A surging Bitcoin often sees market participants exchange altcoins for the king of crypto. This scenario would likely see coins such as BCH stagnate while Bitcoin soars. The $660 and $750 remain key levels of resistance and a move above them will invalidate the corrective phase scenario laid out in this analysis.