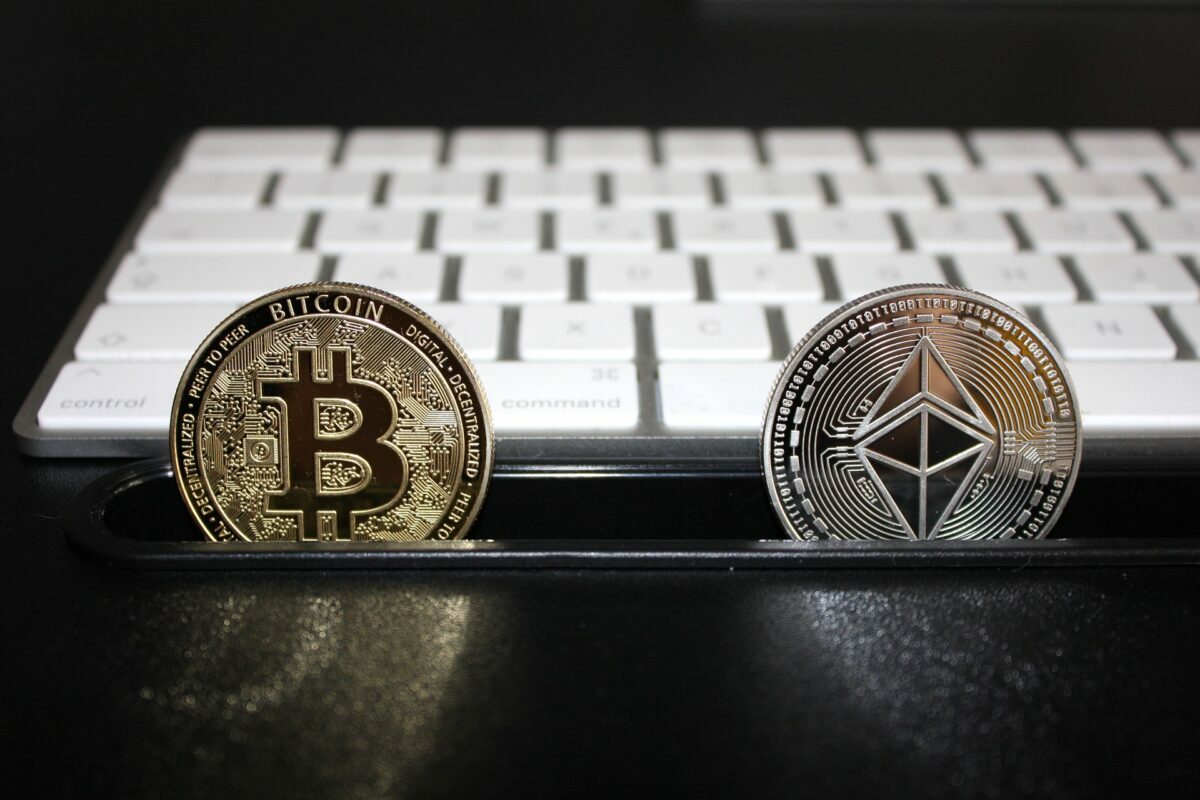 The anticipation of a mooning November has subsided over the past week or so. Consider this – Bitcoin’s price maintained its range-bound momentum and Ethereum seemed to follow the king coin’s move. Bitcoin, at press time, was trading close to $56k while Ethereum slipped under the $4300-mark.

Apart from the waning euphoria, the short-term market pressure could also be rising due to changing macroeconomic conditions. Notably, U.S. bond yields have been rising sharply over the past few weeks. In fact, the yield on the two-year note has risen from 0.24% in September to near 0.60%. Curiously, expectations around a possible interest rate hike have also increased.

Not to forget, digital assets, especially crypto, are generally perceived as riskier assets. A higher “risk-free” rate of return could also reshuffle capital in financial markets, as pointed out by CoinMetrics’ data. While most of the market has been riding a wave of volatility, it seems like relative volatility hasn’t really taken over in this case yet.

Volatility is still not high?

The markets looked rather turbulent with shaky price action and unexpected dips. Even then, volatility has still been relatively low for both Bitcoin and Ethereum on a historical basis. And, far from the highs measured earlier this year. The same could also be noted by using daily log returns on a 90-day rolling window. 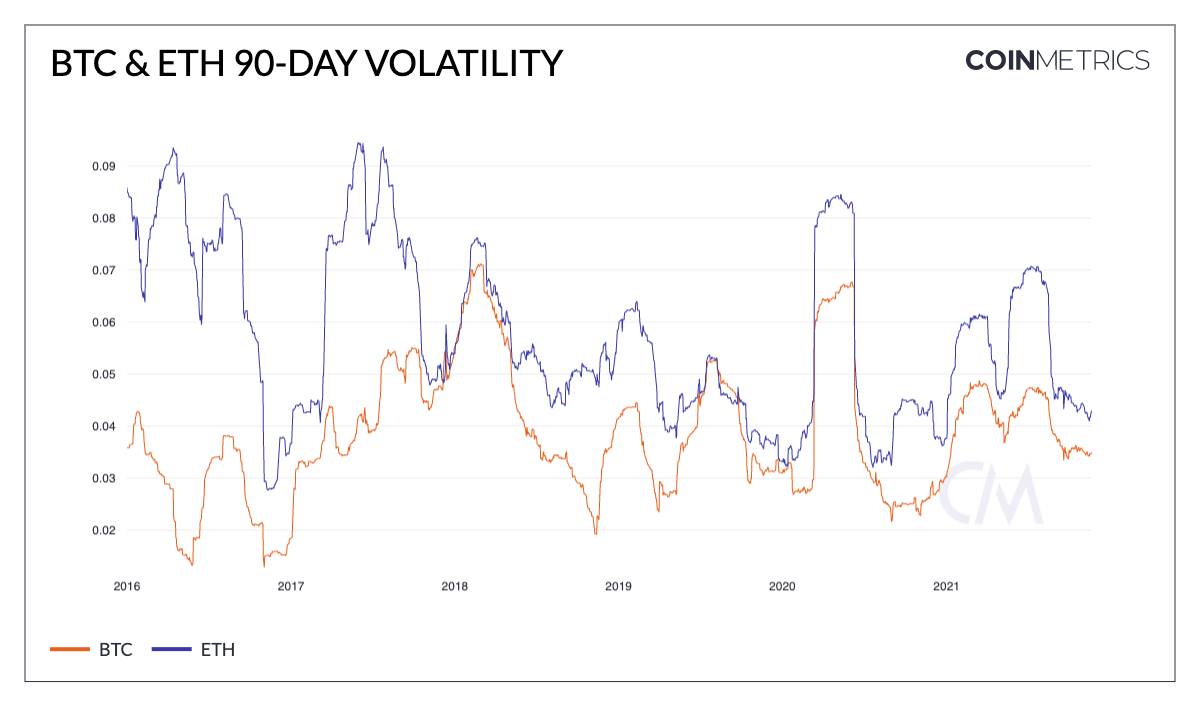 After a lower weekly close, BTC and ETH hit their lower support levels. BTC fell under $55k while ETH went as low as $3980 a few days ago. Notably, BTC’s implied volatility, which presents the market’s forecast of a likely movement, had gone up and signaled higher expected volatility.

However, its realized volatility continues to maintain more or less the same levels. 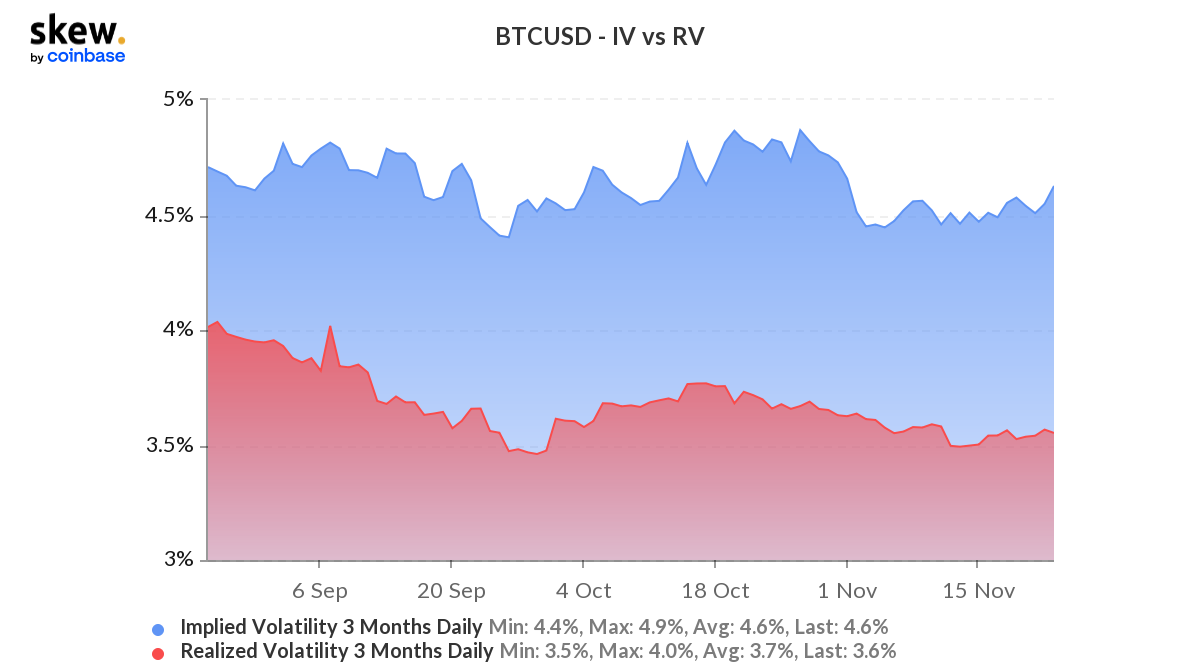 This is how it could go…

Looking at the supply and demand, many stablecoins are sitting on exchanges compared to BTC balances. Furthermore, institutional demand for ETF products has seen an increase too.

On the contrary, 200k of $ETH had been deposited on central exchanges, presenting a short-term bearish narrative. Even so, outflows still dominated both the top coins’ markets.

Also, Bitcoin’s percentage of the balance on exchanges hit 12.4% this month. After almost three and a half years, the metric fell back to this level. In fact, this all-time low level was last seen in February 2018.

However, the latest fall in this metric appears to be a macro-bullish trend, one that seemed to elicit for the top coin. 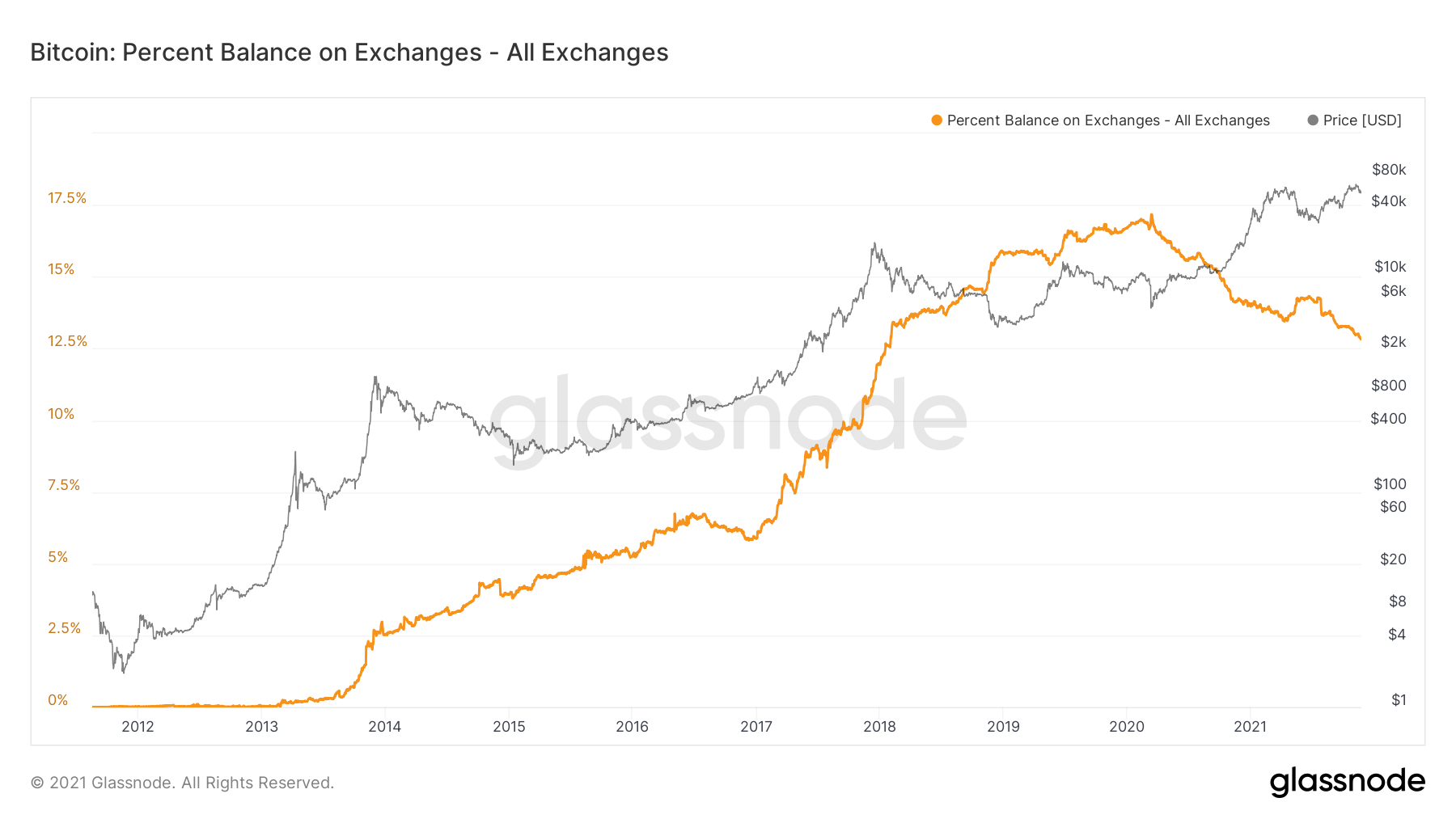 Open interest for BTC and ETH has been steadily increasing though, hitting fresh highs last week. In fact, with the Futures market looking over-leveraged as people shorted BTC, the market became more sensitive to small price movements. This could amplify volatility in the near term.

Even so, the Bitcoin Exchange Whale Ratio (72h MA) hit 91% – An indication that the top ten deposits took 91% of the deposit volume across all exchanges on the hourly timeframe. Not to forget, whale deposits are usually not a good sign for mid-short-term price action. 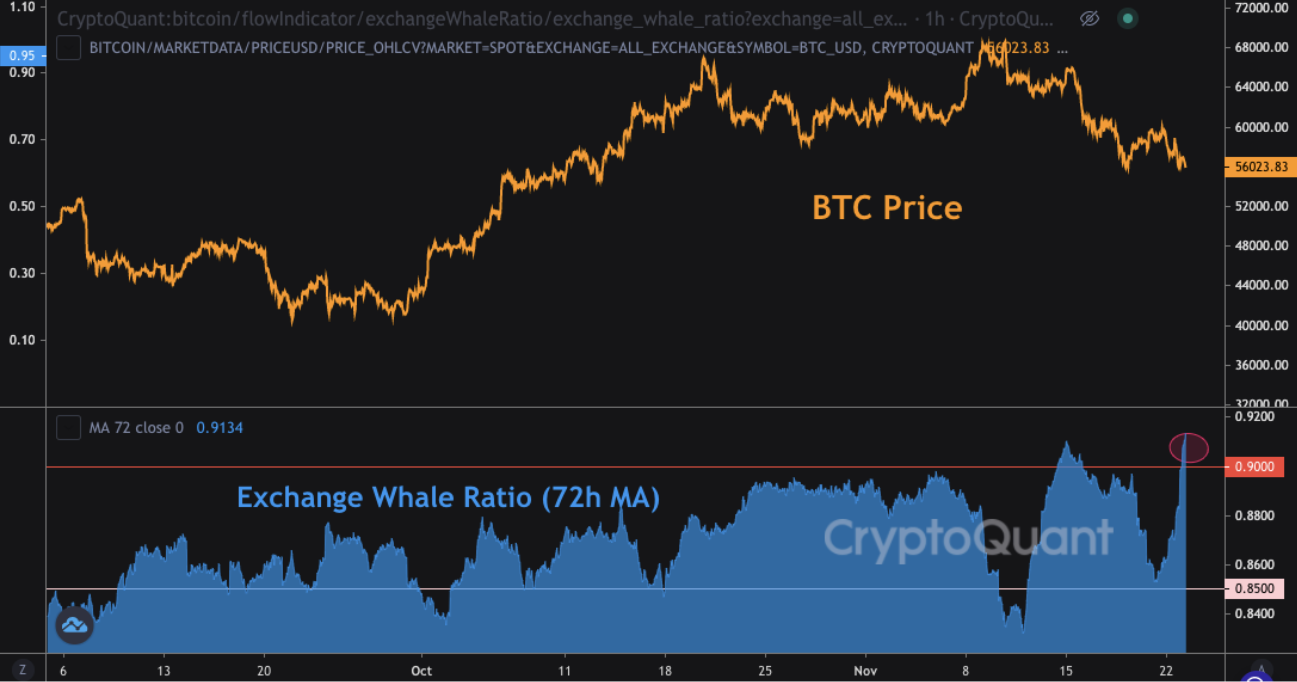 For Bitcoin, certain metrics seem to be logging weak bullish indicators. This can mark the early stages of bull runs with sustained accumulation.

However, with the price action looking uncertain alongside some bearish signals, nothing can be said with certainty at this point.