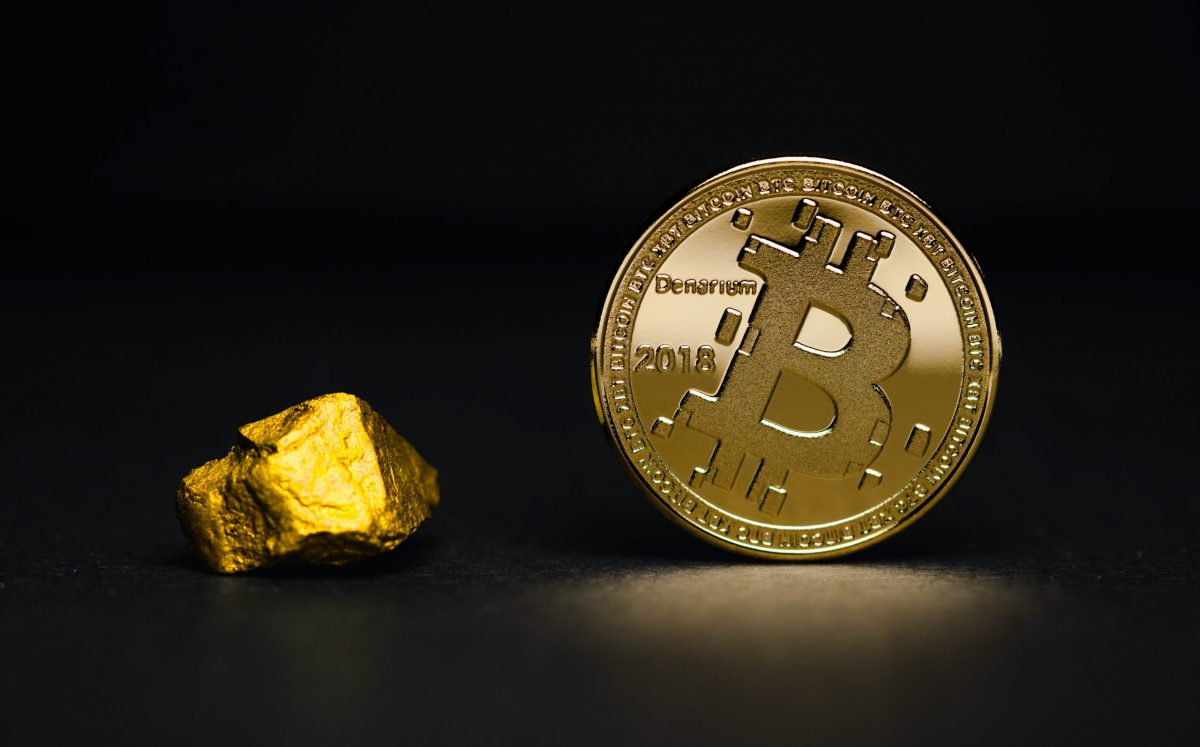 Macro trends have been playing an important role over the last few weeks. With the U.S Treasury Bonds undergoing a yield rise, any asset arching up in the charts has been historically identified to register a dump. The same has happened with Bitcoin as well in the past.

In our previous article, we described how the increasing 30Y bond-yield could deter BTC’s present rise however, over the past few days, the narrative might be evolving towards a different direction irrespective of rising bond yield.

According to Ecoinometrics, this is how popular stocks and commodities reacted over the past week after 10-year yield was up 8.33%. Growth stocks under SP500 registered a -1.2% drip, NASDAQ i.e heavy of tech/growth stock was down by 1.87% and Gold was down more than 4% at one time.

While there are recoveries being made at the moment, Bitcoin has been up since re-tracing towards the end of February, adhering to more than 10% growth alongside the 10Y yield rise. 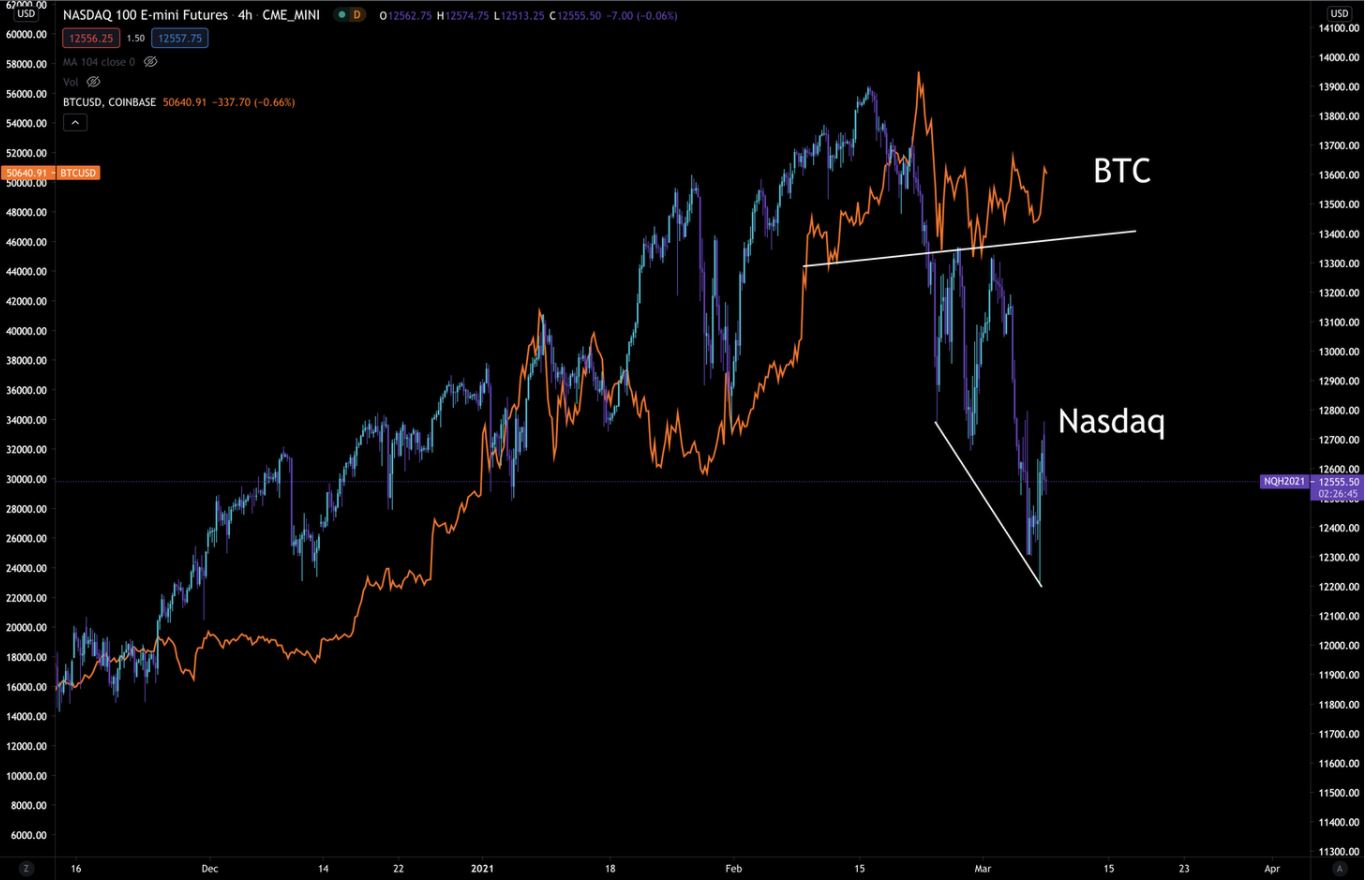 In fact, Bitcoin was also undergoing a significant drop in correlation with NASDAQ, suggesting a clear resistance to the rising yield. The digital asset is still maintaining higher consolidation and its deviation from yields could be down to its evolving characteristics and investors being lured for different reasons.

Right now, there are a couple of things that are going right for Bitcoin and they are purely based on an adoption metric as indicated in our previous article, and extremely attractive for different investors. According to Ecoinometrics, they can be categorically divided into players who are hodlers, and institutions. Now the hodlers have been in the game for a long-time, and they are playing in terms of Bitcoin being asymmetric.

However, institutional players are coming in with the perspective of holding as a store-of-value, which may appreciate in the long-term, highlighting its importance to allocate a position in their diverse portfolios. However, if the bottom chart is observed, the correlation between BTC and Bond Yield indicates that institution investment in BTC is not as large as Gold at the moment. 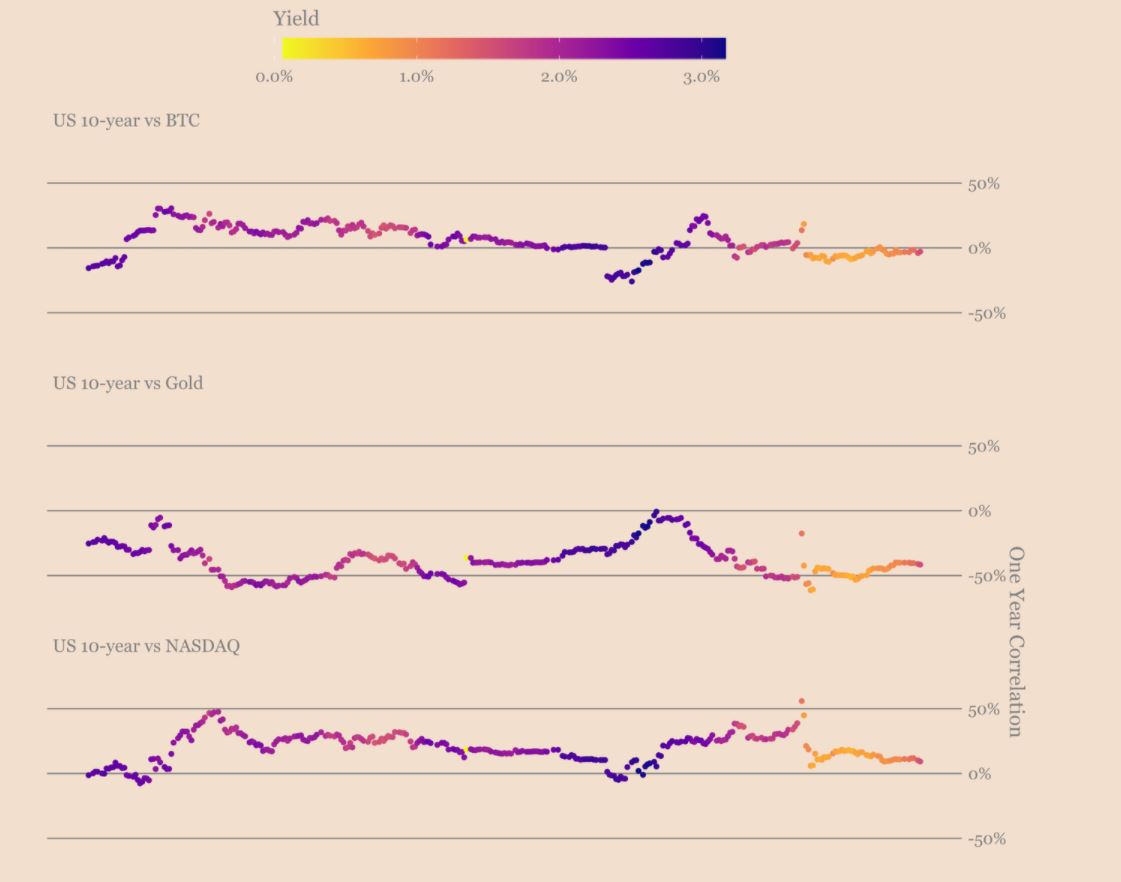 Gold is inversely related to the yield rise and that is because it is usually trying to compete as a hedge against the market crash, but at the moment U.S yield rise is denying that narrative. Considering Bitcoin was in a position to replace Gold today, a negative return would have been prevalent for the asset as well.

Bitcoin is not Gold yet, and at the moment, that is more of a blessing than a problem.