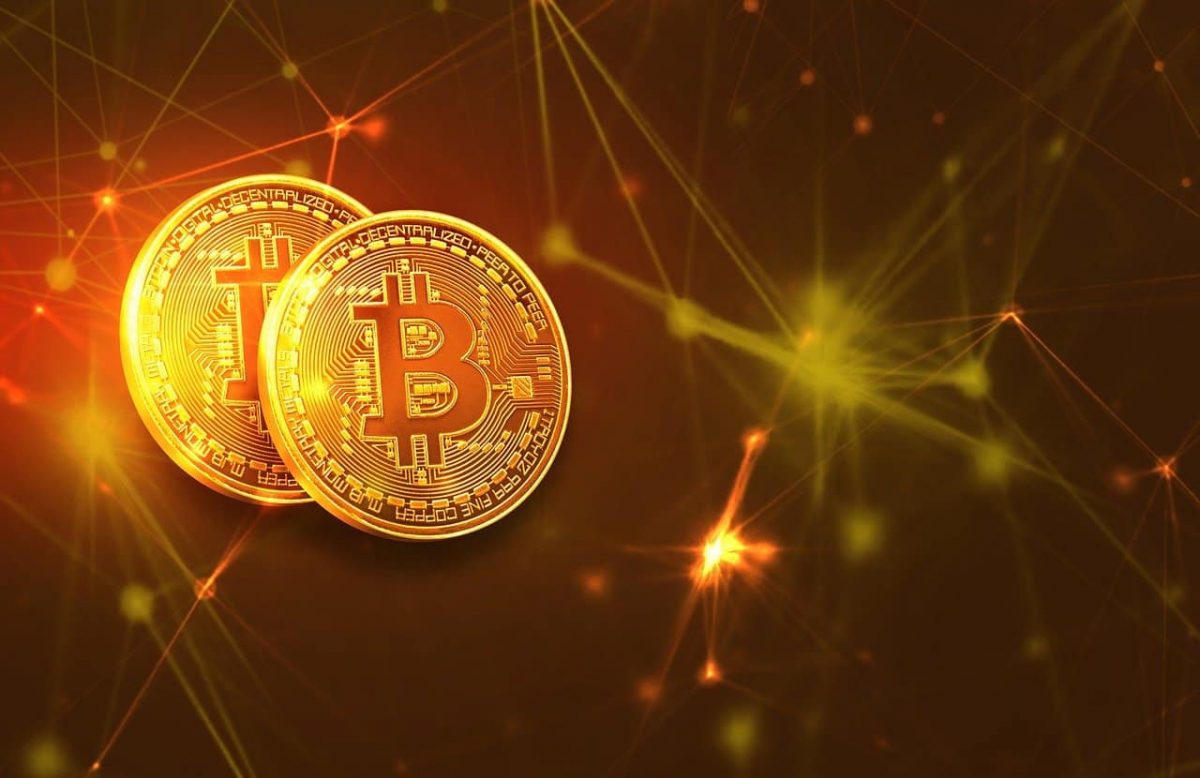 It looks like a season of change for Bitcoin after news came out about changing ownership patterns.

Crypto reporter Colin Wu reported on major BTC liquidations in the past few days. According to his update, a previously dormant address for over nine years has liquidated an entire balance of 5,001.51 BTC.

The transfer took place on 28 August which eventually accumulated a profit of more than $96 million. There are three other Bitcoin addresses from the same origin with two of them holding 5k BTC and the third having 6,071 BTC. However, these addresses are yet to show any transfer activity as of now.

Wu claimed that another address holding 5,000 BTC transferred the holdings on 30 August worth about $100 million. This was carried out into multiple 148 BTC transactions.

Furthermore, crypto analyst Ali Martinez further reflected on the changing ownership patterns with a new observation. He stated that the number of addresses having a balance of 10,000 BTC or more dropped by 5.83% in the last three weeks. 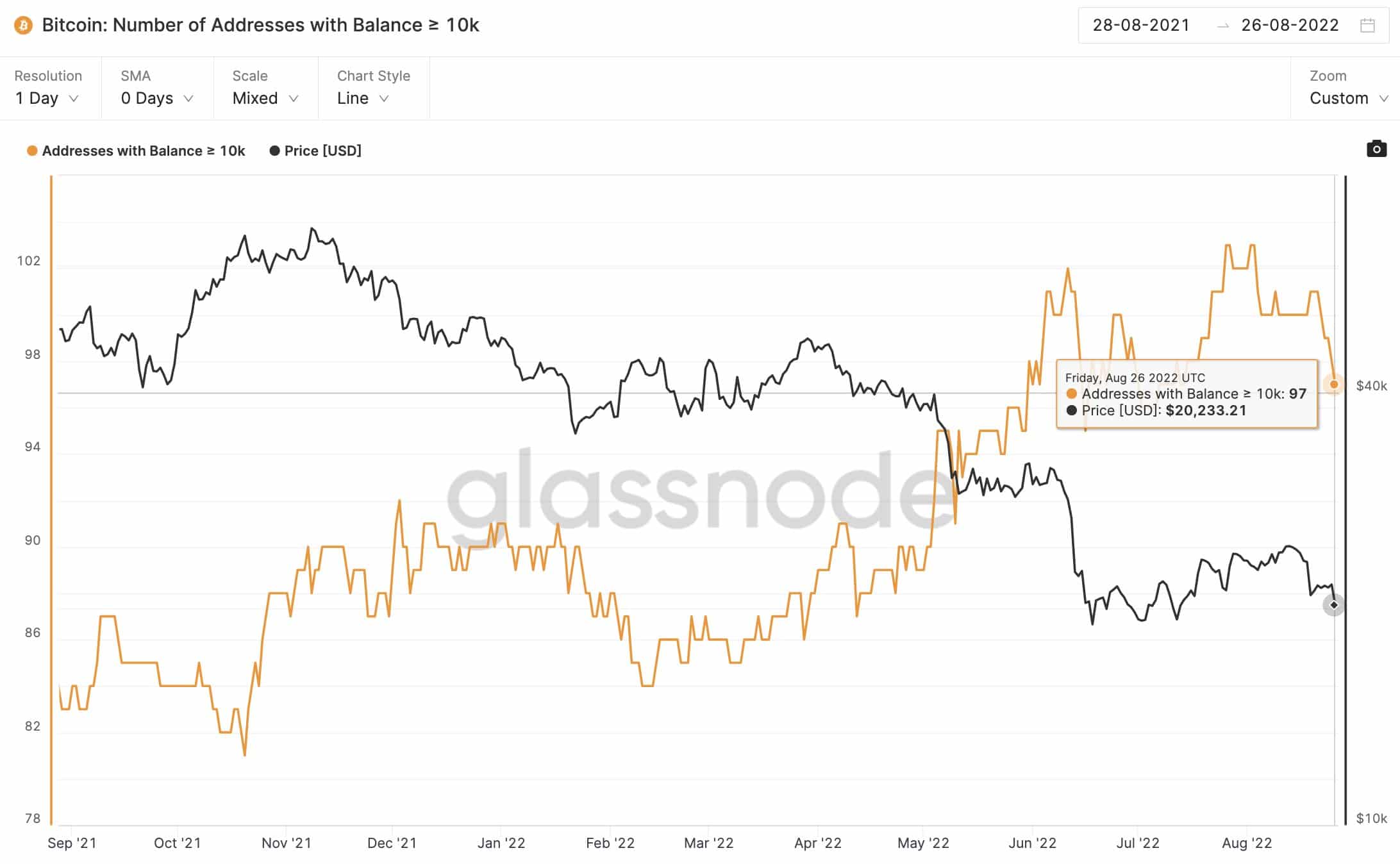 Martinez also updated on the changing pattern of BTC ownership among the miners. According to his observation, miners are yet to show signs of accumulation.

Bitcoin miners’ reserves have been hovering around 1.85 million BTC over the past week. The chart below shows that previous high levels of more than 1.85 million BTC will not be tested anytime soon.

This is particularly a bearish note for the Bitcoin community at present. 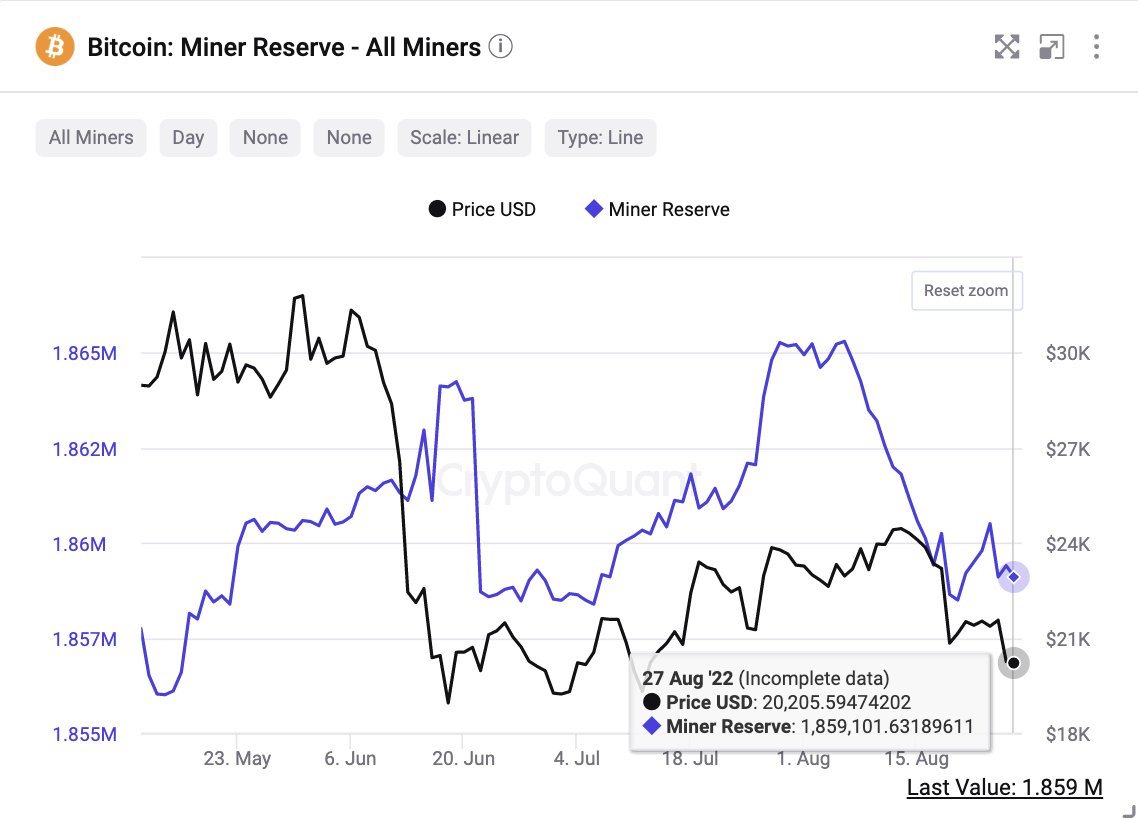 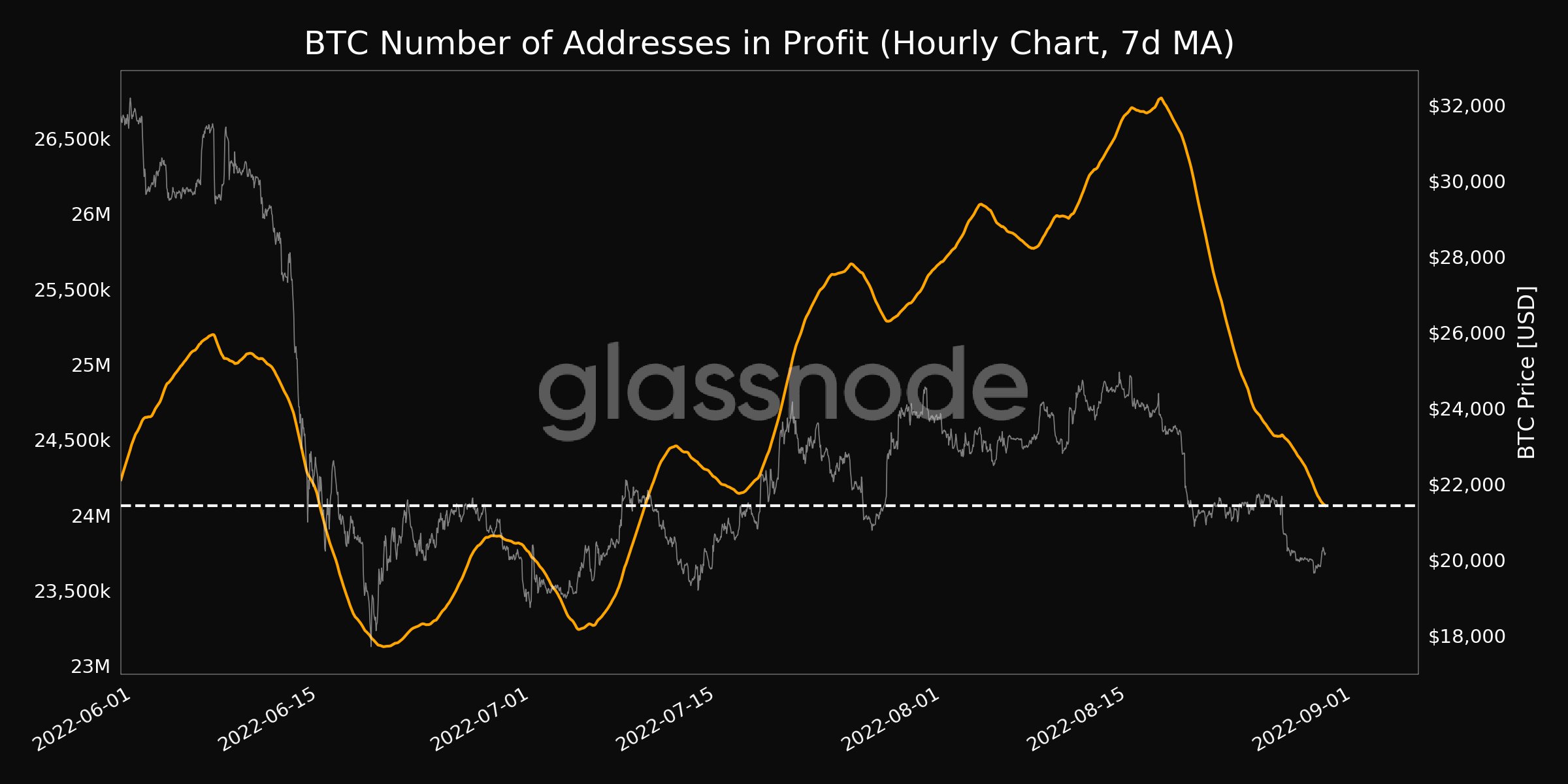 Despite the latest upturn in fortunes, Bitcoin holders remain alert about the risky market conditions.

They rejoiced in the latest revival of BTC prices on the daily chart as the price increased by 3% over the last day. This places the BTC price above $20,400 at press time and provides a timely boost to the community.

Can Avalanche [AVAX] be a profitable bet for traders going long