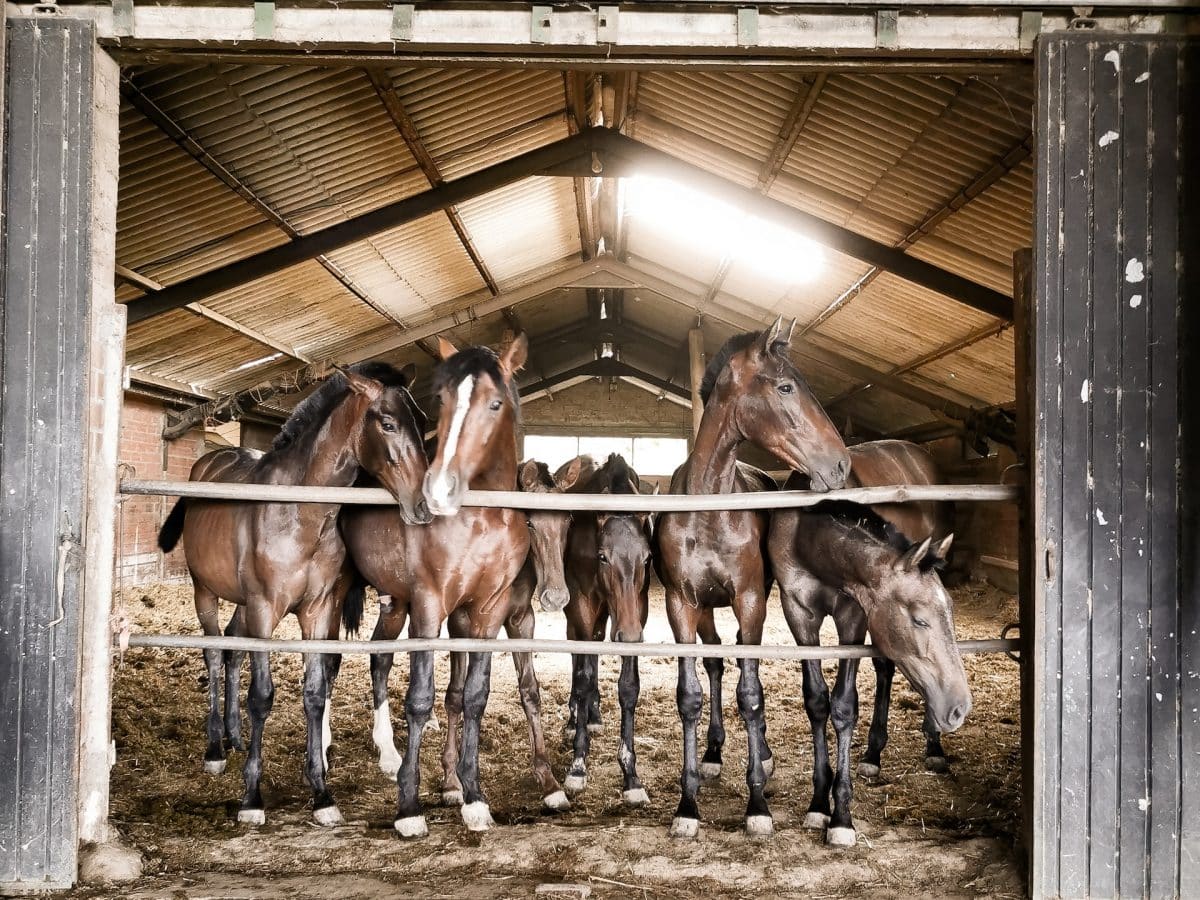 A stablecoin company has made inroads into a South American country to provide a more stable alternative currency at a time when economies are anything from stable.

On 20 October, Tether Operations Limited, the company behind USDT, made an announcement that Tether (USDT) would soon be available at more than 24,000 ATMs across Brazil (ATM).

Tether stated in their press release that SmartPay, a Brazilian crypto service provider, would be instrumental in making USDT available in the country.

Users in Brazil would be able to utilize the ATMs to change their USDT to local Fiat and local Fiat to USDT. This would be possible once the local crypto service provider launched and integrated USDT in the more than 24,000 ATMs across the South American nation.

According to Tether, the ultimate goal was to bring the financially excluded into the banking system.

Tether recently made headlines when they revealed that by removing commercial paper from their reserves, they had decreased their exposure to it.

Tether announced that it had replaced the investments with U.S. Treasury Bills in addition to eliminating commercial paper from its reserves.

The daily volume of USDT transactions showed that the most recent volume on 19 October was $11.28 billion. A look at the chart also revealed that the transaction volume had hit close to $90 billion in May before the current bear market set in. 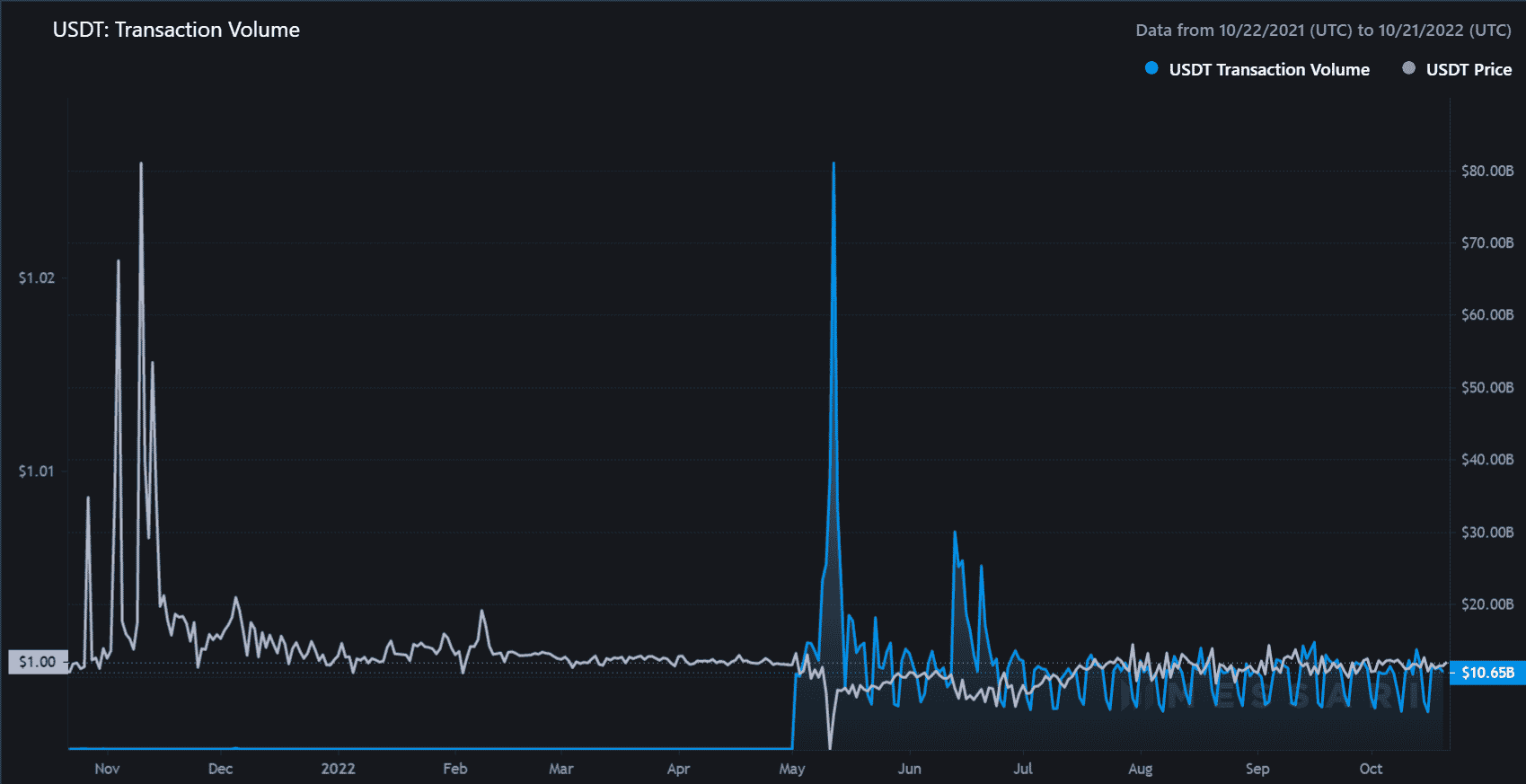 Additionally, a review of the Messari active address count data revealed a high percentage of active addresses for the stablecoin. 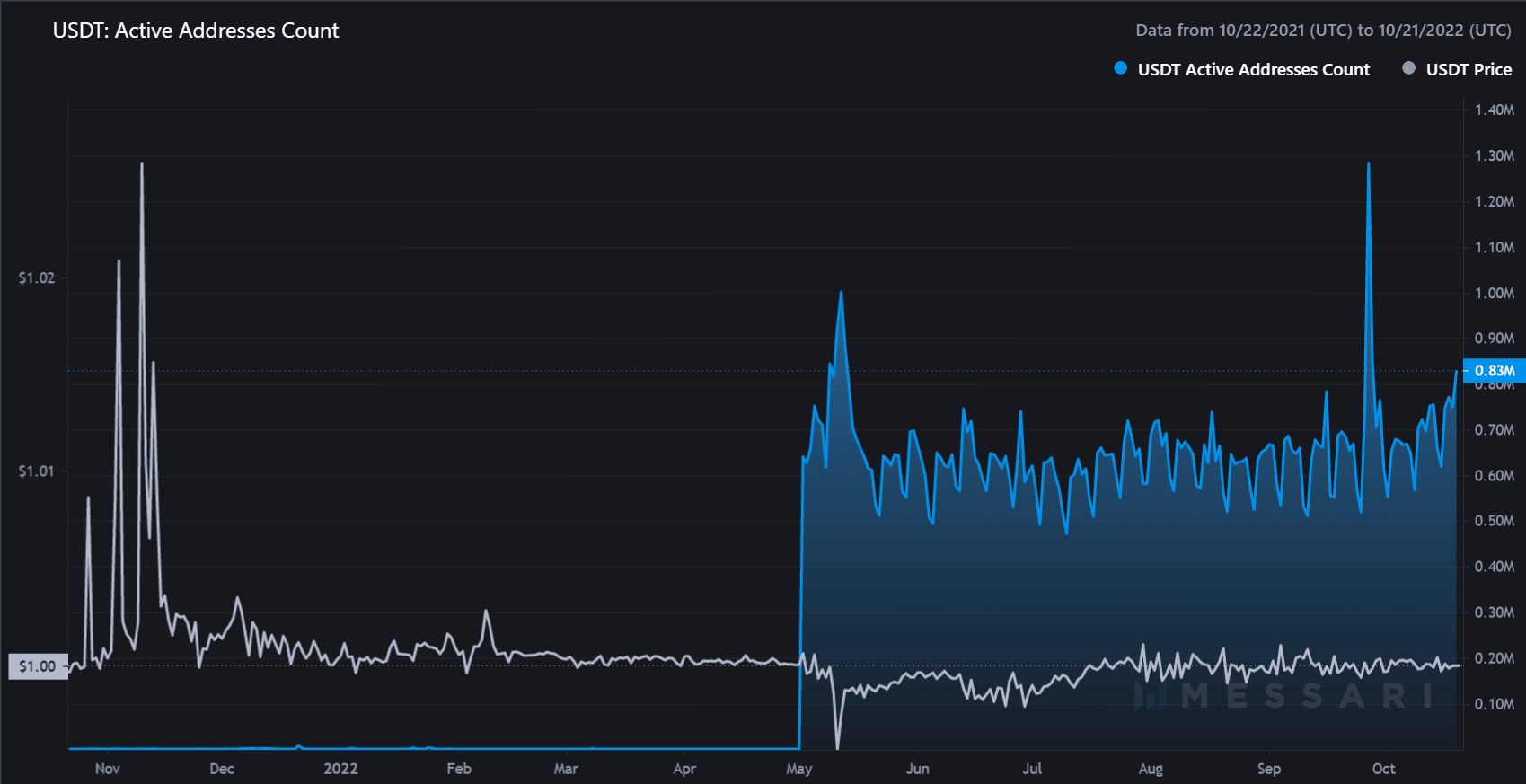 Checking the daily active address data on Ethereum alone showed an upward trend. This is indicative of a rising number of active addresses per day, particularly on the Ethereum network.

By market capitalization, USDT was the third-largest cryptocurrency, according to Coinmarketcap. Only BTC and ETH were rated above USDT, and it was also the largest stablecoin by market cap with over $68 billion.

Stablecoin usage is increasing, particularly now that the world economy is struggling. Stablecoins like the USDT have proven helpful for citizens in nations with less stable economies and periods of inflation in preserving wealth.

Additionally, stablecoins have been acting as a link between conventional finance and the expanding decentralized finance (DeFi) industry.