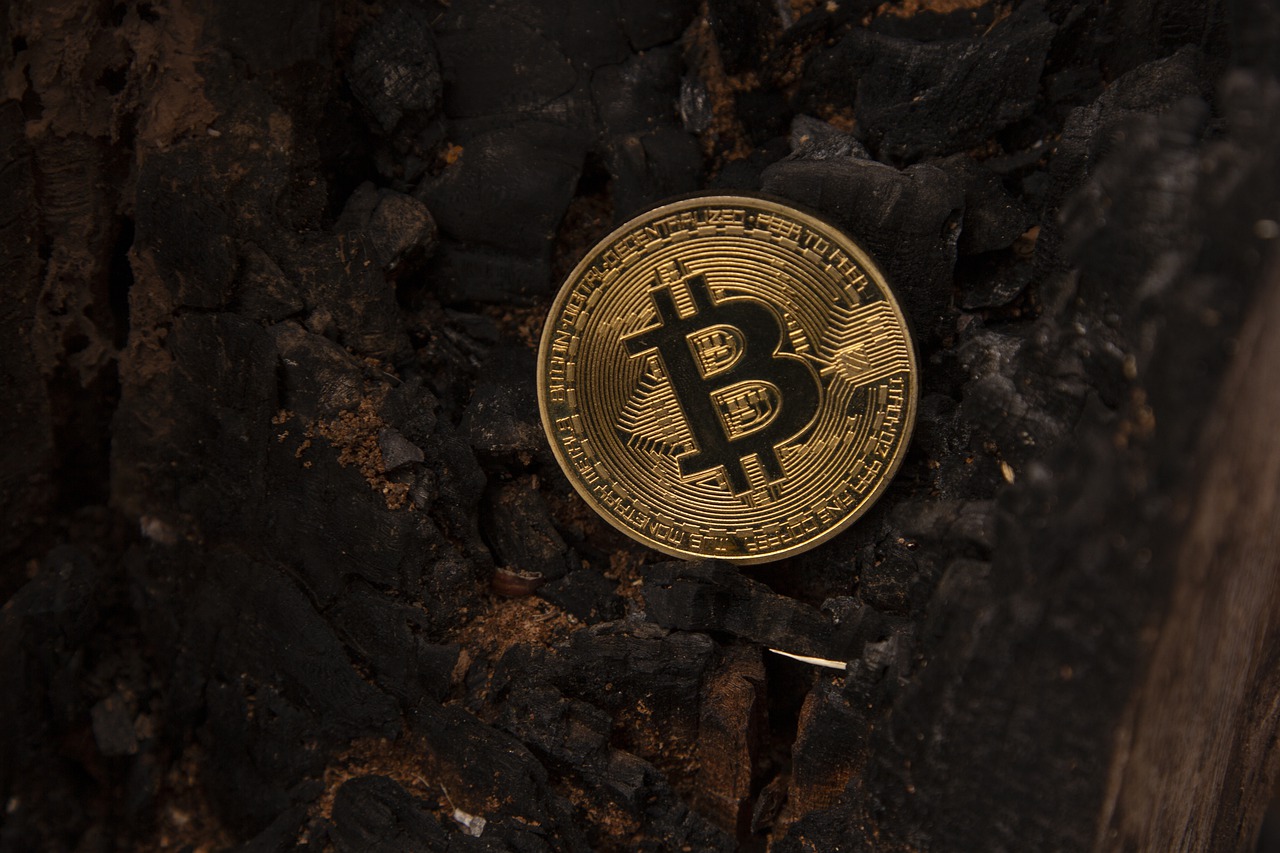 Although high computational requirements are compelling ETH to move to the PoS model, the Bitcoin PoW mining cycle is currently exhibiting bullish behavior. The hashrate of the token is also expected to rise by the end of 2022. BitMEX, via its latest report, stated that the current hashrate of 220 EH/S would rise to 320 EH/S by the end of the year.

The historical rise of hashrate

Referring to the 1-year and 3-year charts given below, it can be noted that the hashrate has only soared higher since the inception of Bitcoin. 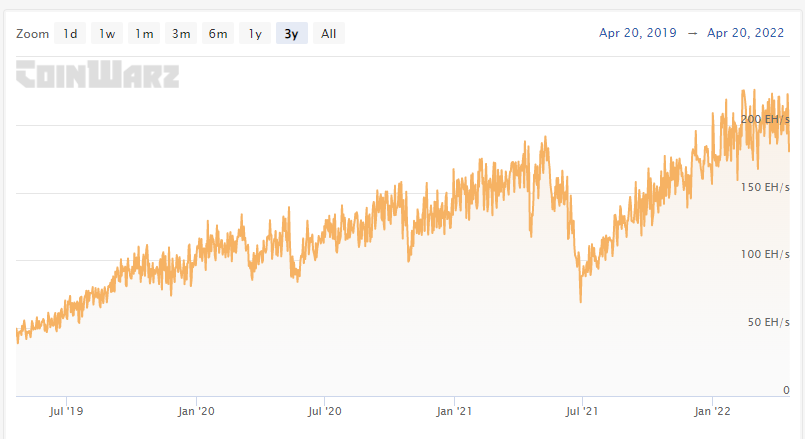 After plummeting to a significant low in June 2021, Bitcoin’s hashrate witnessed a tremendous leap as depicted in the 1-year chart. 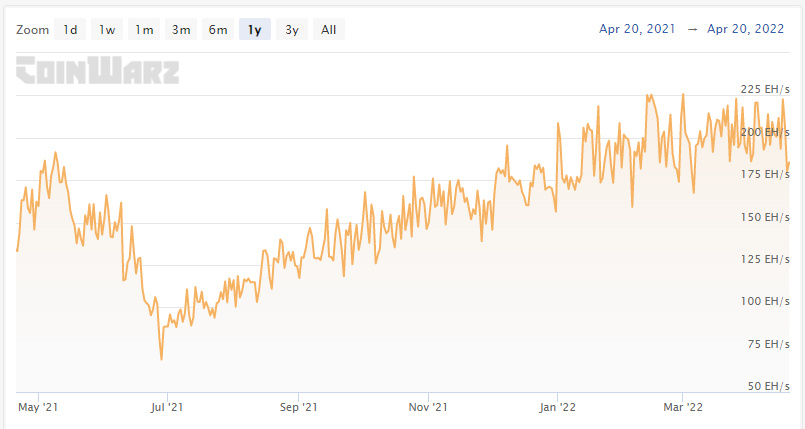 The BitMEX report also stated that the high hashrate would not affect the price of Bitcoin, which stands to be true. The spike in the current hashrate would only conclude that more and more miners are joining the network for mining the tokens due to higher mining rewards.

Furthermore, the higher hashrate would only mean the need for more computing power, making the network more secure, distributed, and difficult to hack.

Notably, Bitcoin has witnessed some major price changes in the last few months. The price of BTC has witnessed severe volatility in 2022 so far. With BTC’s price going as high as $47,603 to an extreme low of $34,740.

The Awesome Oscillator (AO) substantiates this data as it points towards a combination of bullish and bearish movements in the market. The Relative Strength Index (RSI) further shows frequent fluctuations and movements between the overbought and oversold areas.

With Bitcoin experiencing massive price fluctuations, it is expected that the token will witness a slow and steady rise before it finally crosses the $50,000 level.

However, with the rising hashrate by the end of 2022 as per BitMEX, the token’s network is expected to be more secure. Thus, it can be speculated that the price of the token may remain unaffected and not experience any sudden price movements.