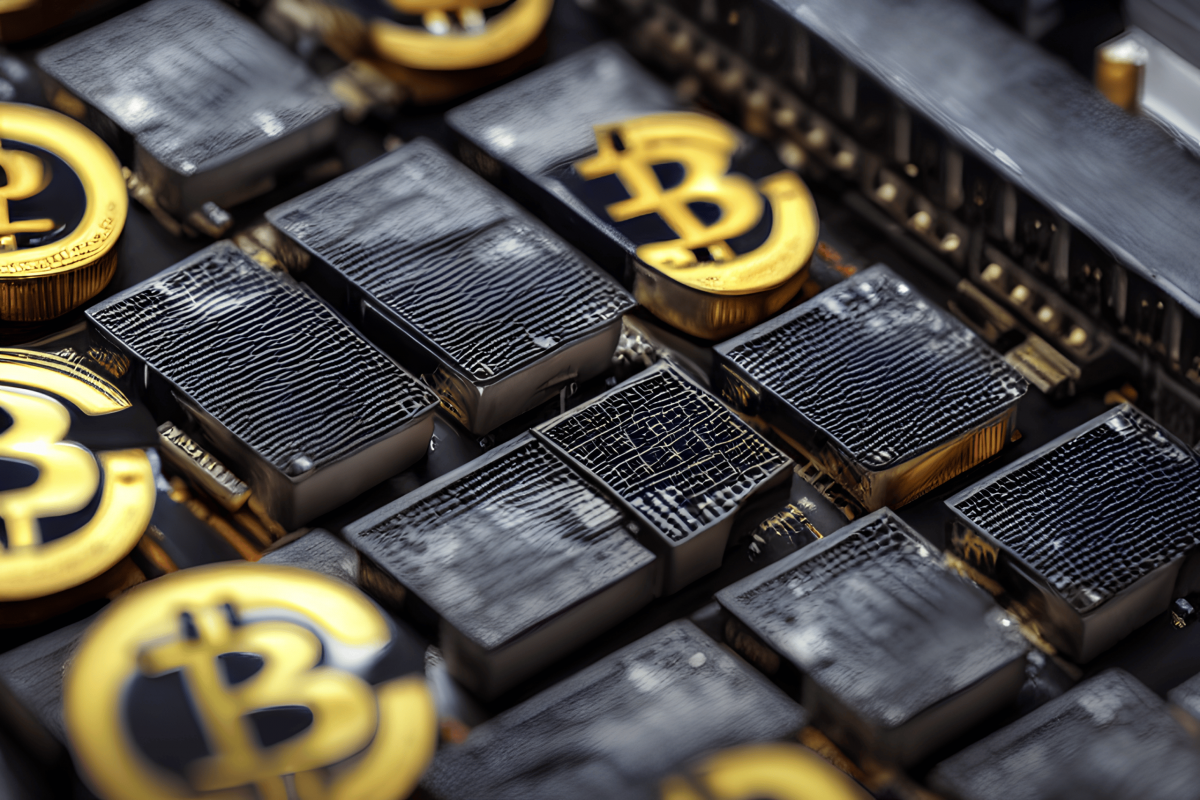 Throughout January, the USDT Dominance metric has been forced lower from 8.79% to 8.12% at press time. This represented a 7% drop and signified crypto market participants were willing to buy crypto with their stablecoins. This explained the gains Bitcoin and many altcoins witnessed over the past week.

The low realized volatility for Bitcoin meant an explosive move could be around the corner. Such a move could catch many traders offside. A daily session close above $17.8k would be the first step for a push past the $20k area. 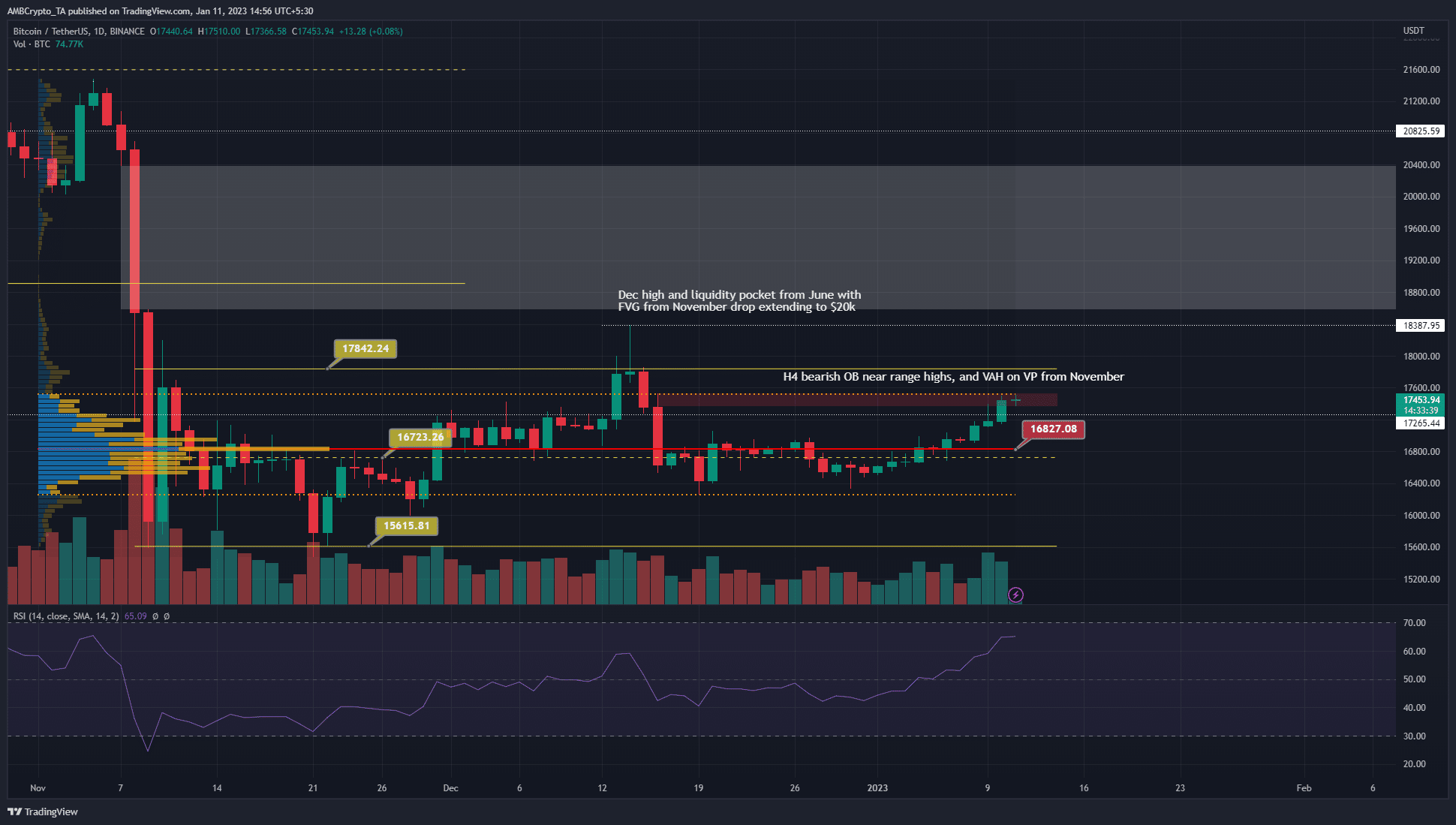 The Fixed Range Volume Profile was plotted from 1 November to the day of writing and showed the Value Area High at $17,50. The Point of Control was at $16,827 and the Value Area Low was at $16,260. The VAL has already been respected as support in mid-December.

On 8 January, Bitcoin rose above the $17k mark and the RSI also showed strong bullish momentum in the past few days. However, trading volume was not high and remained near the average of the past two months’ daily volume. This could change should BTC breakout past the range high.

Are your holdings in Profit? Check the BTC Profit Calculator

The area demarcated by the red box showed a bearish order block on the four-hour chart that extended upward to $17,531. This was close to the VAH, which lent it more significance.

The MVRV ratio tiptoes back into positive territory

Santiment data showed the 90-day MVRV ratio climbed back into positive territory. The last time this happened was in early November, before the huge wave of selling that followed the FTX implosion.

Additionally, it remained to be seen where exactly holders will look to take profit as BTC climbs higher, but the $17.8k and $18.4k levels are worth watching. 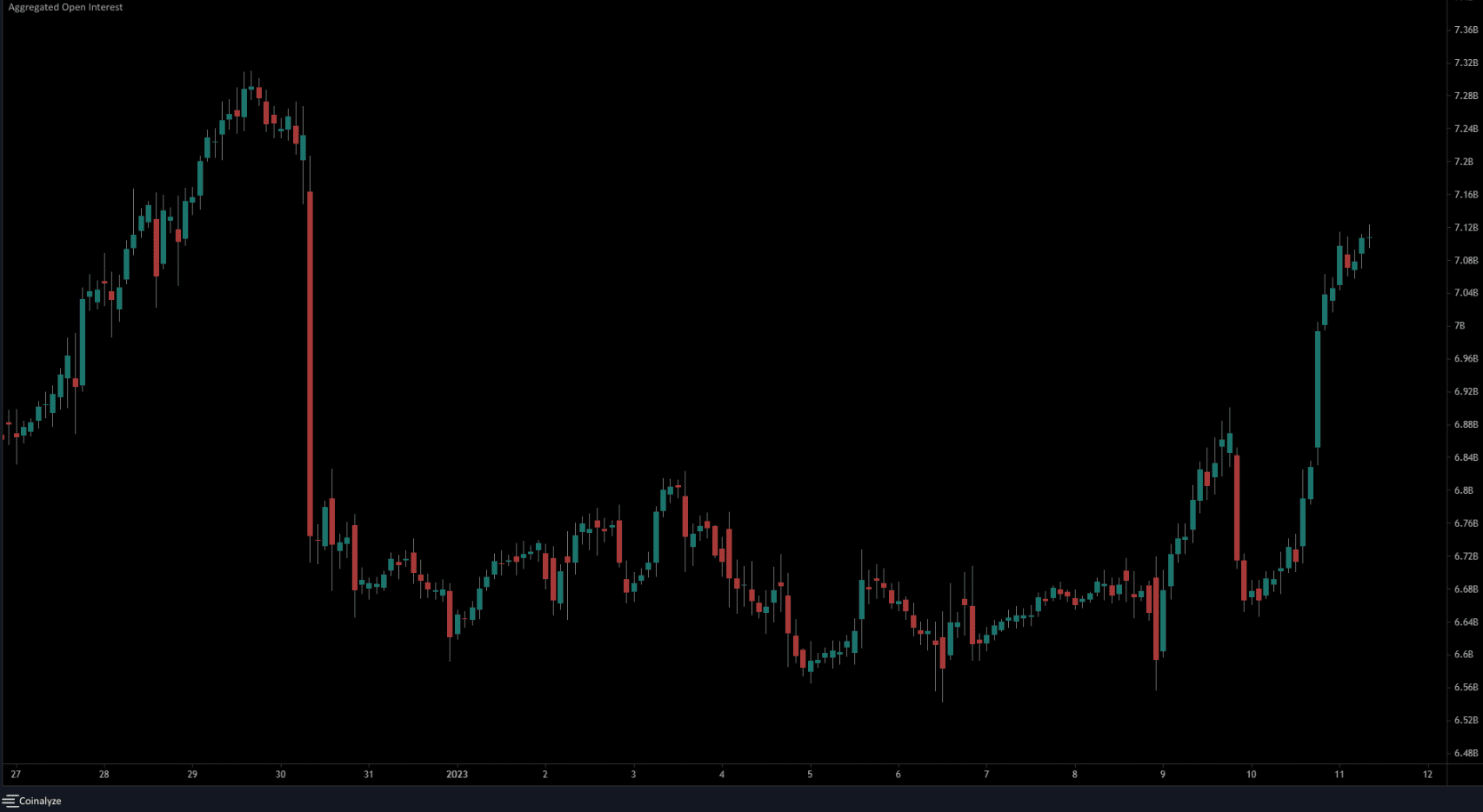 In recent days, the Open Interest also climbed alongside the price to show bullish sentiment on the lower timeframes. This could see a move above the range highs, but caution was still warranted.

Furthermore, just like in mid-December, the price could move to $18k to force short position liquidation, collect liquidity and reverse back into the range. Such a reversal could see the $15.8k mark revisited as well.

A true breakout past $17.8k would likely push to $20k and higher, given the inefficiency seen there on the charts based on the nosedive from early November.

Hold on, Solana is not dead just yet — this negates everything you know