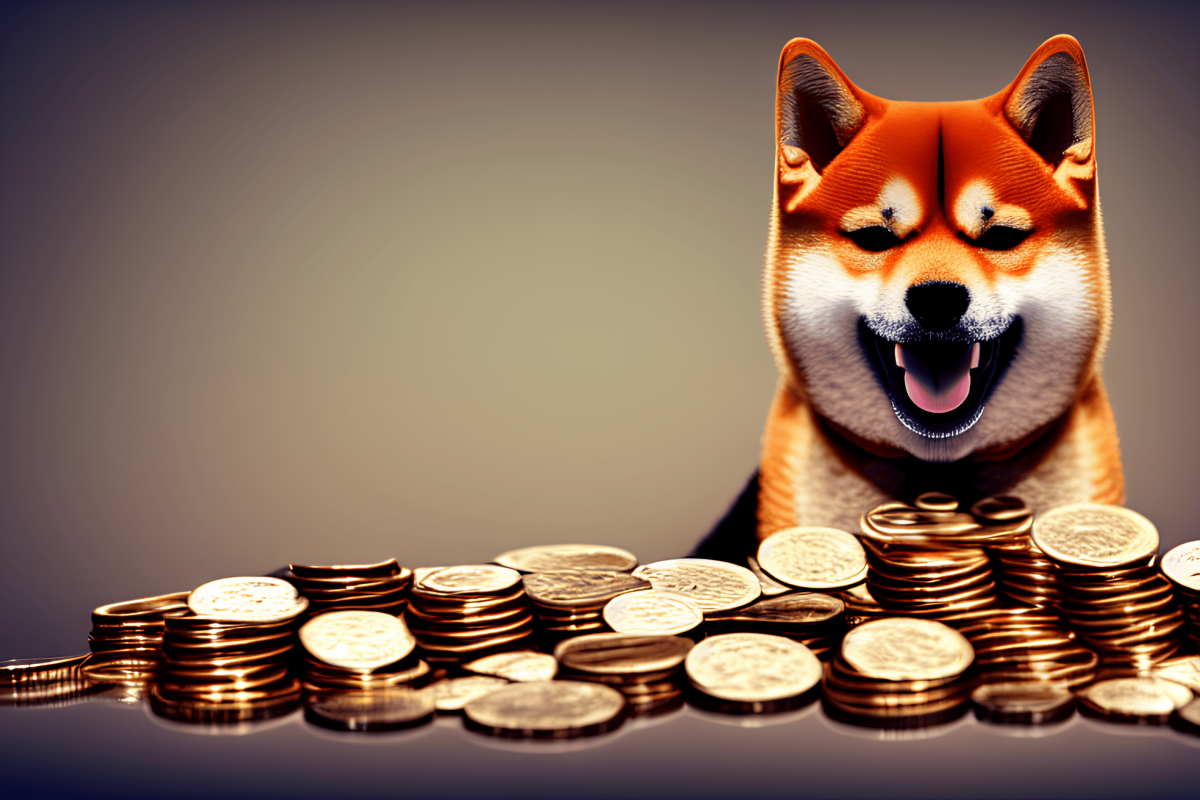 Shiba Inu‘s [SHIB] charts revealed that there was a possibility that it is in a long phase of accumulation on the price charts. It has been on a downtrend for nearly a year now and was down by nearly 90%, at press time. This downtrend has been interspersed by quick rallies, each of which was sold off just as quickly.

At press time, SHIB was trading just below a strong resistance level. Technical analysis suggested that a move south was likely, with key support areas highlighted on the chart too. 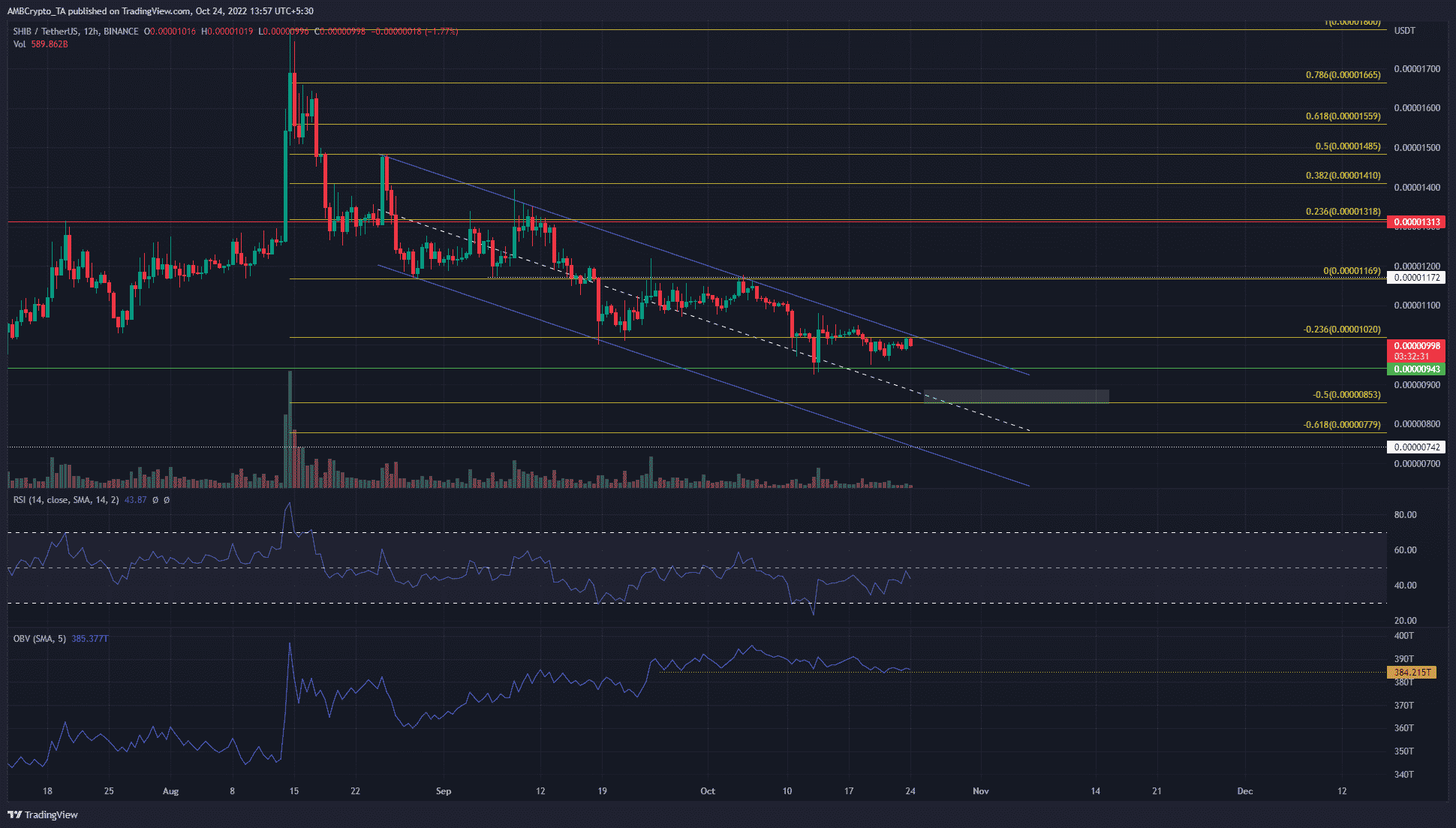 Over the past two months, the price has made a series of lower highs and lower lows on the charts. SHIB has been on a downtrend since mid-August. The key level at $0.0000117 was flipped to resistance in September.

In early October, the bulls tried yet again to drive prices above this resistance, but the bears were too strong. This rejection happened at a confluence of a significant horizontal level and the descending channel’s (blue) highs.

At press time, SHIB was at the channel resistance yet again. Moreover, the 23.6% Fibonacci extension level also had confluence with this resistance zone. The RSI has been under neutral 50 for the best part of the past two months.

In October, the OBV has made lower highs but was yet to break beneath a support level. If it does, it would be another indication that sellers have the upper hand and another leg lower could arrive for SHIB. On the other hand, the OBV has made higher lows since July.

The 180-day dormant circulation has seen multiple spikes in recent months. Due to the downtrend of SHIB since November last year, most of these surges have coincided with a sharp sell-off.

Ergo, the inference was that coins which have not been moved in a while were moved and sold. And yet, these spikes do not correspond to an uptick on the supply on exchanges metric.

In fact, the dormant circulation spike corresponded with a downward move on the supply on exchanges a few times. This indicated coins moved out of the exchanges into cold storage. Combined with the finding from the OBV, could it be that Shiba Inu is in an extended accumulation phase?

There are likely to be new lows for Shiba Inu on the charts. The crypto-market is not in a bullish phase yet, and long-time investors may have to bide their time and wait to bid at lower prices.

AAVE is up, but here’s why caution might serve investors well