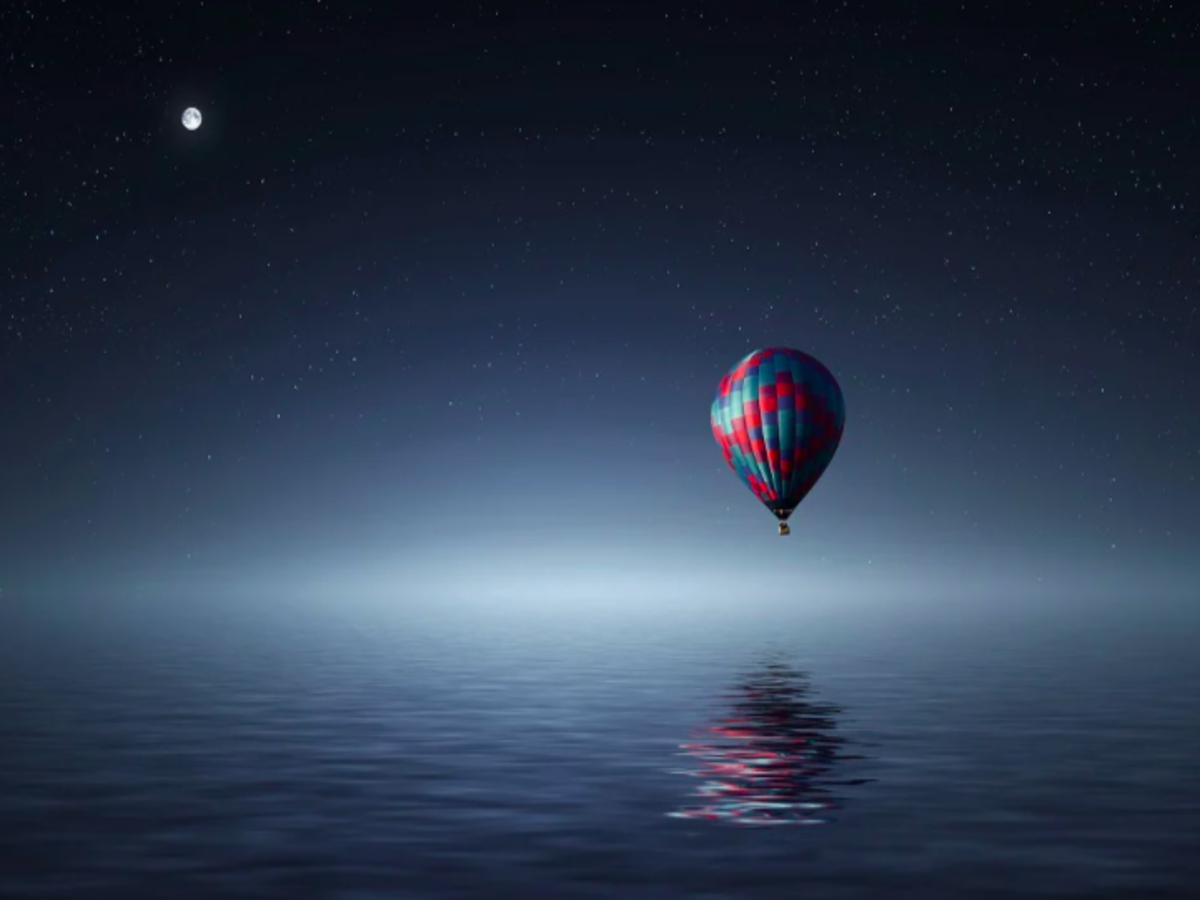 LUNA was the talk of the town in early November after it managed to breach the $50-mark and hit a new ATH. However, just like other altcoins, even LUNA couldn’t shield itself from the broader bearish sentiment. Since 14 November, the crypto has shed more than 20% of its value. At the time of writing, it was trading within the $40-bracket.

Keeping aside its of-late performance, it should be borne in mind that LUNA’s macro-uptrend still remains intact. In fact, post-Terra’s Columbus-5 upgrade, LUNA has seen smooth sailing.

TerraUSD, Terra’s native stablecoin, is backed by LUNA. So, in order to increase the supply of TerraUSD, LUNA tokens need to be burned. Conversely, more LUNA is minted when UST’s demand dips.

Here, it is to be noted that the burning strategy, isn’t new. Ethereum has had luck destroying its own coins post the EIP-1559 upgrade. In fact, after doing so, ETH too hit new highs before corrections set in.

Now, while the aforementioned mechanism is fundamentally great for cryptos, it’s worth remembering that LUNA wouldn’t become deflationary straight off the bat.

As per the latest data, 10% of LUNA’s supply is ‘officially gone‘ forever. Now, this comes as no surprise, especially since the community had voted and agreed to burn almost 89 million LUNA tokens.

1/ The on-chain votes for proposals 133 and 134 to burn the 88.675 million Pre-Col-5 $LUNA in the Community Pool (~$4.5 billion), swapping for $UST using the on-chain swap, and reducing the oracle_rewards_pool distribution window from 3 to 2 years have now passed!

The supply of LUNA is further set to decrease with time. But, that’s only half of the equation. Only if the demand parallelly increases would the whole ‘scarce asset’ narrative make sense.

Theoretically, yes. But, other key factors like the inflation rate and stock to flow ratio need to be considered before coming to a conclusion.

Consider this – In the month of September, LUNA’s S2F was seen hovering around the 18-mark. In October, the same inched up to 20. Interestingly, the same projected a value of 24, at the time of analysis. The improving state of this metric clearly highlights the shielded future of this altcoin.

The stock-to-flow model essentially quantifies scarcity by considering parameters like total supply and annual production. The higher the value, the better, and vice versa.

Similarly, the inflation rate has also slipped from 5.52% to 4.1% over the same timeframe. What this means is that LUNA’s long-term retention value has only been getting stronger with time.

Further, as per Messari’s data, in ten years’ time, the projected supply is set to remain 996 million while the issuance percentage would also revolve around 96%. If these projections indeed materialize, the token would be lauded for its deflationary nature.

What’s more, close to 36% of LUNA’s supply was staked, at the time of writing. Staking is a crucial factor because HODLers end up locking up coins for a specified period to fetch returns.

Now, as per data, LUNA’s staking yields currently revolve around 5%, which is decent enough to attract investors to buy more coins. Thus, the potential increase in demand is set to pull up the alt’s LT price even further.

Another set of positives

Terra network’s state of development activity has been pretty impressive, of late. The same was seen revolving around its yearly high, at the time of writing. This essentially means that developers are constantly working towards keeping the project relevant. Not only for sustenance, but for competition too.

Parallelly, it can also be observed that the total value of all the assets staked on the Terra protocol was close to its ATH, at the time of writing. 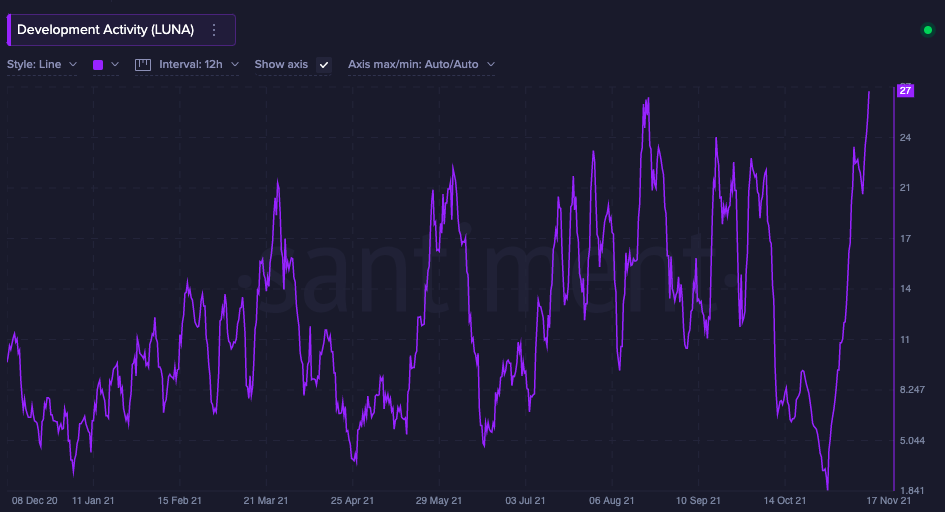 Thus, keeping in mind all the aforementioned factors, especially the whole burning mechanism, it wouldn’t be wrong to claim that LUNA’s future prospects seem to be quite bright.

It’s just a matter of time that the alt commands even more dominance in the market and inches even higher on the rankings and price chart.

Related Topics:LUNATerratoken burn
Up Next

VeChain subverts market expectations, but what does it mean