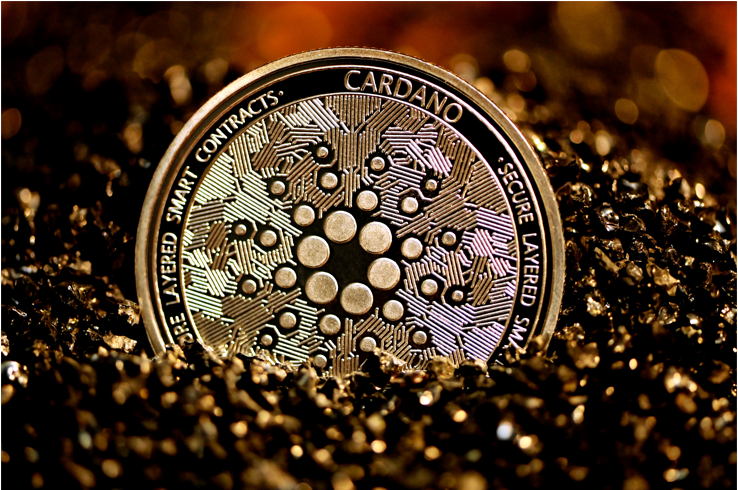 Cardano’s native cryptocurrency ADA extended its bearish performance for another week after breaking through its support line. However, the cryptocurrency is now showing signs of a potential trend reversal that might pave way for a bullish uptick.

ADA traded at $0.78 at the time of writing, which is roughly 36% below its $1.24 peak in April. It delivered a bearish performance during the month, undoing the gains that it achieved during the March rally.

ADA had been trading in a megaphone pattern since February, with its price restricted between support and resistance. However, it broke out of the range in favor of more downside during the last week of March. ADA’s latest price action suggests that it might be about to bounce back from its current lows. 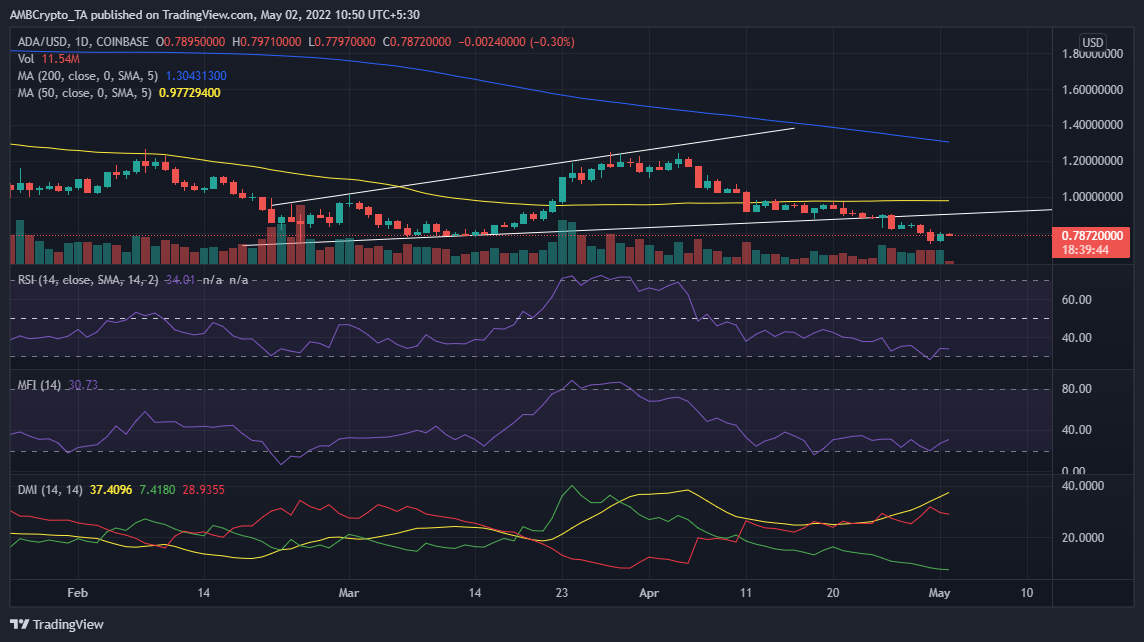 The bullish reversal expectations are based on oversold conditions. ADA’s RSI briefly dipped below 30 on 30 April, while the MFI indicator flirted with the accumulation zone after briefly dropping to 19. ADA’s DMI confirms that the price action has been heavily bearish in the last few weeks but –DI recently pulled below the ADX. This suggests that the bears are losing momentum and might give way to the bulls.

What can on-chain metrics tell us about ADA’s current position?

ADA’s MVRV ratio closed in April at its lowest point during the month. This suggests that very few ADA holders were in profit at its end-month price levels. Its 2-year dormant circulation metric shows an uptick between 22 and 24 April, meaning a significant amount of ADA was moved during that time. The price continued to dip further after that.

ADA’s Dormant supply metric remained relatively inactive in the last few days. This is a sign that long-term HODLers are not selling at lower prices and are perhaps waiting for an uptick. A closer evaluation of ADA’s supply distribution reveals that accounts holding between 100,000 and 1 million coins dropped during the month.

The supply distribution for larger accounts above 1 million shows an increase, especially in the last two weeks. This is confirmation that whales have been accumulating at the lower price levels.

A higher concentration of ADA’s supply in large accounts aligns with the oversold conditions according to its indicators. However, this is still not a guarantee that ADA is done with its downside. There is still room for the bears to flex their muscles a bit, especially in case of a long position shakedown.

Is crypto now a ‘bad word’ and DeFi ‘even worse’

Australia’s CoinJar is latest to use SHIB for promotional purposes