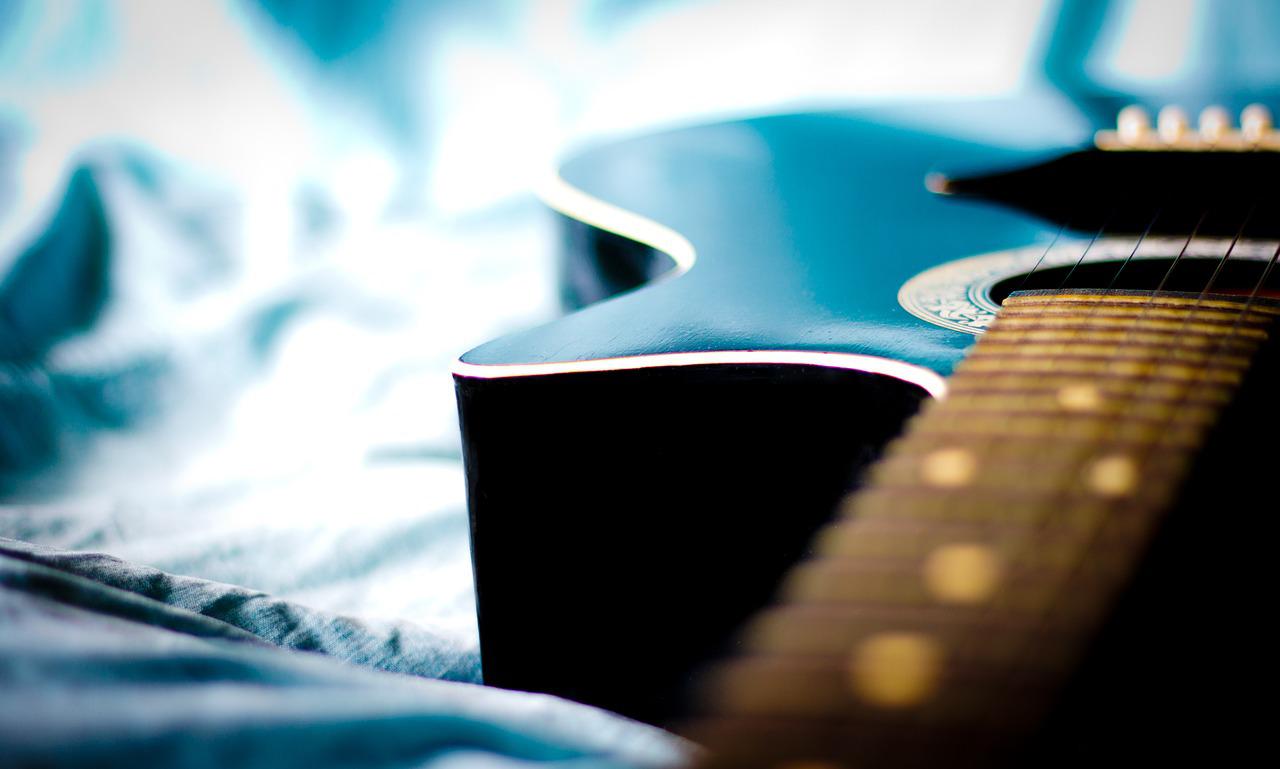 There have been some positive developments behind Cardano in the past few days. The Cardano community had voted on the Project Catalyst Fund seven back in March and will soon be voting on Fund eight. This venture will be used to develop the Cardano ecosystem, with a particular focus on the NFT arena.

Another bit of positive news was that, in April, addresses holding ADA rose to an all-time high of 5.2 million. Yet, there have been accusations leveled at Cardano for being a “ghost chain”.

On the charts as well, ADA fared poorly as the downtrend from November continued to persist. 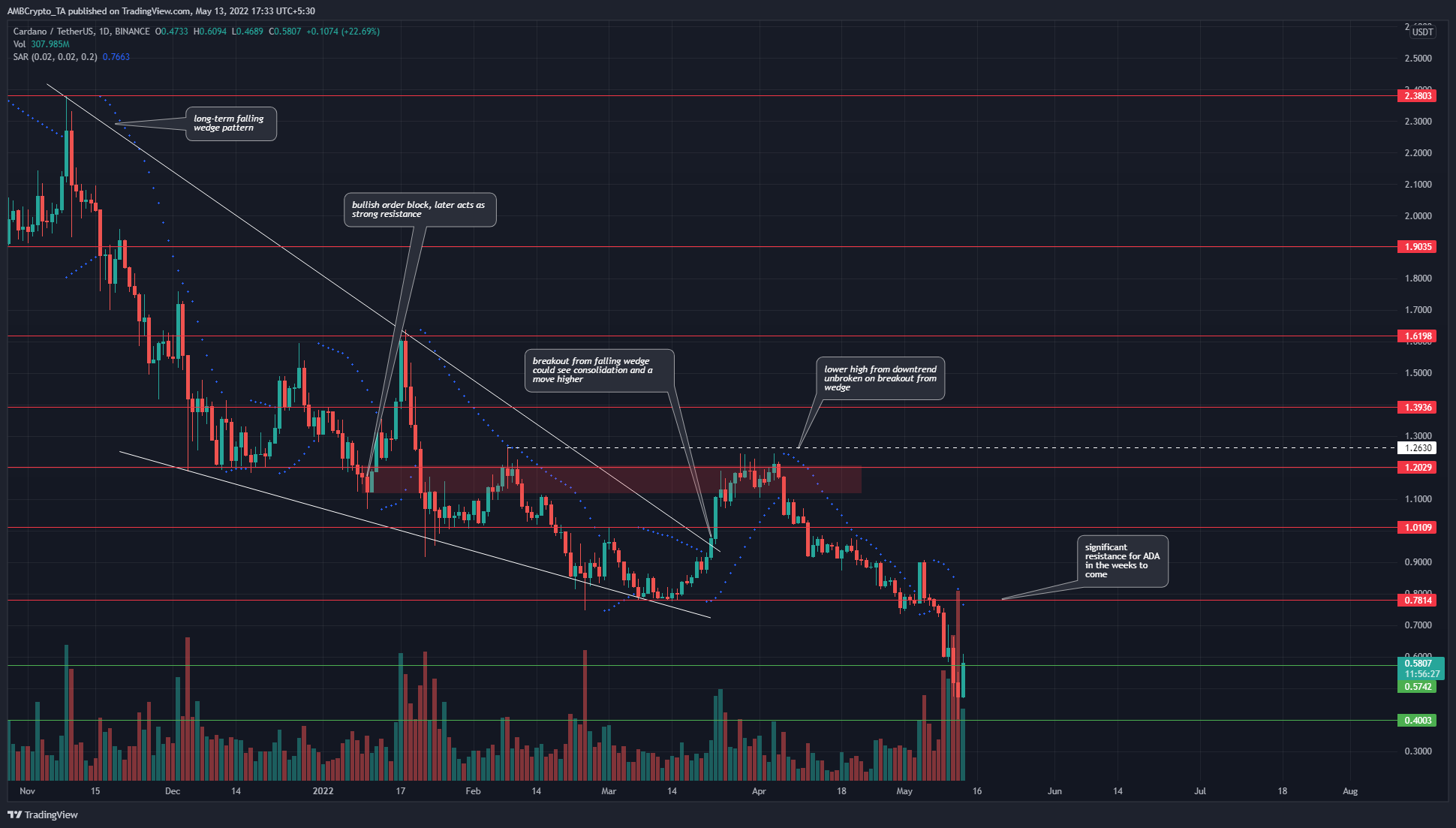 The falling wedge pattern appeared to see a breakout in mid-March, but this rally was unable to break a key level at the $1.26 mark. Sellers were emboldened by this development and were relentless since then, and managed to drive ADA as far south as $0.4.

At the time of writing, the entire crypto market saw a relief rally and ADA was one of the coins that posted double-digit percentage gains within a 24-hour span. However, the trend and market structure remain overwhelmingly bearish. The $0.8-$0.9 could offer opportunities to sell or to short. 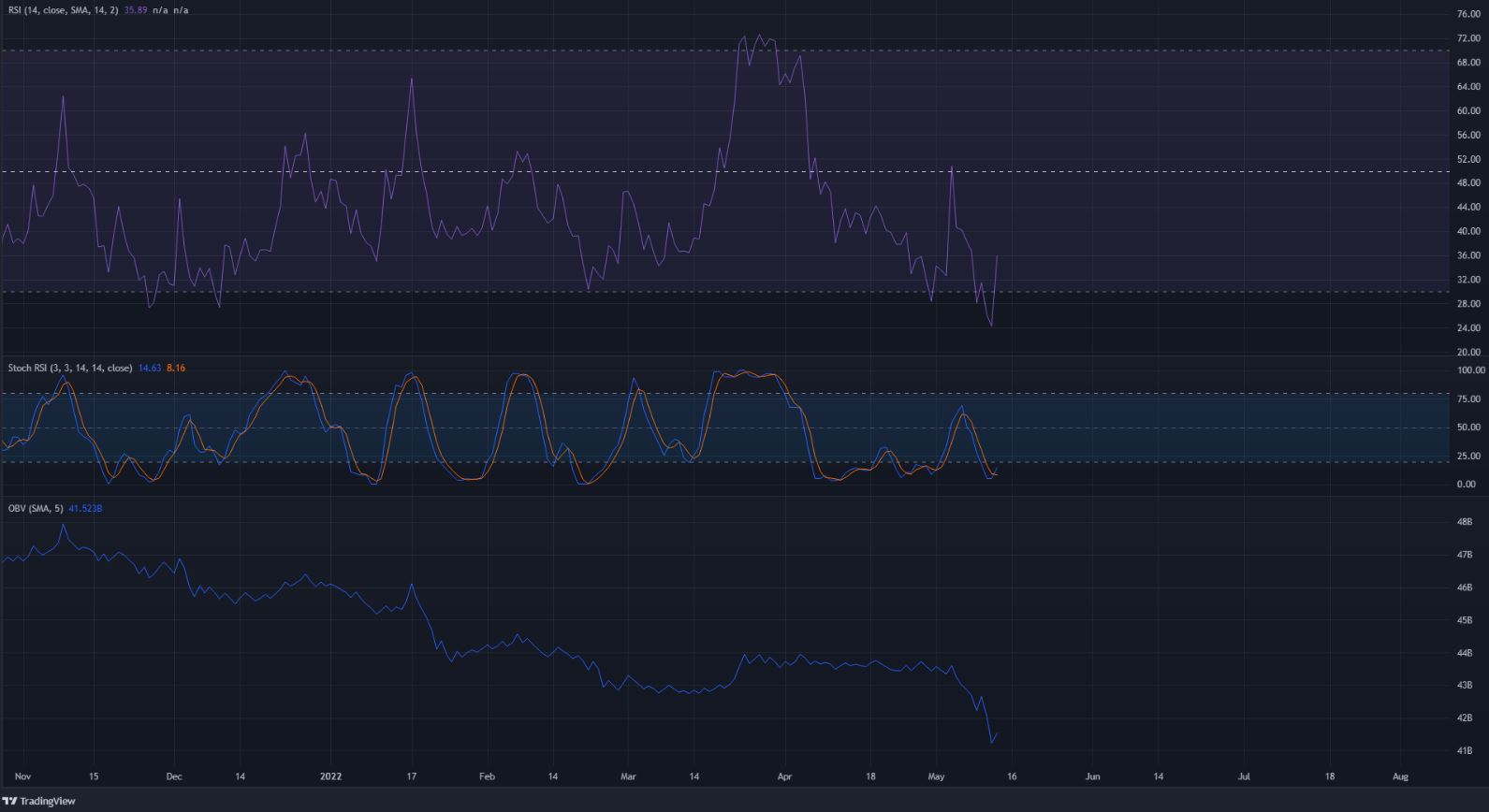 The mid-March rally was the only time in 2022 where the RSI managed to stay above the neutral 50 line for more than a few days straight. Otherwise, the RSI was beneath this mark to signify the presence of a bearish trend. At the time of writing, the RSI was recovering from a drop to 24.24.

The Stochastic RSI also formed a bullish crossover in the oversold territory, in response to the bounce from the $0.4 mark. However, the OBV was in a free fall in recent days and showed no signs of recovery yet.

Buyers beware, as the trend favored the sellers. Winter had arrived months ago, and there were no signs of a thaw yet, let alone spring. The bearish structure would be broken if ADA can climb past the $0.9 mark, in which case the $0.6 and $0.78 levels could be retested as support.

Maker [MKR]: As one of the rare alts in the green, here’s what you should know

Chainlink: How a ‘price discrepancy’ resulted in millions lost from DeFi protocols