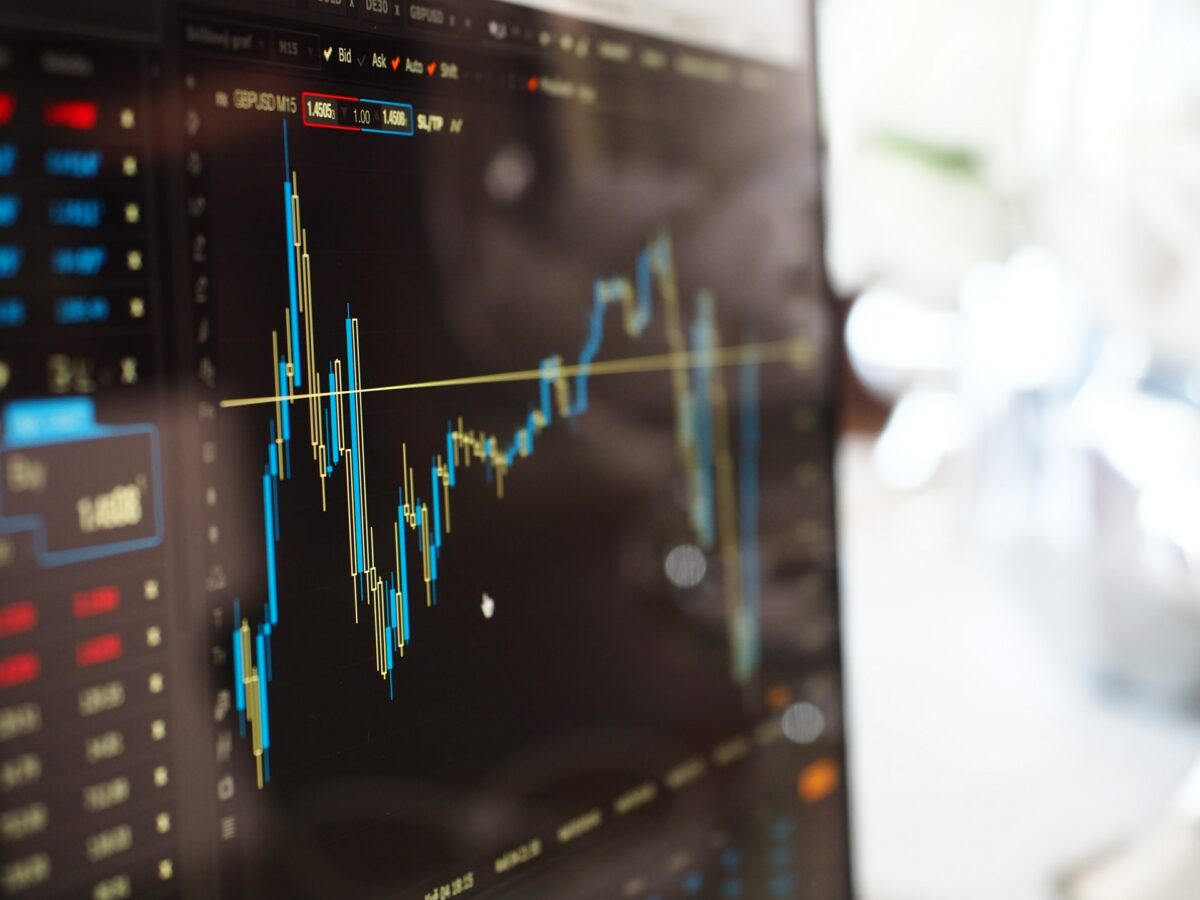 Market-wide bearish sentiment continues to plague smaller alts like Chainlink and Dash. Prices have slipped below critical support levels on the charts for both these coins and any recovery seems difficult. However, altcoins like Algorand have been holding on to some of their positivity, with the charts implying that any small trigger could push the price back up. 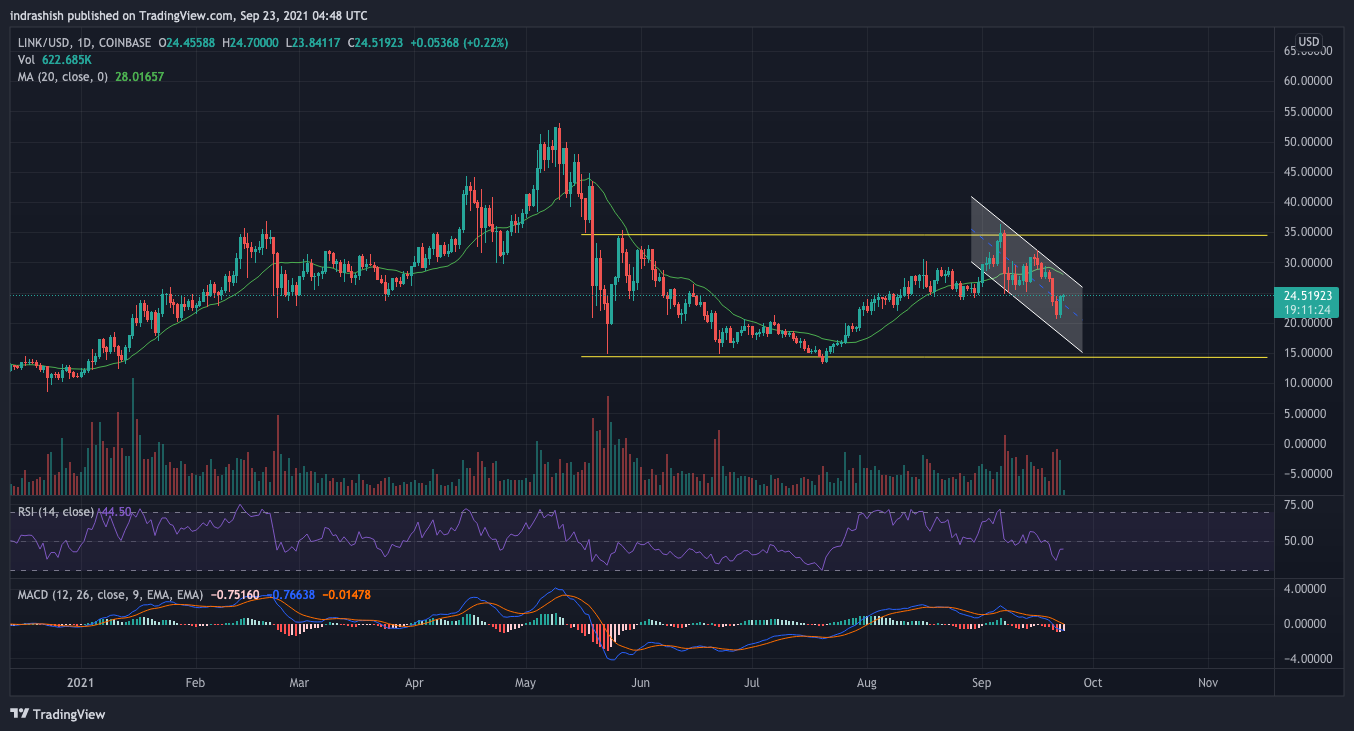 The LINK/USD currency pair has been facing some trouble for quite some time. It can be expected to face more selling pressure. As indicated by the white channel, it is clear that the current trend is on a downward trajectory. The price has been creating lower tops and lower bottoms, a very strong indicator of short-term bearishness.

The price can find immediate support around $15 but will face stiff resistance on the upside near $35-levels as indicated by the yellow trend lines.

Even the indicators had turned bearish at press time. The Relative Strength Index touched 36 before recovering slightly. The MACD recorded a bearish crossover a few weeks ago and breached the negative zone.

Chainlink‘s price, at the time of writing, was trading below the 20-day Moving Average (green) which would also act as a level of resistance in case of any attempts at recovery. Overall, sentiments seemed to be heavily bearish for the LINK/USD currency pair. 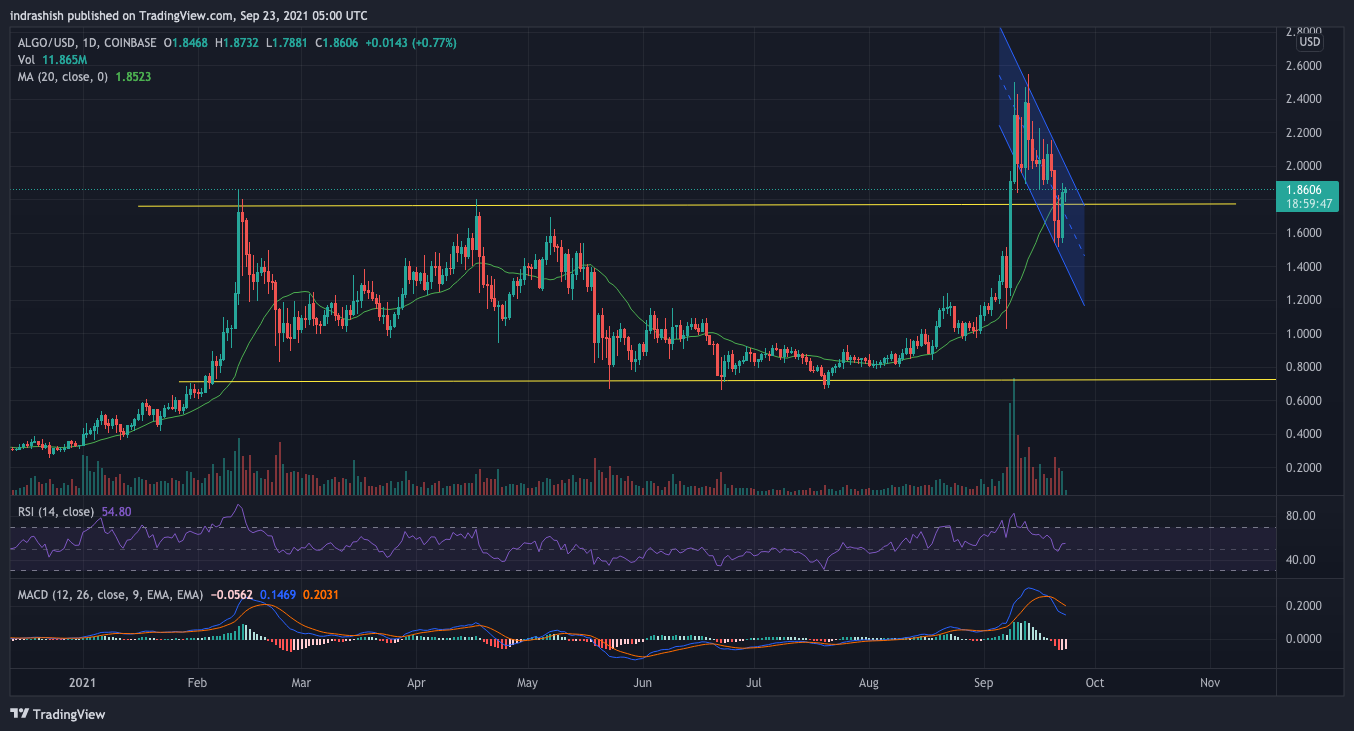 The ALGO/USD currency pair is one of the few alts in the market which has not lost out on all its bullish momentum. In fact, it hit its new all-time high a day after most cryptocurrencies corrected significantly after El Salvador’s Bitcoin Day.

However, it saw a correction soon after and at press time, was trading at its immediate support level around $1.7-$1.8.

In the case of Algorand, the indicators had not turned completely bearish yet. The Relative Strength Index was still running well above 50 and any little positive trigger would help regain its momentum. Even the MACD following a bearish crossover was well within the positive territory.

The price briefly crossed below the 20-day Moving Average (green) but later recovered back above the same. 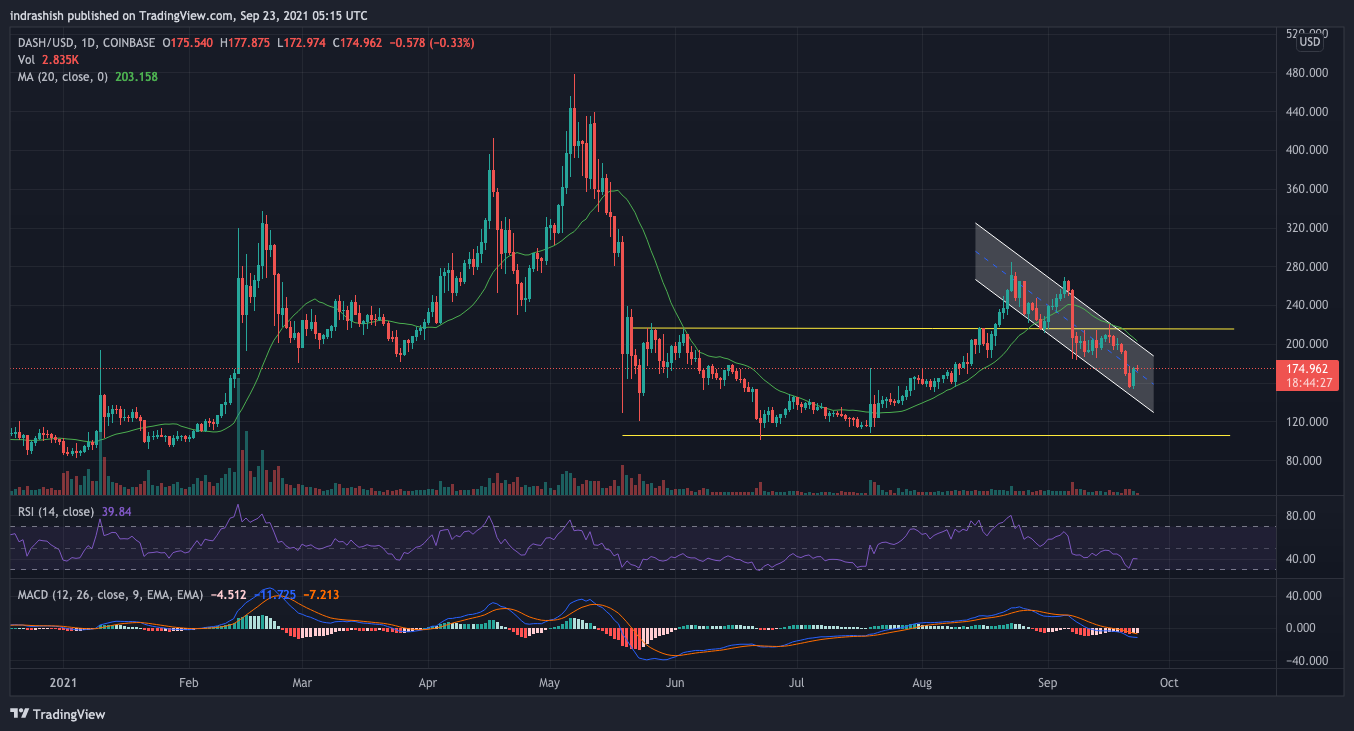 Much like the rest of the cryptocurrency market, the DASH/USD currency pair has been on a gradual downturn too. As indicated by the white channel, the price has been making lower tops and lower bottoms continuously. Nearly two weeks ago, the price broke down below the crucial support level of $215.

The next logical level of support would be $107.

Even the indicators suggested similar bearishness. The Relative Strength Index touched a low of 30 before recovering slightly back to current levels. Even the MACD had broken down into the negative territory after suffering a bearish crossover nearly a month back.

The price also broke down significantly below the 20-day Moving Average (green).

Bitcoin v. S&P 500: ‘This seems like an overreaction by speculators if…’