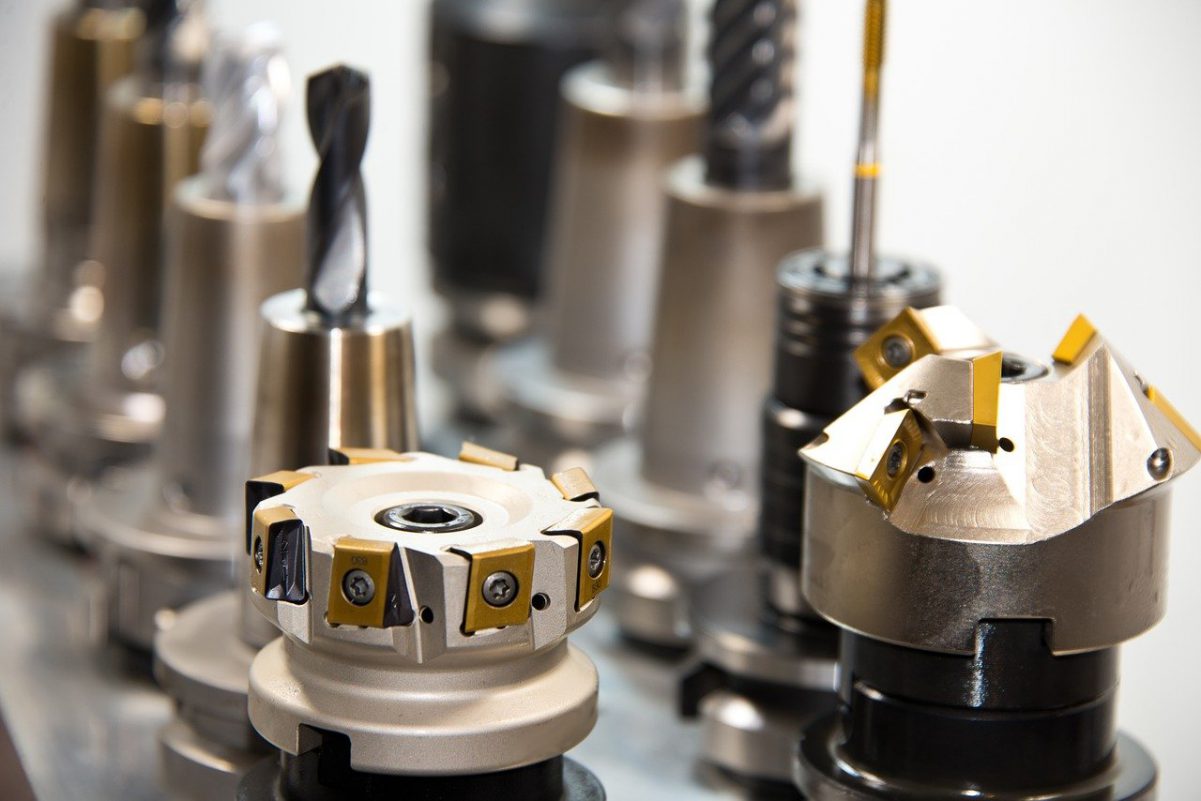 Bitcoin rose above $23,000 once more but the altcoin market posted losses over the same time period. At press time, the king coin was being traded at $23,561 with a 24-hour trading volume of $26.9 billion.

Chainlink bounced off a level of support but bears were determined to drive the prices further down. Dash also labored under bearish pressure, while Synthetix was in the minority as it posted gains in recent hours. 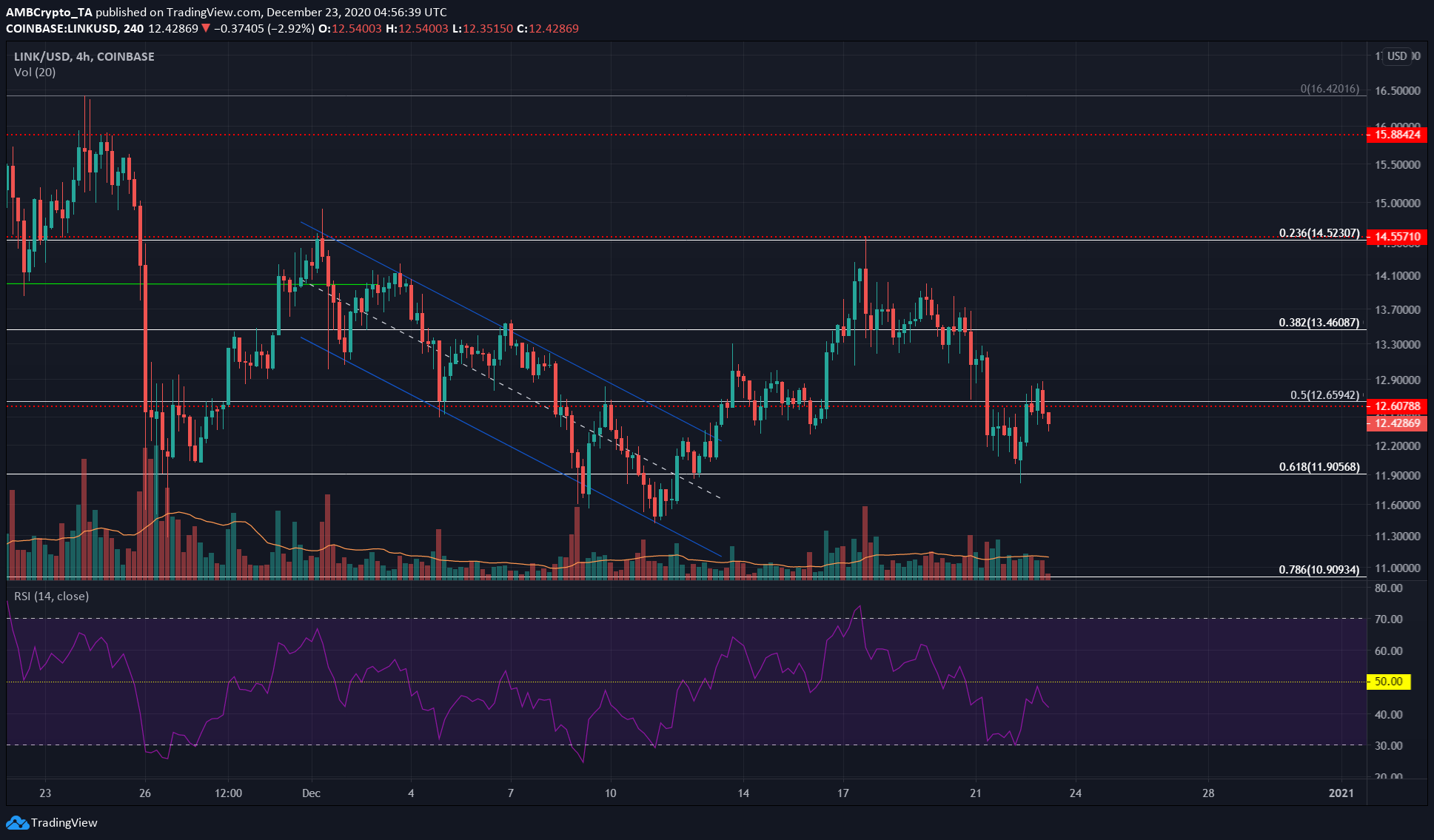 LINK found support at the $11.9 level and bounced past the $12.65 level of resistance. This bounce was halted by selling pressure at the $12.8 mark, and rejection in that region meant that LINK could be headed back toward $11.9.

The RSI did not rise above the neutral 50 and indicated that the downtrend was still in progress. It showed a value of 43 at the time of writing and could sink lower alongside the price.

In related news, RedFOX Labs announced that they will run their own Chainlink node, in order to broadcast esports data captured by their API directly onto the various other blockchains while also being able to cryptographically prove that the data originated from a RedFOX API. 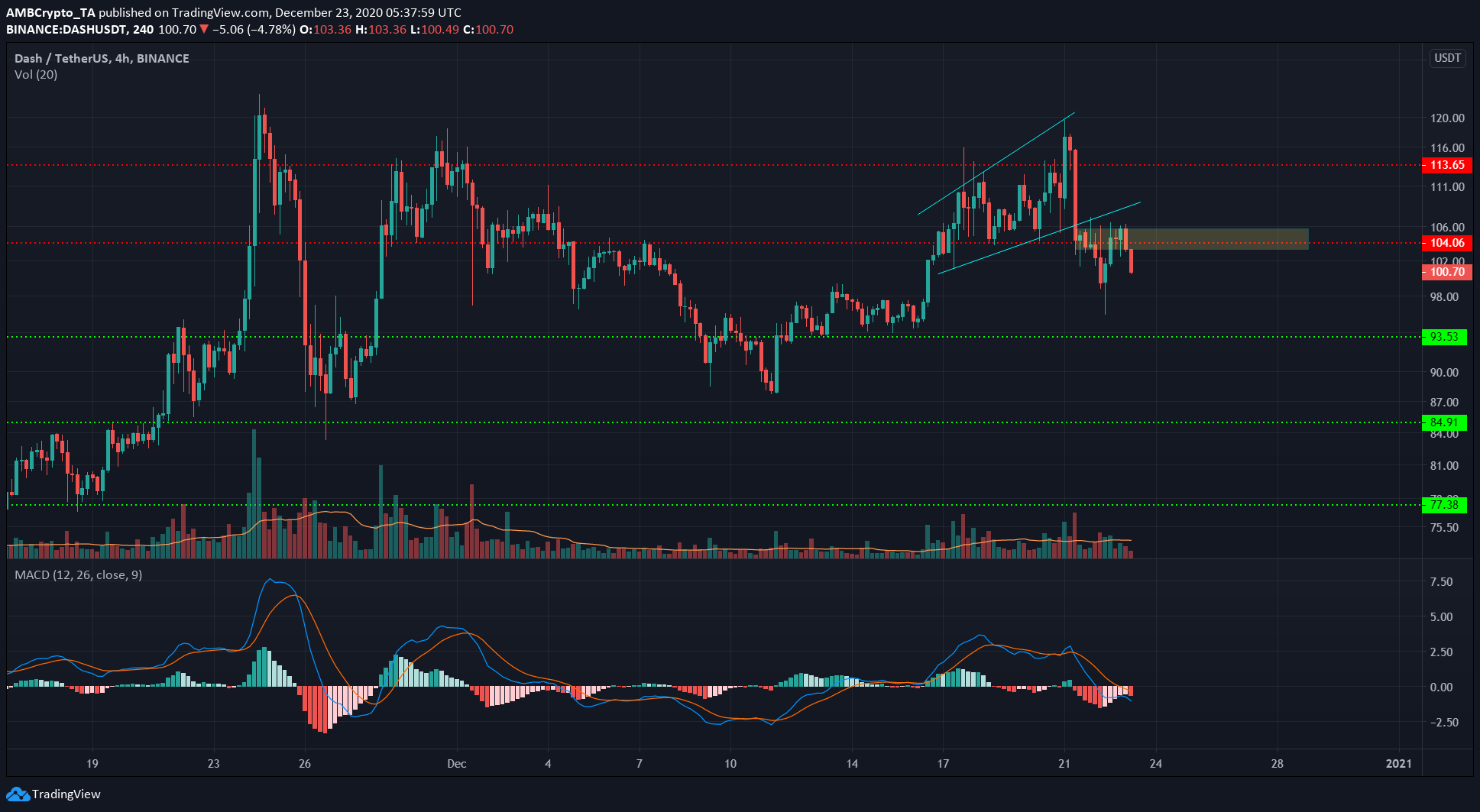 DASH formed an ascending broadening wedge. This pattern more often sees a downward breakout, and in this instance, a downward move occurred after the price surged to $119, and a few hours later plunged to $104 level of support.

The highlighted region is a pocket of liquidity that has presaged a move for DASH over the past month. As DASH dropped beneath this region with strong bearish momentum, and with the psychological $100 being threatened, the short-term outlook was definitely bearish.

The price has already seen a candlewick as low as $96 that was pushed up by the bulls. It was likely that it would occur once more, and could also see the $93.5 support tested. 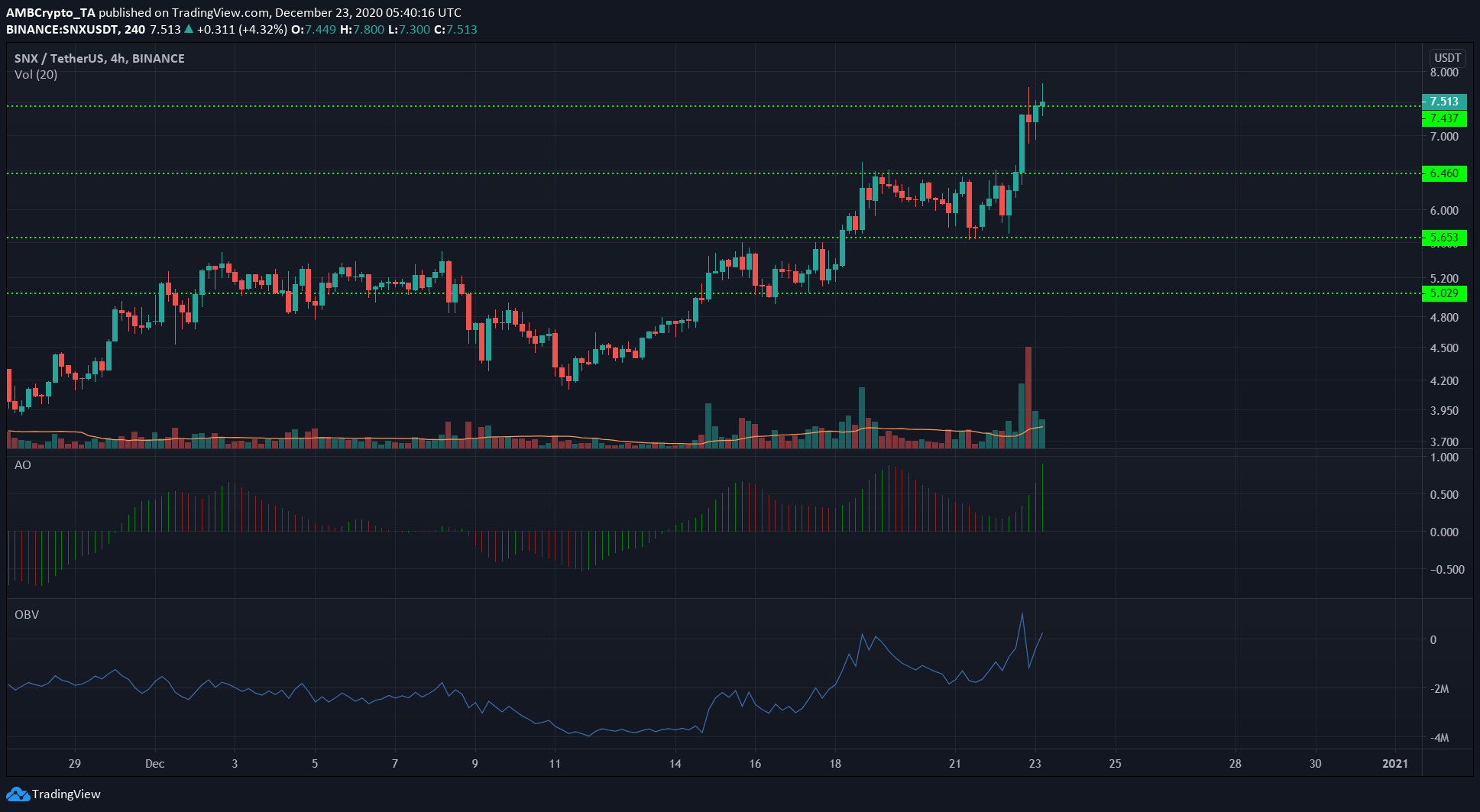 Synthetix smashed past the $6.46 level of resistance and climbed past the $7.4 level as well within the past 24 hours. The momentum was bullish for SNX, and the higher lows on the OBV showed that this ascent was backed by rising buying volume.